Even though BBC closed its VR Hub in 2019, two years after it was launched, the results of the experience continue to be available, some freely, as the impressive 1943 Berlin Blitz. 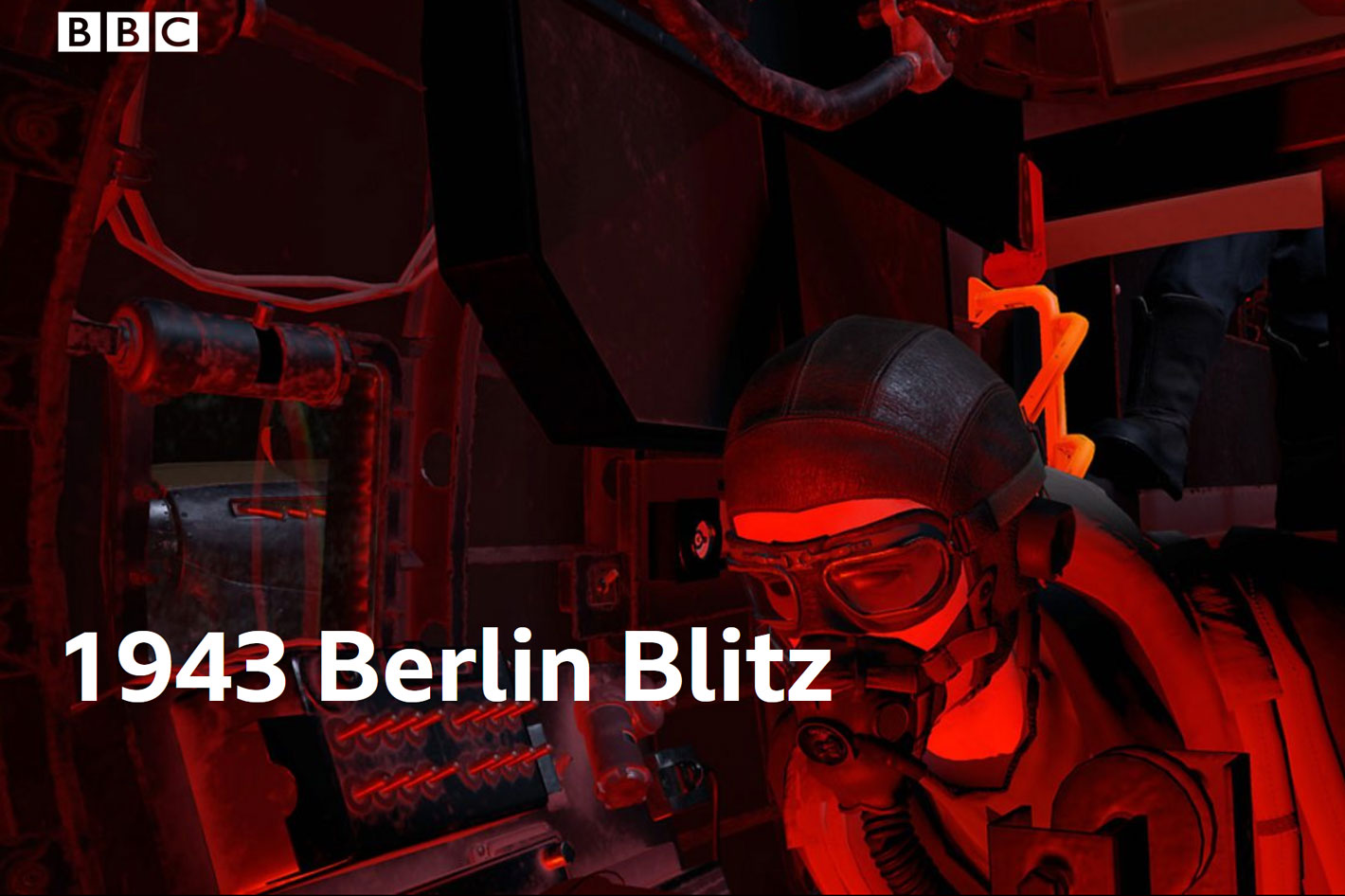 In September 1943, BBC war correspondent Wynford Vaughan-Thomas boarded a Lancaster bomber with his recording engineer and a microphone. Now, thanks to VR, you can experience the journey.

One of the most immersive experiences you can have in Virtual Reality, BBC’s 1943 Berlin Blitz is an excellent example of how a piece of radio journalism can gain a new life using a technology developed decades later. Released in 2018, 1943 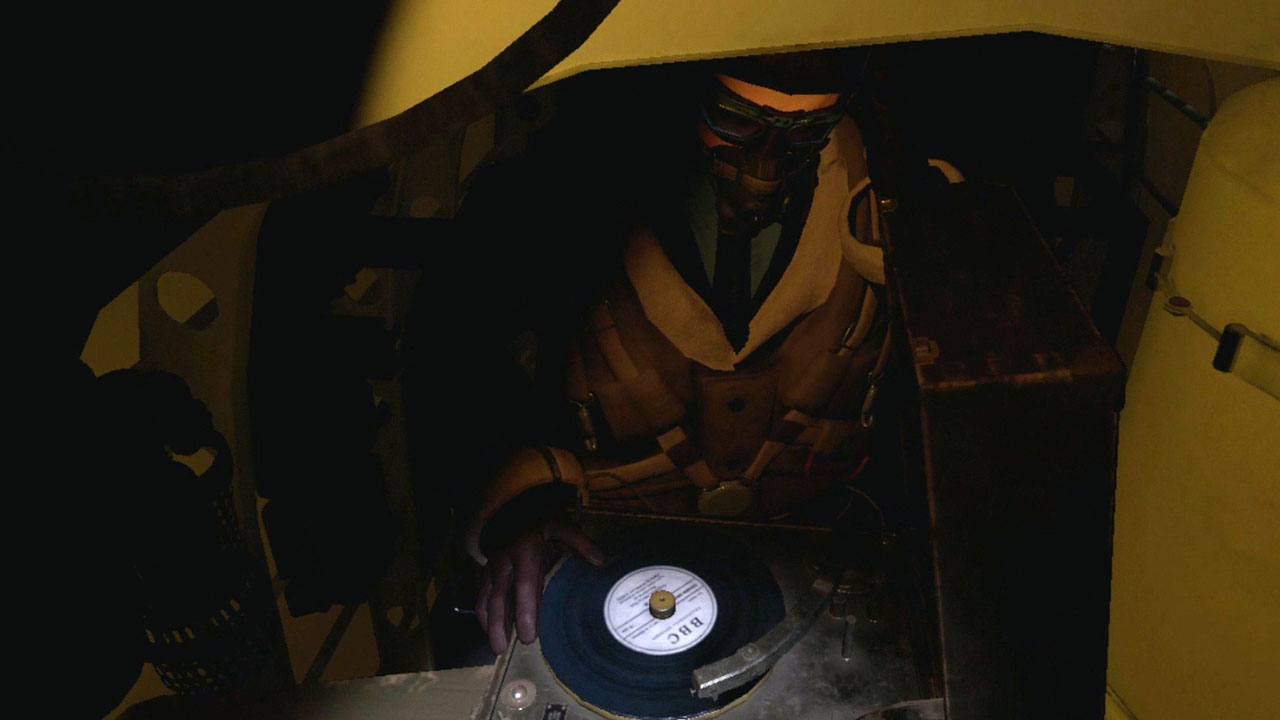 Berlin Blitz, is a powerful virtual reality film from the BBC, in which viewers are invited to an extraordinary opportunity: immerse yourself in a genuine mission at the height of the Second World War, as you join the RAF on a bombing run during the Berlin Blitz.

In 1943 Berlin Blitz, viewers are put in the footsteps of BBC war reporter, Wynford Vaughan-Thomas, and sound recordist, Reg Pidsley, as they document their flight on a terrifying mission over Berlin. Join the crew to fly to the heart of Nazi-occupied Europe, as they endure endless flak and a night fighter attack. Listen to the original recordings documenting the terrible ordeal – a major night-time bombing raid over Berlin, described by Vaughan-Thomas as “the most beautifully horrible sight I’ve ever seen.”

Taken from the BBC Archive, Wynford’s commentary was one of the most ambitious and dangerous reports made during World War Two giving crucial insight into the war to those listening at home. The original radio broadcast went out over the airwaves on 4 September 1943, just a few hours after the plane landed safely back at RAF Langar in Nottinghamshire. 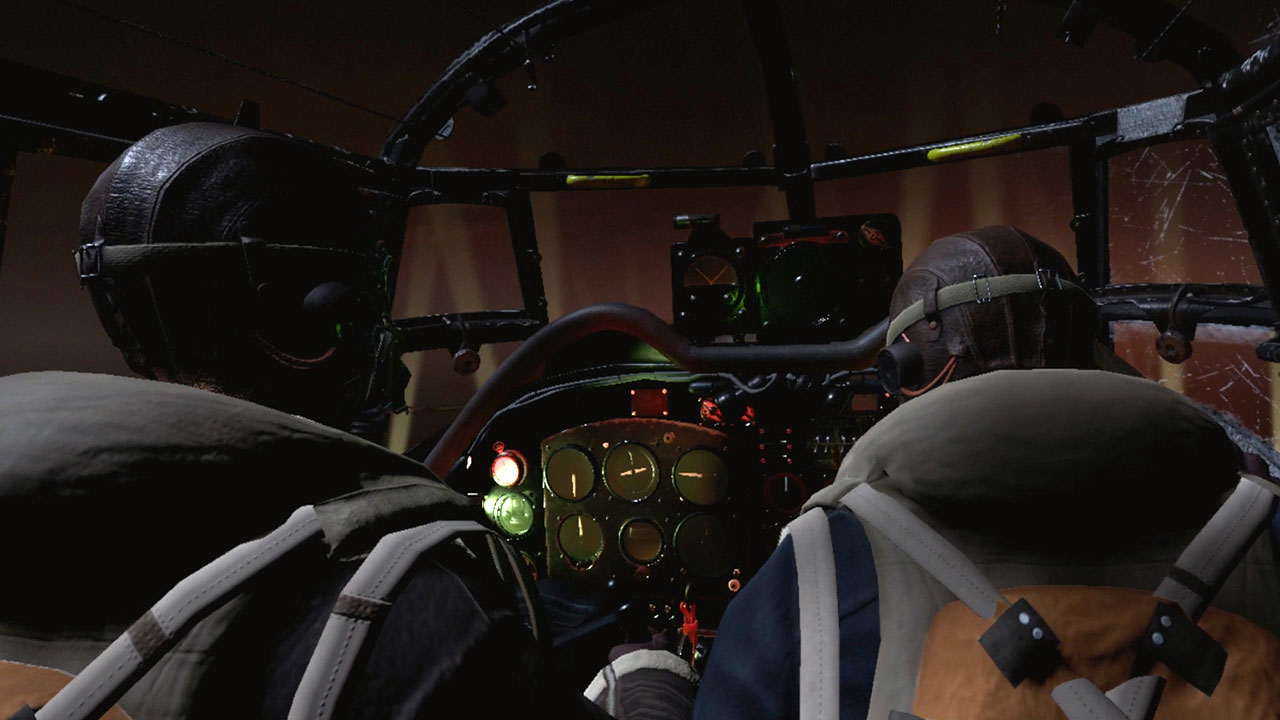 Into the belly of the Lancaster bomber

The VR experience “adds a vivid, tangible dimension to an exceptional and extraordinary piece of journalism, and brings the past and future together beautifully – using a 75-year-old broadcast to demonstrate the very best of what this new form of storytelling has to offer” said Zillah Watson Head of the BBC VR Hub, when the title was released.

Viewers will experience the jeopardy and the excitement of the bombing raid, as VR transports them into the belly of Lancaster bomber ‘F for Freddie’. As the plane flies high over Berlin while anti-aircraft shells burst all around, the sense of danger is palpable, and justified – just four months after this flight F for Freddie was shot down over Stettin.

The Lancaster was the most successful heavy bomber employed by the RAF in World War Two and, along with the Spitfire, became something of a British icon in the wake of the war. More than 7,000 of the planes were built, flying upwards of 150,000 sorties.

Created by BBC Northern Ireland and Immersive VR Education, in partnership with BBC VR Hub, 1943 Berlin Blitz marks the 100th anniversary of the RAF and the brave, bold and groundbreaking journalism the BBC is built on. Wynford Vaughan-Thomas’s original radio programme is available to listen in full from Radio 4 Extra on BBC iPlayer Radio. 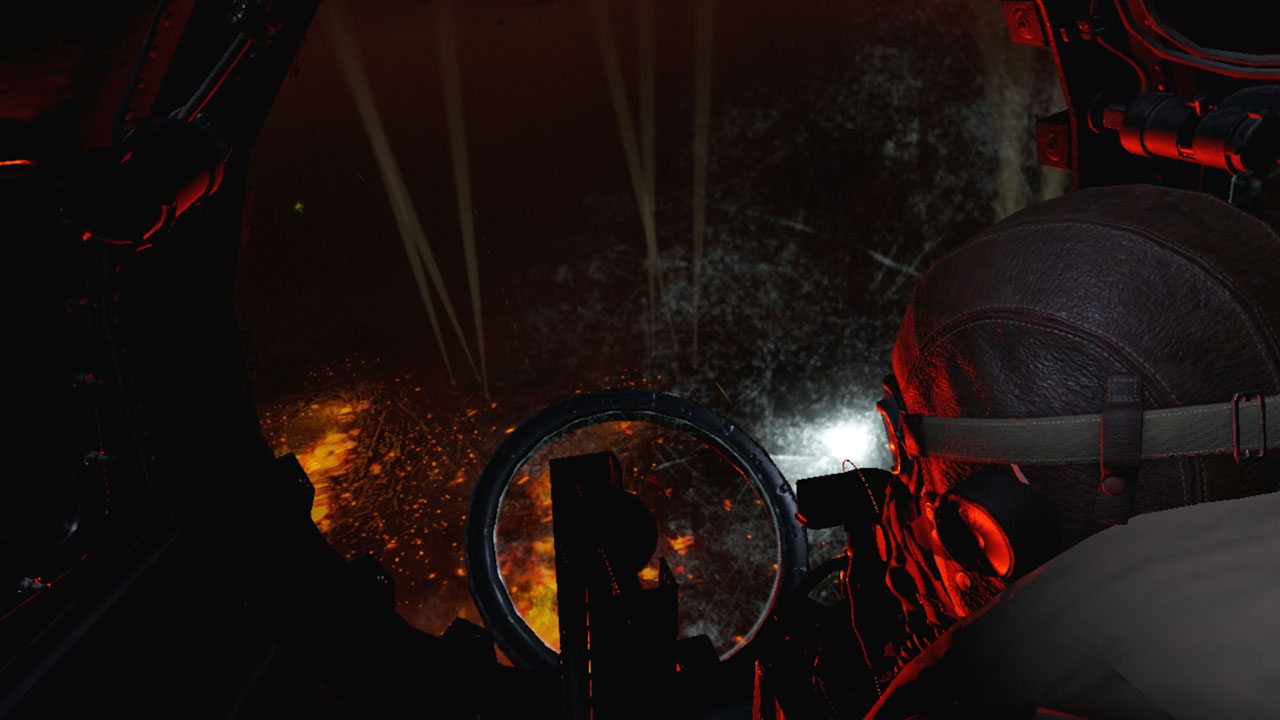 The PCVR experience is the most immersive

Peter Rippon, editor of BBC Archive, says: “We have been overwhelmed by the response to Berlin Blitz so far. People are finding it profoundly moving. The authenticity of the audio and the nobility of the characters involved, combined with virtual reality means audiences can now relive with past with an intensity not previously possible.”

The new experience, 1943 Berlin Blitz, was first released in VR on the Oculus and Steam stores for Oculus Rift, and HTC Vive headsets, and later, in 2019, on the 75th anniversary of the D-Day landings, made available on 360 on Oculus Go, Samsung Gear VR and Google Daydream. Additionally, Imperial War Museums added the film to its Duxford and North museums to be exhibited on selected dates. 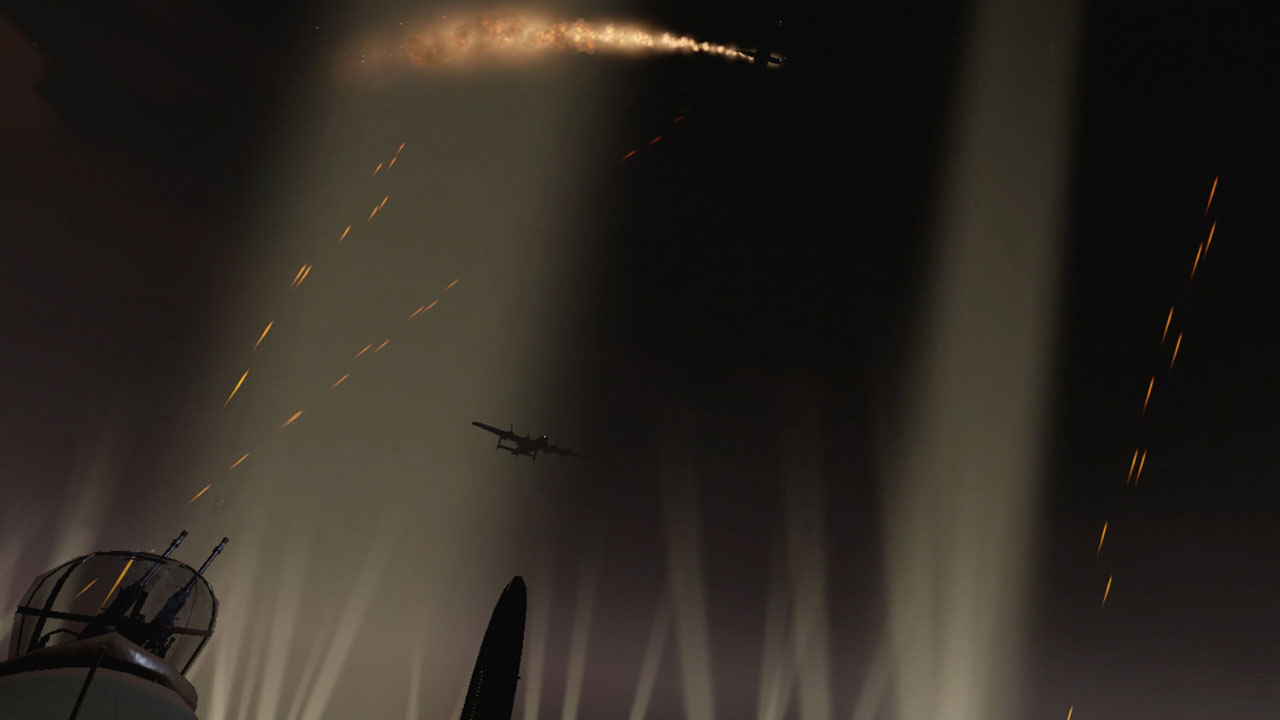 Despite the interest the 360 version may gather, the Virtual Reality experience 1943 Berlin Blitz continues to be the most immersive way to understand how a new technology can bring the BBC’s archive to life in a way we’ve never really seen before. It’s a pity that BBC’s VR Hub closed its doors after only two years, and when VR is really taking off, as the growing number of users in platforms as Steam suggests. 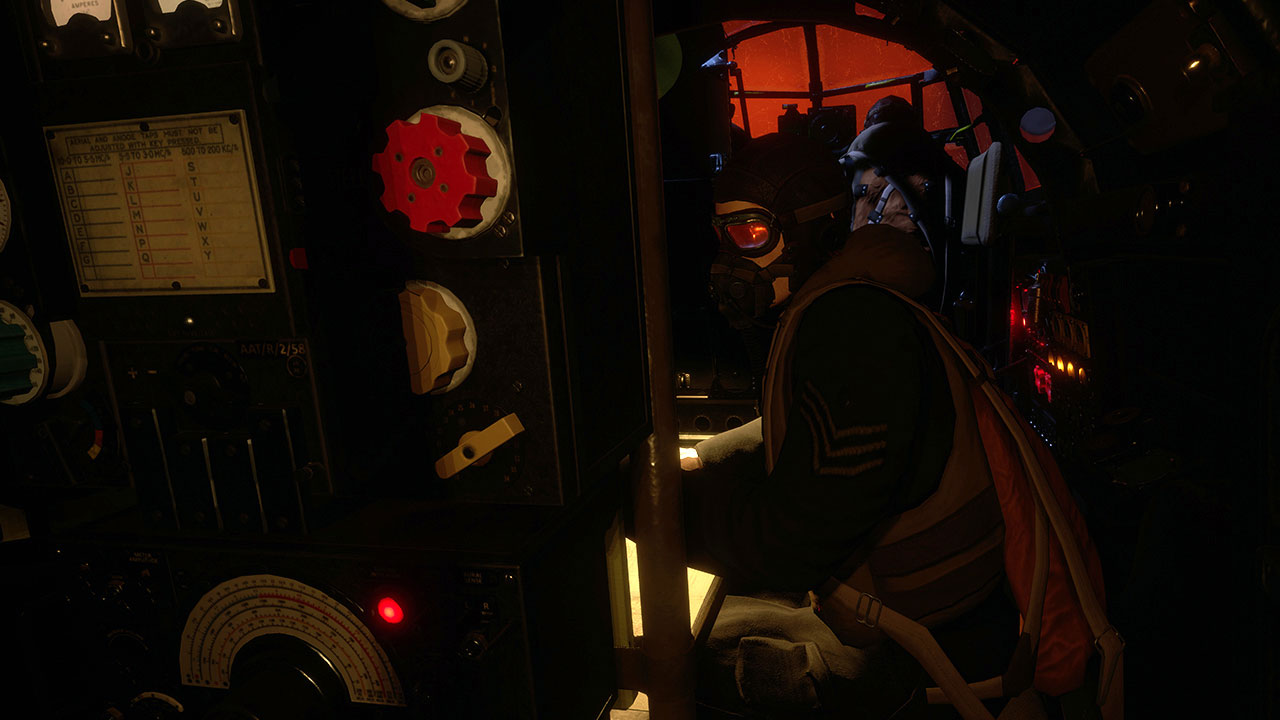 is available, free, from Steam, HTC Vive and Oculus platforms. It’s better seen with a PCVR headset that uses a PC’s power to run the experience at its best. The title is one more to add to a library of Virtual reality experiences ProVideo Coalition is helping its readers to build. We’ve revealed here in previous weeks a variety of titles, from Mona Lisa: Beyond the Glass to The Edgar Mitchell Overview Effect VR Experience or The Scream, a VR documentary inside a madman’s painting. Most of these suggestions are free to download, meaning you’ve no excuse to not try this other way to tell stories.