In preparation for its installment in the new National Museum of Norway infrared scans reveal author of hidden graffiti on Edvard Munch’s The Scream, one of the most well-known paintings in the world. 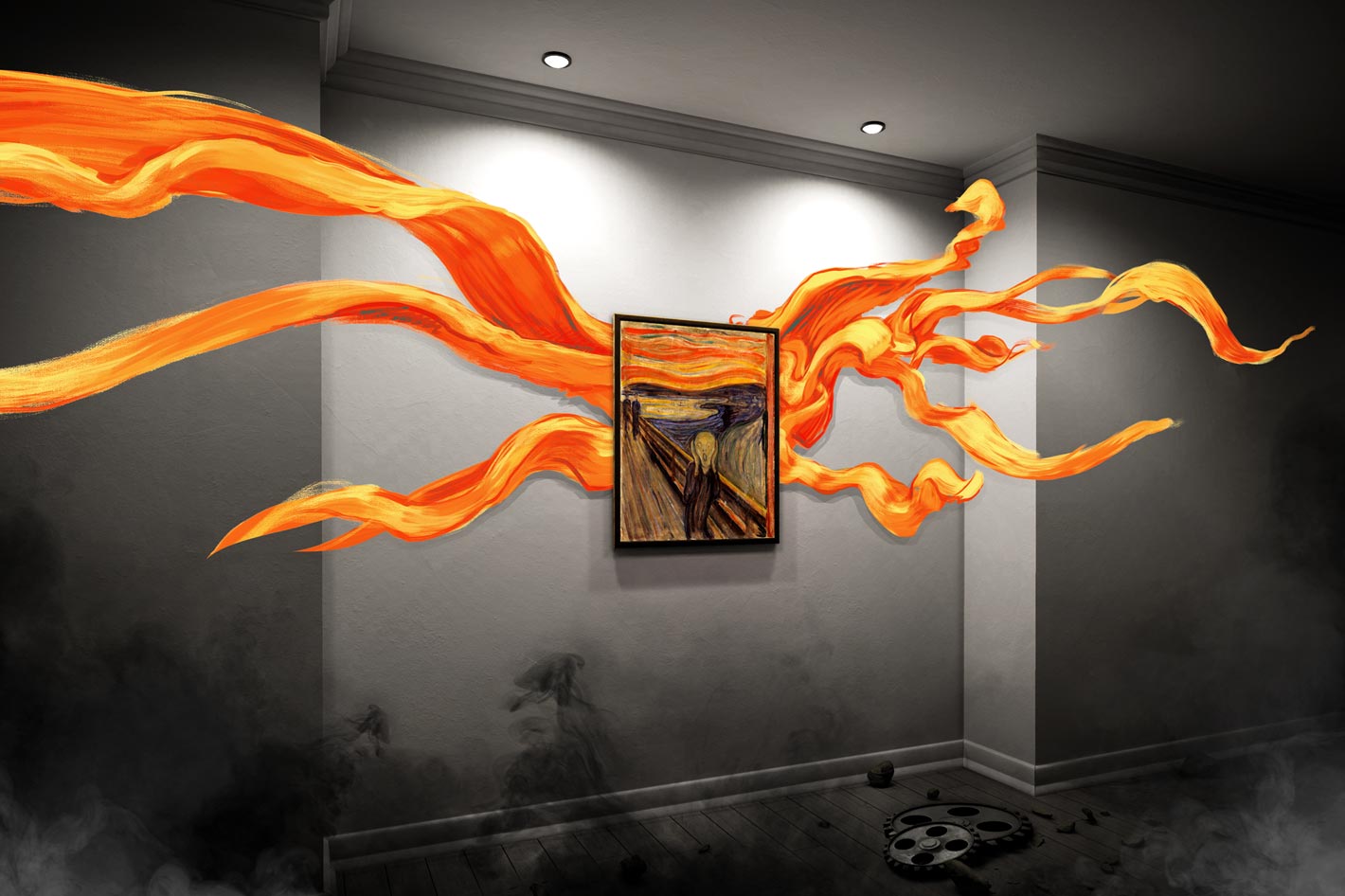 The Scream will be displayed in the National Museum’s new building due to open in Oslo in 2022, but thanks to Virtual Reality you can dive into Edvard Munch’s The Scream in the comfort of your home.

Virtual Reality can offer us unique perspectives of the world, and one area where it excels is shown in The ScreamVR, an exploration of Edvard Munch’s famous painting. A documentary experience directed by Sandra Paugam and Charles Ayats, it is an interactive and sensory virtual-reality experience that unfolds in three chapters, presenting a unique interpretation of the Expressionist masterpiece. The ScreamVR is available on Oculus, Viveport and SteamVR.

Now that I’ve set the stage for the VR version, created in 2018 and viewed at different film festivals and other events around the world, from Venice to Geneva or Taipei, it’s time to look at the most recent news about Edvard Munch’s painting, which makes it even more interesting to get the ScreamVR app, now available for $3.99.

Painted by a madman

Following years of speculation, curators at the National Museum of Norway have confirmed that a small and barely visible sentence on Edvard Munch’s The Scream was penned by the artist himself. Curators took particular interest in a small inscription written in pencil in the top left-hand corner of the painting which reads “Can only have been painted by a madman”. Added on top of the paint after Munch completed it, the origin of the sentence has always been something of a mystery. Was it an act of vandalism done by an outraged spectator, or written by Munch himself?

Using infrared technology to analyse the handwriting and comparing it with Munch’s notes and letters, as well as details of events surrounding its first public showing, curators at the National Museum of Norway can now conclude that the writing is Munch’s own.

Mai Britt Guleng curator at the National Museum says: “The writing is without a doubt Munch’s own. The handwriting itself, as well as events that happened in 1895, when Munch showed the painting in Norway for the first time, all point in the same direction.” 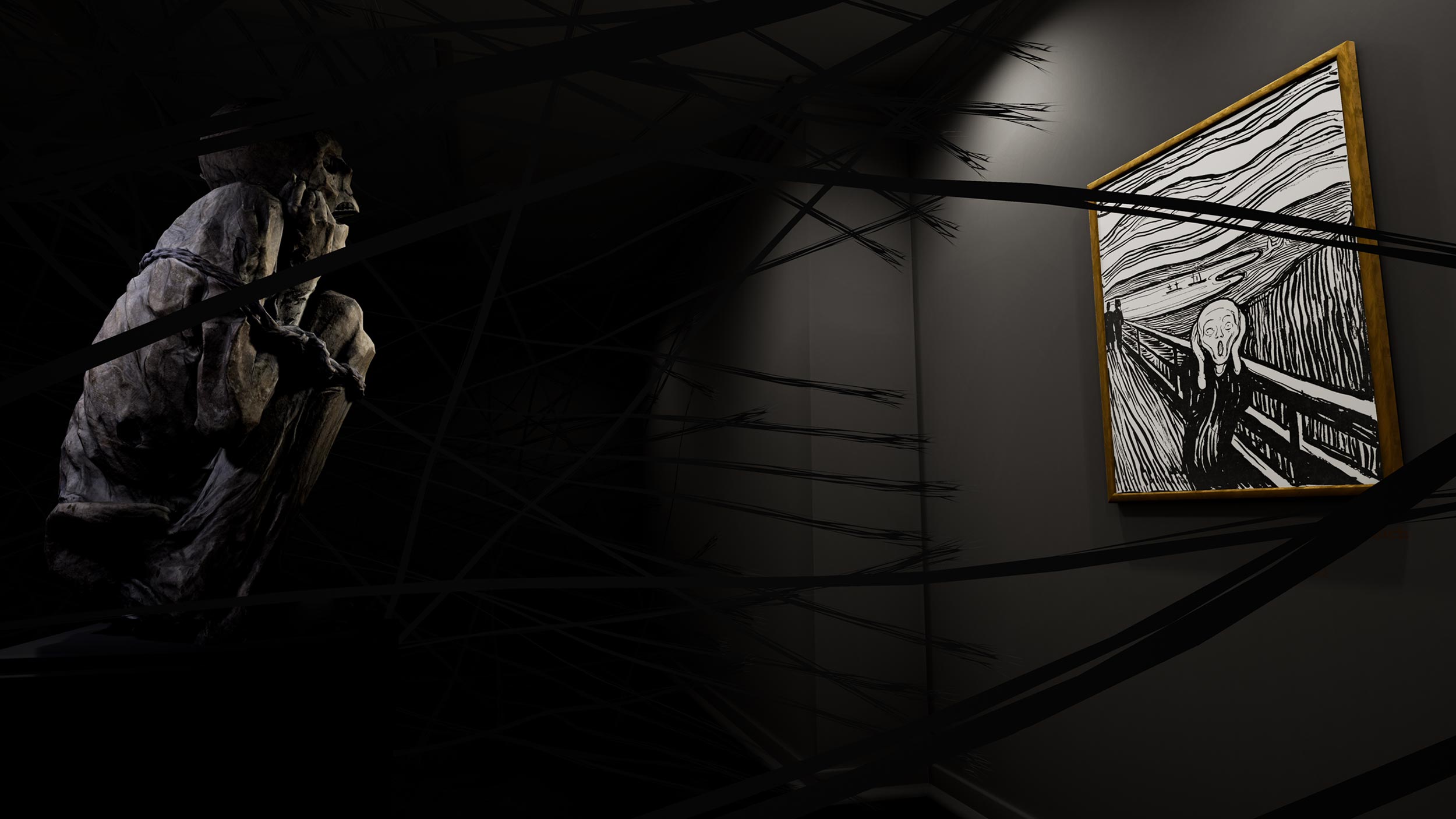 The Scream will be on display in 2022

According to the museum, the catalyst for the inscription on The Scream is thought to be an incident in 1895 when Munch exhibited the painting for the first time in his native Kristiania (later Oslo). The work provoked furious criticism and public speculation on Munch’s mental state. At a discussion night at the Students Association, where Munch is believed to have been present, the young medical student Johan Scharffenberg questioned Munch’s mental health claiming that his paintings proved he was not of sound mind. It is likely that Munch added the inscription in 1895, or shortly after in response to the judgment on his work.

The information available suggests that Munch was profoundly hurt by the accusations and returned to the incident again and again in letters and diary entries. Both his father and sister suffered bouts of depression and Munch was finally hospitalised after a nervous breakdown in 1908.

The Scream will go on display in the National Museum’s new building due to open in Oslo in 2022, and visitors will be able to see the writing for themselves. The painting will be displayed with a number of Munch’s most iconic works, such as Madonna, The Dance of Life and Self-Portrait with Cigarette, in the new Munch room. 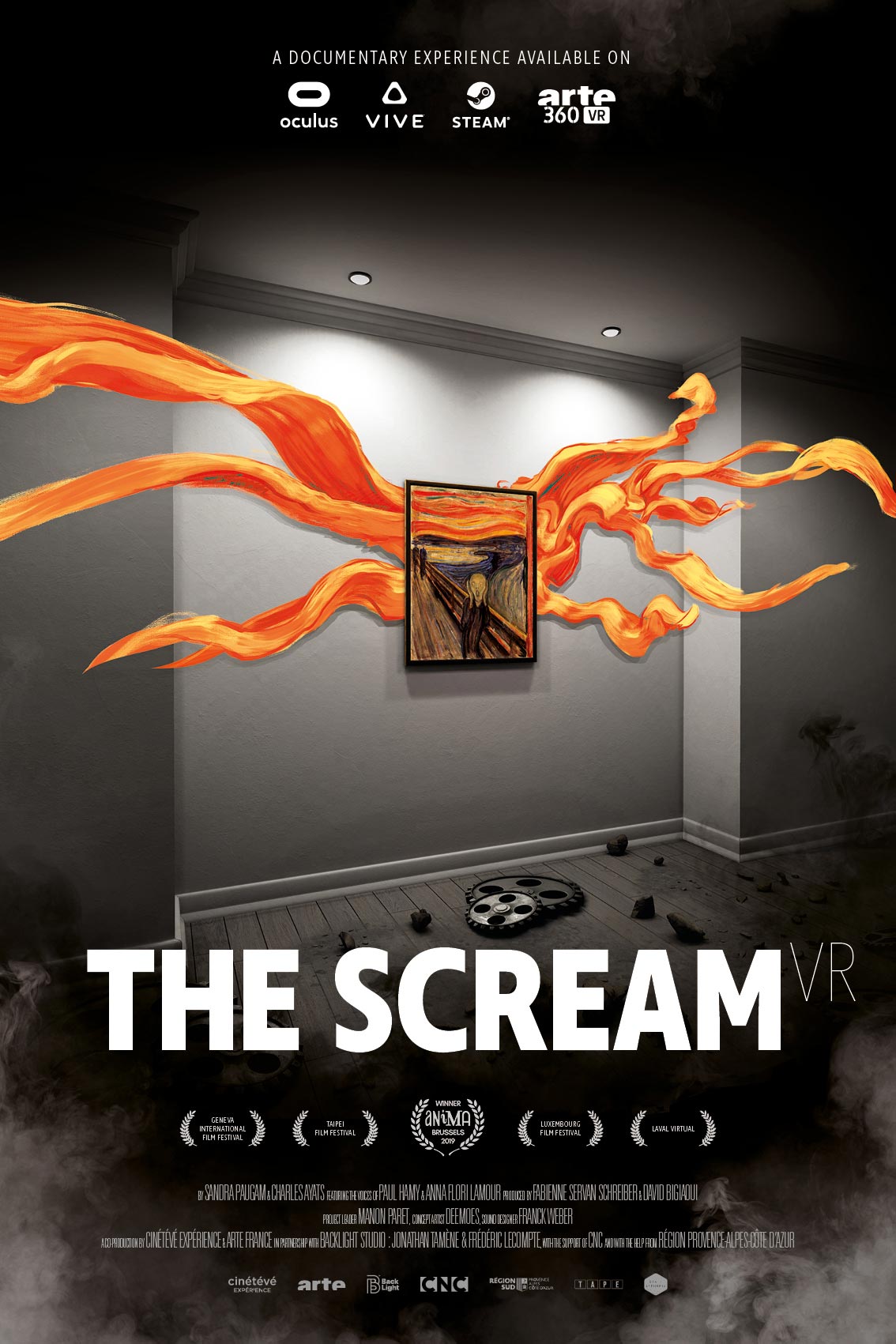 Explore The Scream in Virtual Reality at home

“New research adds greatly to our experience of artworks. We will never be finished with Munch’s art. Every time we ask a question about his works, new answers and perspectives comes up”, says Director of the National Museum Karin Hindsbo.

It’s here that Virtual Reality enters, offering a special private viewing of the masterpiece that turns into a unique journey through the artist’s world. Alone in an empty museum, you find yourself face to face with the painting. Edvard Munch’s The Scream is omnipresent. The famous face distorted by terror has fired our imaginations so greatly that it has become the universal symbol of dread. Are you ready to unleash the secrets of the most famous “scream” in art history?

Do you dare touch it? Take care: demons and phantoms will spring from the canvas and drag you into the depths of the artist’s tortured mind. This VR version allows you to do things, like touching the painting, that you’re not allowed to at regular museums. Based on the painting, The ScreamVR documentary – or adventure – carries the user away to explore the painter’s obsessions and work. 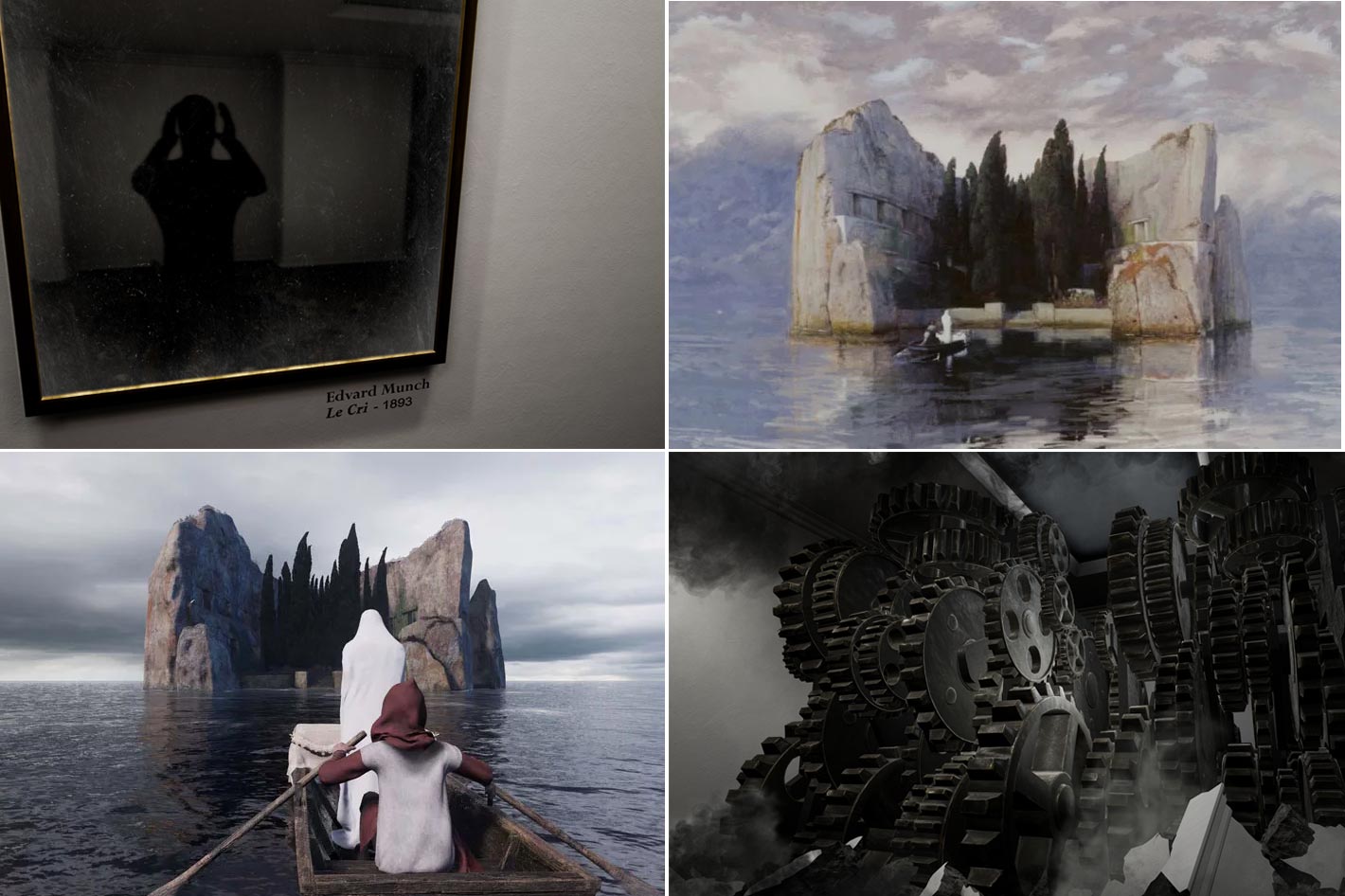 Also available as a living installation offering a mixed-reality experience that can be seen in cultural centers worldwide, The ScreamVR excels as a demonstration of the power of Virtual Reality to build narratives that can not be experienced with the same intensity any other way.

Edvard Munch’s The Scream is not the only example of immersive storytelling, as back in May 2019 I wrote here at ProVideo Coalition about another title, Isle of the Dead, a Virtual Reality film based on the painting The Isle of the Dead from Arnold Böcklin, which is another example of a type of immersion that can only be accessed in VR.

The ScreamVR and Isle of the Dead are what I would call essential titles to be added to an essential Virtual Reality library.  The two apps represent a good foundation for a series of articles to be published weekly here at ProVideo Coalition that will cover this unique form of storytelling. If you’re looking for suggestions to start or even expand your collection of Virtual Reality apps, keep watching this space.