Whether you want 12K stills or 8K video, the Detu MAX camera is the solution to check. Designed for photographers and VR content creators, it’s completely funded on Kickstarter. 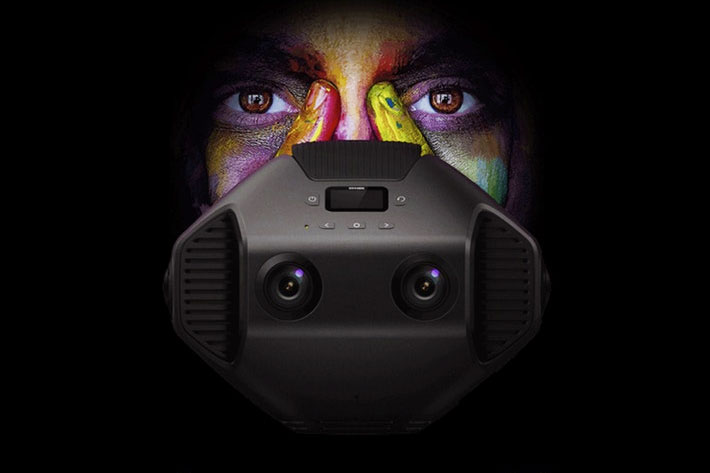 The deep learning algorithm that powers the Artificial Intelligence of the Detu MAX enables real-time face tracking and also stitches together the videos inside the camera – without the need for a PC.

Detu is not a new name when it comes to cameras. Their F4Plus 8K VR 360° camera received an award at CES 2018 Innovation Awards, and the company has other models, like the original F4 and Twin. Last June the company made it to Kickstarter, looking for crowdfunding for its new project: Detu MAX, the world’s first 3D 8K 360 VR camera with AI Chip, which was on show at NAB 2018.

The company had a goal: to raise a total of $20.000 to fund the project. It was 100% funded in just 10 minutes! Now, with 11 days to go, the 78 backers of the Detu MAX have pledged a total of $152,899, meaning the project is completely funded and ready to go ahead, with shipping to backers starting in September 20918, if all goes according to the initial plan.

Introducing the camera, Detu says that the MAX is “a professional grade AI 360° virtual reality (VR) panoramic camera that is equipped with true 3D capabilities. The camera can capture 12K images, 8K videos and live stream (wired and wireless) with incredible clarity”. The AI chip included allows the camera to offer, according to Detu, “superior quality UHD real 3D VR images. The AI chip enables real-time face tracking to capture realistic 3D portraits. The deep learning algorithm also selects and stitches together the videos and images inside the camera – without the need for a PC.” 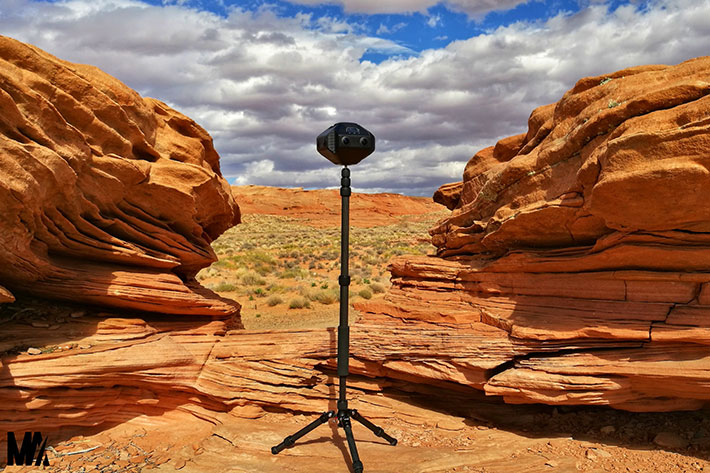 The camera is equipped with HDR imaging that provides rich detail in light and dark spaces and a 6-axis gyro anti-shaking system that captures outstanding images while moving. HDR is just part of what the camera does to show the world closer to how we see it. MAX imitates how your eyes capture the world. Create the most lifelike 3D panoramic images and 360° views with binocular visual image simulation. According to Detu, you’ll be able to “see true 3D images with MAX through VR glasses to experience the most realistic VR immersion.” 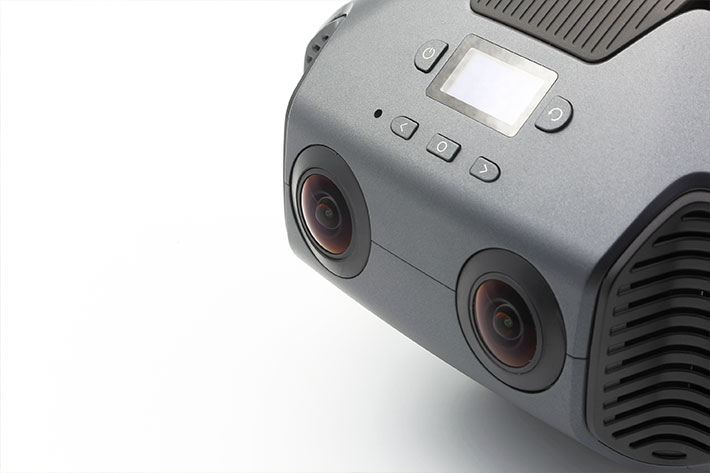 Engineered to enable users to create 3D VR live streams with ease, the camera can connect to a computer via an Ethernet cable, or wireless live streaming is possible over 2.4G and 5G dual Wi-Fi. It can live stream directly to YouTube, Facebook and other 360°-enabled platforms. Compatible with dedicated iOS and Android apps, users can easily control the camera, as well as edit and share images on social media. It also provides a real-time preview of panoramic images.

The MAX has a full metal body to help dissipate heat. Its aluminum frame, which features a professional cooling design and effective air duct, greatly enhances the battery life and equipment stability. The 4800mAh lithium-ion high capacity removable battery supports up to 60 minutes of continuous shooting.  Designed to capture incredible sound as well as images, the camera supports audio with four built-in microphones. Control is achieved through only five buttons on the outside shell, making it straightforward to use. 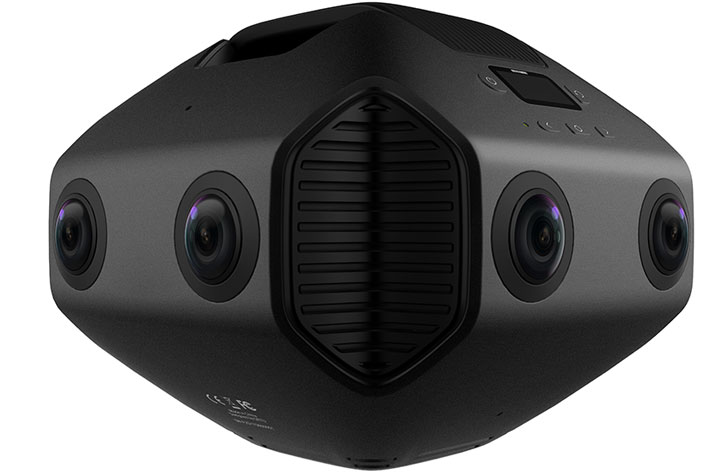 Dennis Chen, CEO of Detu US, said: “We created the MAX for professional photographers and video creators to capture true 3D VR content easily. We saw a need for a smarter professional grade camera and made the MAX to fit that need with the integrated AI chip. Whether using it to live stream an event, or photograph 360° images – the MAX has you covered with perfect clarity.”