As countries around the world announce sanctions against Putin’s Russia, due to the invasion of Ukraine, companies and organizations also cut all ties with Russia and Belarus. Avid has done it too, joining a growing list. 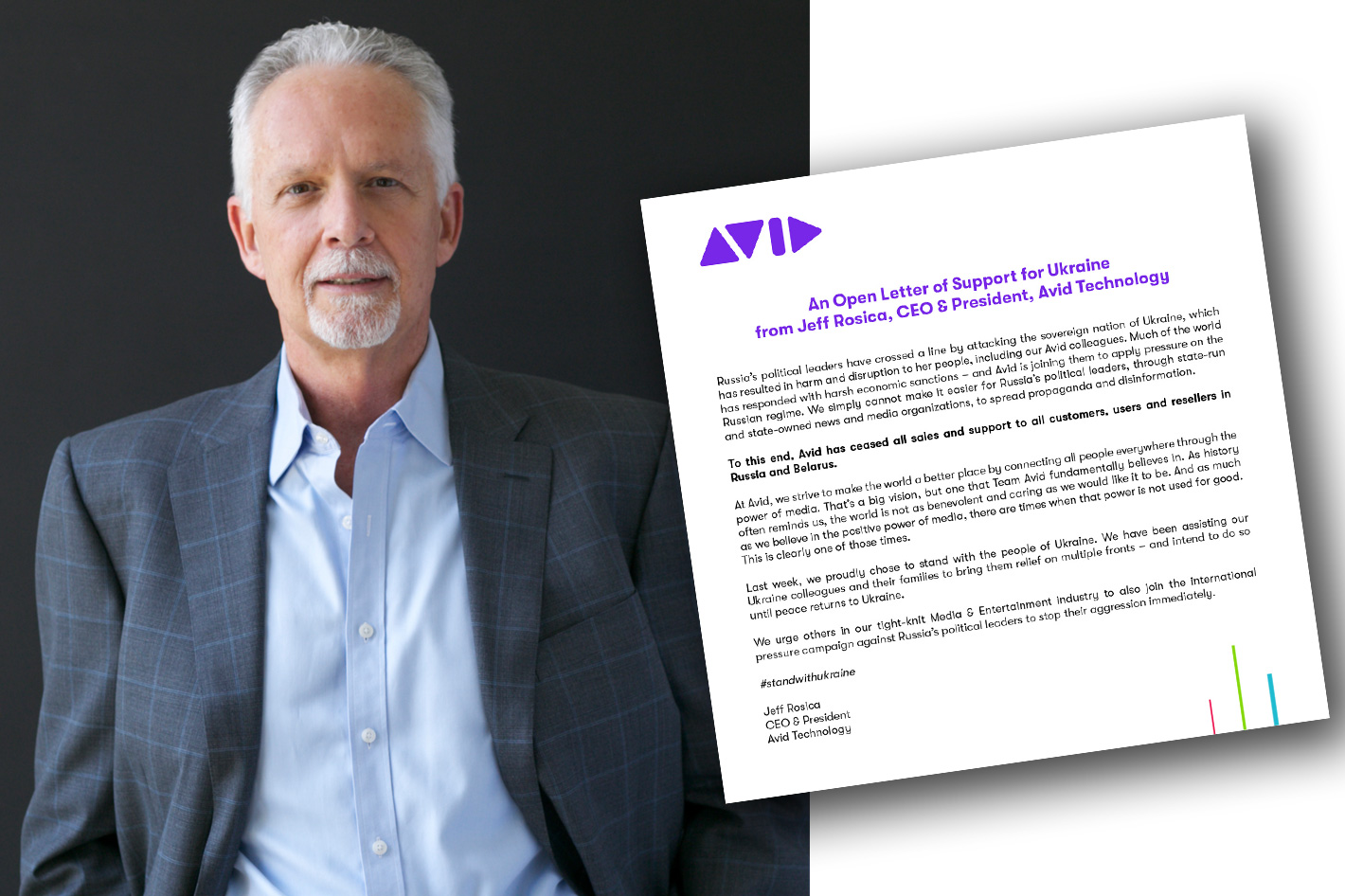 In a recent open letter of support for Ukraine Jeff Rosica, CEO & President, Avid Technology, explains why the company has decided to cease all sales and support in Russia and Belarus.

At Avid, we strive to make the world a better place by connecting all people everywhere through the power of media, writes Avid Technology CEO & President Jeff Rosica in his – and the company’s – open letter of support to Ukraine. That’s a big vision, he continues, “but one that Team Avid fundamentally believes in. As history often reminds us, the world is not as benevolent and caring as we would like it to be. And as much as we believe in the positive power of media, there are times when that power is not used for good. This is clearly one of those times.“

Jeff Rosica adds that “Russia’s political leaders have crossed a line by attacking the sovereign nation of Ukraine, which has resulted in harm and disruption to her people, including our Avid colleagues. Much of the world has responded with harsh economic sanctions – and Avid is joining them to apply pressure on the Russian regime. We simply cannot make it easier for Russia’s political leaders, through state-run and state-owned news and media organizations, to spread propaganda and disinformation.” 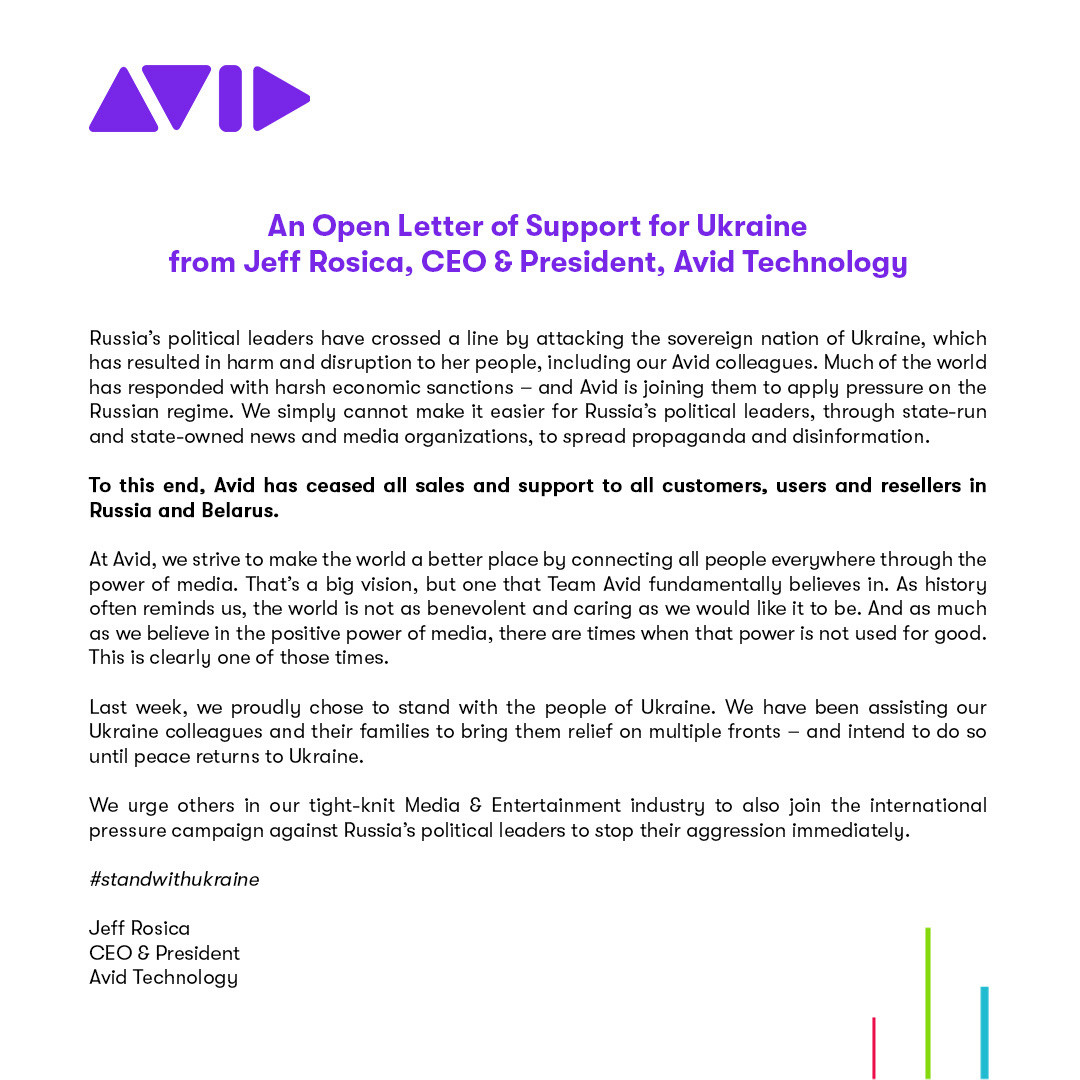 Avid urges other companies to do the same

That’s the reason why Avid has ceased all sales and support to all customers, users and resellers in Russia and Belarus. Last week the company “proudly chose to stand with the people of Ukraine” stating that “we have been assisting our Ukraine colleagues and their families to bring them relief on multiple fronts – and intend to do so until peace returns to Ukraine.”

Now Avid takes things one step further, and cuts ties with its clients, sellers and ressellers, while  urging “others in our tight-knit Media & Entertainment industry to also join the international pressure campaign against Russia’s political leaders to stop their aggression immediately.”