Available in four sizes, the new Atomos Neon family of HDR field monitors is presented as a solution for on-set and in-studio production. Discover the Neon at Cine Gear Expo 2019. 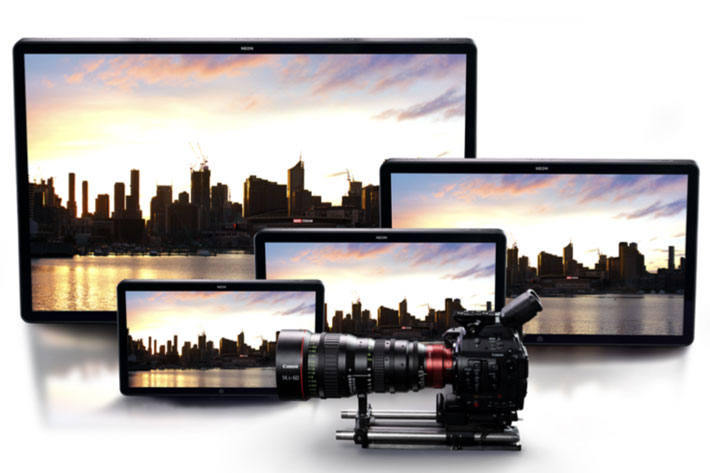 “The new Neon series of cinema monitor-recorders are once again definitive examples of Atomos continuing to lead video capturing technology in the cinema industry in the most robust and efficient way possible and–most importantly–at the highest levels of fidelity that creators need,” notes Jeromy Young, CEO of Atomos. “For nearly a decade we’ve innovated and delivered the best video monitor and capture products that support demanding on-set requirements and with Neon I could not be prouder of how the Atomos team has elevated our commitment of delivering what today’s cinema leaders need to produce their best content.” 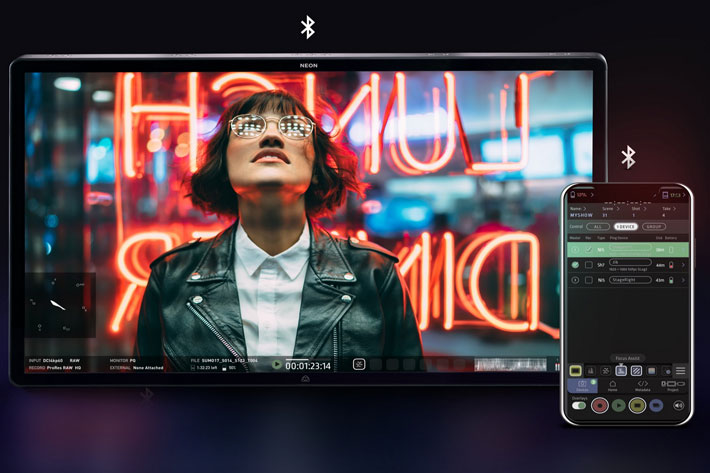 Neon is an all-new line-up of precision 4K HDR field monitor-recorders for on-set or in-studio production where reliable and trustworthy monitoring is essential. The four screen sizes, 17”, 24”, 31” and 55”, are ideal for different creator and crew requirements, ensuring that no matter the critical production usage, every crew member sees an accurate image representation: 17” for focus pullers and as an on-set buddy reference monitor for laptops. The 24” and 31” is perfect for the video village, DIT, cinematographer, editor, director and a reference monitor for an iMac or Mac Pro. The 55” is a must have for clients, showrooms and color graders.

In an industry first, Neon deliberately does away with touchscreen operation and is Bluetooth controlled by the powerful Atomos iOS App. Recording control has never been easier for any production whether it is a single camera or a multi-camera setup. The app controls 4K recording, syncing and playback on up to 1000+ Neons via Bluetooth; and real-time production tools like focus peaking, exposure, calibration, zoom, waveform monitor, RGB monitor, vectorscope and LUT selection.

The app, says Atomos, “also shortens the time between capture and final edit by allowing Neons to display real-time playback of captured shots at up to 4Kp60 in ProRes RAW, ProRes, Avid DNx and Cinema DNG”. Additionally, all Neons and any Ninja V with an AtomX Sync Module attached now perfectly frame sync together with the touch of a few buttons on-set via the Atomos iOS App making for effortless importing of synced video and metadata to the editing suite at the end of filming. The metadata is embedded into the quicktime .mov file and is read downstream by computer applications, including Atomos desktop software. With Neon, capture control has never been so easy, adds the company. 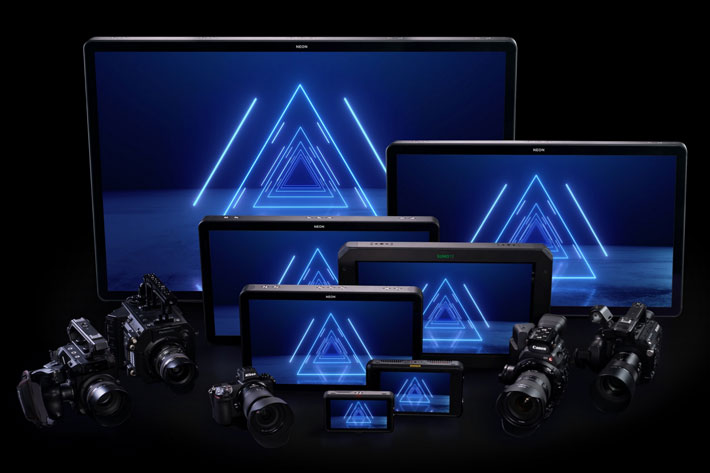 Atomos created a list of key features of the Neon line up of monitors and monitor recording displays. It includes: