To record internally or externally with the Atomos Ninja V+, that is the question. When the brown cardboard box arrived with an Atomos Ninja V+ to review, I felt a bit hesitant as I sliced through the tape. I am not much of a fan of external recording to a monitor/recorder. An HDMI input is another easily damaged in/out for any device. I know how many HDMI ports I ruined. I did not want to destroy another. Yet, I opened the box, pulled out the Pelican Case, and met the Atomos Ninja V+ monitor and recorder for the first time. 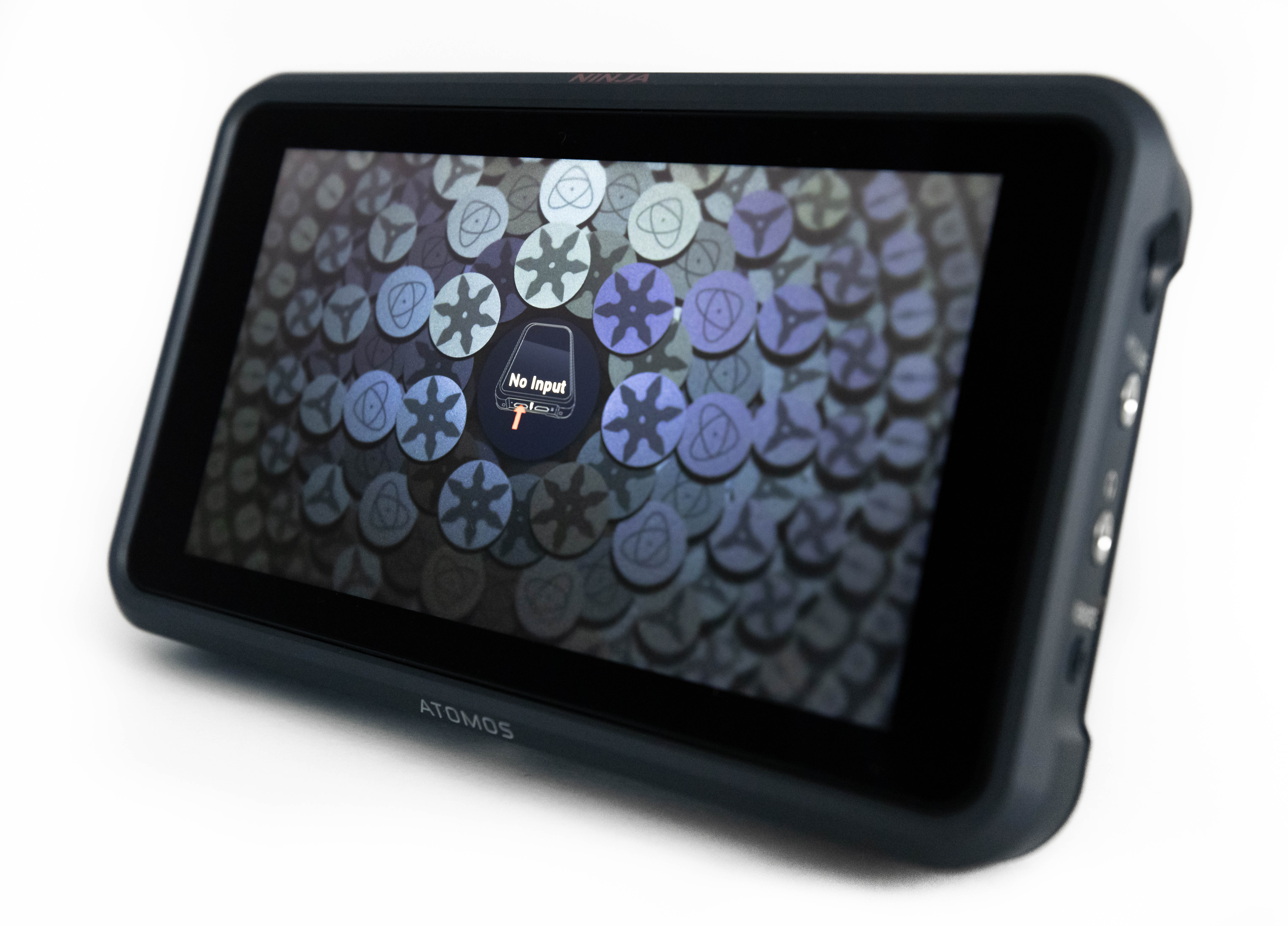 Deep down, I knew I needed a monitor for the R5. See, I usually shoot solo and set the R5 as a second camera for interviews, plus the mirrorless is my go-to gimbal camera. Usually, an Atomos recorder gives users a bit of a bump in resolution or color bit depth over a camera’s internal recording capabilities.

The Ninja V+ gives you 8K ProRes Raw from an 8K Canon Raw-capable camera. Atomos’ big hook for the Ninja V+? Unlimited 8K recording capabilities, which upon the camera’s release was plagued with heat issues. Yet, the Canon R5, due to a handful of firmware updates, does not over-heat near as often as it did when originally released. 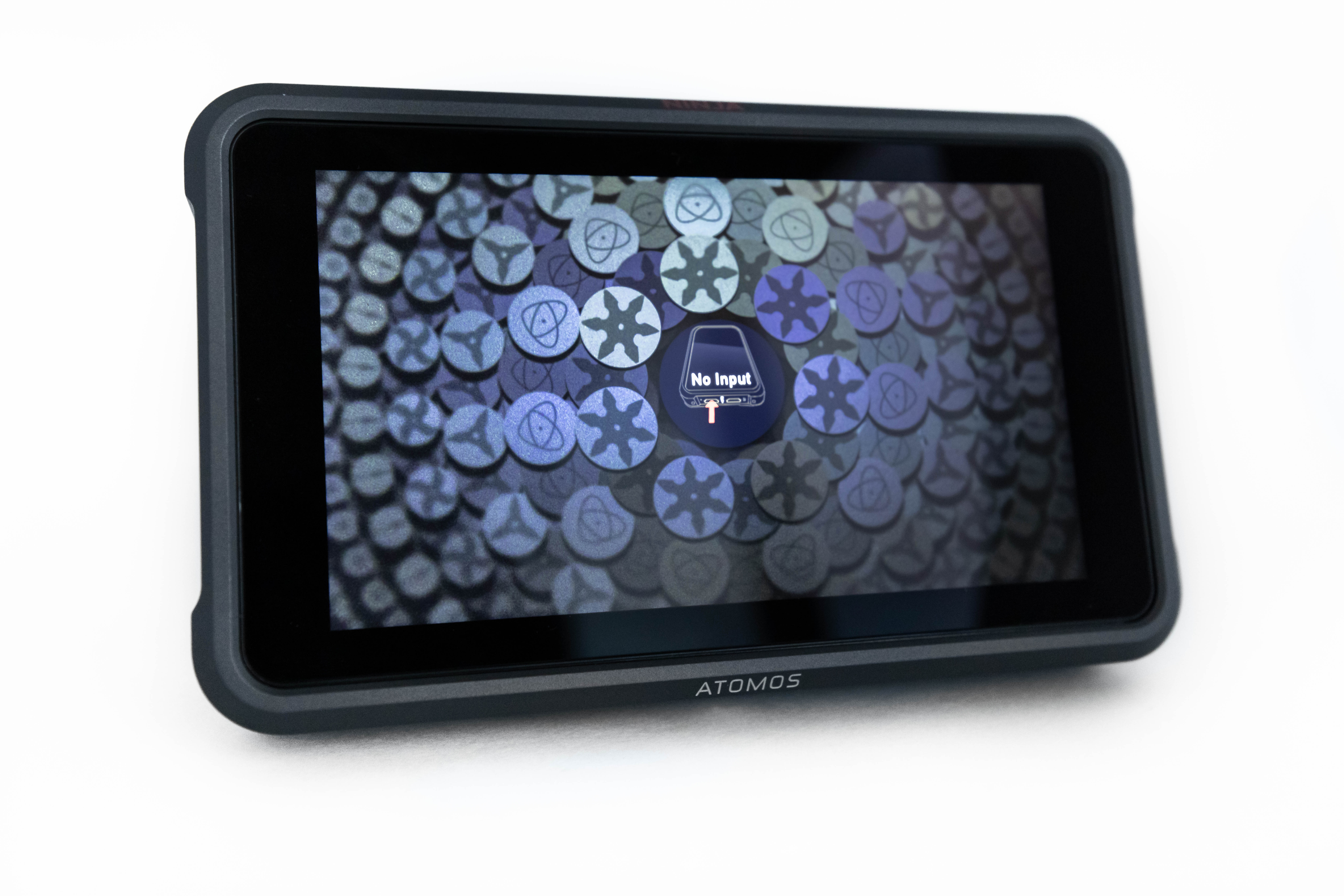 Matching the very specific setting in the camera to channel 8K ProRes Raw from the Atomos Ninja V+ is detailed and easy to forget. I am a qualified camera dork who usually knows the ins and outs of a camera pretty well. I had to set up the Atomos and R5 while watching Atomos’ wonderfully detailed instruction video. I learned the hard way, mid-shoot, that bouncing from Atomos Ninja V+ recording to internal canon raw recording was not as straightforward as I like. The problem, it seems, is with the Canon menu settings and my fumbling in a hurry and not the Atomos. Know your gear always works in your favor. I fault mysel 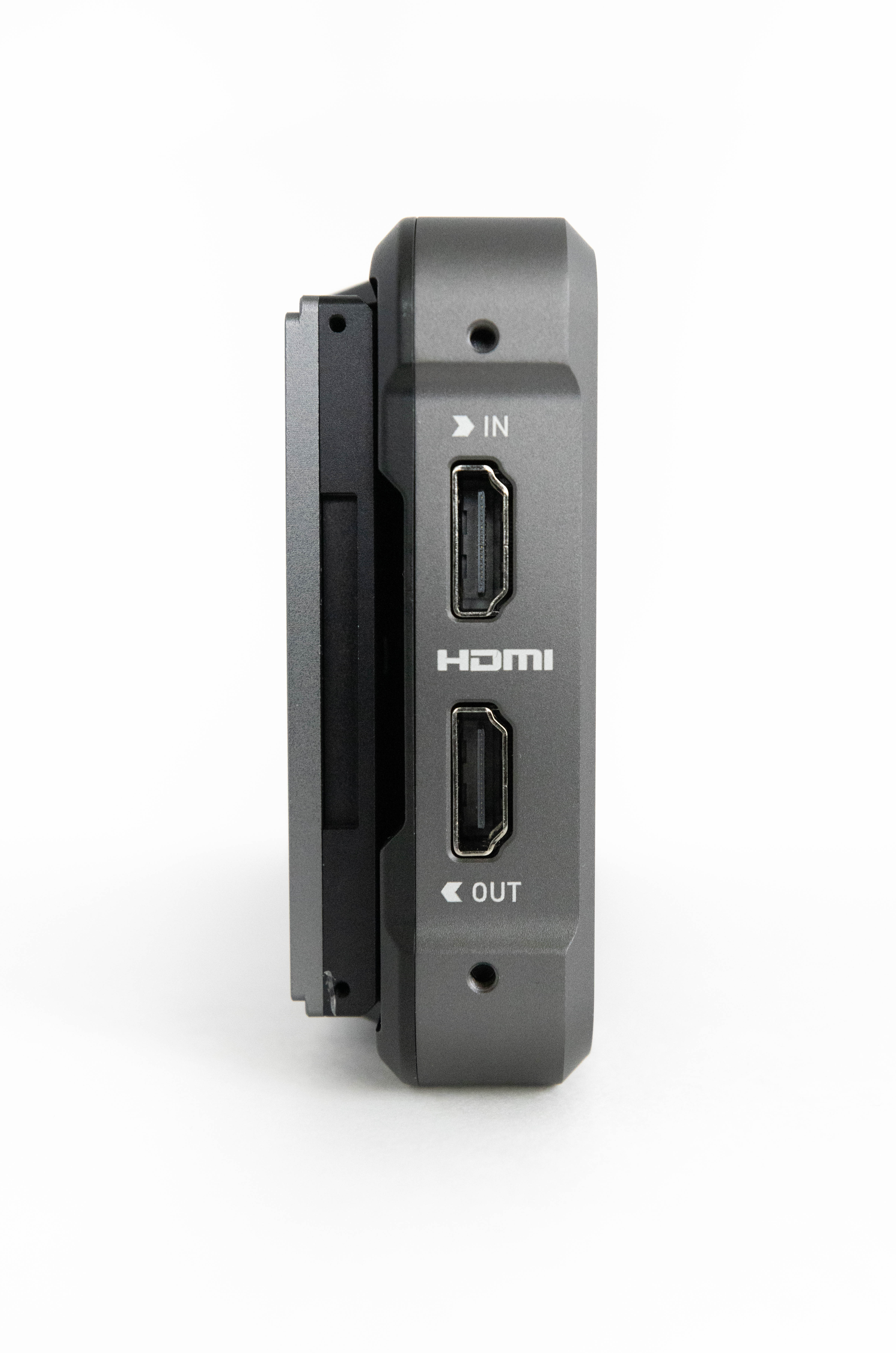 f for this one.

The catch for Atomos with the Ninja V+ is the longer record times without causing the Canon R5 to overheat. On this feature, the Atomos Ninja V+ does extend Canon’s recording capabilities as it advertises. Does the Canon R5 overheat when the Atomos Ninja V+ is recording, and the Canon R5 is not? Yes, it does, slightly; it took quite a while for the Canon to show what I to call the “getting hot indicator on the LCD screen.” Yet, the camera did not fully overheat and shut down in my non-scientific testing.

Recording 8K ProRes Raw with the Atomos Ninja V+ was reliable and consistent. So consistent and dependable, the Ninja V+ felt like an extension of the Canon R5, which I liked quite a bit.

Now, let’s get to the Atomos Ninja V+ as a monitor. At 5-inches, the Ninja V+ is a perfect size to be an on-camera monitor/recorder for the Canon R5. 7-inches is way too big and heavy, and any size smaller than 5-inches is too small for critical focus or to monitor from an “A” camera position.

With the Atomos Ninja V+, you get all the great focus and exposure tools found in many high-end monitors like False Color and Waveforms. Once you master the location of the on-screen tools, they are easy to find quickly. The only caveat I found with the Atomos Ninja V+ is the 1000 nit brightness of the screen. 1000 nits is just bright enough for most outdoor settings, but once the sun comes out from behind a cloud, the 1000 nits screen isn’t bright enough to confidently monitor what you are shooting.

ProRes Raw. I wish, actually, I so very much wish ProRes Raw was compatible with Blackmagic Design’s DaVinci Resolve. I love editing ProRes Raw in Adobe Premiere, but Premiere is not my preferred software for color correction. I wish we could stop the raw wars and just let everyone edit and color whatever raw codec in whatever software. 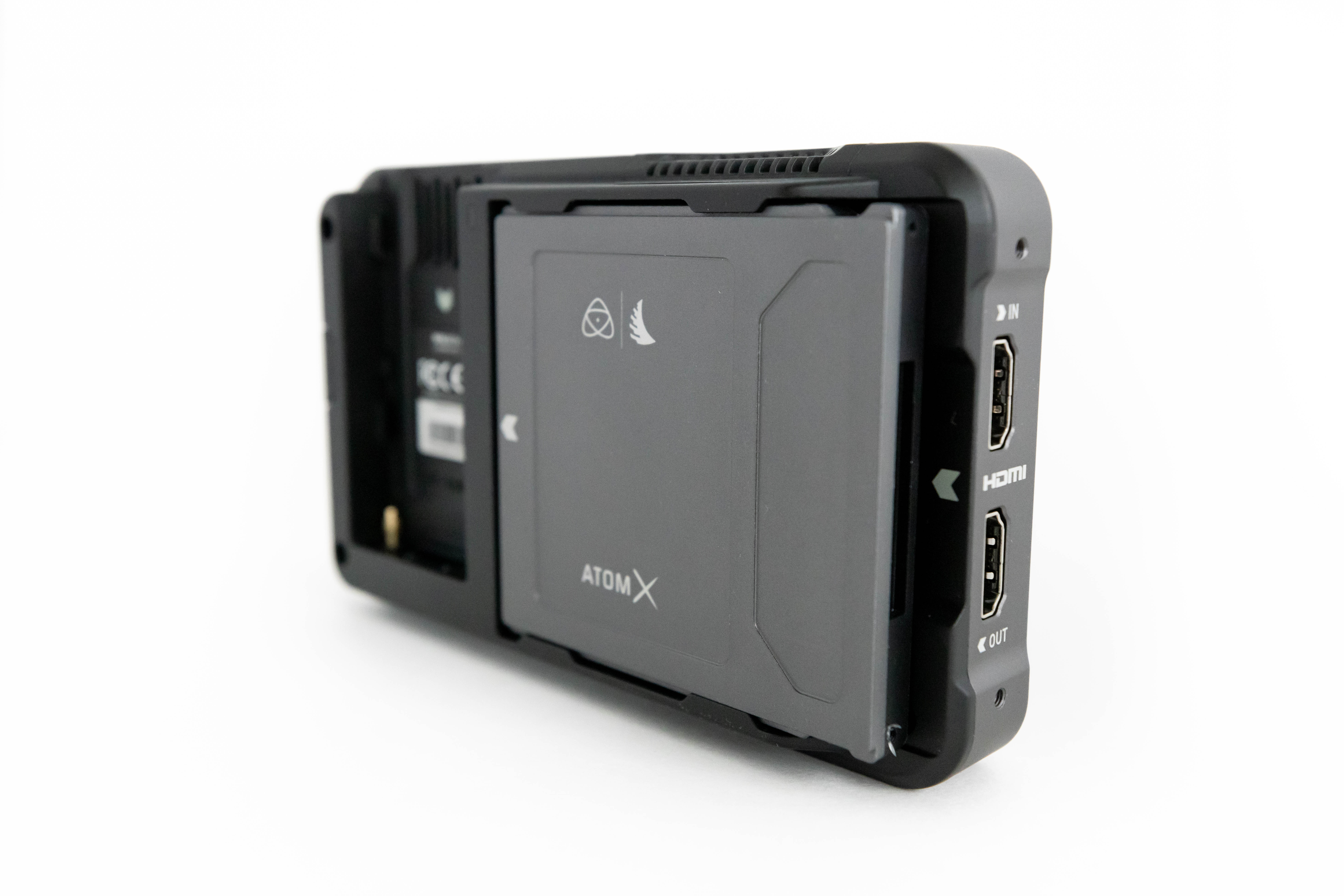 ProRes Raw is not the only recording option. You can also record 4K in either H.265, ProRes, or DNxHR. With these 4K codecs, you still gain the benefits of the Atomos Ninja V+, like longer record times.

Want to read something interesting? I actually started to prefer to record externally. I found the larger AngelBird SSD Atomos provided for my review to benefit my usual documentary shooting situations greatly. I also love how the camera does not turn off when changing SSD on the monitor allowing for quick and easy media swapping. This feature alone could be worth it for the Atomos Ninja V+.

Atomos has kicked off a new promotional campaign called “Level Up!” The promotion has the Ninja V+ discounted to $999 between now and December 31st. It is a good time to save yourself a little money if you are interested in the Atomos Ninja V+.

All in, I liked the Atomos Ninja V+ very much. Regarding the added ProRes Raw recording time and the option to change out SSDs quickly without the camera turning off is about as solid of a positive as there can be. The Ninja V+ could be brighter, but this only really affected me once in and while. As a purpose-built monitor/recorder, the Atomos Ninja V+ nails it.