The release of the AtomOS 10.71 update for NINJA V and NINJA V+ introduces ProRes RAW format recording options for the legacy Sony FS series, the Canon EOS R5 and the Panasonic LUMIX BS1H. 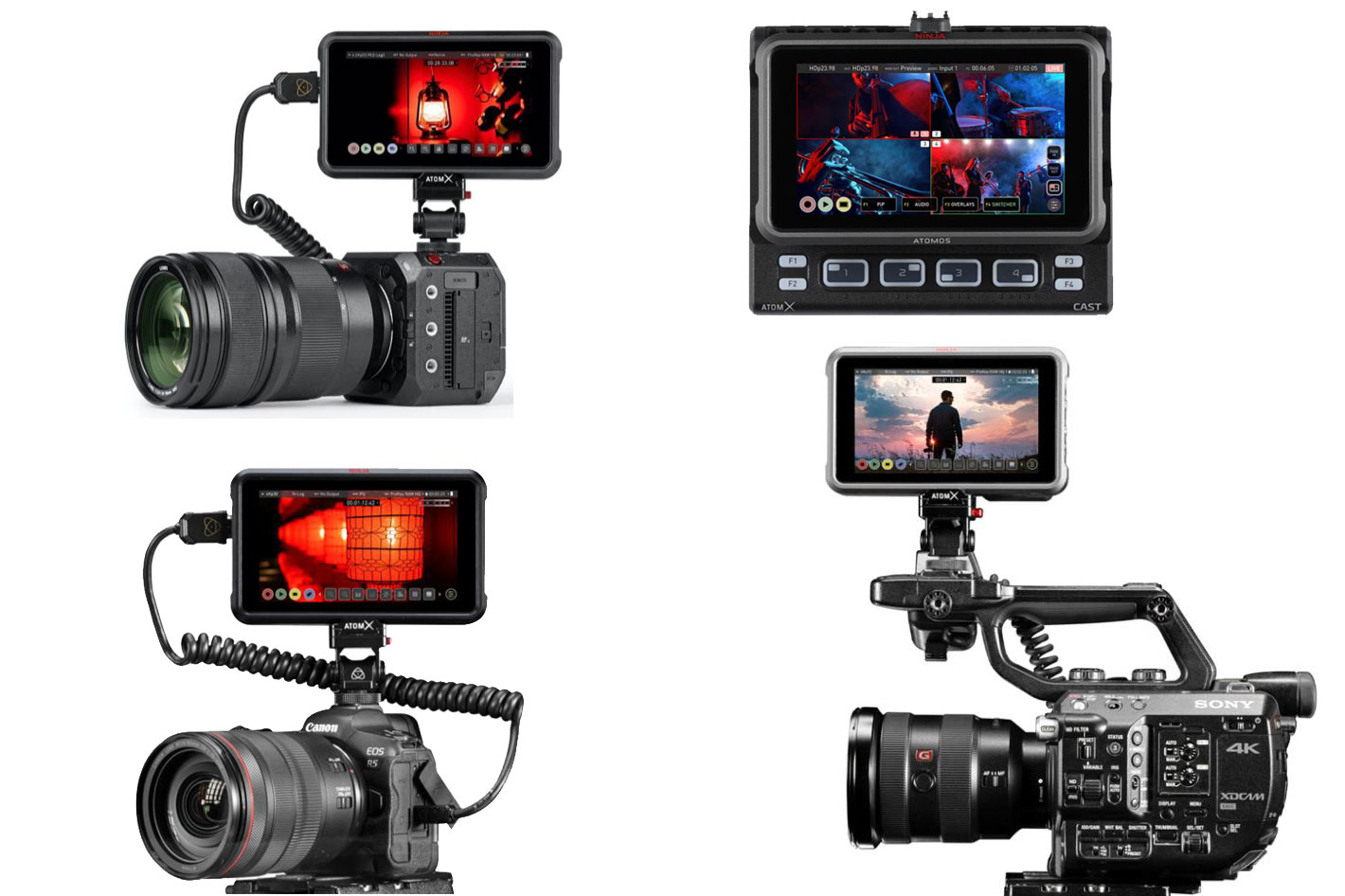 Atomos announced that a new stage has been reached this month and it marks the start of the next phase in the Atomos quest to bring Apple ProRes RAW video recording to even more filmmakers.

Atomos ends November with good news for those aspiring to use ProRes RAW, as the AtomOS 10.71 update for NINJA V and NINJA V+ monitor-recorder devices, introduces ProRes RAW format recording options for the legacy Sony FS series, the Canon EOS R5 and the Panasonic LUMIX BS1H. In addition to this, the AtomOS update includes brand new features for the AtomX CAST and compatibility with the NINJA V+ to create a new level of performance and versatility for live productions.

Here is the information made available by Atomos regarding the new update:

There’s been a high-level of anticipation and interest for Atomos to pair the compact form factor of the 5” HDR monitor-recorder with the Sony FS series cameras. The powerful NINJA V+ Pro Kit (or NINJA V+ with the AtomX SDI Unit and SDI RAW activation) now support the recording of ProRes RAW from the FS5*, FS5MKII, FS700*, and FS700r with continuous output directly from the sensor up to 2K 240fps, 4K 60fps and 4K 120fps for 4s bursts. RAW output at 4K 60fps and 2K up to 240fps can also be added to the Sony FS7 or FS7MKII with the addition of the XDCA-FS7 module.

The combination of the Canon EOS R5 with the Atomos NINJA V yields recordings of up to 5K RAW at an unprecedented price point. The EOS R5 capitalizes on the heritage of the Canon’s full-frame cameras to deliver next generation advances in image quality, performance, and reliability. The 45 Megapixel full-frame sensor can deliver 5K images that allow for high resolution reframing and stabilisation. The ability to work with 8K RAW on the NINJA V+ provides a huge canvas from reframing of 4K crops and an increase in image fidelity.

Adding the NINJA V or the NINJA V+ to a Panasonic LUMIX BS1H rig allows recordings of 5.9K 30fps, 4.1K 60fps and 3.5K 50fps anamorphic. The LUMIX BS1H combines stunning cinema-quality video performance of the full-frame LUMIX S1H, including impressive bokeh, low-light performance, wide dynamic range of 14+ stops V-Log and network connectivity. By uniting the LUMIX BS1H with the NINJA V/V+ filmmakers can be sure the image they see is the image they record. 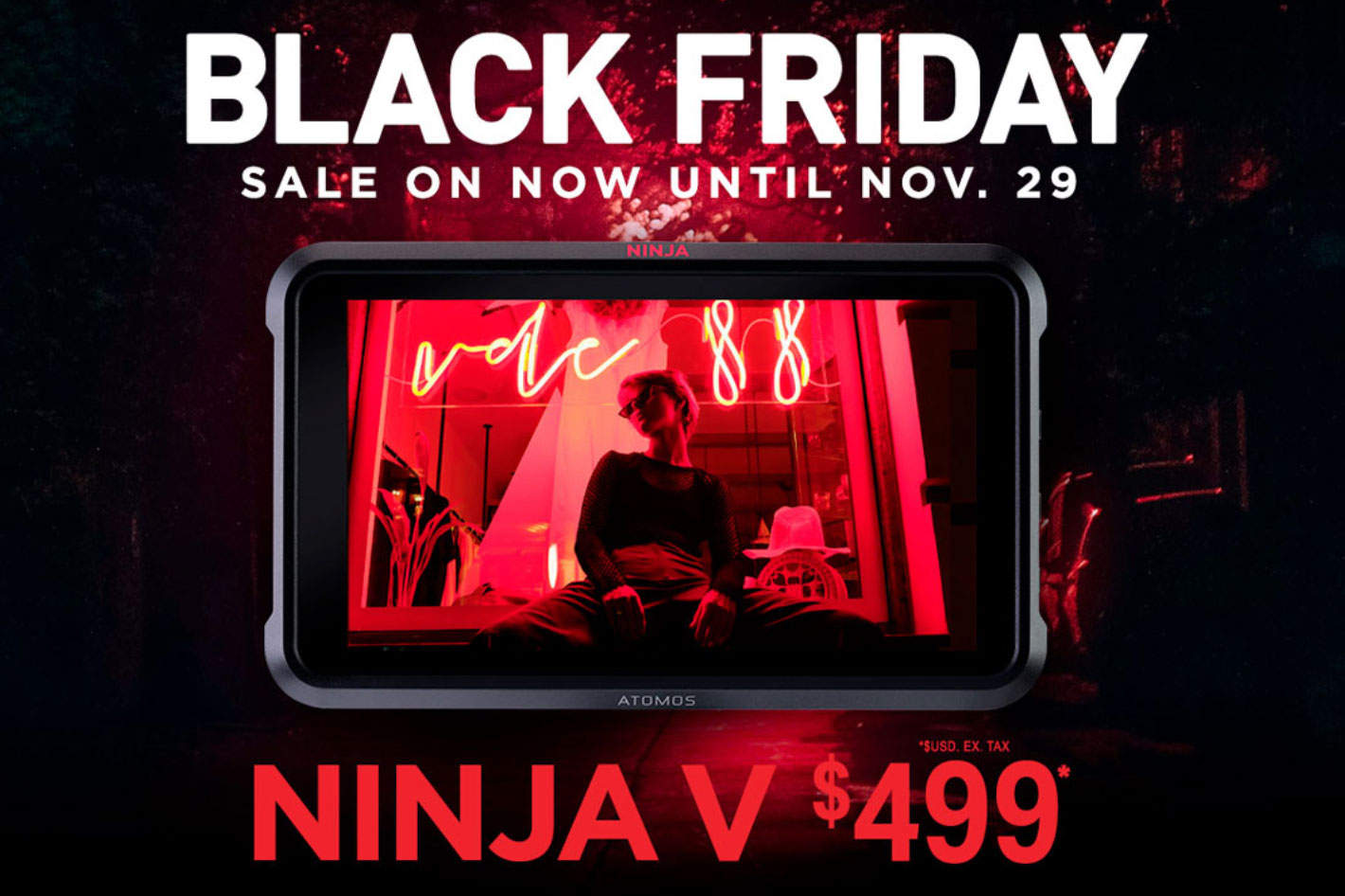 Go Live with the AtomX CAST

Atomos is also releasing an update to the AtomX CAST. New features include compatibility with the NINJA V+, picture overlays, Picture-in-Picture (PiP) recording and a dip to black/white transition. The ability to record both the clean program feed or record with TX graphics, PiP, and transitions directly to SSD makes the AtomX CAST the perfect device for fast turnaround live productions. When a fully equipped studio is impractical, a palm-sized switcher, recorder and video casting device becomes an ideal option. Other updates including support for interlaced inputs, an option for audio delay and bug fixes combine to make this the most compelling AtomX CAST release to date.

Customers should look out for Atomos Black Friday promotions on the NINJA V and the NINJA V+ Level-Up Promotion to experience the evolution of these pioneering devices first hand. More information here.