The new Nikon Z 6 and Z 7 mirrorless cameras output a fullframe 10-bit 4K N-Log signal, raising the bar for filmmakers and photographers shooting video everywhere. All you need is an Atomos Ninja V! 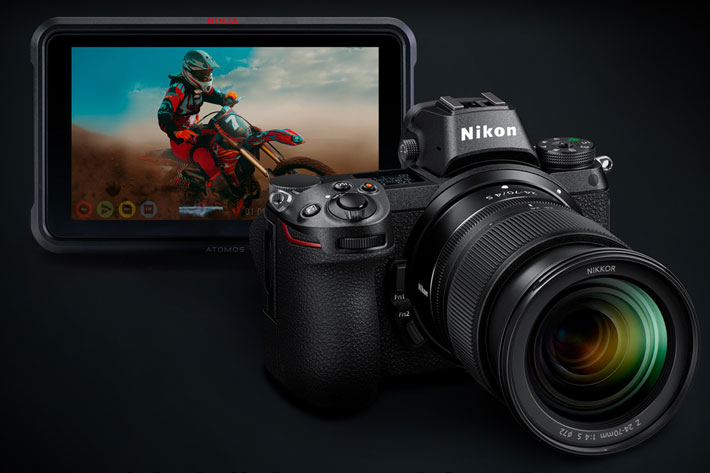 The information provided at launch by Nikon pointed to the fact that the Z7 and Z6’s simultaneous recording of 4K UHD movies with 10-bit output to the camera’s memory card is not possible, as I mentioned in a previous article, and Atomos was quick to present their solution, as expected: the new Atomos Ninja V 4K HDR monitor/recorder.

Atomos announced that the company is proud to be the first to support Nikon Log, Apple ProRes recording and HDR monitoring from the Z series cameras, and adds that those interested in seeing how it all works only need to go to the IBC show, September 14-18 in Amsterdam and Photokina, in Cologne,  September 26-29, to see the new Nikon cameras working with the Atomos Ninja V 4K HDR monitor/recorder, which can record and display in HDR.

The Nikon Z 6 and Z 7 have state-of-the-art full-frame sensors, with 45.7 MP and  24.5 MP respectively, that output pristine 4K images over HDMI, ready for conversion to HDR by Atomos. The Atomos Ninja V records the output to production-ready 10-bit Apple ProRes or Avid DNx formats.   A whole new era begins!

With its new mirrroless cameras, Nikon breaks a barrier and defines what the landscape will have to be for other companies: without any Cinema cameras line to protect, Nikon decided to go for full-frame 4k 10-bit recording on its mirrorless, breaking the 8-bit barrier. All you need is to output the signal to an external device. With the Nikon and Ninja V combination you can capture more shades of color for maximum flexibility in postproduction. Get footage like never before, with better looking skin tones and smooth gradients in skies. This means, says Atomos, the combination perfectly meets the specifications for true HDR delivery.

The Z 6 and Z 7 offer the new Nikon N-Log gamma, a brand-new Log gamma designed by Nikon to get the most out of the cameras’ sensors and wide dynamic range. Atomos are the first to resolve N-Log to HDR on their devices and Atomos’ engineers have developed specific presets for it. Setup is automatic the moment you plug the Ninja V into the cameras thanks to advanced communication between camera and monitor. The Ninja V can show a massive 10+ stops of dynamic range on-screen, to allow users to make accurate exposure and color decisions. The recorder can receive timecode and be triggered directly from the cameras. 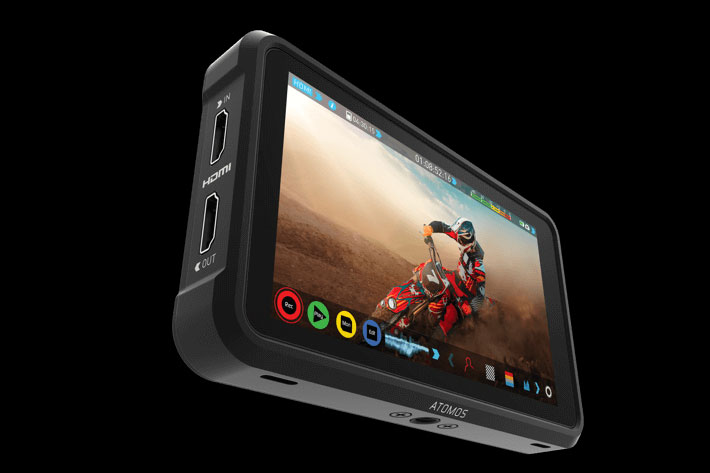 The Ninja V has a sleek 1” thick aluminum body, crafted for maximum durability, and weighs only 11oz. The high brightness 1000nit display allows it to be viewed in daylight and used to display HDR images. The screen is color accurate and can be calibrated to maintain its accuracy over time. The Ninja V records onto industry standard SATA SSD drives, including the new AtomX SSD Mini series of smaller form factor drives. As a result, these drives are more affordable than proprietary media. Footage recorded onto the Ninja V can be instantly played back in REC.709 or HDR on the device itself, or to a TV. Metadata is embedded into the HDMI output to allow correct display of HDR on compatible monitors and televisions. The Ninja V has a modular expansion slot to allow future upgrades to its feature set.

Atomos CEO Jeromy Young said: “It’s fantastic to push technology barriers with our friends at Nikon. Combining the new Nikon and our Ninja V HDR monitor/recorder gives filmmakers exactly what they have been asking for – a compact full-frame 4K 10-bit recording system at an amazing price point. To be able to offer users the next level of performance with our Ninja V and Nikon is what our company is truly about!”