Piling on more on the October MAX 2022 release, below is a November Adobe Meet Up video with some of the After Effects team and others. Mentioned in that video (though the MAX2022 store is closed) you could get the official AE and PR pillows at the main Adobe Store. They’re paired, and not cheap when shipping cost is added. If inventory runs out, there are similar offerings elsewhere. Maybe a sticker is more obtainable!

The Public Beta of After Effects continues, with very substantial features being a Properties Panel, 3D Model Import, and OpenColorIO and ACES color management.

A recent feature addition was described in Text has arrived in the Properties Panel! Adobe’s Catie Bass says, “With Text Properties in the Properties Panel, you can quickly and easily edit all the properties from the Character and Paragraph Panels for your selected layer. Update your font, change your fill and stroke, set your paragraph alignment, and even add Text Animators, all without needing to switch between panels!” 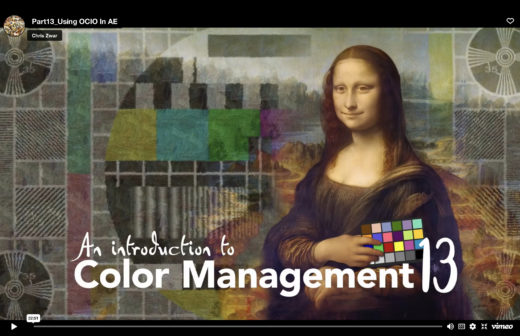 Not long ago, Adobe publicly announced that OpenColorIO (the free open-source plug-in) is being integrated directly into After Effects to offer native support for ACES without the need for a 3rd-party plug-in.

Pausing for updates to the announcement, Chris Zwar has continued his discussion of this plug-in in his video and article, Color Management Part 13: OpenColorIO and After Effects here on PVC. If you want background, previously in Part 11 he introduced OpenColorIO and the history behind its development. Then in Part 12 he introduced ACES and explained why it was significant for the entire post production industry.

Creative Dojo posted a mini roundup noting DaVinci Resolve for iPad, Free After Effects Scripts, and X-Particles Frost and more. Vincent also shared After Effects: Digital Screen Tutorial, discussing some ways to create and stylize a digital screen LED look, including how to build some of the finer detailed elements to create an more organic result.

Jake Bartlett, aka Jake-in-Motion, posted How to 3D track ANYTHING into your videos! \\ After Effects Tutorial. Tracking text, graphics, or other elements onto footage can be an easy task in After Effects, and in this video, Jake shows you how to quickly use the 3D Camera Tracker effect to analyze a video clip and generate a track that you can apply to anything. Jake says that it’s an “amazing workflow and works extremely well.” Tracking has been a popular subject in recent months!

Motion Princess has a 2-minute tutorial on curved surfaces in After Effects.

The full tutorial on curved surfaces in After Effects#aftereffects #tutorial #motiondesign #mograph pic.twitter.com/ytoTzUogXv

Animating a Written Pencil Signature in After Effects by Oliver Randorff shows you techniques to animate a mechanical pencil signature in After Effects. Using trim paths and the write-on effect, he adds tips on animation timing and uses Set Matte for a little fake 3D. Project files & bonus tutorials are available through Patreon, and there’s a Skillshare course too.

Advanced COMPOSITING Tutorial in After Effects – no beginners from flomotion lasts about 15 minutes. Fortunately the Particle Illusion standalone application is free from Boris FX!

The Tilda for After Effects script (by Motion Princess) seems fun. If you want background and a long way home, check out Simple Squiggling Line – Adobe After Effects tutorial by Evan Abrams.

See also Wave Path by Steve Kirby, “a preset that generates a perfect wave bezier path — with pinning. If you’ve ever applied After Effects’ Wave Warp to a stroked path and been disappointed with the way it looks, this one is for you.”

Animatabledot.co has several free ones in their script collection, including the aforementioned Wave Path and the recent Bendio.

Another is Multimatte, a free script for After Effects that makes a new layer with the combined alpha channels of several other layers. It uses the Set Matte effect. This script is reminiscent of Compound Matte 2 and Matte-Kit. All three are untried here, and matte info is in flux with the addition of AE’s new Track Matte system.

The GAME CHANGING New Track Matte System in After Effects 2023, from School of Motion, covers the feature revisions in the latest updates to After Effects. Host Kyle Hamrick covered that in previous videos (seen in recent roundups) but now adds context. He reviews what a matte is, why you should use it, and all the creative ways you can take advantage of this cool new feature set.

SonduckFilm posted some useful tutorials: Create a Distortion Effect in After Effects (glitch in under 60 seconds) and 5 FREE Scripts & Tools Every After Effects Artist Should Have. Those 5 are: Kinda Sorta, Sociable, Buttcapper, Wiggle, and Coco Color Wheel.

School of Motion posted 5 Quick After Effects Tips for Beginners – A Tutorial to Help You Learn FAST! by Jake in Motion.

They had a good number of other tutorials, including a series of tutorials on “Design Hacks for Video Editors.” These included Choosing Colors that POP, Tips to Choose and Layout Fonts, and How to Design Titles (Compositing and Composition). Host Joey Korenman explains value structure as the cheat code to getting type to be more readable, color, grid layouts in After Effects, how to use stabilization, roto, and keying to clean up footage, and how to lay out type using the Rule of Thirds.

How Can This Be 3D? | Fake 3D After Effects Tutorial from Pixflow introduces 2.5D basics in less than 5 minutes.

Boone Loves Video posted Animate a Map in Adobe After Effects (without Plugins), among other tutorials.

A tip on loops from Victoria Nece, the AE product manager… and more loopiness from @AutomotionTools.

AE expression fun! You can set loopIn and loopOut to cycle, pingpong or continue, but did you know about the fourth option,⭐️offset⭐️? It's a super-quick way to create a repeating, rhythmic motion path. pic.twitter.com/2vYXArpTZN

Loop any mix of properties, paths and even AV layers in one click with Loopy, the handy panel for #AfterEffectshttps://t.co/3K0KymTTHk#Mograph #MotionDesign #aescripts @aescripts #script pic.twitter.com/oQpuMhX0aj

A New Way to Mask in Adobe Premiere Pro, from Premiere Gal, shows you a new way to create masks using the shape tool with the Essential Graphics panel.

Looking aside of After Effects for now… From Unreal Fest 2022, is a sneak peek at new tools designed for broadcast designers and animators titled “Project Avalanche” that will enable you to design “your next network TV project” fully in Unreal Engine. 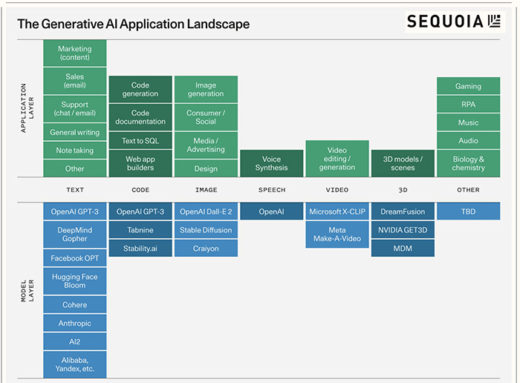 San Francisco AI company OpenAI debuted their DALL-E API, so developers can integrate its AI artwork into their apps — for 2 cents an image. DALL-E is currently available as a standalone commercial service that allows people to generate 1024×1024 images from text descriptions.

And then of course, there’s another facet:

A year ago, The Verge posted an article on Project Morpheus (video below), Adobe has built a deepfake tool, but it doesn’t know what to do with it by James Vincent. While Photoshop is now a verb, there is gap in the future: “Regardless of your intent, if you want to create this sort of deepfake, you have plenty of options, none of which come from Adobe.”

Adobe does seem worried about deepfakes, while of course pursuing the uses of AI. See for example, The case for content authenticity in an age of disinformation, deepfakes and NFTs by Santiago Lyon on Adobe Blogs and Deepfake Epidemic Is Looming—And Adobe Is Preparing For The Worst by Aayushi Pratap in Forbes June 2022.

Descript: an app to reinvent the video editor, by Jose Antunes here at PVC, discusses the latest update to the full-workflow video and audio editor, which intends to make editing video as easy as editing a doc or slides. In November, Descript raised $50 million in an effort led by the OpenAI Startup Fund. It’s ahead of Adobe’s research team on many aspects, especially artificial voice-over. For more on this, see iJustine in Is traditional editing DEAD?! Descript changes everything!

While this is not similar to Descript, like the still-in-the-labs Project Blink, Adobe has something released (partially to everyone): Project Shasta is now Adobe Podcast (in beta). Creative Dojo explains in The Best Audio Tool for Video Creators? ThioJoe also seems to like this app for audio enhancement; see Adobe’s New Beta App is Absolutely INSANE. Note that the enhancement tool (which has no controls in web access) will not perform miracles! Without a high level of investment, improving licensed tech (Denoise, etc.) might be better.

Please note that these roundups are for quick review and comparison — and After Effects Portal can only skim the surface of what’s out there.

Note that there’s almost always vital information from the originating authors at the links provided, and often free presets, projects, or stock footage too.
@aerich