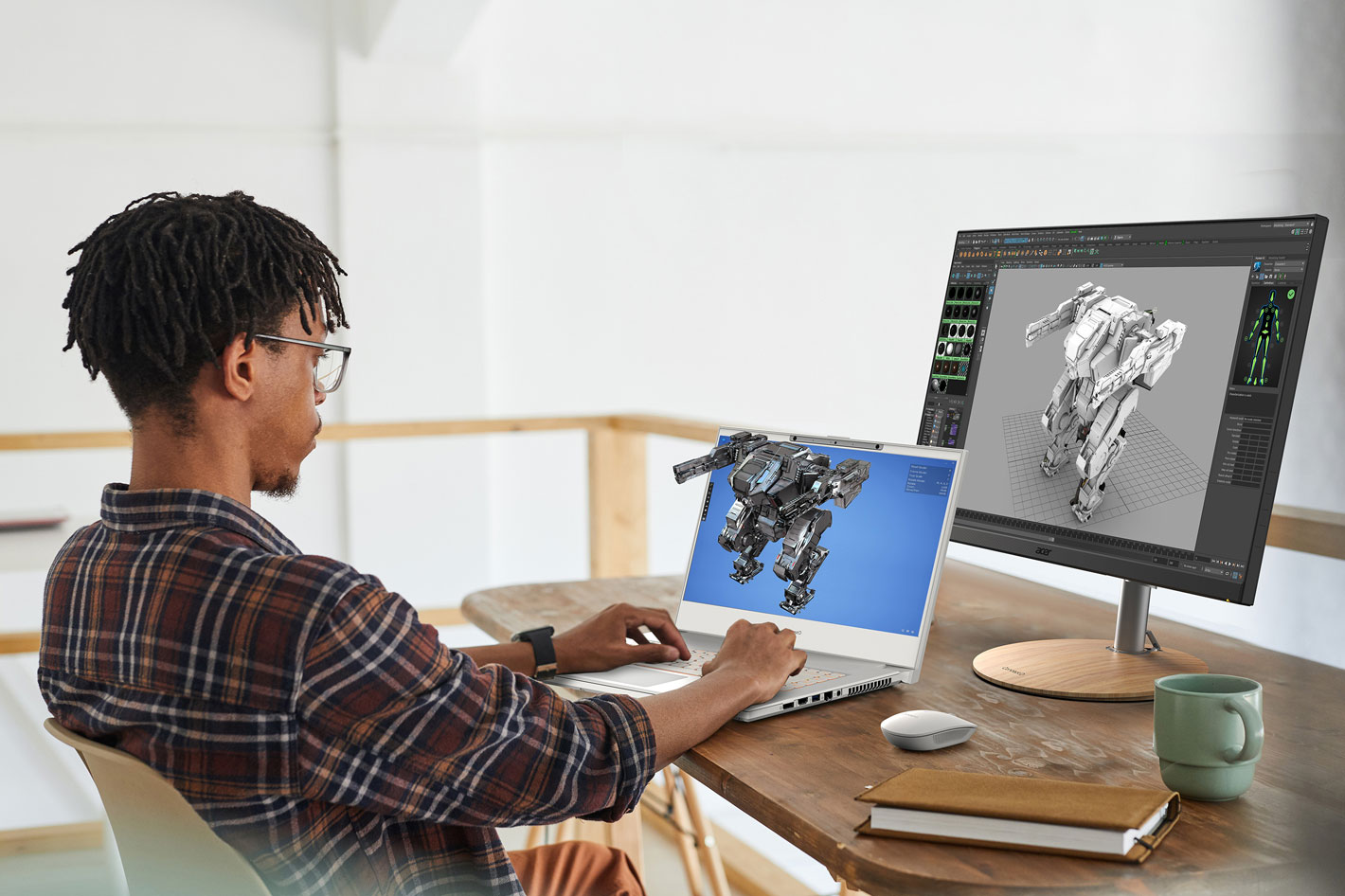 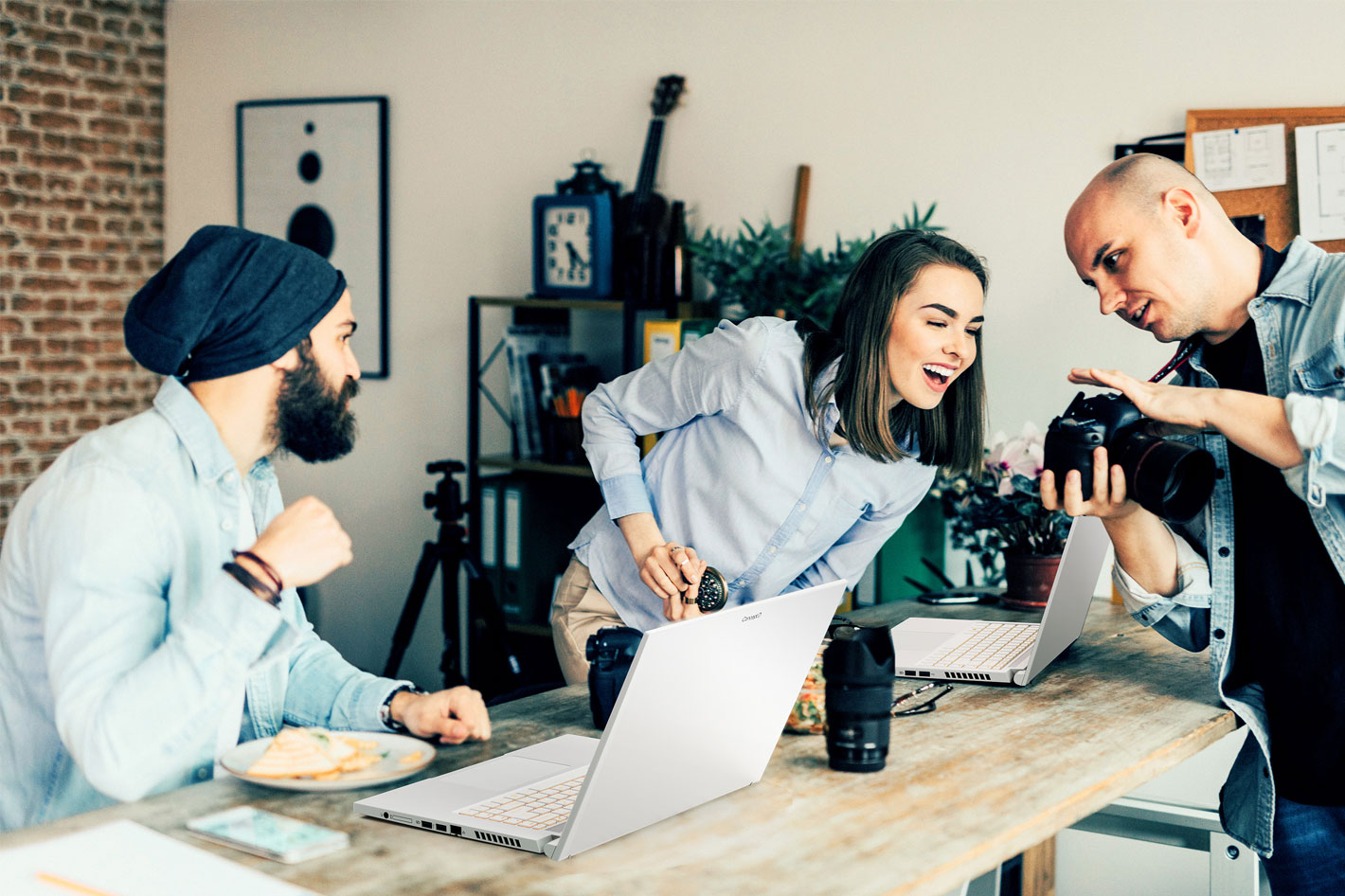 It takes a truly powerful device to render 3D models in real-time, so the ConceptD 7 SpatialLabs Edition laptop has been equipped with up to an 11th Gen Intel Core i7 processor, up to an NVIDIA GeForce RTX 3080 Laptop GPU, up to 64 GB of DDR4 memory and up to 2 TBs of NVMe PCIe SSD storage, depending on model and region. All of this hardware powers a PANTONE-validated UHD 4K display that boasts a wide range of color technologies to cover 100% of the Adobe RGB color gamut and reach a Delta E<2 color accuracy rating, ensuring that what creators see on the stereoscopic 3D laptop’s screen is what they get.

Sitting above the screen is a set of stereo cameras that track eye positions and the movements of a user’s eyes and head in order to display images in stereoscopic 3D. This is achieved by projecting two slightly different images through an optical lens that has been bonded to the display’s panel, each refracted to a different eye. Real-time rendering technologies allow this process to take place immediately—if a user rotates their head, the stereoscopic 3D image will adjust as if the user was looking around it. Furthermore, the computer comes equipped with a suite of AI technologies that perform tasks like stereo image generation, allowing users to turn standard 2D content into stereoscopic 3D content. 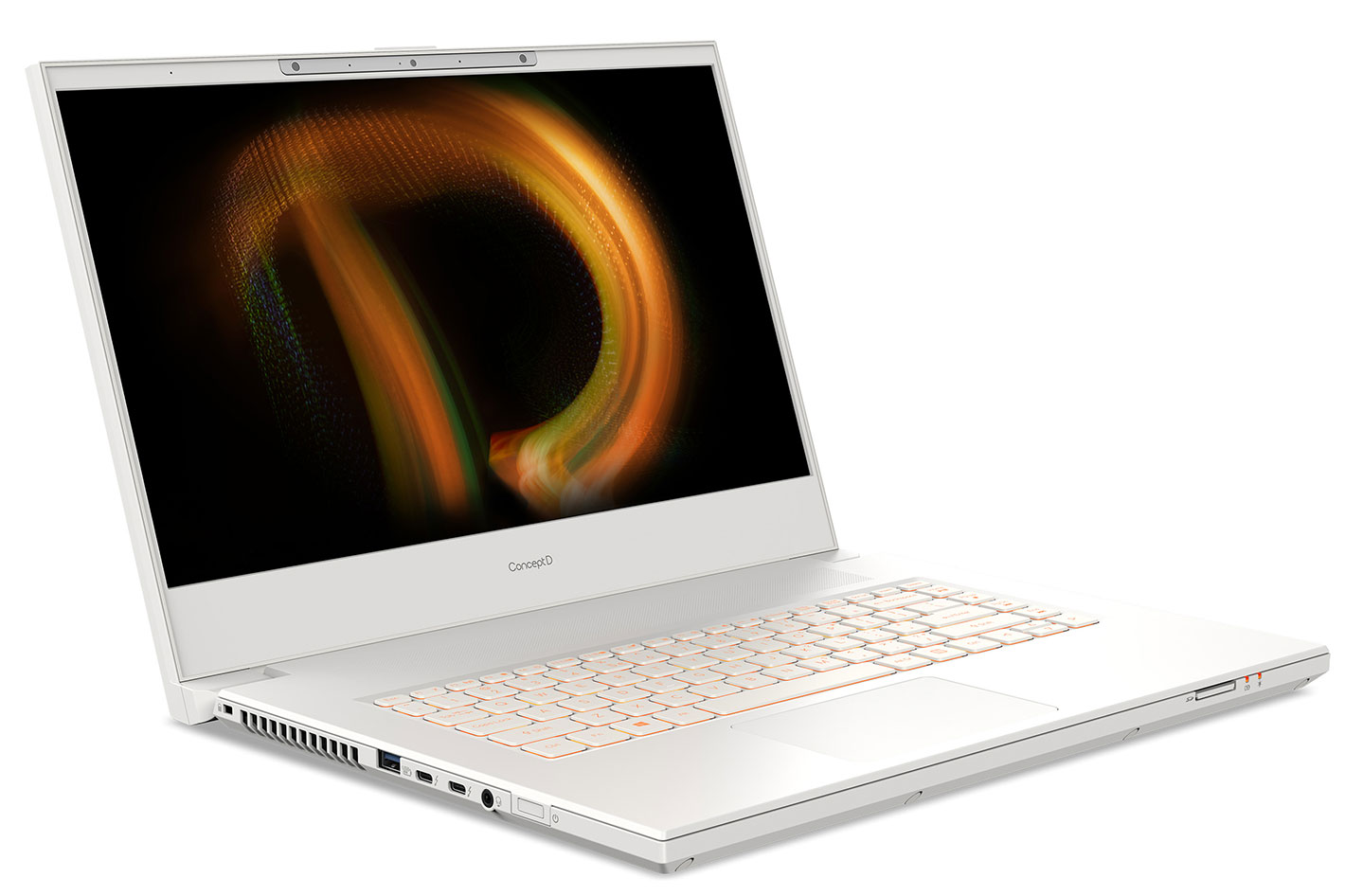 Right out of the box, SpatialLabs empowers designers with the ability to see their projects come to life in real time. Support for all major 3D file formats – OBJ, FBX, STEP, STL, COLLADA, IGES, glTF, 3DS, BLEND, PLY, DAE and IGS – lets creators convert their 3D models into stereoscopic 3D simply by importing them into the SpatialLabs Model Viewer, where they can also adjust lighting, textures, and HDRI backgrounds to find optimal presentation settings.

The laptop can also be used in tandem with an extended 2D screen, making it possible to create or edit content on a 2D monitor and then view any changes made in real-time in stereoscopic 3D on the SpatialLabs device. This speeds up the process of discovering design issues and drastically improves workflow: Product designers can use the SpatialLabs Model Viewer to get an idea of what the item they are designing will look like before investing the time and resources necessary to print or tool it. Managers and team members are also able to provide clearer feedback at each stage of a project and customers can visualize the design to ensure that it aligns with their expectations. 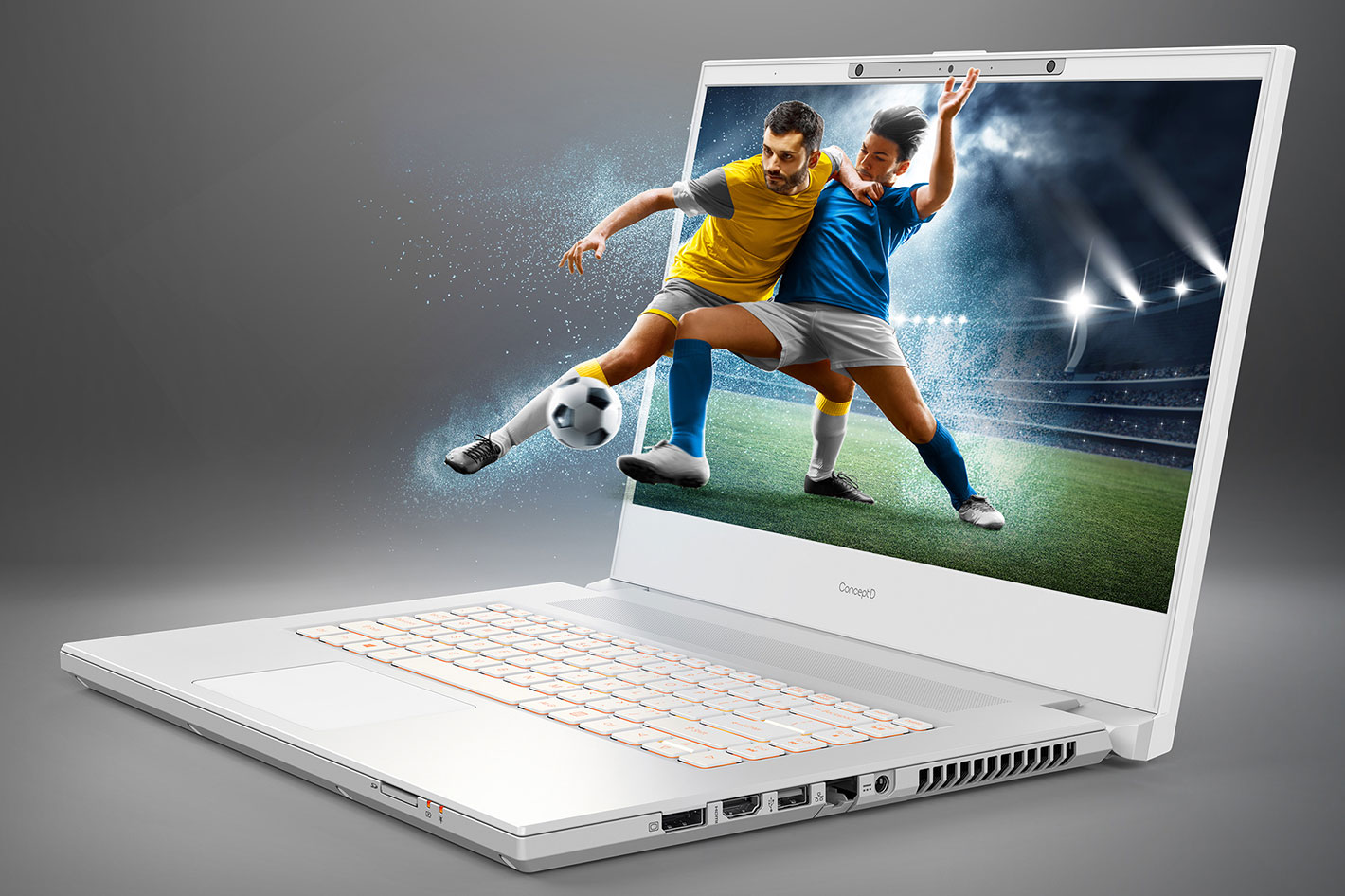 Furthermore, Acer’s proprietary solution SpatialLabs Go has been updated with AI technology that makes it possible to generate stereoscopic 3D content from most 2D content capable of being displayed in full screen, such as photos, videos, simple games and even video conferences.

In May 2021, Acer launched the SpatialLabs developers’ program for Unreal Engine, a real-time 3D tool that gives creators the freedom to realize their visions, empowering developers and teams to collaborate and iterate faster than ever before, with no compromises in quality or scalability. With the launch of the ConceptD 7 SpatialLabs Edition laptop, Acer also debuted the SpatialLabs Developer Site, where developers can get access to all tools including the Unreal Engine plug-in as well the support for Ultraleap Hand Tracking.

Using Ultraleap’s hardware and software, users can input commands with hand gestures, rather than a mouse or hand-held controller. This allows for a far more intuitive experience and reduces the need for users to touch the device itself, which is particularly helpful for “high-traffic” displays, such as in a museum or show room. As part of the program, developers are working with Acer on a range of innovative content, applications and projects—all created with a ConceptD 7 SpatialLabs Edition laptop. Some examples include: 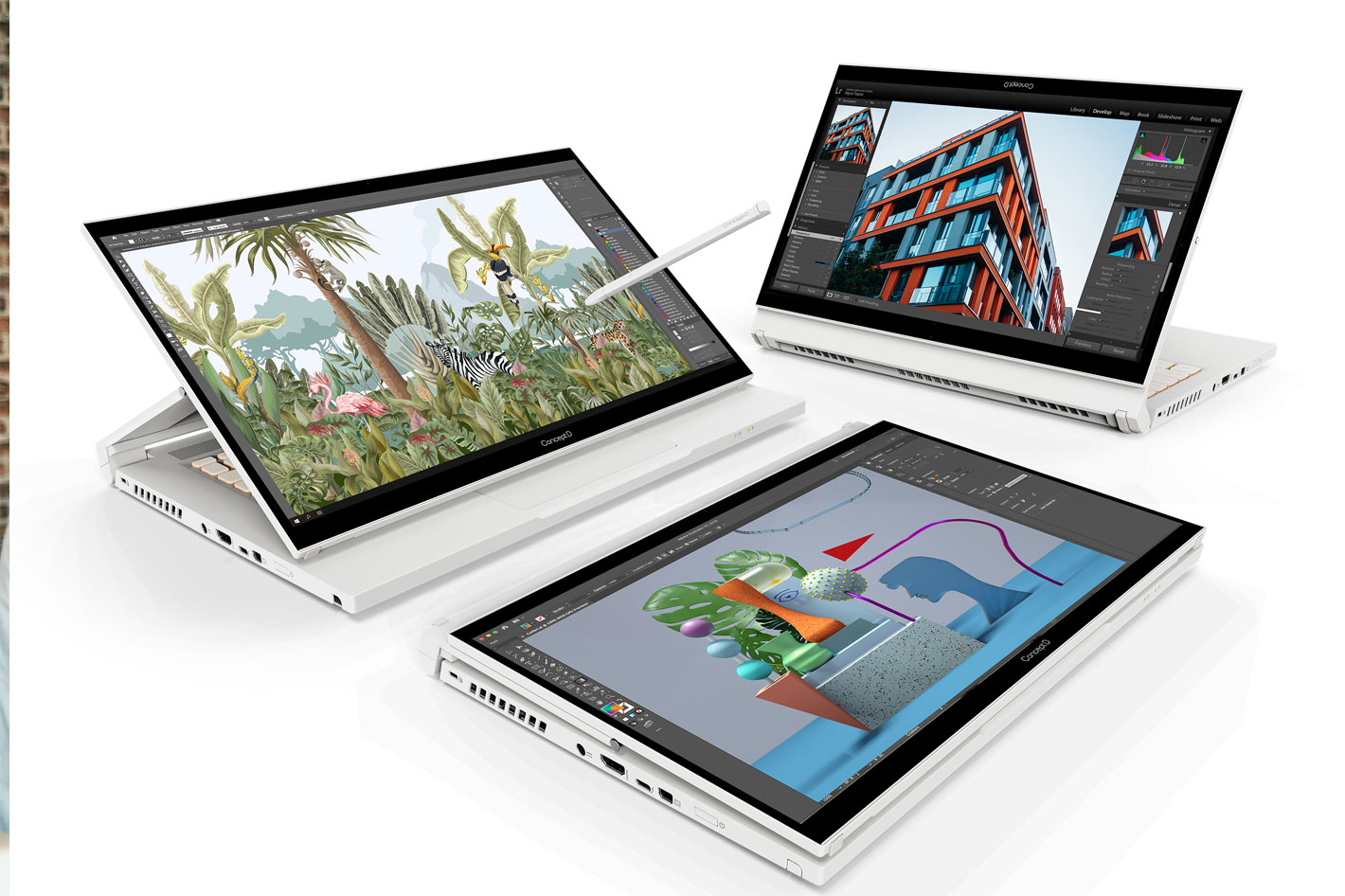 All of the new ConceptD 3 laptops come with a distinctively modern design, featuring a pristine white MAO (Micro-Arc Oxidation) coating that resists stains and abrasions to protect the device’s all-aluminum MgAl chassis. From there, a PANTONE-Validated display with a Delta E<2 color-accuracy rating ensures that all the fine details look exactly like a creator wants them to.