The same year Panasonic celebrates 10 years of the Lumix G series, the company announces its first full frame models, the S1R and S1. Some people say they will quit Micro Four Thirds now. Will they? 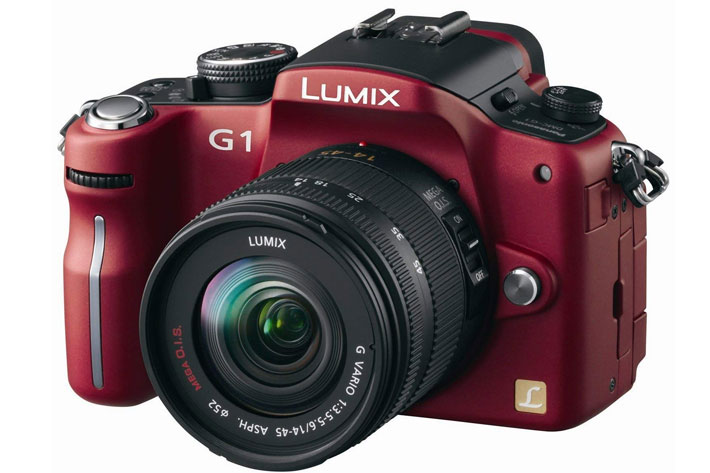 When the Lumix G1 was launched, in 2008, I immediately bought one. I believed in the system and Panasonic’s ability to build on the promises of the first model. A decade later, I see I was right.

If there is one regret I’ve about the red Lumix DMC-G1 I acquired as soon as they were available (end of 2008), is that it does not have video. In fact, not long after I acquired  it – in April 2009 – Panasonic introduced a model with video, the Lumix DMC-GH1. Designed  to offer AVCHD recording in 1080p at 24fps or 720p at 60 fps with continuous AF and Dolby Digital stereo sound recording, the GH1 was the first consumer-priced interchangeable lens camera to also offer continuous autofocus capability while shooting HD video. It is, even today, if you are not after the latest technology, a very capable video machine that suggests how much Panasonic invested to create a breakthrough camera, a decade ago.

It’s that path that the company celebrates now. A decade of Lumix G, the same year Panasonic moves towards its second century. The Lumix family of cameras has many variants, but one is key for video enthusiasts: the GH series, which continues to be the best example of how Panasonic mixed its vast experience in the video area with photography, to create a small camera that has set the standard that many other established camera manufacturers followed. 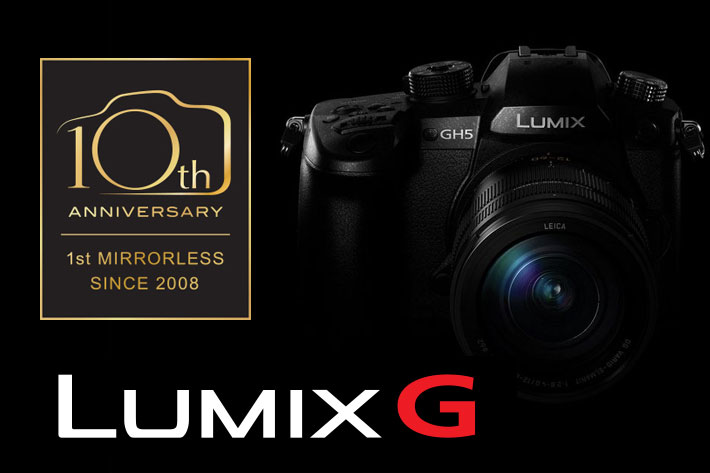 The invention of mirrorless

Panasonic contributed to the invention of mirrorless cameras and, with Olympus, defined the Micro Four Thirds format. With mirrorless, the world got the promise of compactness, as the mirror box and pentaprism from SLR cameras and DSLR are no longer used, and an electronic viewfinder is included instead. Mirrorless also enabled smaller, lighter bodies and compact lenses, a promise that has not been completely kept, but is still the base by which the mirrorless class of cameras is judged. Mirrorless models as the new full frame Panasonic S1R and S1 seem to have forgotten the “smaller, lighter body and lenses” idea, but that is due to the sensor size and, in fact, the need to offer ergonomics according to size, something Panasonic seems to have understood when designing the new models.

Since the introduction of the Lumix G-1 and GH-1 Panasonic has continued to develop the family, expanding the capabilities of a traditional digital camera to not only be more compact but also include the Micro Four Thirds philosophy of creating a truly and completely digital system. The last ten years of Lumix G stand out in the long history of camera development, where Panasonic’s technologies have made paradigm changes to the industry. With the launch of the GH5, Lumix was propelled into the professional market, a position that was further cemented with the subsequent launches of the Lumix G9 and GH5s. 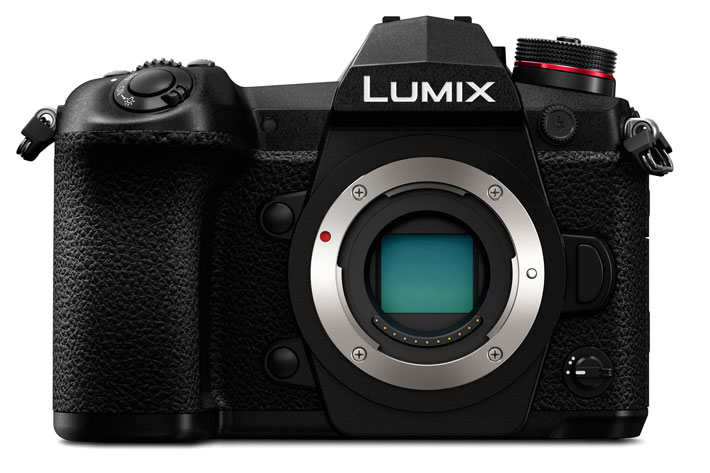 “As an inventor of mirrorless cameras, we have developed unique technologies to achieve high picture quality, high-speed performance, mobility, and professional-level video as core competencies. This also includes optical technology, with the close cooperation of leading technology partners and a long-term collaboration with Leica camera AG, to bring to market the Dual Image Stabilizer, and Digital Processing by Venus Engine to realise high picture quality” says Yosuke Yamane, Director of the Imaging Network Business Division at Panasonic.

Panasonic’s Lumix G cameras are known for their small size but also for the technology they introduced to the world, be it the original DFD (Depth from Defocus) Auto Focus technology for ultrafast focusing, the developments of a mirrorless camera that enables world’s first 4K video recording, Dual I.S. (Image Stabilizer) or 6K PHOTO for high-speed burst shooting at 30 fps in 18-megapixel resolution. All these are definitely epoch-making in the industry. 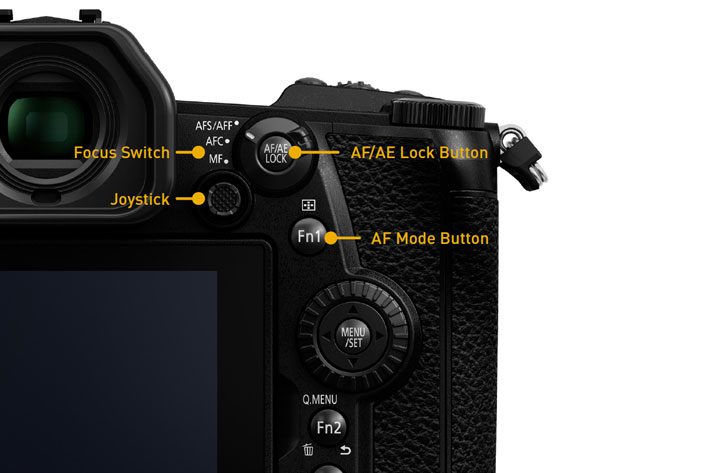 Panasonic as a solid base to MFT

These developments were realised by a devotion to technology and to detail. “Crystallising the core competence in our technologies for mirrorless cameras, we have developed cutting-edge digital cameras; the Lumix G9 that packs uncompromising performance for still photography, and the LUMIX GH5S that has attained the highest-ever sensitivity and video quality in succession to our world-acclaimed flagship, the Lumix GH5”, says Yamane. Panasonic will continue to focus on the development of high-end digital cameras that meet stringent standards of professional photographers and video creators.

With a decade of history, celebrated under the banner of “Changing Photography”, the Lumix G family of Micro Four Thirds is one of the best success stories of the industry in recent years, something I felt was going to happen, when I acquired my Lumix G1, back in 2008. The industry in the early 2000s was invaded by “me too” names that wanted a place in the new “digital photography world”, and some of them were bound to fail, as they did, but Panasonic seemed, to me, as having a plan for the future. Their alliance with Olympus gave Micro Four Thirds the solid base that took the format to be one of the references in the industry. 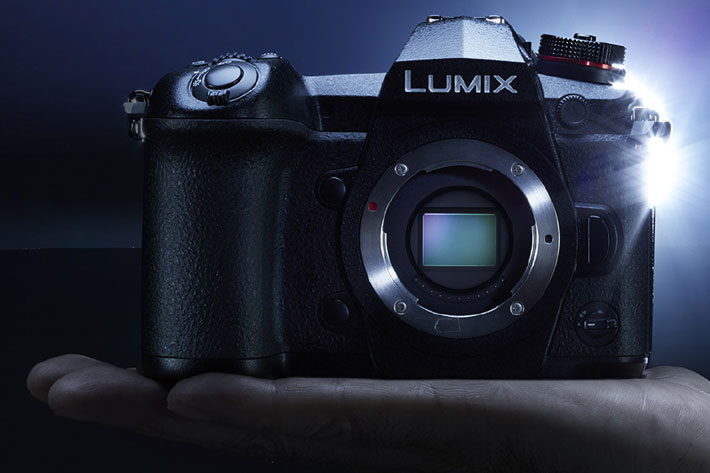 The recent introduction of the first mirrorless full frame models from Panasonic, which point to a new direction some were not expecting the company to take, immediately gave the basis for a lot of rumors about Panasonic leaving Micro Four Thirds, and leaving Olympus alone. While I understand that those titles are excellent click bait and give huge traffic numbers, the truth seems to be that Panasonic is not going anywhere.

In fact, the company announced at the launch of the S1R and S1 new products for its MFT line. I believe that if they were leaving, they would not show any new products. After all the decision to go full frame was not taken in the last couple of months, and strategically it makes complete sense to keep the two lines, because not everyone wants to carry the extra weight and volume of a full frame camera. Or pay the extra price for larger cameras…

Panasonic stated, when announcing its “Changing Photography” vision, that Lumix “will continue its challenge over the next ten years to maintain its position in the industry as an innovator with continuous effort to introduce new and exciting technologies.” To this Yamane added a comment: “We push ourselves to develop the best tools for photographers so that they can capture their vision of life with every shutter release, anytime and anywhere. We are determined that Lumix will continue to lead innovation in the camera industry for many more years to come.” 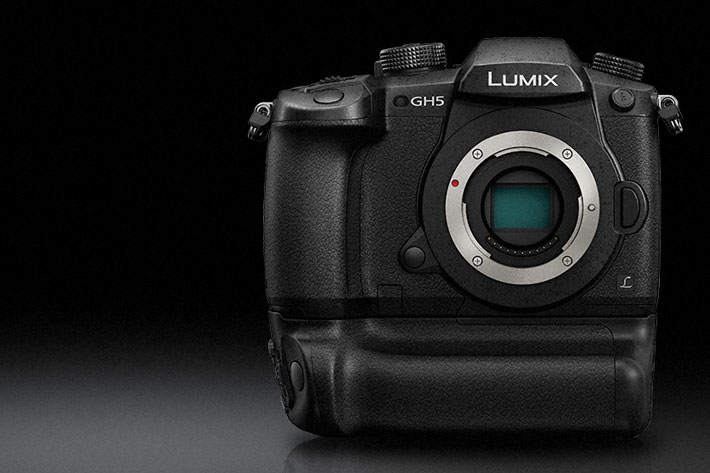 Will development slow down?

No doubt we will see some slow down on the development of G cameras, but the predictions that Panasonic will drop the MFT family of cameras – many times coming from people that only yesterday praised the compactness of the format… –  is irreal. No one throws away a component that has been a huge part of its business model.  Panasonic has already indicated that the company has no intention to quit Micro Four Thirds, after all a format they invented.

Many photographers  who moved to MFT because of the small format, have no intention to move to full frame, so the idea that everybody wants a full frame camera is… plain wrong. In fact, we tend to forget that if the companies behind the original APS (Advanced Photo System) format – Kodak, Fujifilm, Canon, Nikon, Minolta and others – had managed to make it popular, many of today’s users would have no idea of the meaning of full frame or 35mm. 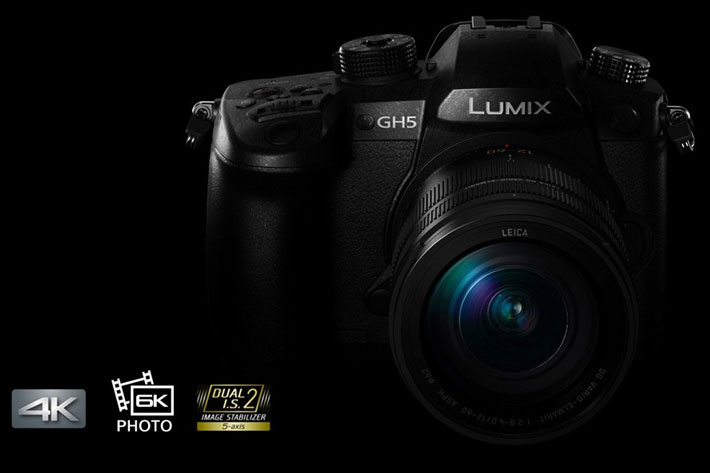 Lumix G made it possible to tell stories

Videographers also love the MFT format for what it has offered to legions of creators worldwide. The Lumix GH series has a special place in the heart of many who had a chance to tell their stories, because Panasonic created a small camera with all the features needed to be used in serious video projects of any level, up to professional. The Lumix GH5 and GH5s represent the actual top of the line and are not models that we will see go away any day soon, I believe.

The feature set of these cameras allied to their small footprint and lightweight makes them ideal for a lot of uses where a full frame camera like the Lumix SR1 or S1 will not be a viable choice. Full frame camera sizes may be getting similar to MFT these days, but in terms of lenses things are still very different. From traveling to

use with drones, the Lumix G series has proven its versatility for a decade now, and the results it offers have been praised by everyone, so why should it change now? After all, these are only tools, and having specific tools for different jobs is always a good thing. Would you throw away a decade of investment in a product that continues to attract people?

As a final note, let me say that my red Panasonic Lumix DMC-G1 continues to work perfectly and gives me excellent images (no video, my fault for not waiting…) ten years after I bought.  My two sons have used it too and they like it as well. I am still amazed when I power it up and look through the electronic viewfinder or use the LCD. So many options! I knew I could trust Panasonic.