Panasonic made the camera of the year with the LUMIX GH5S. While some say it beats the Sony A7SII and others say “it does not”, one thing is sure: never a Micro Four Thirds sensor went this far. 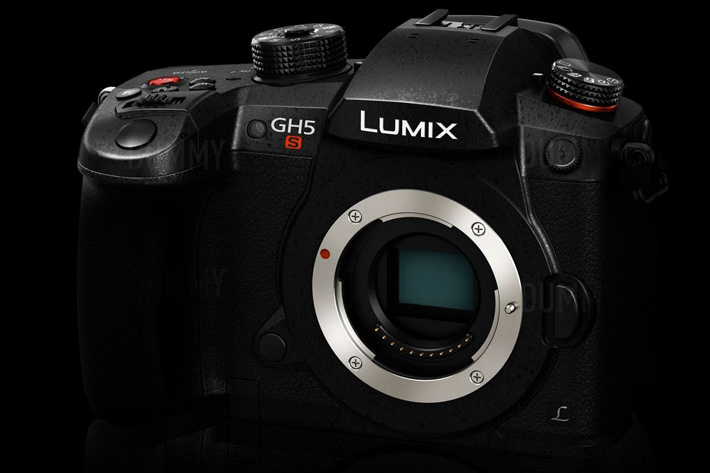 Whichever way you look at it, the LUMIX GH5S is a miracle. While it may not be as good as some want to believe, it’s fantastic what Panasonic got out of a small sensor. That’s what people really should be talking about.

The LUMIX GH5S is better than the Sony A7SII… or not? Does it really matter? Is people going to change all their gear because the newest camera available is better than the camera they use now? And is it really better? With so many opinions available right after the camera was launched, it is difficult to know which to choose as the more reliable. Or is it just a matter of different opinions, workflows, and preferences?

What the diverse videos available right after the camera was announced – some presented as tests-  reveal is that people see things differently, from colours to noise or light. So, better than to follow just one of the opinions, it makes sense to have a look at some of the videos published – and believe me, there are many more – and decide which better fit your vision of the LUMIX GH5S.  We picked up some and publish them here, so you’ve a chance to see what different authors see on the camera.

One thing everybody will agree: the LUMIX GH5S represents a miracle for small sensors, a sign of how far the technology has evolved, and how Panasonic has managed to tweak the Micro Four Thirds sensor. In that sense, the LUMIX GH5S may well beat the full-frame Sony A7SII, which is a good thing, as it means Sony will have to work harder for the next model they design.

Tests or comparisons of the LUMIX GH5 against Panasonic’s EVA1 are also part of the experience, and other camera brands are also checked against the new video-centric Lumix from Panasonic. Some of them may well represent taking things to extremes, but some light may come out of these experiences… many centered on low light usage of the camera. There are also comparisons between the GH5S and the GH5, and the final note may well be one: they are different cameras and if you’re using Lumix, you may well want to have both in your bag.

The videos published here at PVC will probably give you all or most of the answers, and raise some questions, like the one centered on the missing IBIS, which some swear is much needed and others say could cause problems with some setups… one of the reasons suggested by Panasonic to keep it out of the GH5S.

One thing the LUMIX GH5S demonstrates, but that’s not news, in fact: there are times when less pixels are better pixels. We’ve seen it through times, from small compact cameras to models on the professional segments, especially the top DSLRs from Canon and Nikon. While the companies may pursue the “the more pixels the better” marketing strategy that consumers seem to love and applaud, the top models used by working professionals do not follow that rule. Remember? The Canon EOS-1D X full-frame DSLR, offers “only” 18.1 effective megapixels, and the Nikon D5 full-frame DSLR has “only” 20.8 effective megapixels.

Panasonic used the same logic to create a camera able to work better in low light, especially important when the sensor it uses is a small Micro Four Thirds, always said to be limited due to its noise at higher ISO. Because the LUMIX GH5S is designed to be first and foremost a video camera, the reduction of the number of pixels to about half of the actual MFT sensor number of pixels, still offers enough resolution for video, on a camera that, as photographic tool, offers only a 10.2MP sensor, something that takes us back to one decade ago. In fact, it was in 2007 that Canon introduced its Canon EOS 40D, with a… 10 millions pixels CMOS sensor. We took fantastic pictures then, so I believe we can still use that number of pixels to do some great work… on both photo and video.

So, taking us back to the past in terms of the number of pixels – and this should make us think – Panasonic creates a video camera that is looking at the future, and points towards a time with smaller, more agile camera rigs, accessible to more people. The LUMIX GH5S may not be the camera for everyone, but it is no doubt, a step in the right direction in terms of  giving users multiple choices in terms of video. Something the videos presented here, no matter how diverse some of the conclusions area, will agree on. The year of 2018 starts on a very positive note.