Like Sigma and Canon before them, Zeiss has opened up a showroom/workshop hybrid space, this one located in Sherman Oaks, chosen for its central location for the majority of the Los Angeles area. The space is designed for anyone interested in shooting with Zeiss lenses on their next project to come in and kick the tires on whichever line they were looking at. After setting an appointment, obviously.

The cinematographer-focused space has a “rental house” area with some cameras available to test the lenses with like the ALEXA SXT, RED Monstro, and EVA-1, a lens projection room to get some more technical information about your lenses of choice, a mini-theater with a connection to the editing/color bay, and a little display area out in front with Zeiss’s current lens lineup as well as items from the company’s history such as old microscopes and cameras they’ve made.

After checking out the mini-museum in the front, you may head to the left to the tech area, past the display case with all the Zeiss options available in the cine realm. This room is a well-lit space centered around a camera tech bench aimed at a focus chart. DPs are invited to bring in their camera, or use one of theirs, and see how the Zeiss look fits your project’s style. In addition to the chart, there’s a couch off to the right near the wall of windows placed intentionally to allow you to film a person (arguably a better way to test a “look”). 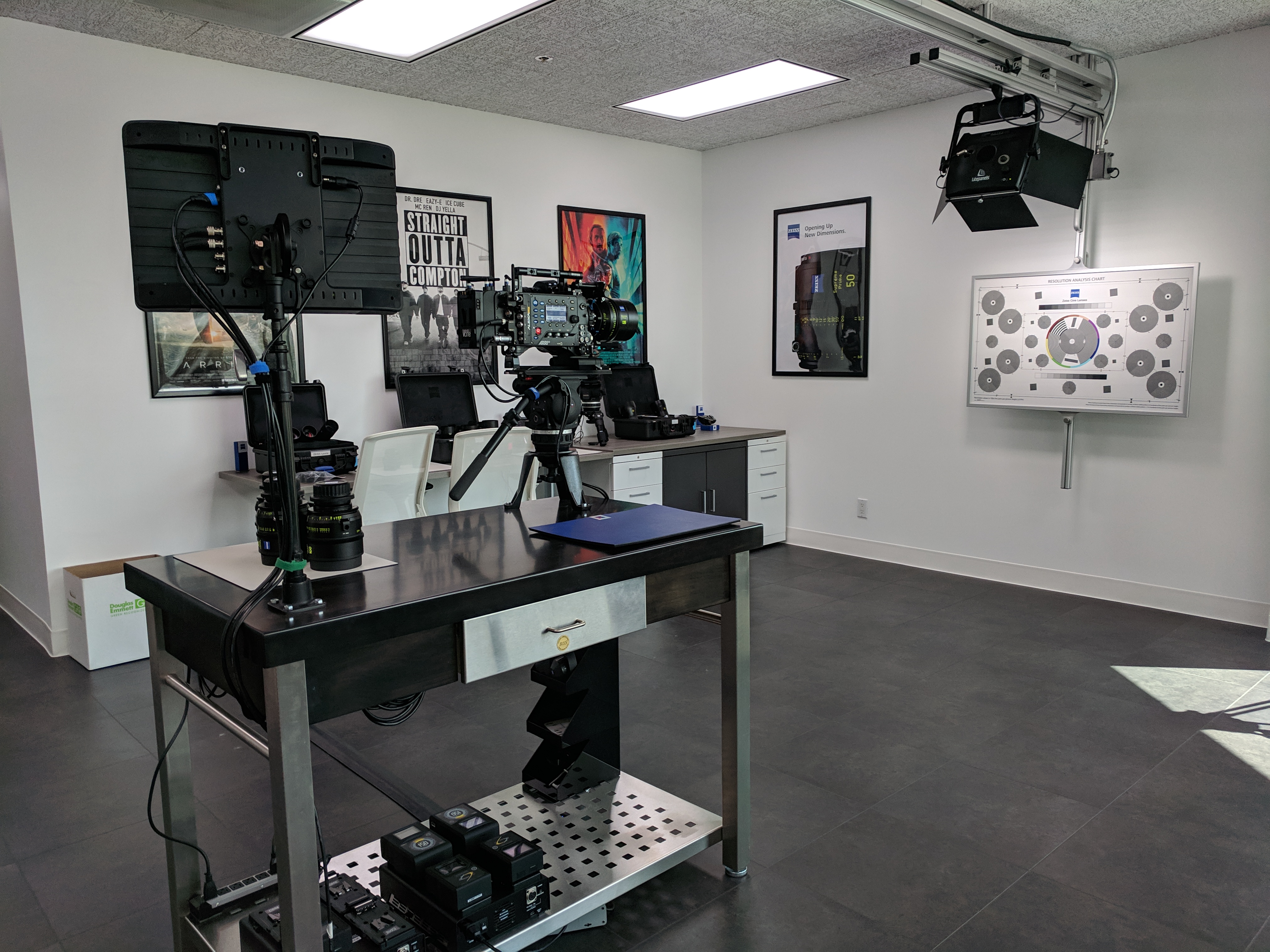 From there, you can head to the opposite side of the office to the post-production room where you can see what you shot, evaluate the image more closely, and even project it in the aforementioned mini-theater (which also has a nVidia SHIELD connected for accessing the usual batch of streaming sites and apps). The post room has an nVidia-based PC running the newest GPU rated to play back real-time 8K RED footage, a dual-screen setup, as well as a 4K HDR Television for pixel-peeping and the usual batch of software like Resolve and Adobe.

Next to that room, a lens projection area containing a meticulously-flattened wall to project on to via their GECKO PRO system, which can test PL or EF lenses covering up to the largest available formats. For the most technically-minded cinematographers among us, this room allows you to get down and analyze the exact characteristics of any given lens and compare them. You’ll be able to see exactly where your falloff starts, exactly how sharp the lens is, exactly how much resolution it can… resolve… any lens nerd’s dream. 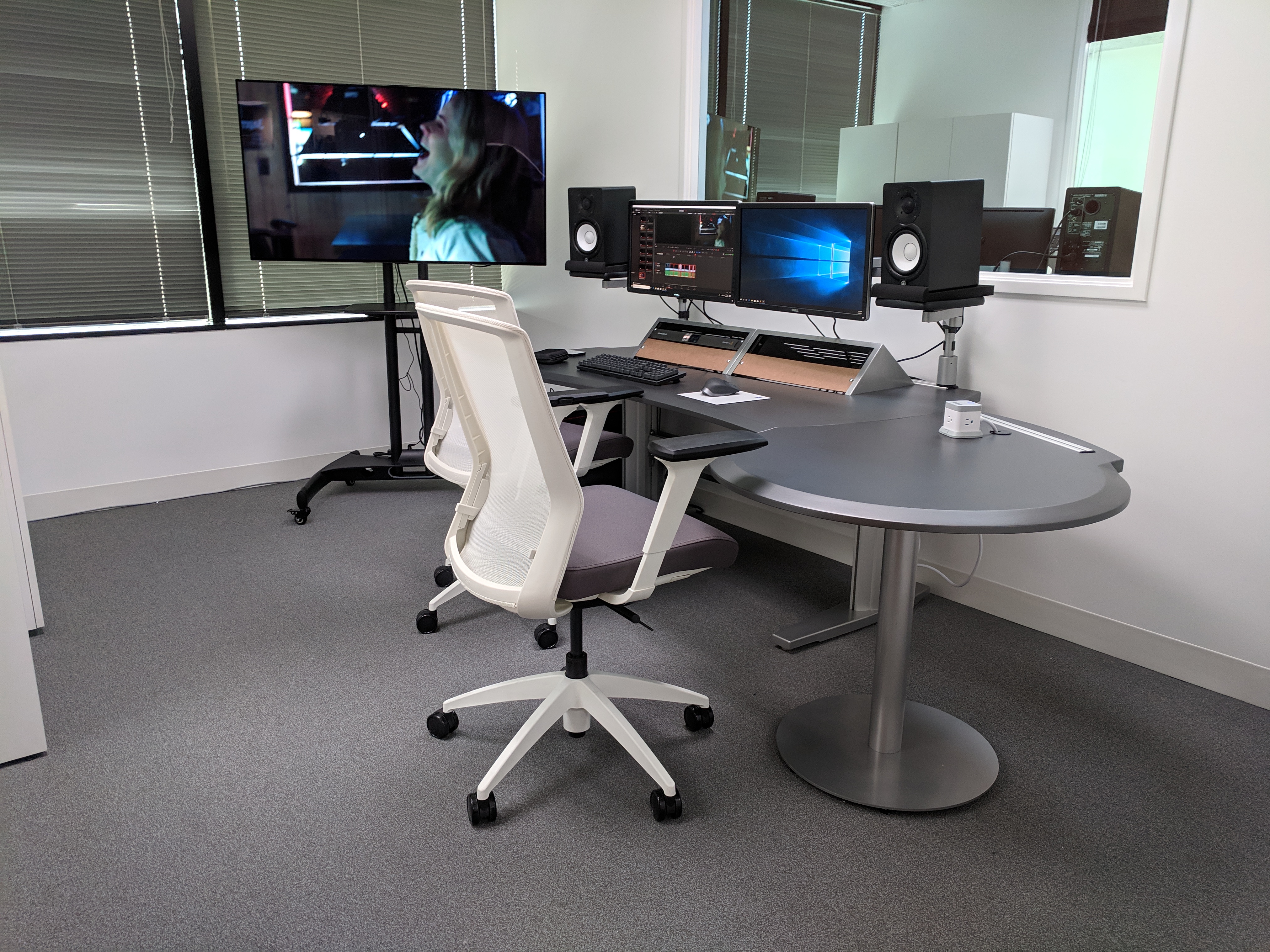 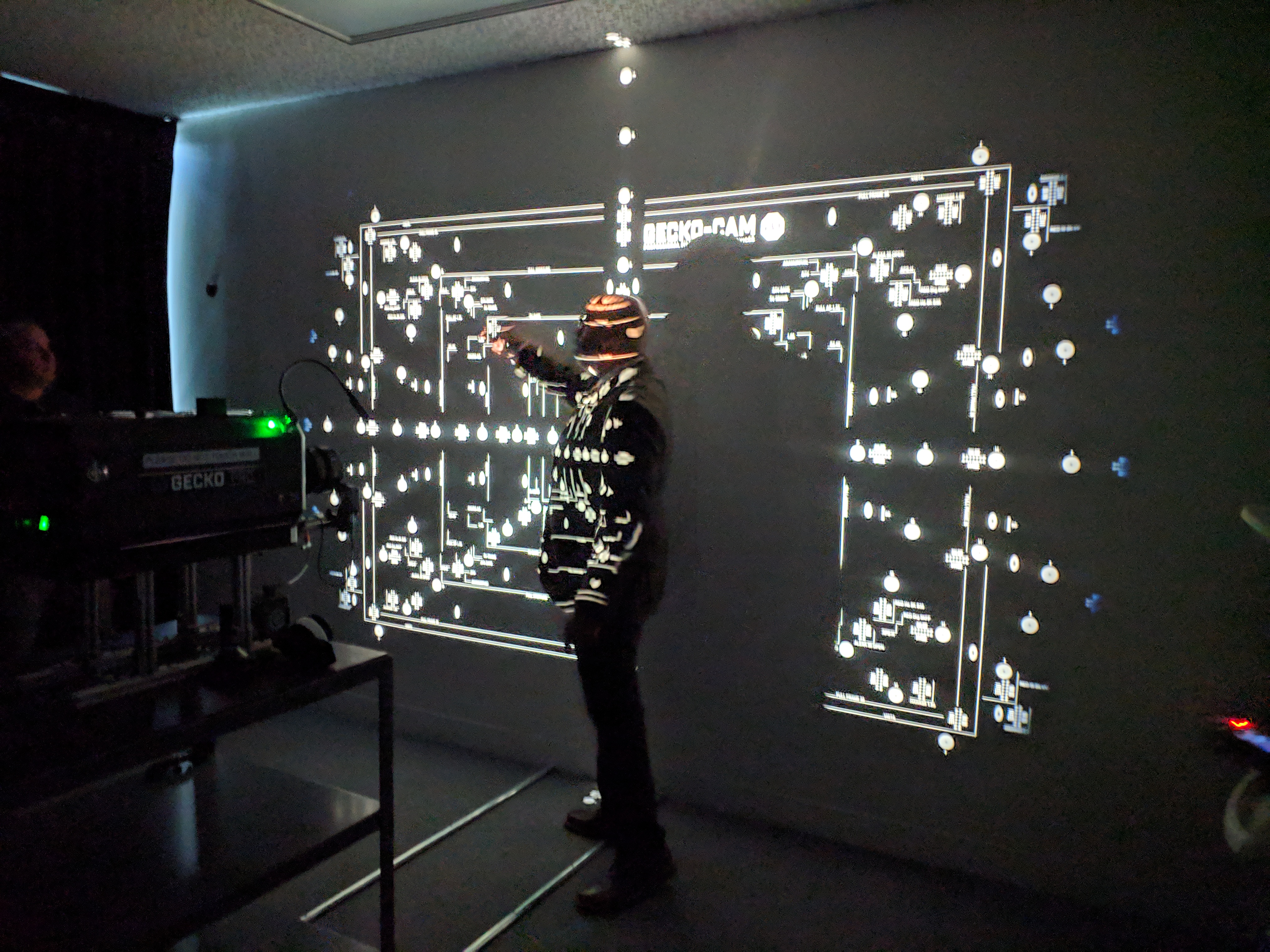 It’ll also give you a lot of important subjective information about your lenses which can be used, for example, in post if you need to replicate some of the characteristics of that lens on to other footage. A more exact method would be to use Zeiss’s in-lens metadata.

The tour of Zeiss’s new educational space was largely taken up by Cinema Sales Manager Snehal Patel demoing many of the features of Zeiss’s lenses, sort of as a demo of the service the space offers itself, which I thought was nice as I learned a lot. For instance, their lenses generate a relatively industry-standard Cooke/i metadata that generates a sidecar file that you can link with Silverstack, showing you all kinds of stuff including the exact distortion and shading characteristics of any given lens at that focal length/focus distance at that given frame of the recording. Again, post houses would much prefer that to a handwritten notepad that says “Take 3, 32mm, rack focus shot” or something like that. Testing these things ahead of time is a necessity. While a rental house can help you on the gear front, this Zeiss location is intended to allow you to take a couple hours and test every facet of your shoot. At least if you’re thinking of shooting Zeiss.

While the space is open to anyone wanting to check out what Zeiss has to offer with an appointment, it’s not generally open to the public. To fill that void, they intend to have educational events, meetups, seminars and the like open to everyone else. As I left the space I heard Snehal say they had 700 people RSVP’d for their first one, which should be cozy. 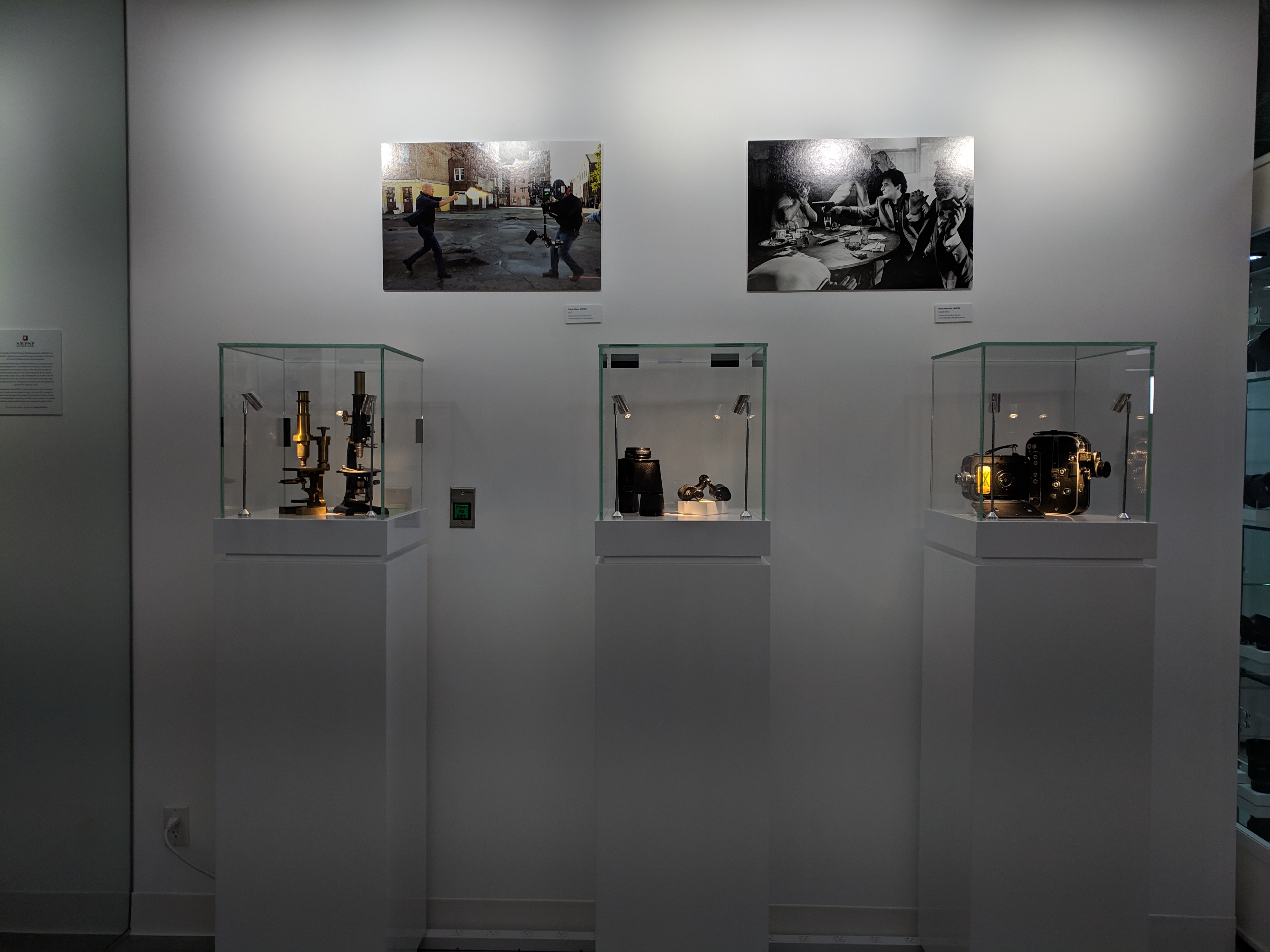 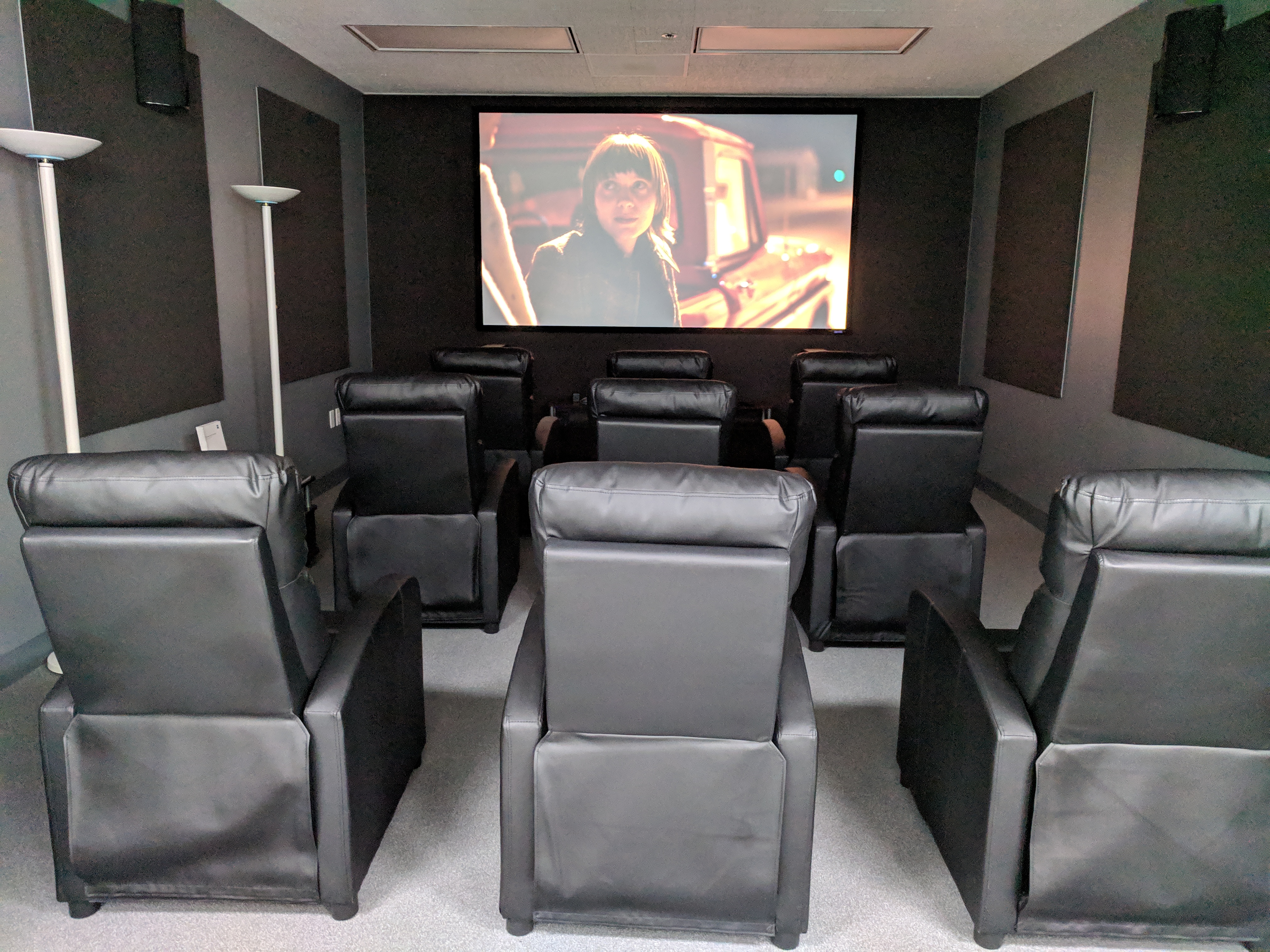 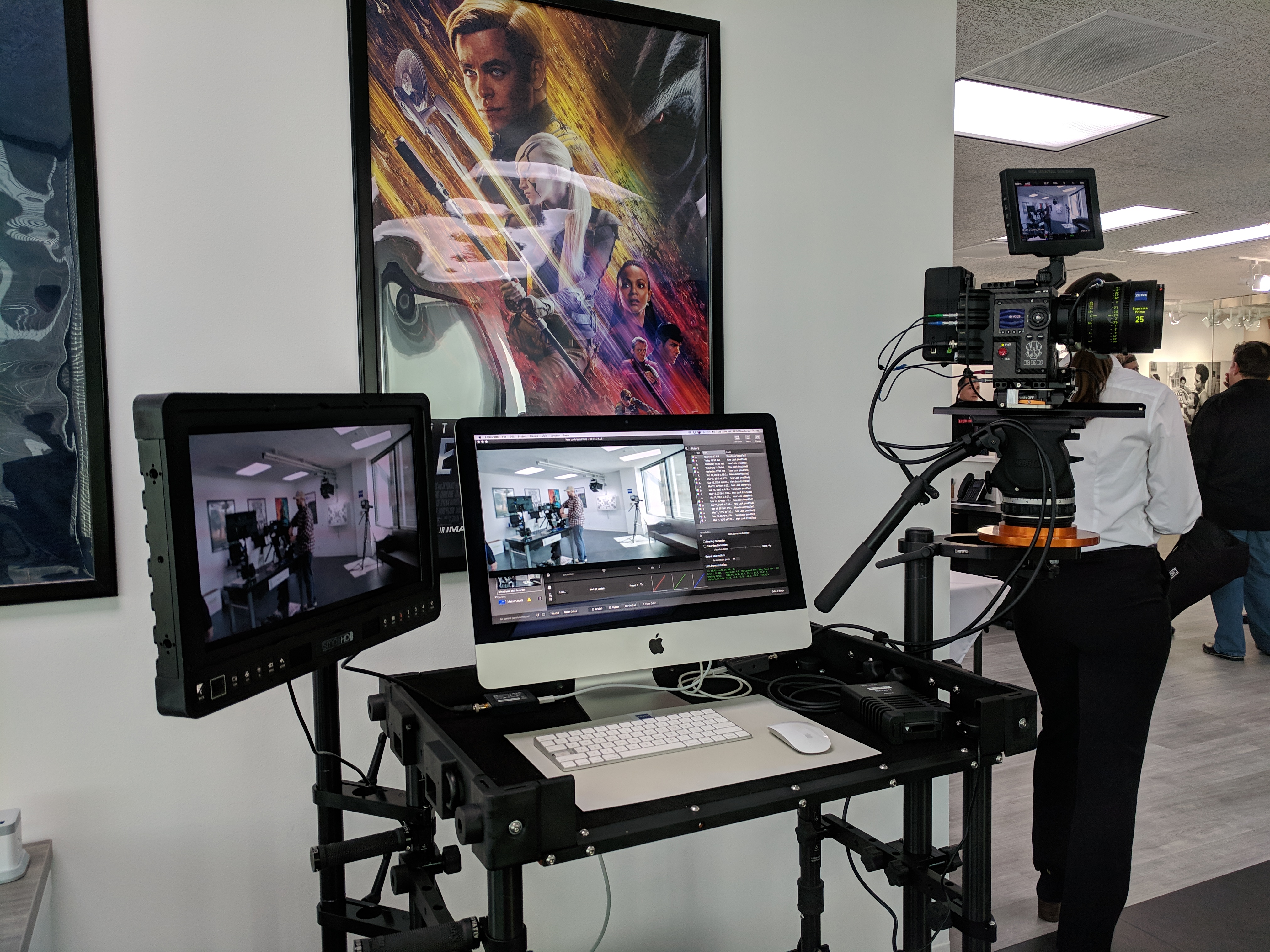