This new space is not just a service and support center 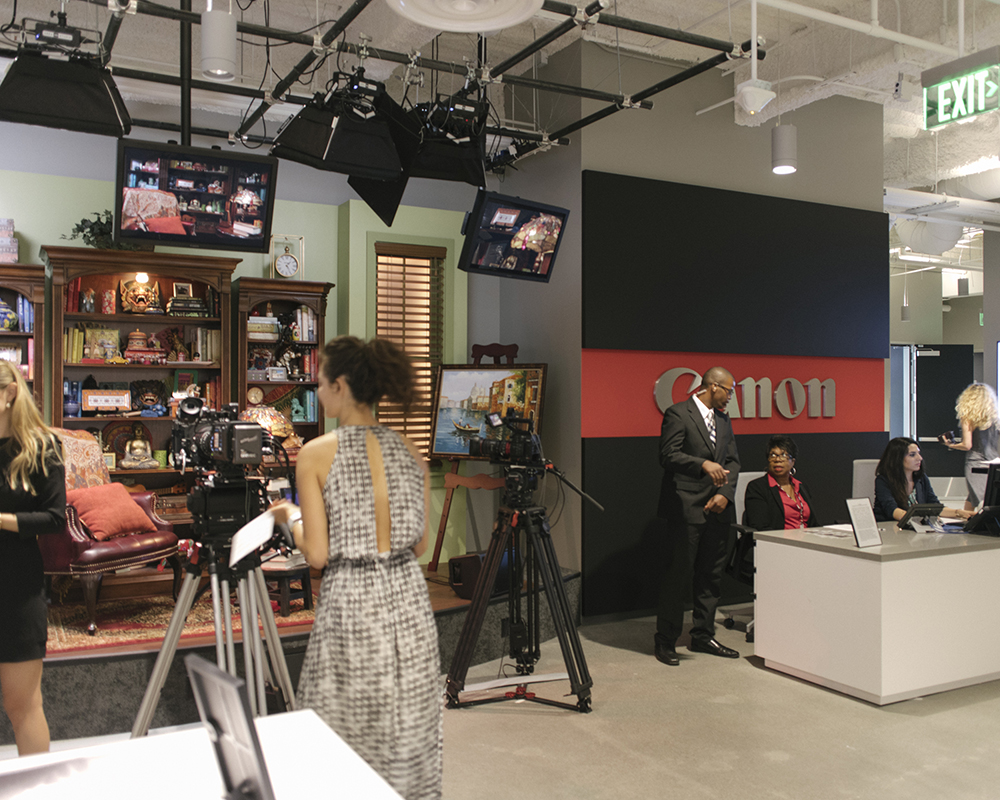 Canon USA has opened a new high-tech service and support center at 3400 Olive Ave. in Burbank, CA. It is open from 9-5, Monday through Friday, to walk-ins and CPS members alike.

“Canon Burbank” comes on the heels of the company closing their smaller, less equipped location on Sunset Blvd, and aims to validate their 2011 commitment to “service and support first”. This new 12,000 sq foot support center is equipped with a Test Lab, Workflow Lab, Screening/DI Room, and Multipurpose Room, as well as a larger service center with twice the technicians. The testing rooms are connected by OM4 fibre optic cables capable of running four uncompressed 4K 60p streams between them, or one 8K stream. The facility is rounded off by a front-of-house area complete with pre-lit test scene and cameras for evaluation, kitchenette/lounge area, and display case with Canon’s top-tier lenses and cameras. The facility is also HDR ready, and is intended to integrate and streamline Canon’s current and future cameras into any production’s workflow, big or small. The impetus for this is obvious to some, but is still worth exploring.

The 5DmkII came out in late 2008 at a time when camcorders like the DVX100 and XL2 were the cream of the digital filmmaking crop. The 5D strolled onto the scene with 1080/30p video, a feature no DSLR (save one) was even close to offering. Before that, those who wanted to shoot video with interchangeable lenses had to add about a foot of cost-prohibitive lens adapters to their camcorder, and would lose about a stop and a half of light for the privilege. Vignettes were fashionable back then. Canon, it would seem, didn’t realize what they were releasing into the wild but due to the positive response and quick adaptation from pro and indie filmmakers alike, they knew they had to prepare for a future in which they may be a real name in cinema production. It seemed like no time at all between “Hey this is interesting” and “​House ​filmed the entire Season 6 finale on the 5DmkII”. Propelled by the 5D’s large-scale adoption, 2011 saw the birth of the Cinema EOS line in the form of Canon’s still-popular C300.

Before this Canon was very much a stills company. Aside from the aforementioned XL series loved by professionals, their camcorder line found most of its adoption by vacationers and school play documentarians. By contrast, the 5DmkII’s video functionality was intended for photojournalists (and wedding photographers according to their press release), their usual customers. It may be important to note that Canon was not first to touch this base: Nikon, a number of months prior, had released their D90 with 720/24p video and a genuinely breathtaking amount of rolling shutter. As history shows us, that didn’t win the same number of fans but did give the D90 the edge in regards to “cinematic frame rate”. At the behest of the filmmaking community, in 2010 Canon patched the 5DmkII to accommodate those who needed 24p (a high-end camcorder-only affair), which put the nail in the coffin of the D90 and crowned Canon king of DSLR video. As they weren’t “trying” to reshape the low-budget landscape as we know it, Canon wasn’t prepared to handle the onslaught of incoming filmmakers buying their stills cameras and demanding new things of the company as a whole. This new service center aims to bridge that gap.

While Elliot Peck (*deep breath*) ​Executive VP of Canon USA’s Imaging Technology and Communications Group and Chairman & CEO of Canon Information Technology Services​, says this new Service and Support center “is not necessarily fancy”, it is undeniably quite slick and shows Canon’s intent to woo the local filmmaking community. While anyone can bring any Canon camera to the center for service or repair, the new digs are looking towards the company’s cinematic future in Hollywood in ways the smaller Sunset location was unequipped to accommodate.

Say you’re going to start on a new project and need to know what the overall workflow is going to be for your team. You want to know exactly what your final image will look like and you’ve got a Canon camera in mind to capture it (they’d love it if you said C700). You need to test it out, maybe against a different camera, so you’ll take those to the Test Lab and rig them up on the two available podiums. One is Canon specific, the other platform agnostic. From there you’ll send them through a full evaluation as needed. Bring the 1st AC, bring the sound guy, bring crafty, make sure everyone who needs to know is happy with the setup. There’s a nice courtyard to the left of the podiums via a large window, which you’re welcome to shoot out of, but most will likely use the blackout shade (which works) and shoot the resolution charts at the end of the room. It’s like a prep bay, but aimed at workflow integration. The podiums are on wheels to accommodate longer lenses, if necessary. You can even remove the air-wall in the back of the room and wheel the cameras into the multipurpose room (also with full blackout shades) for your ultra-telephoto needs. The files from those podiums can be sent anywhere in the facility, in full 4K 60p. From the Test Lab, once all the relevant production people are happy with the functionality of the rig, you might move on to Workflow.

The Workflow Lab contains a Mac and a PC pre-installed with Avid, Premiere, DaVinci, and Final Cut (mac only, obviously) to smooth out any possible post-related kinks you may run into with your rig of choice. You won’t do any editing here, but this is where bright people like Loren Simons can help integrate the camera into your existing workflow and make sure you’re getting the best look out of your camera in that environment. The computers have dual monitors and feed out to a 30” DPV3010 4K reference display, to visualize a DCI P3 release (ie digital projection in a theater). They are also connected to a smaller 24” DPV2420 HDR display (for current and future projects mastering in HDR) and a regular “Consumer Confidence” television above both to see what your project would look like on a traditional display. This can also mirror the computer’s display if needed.

The idea here is to make sure that you’re good to go from Pre to Post before setting off to shoot.

The Projection room is where you can pixel-peep to any degree that your heart desires. It comes complete with a Mistika Ultra DI system in the back of the room, allowing you to visualize your final look as it’ll be seen on the big screen or on HDR displays. This system is running a two-monitor setup complete with an additional 2000 Nit HDR reference display. The room runs a full 7.1 surround sound system and is backed by a brand new Barco projector. An exciting room to play in, if not a bit short to describe. 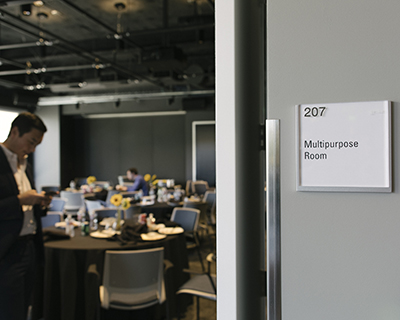 This new space is not just a service and support center. Canon wants the location to be a new hub for companies and groups to hold educational seminars, panels, meetups, and other such events. For this, they have the Multipurpose Room. The room can handle a small meet-n-eat type of event, but is also rigged up to tackle projection and even shooting as a black box-style sound stage. If you’re using it for the latter, you’ve got 100 Amps available to you via the distro boxes, and for seeing the footage (or any footage) the ceiling houses a 4K600STZ Laser Projector connected to the same routing system as the other rooms, allowing you to send in files from anywhere in the building. Integration was the word of the day at the launch event.

The service center itself is almost boring by comparison, and lies behind locked doors. It’s double the size of the old place and houses twice as many techs to speed up turn-around time. This section of the facility houses a Cinema Lens projection room for evaluation and calibration, a 20 meter long lens testing room able to handle up to 600mm lenses (again, twice the size of the old location), a DSLR adjustment bay to recalibrate cameras to factory standards, and a traditional analog wall clock which tells time.

The entire facility is quite impressive and a step forward in Canon’s pursuit to topple the almighty Alexa and Red, but it’s important to note that it is ​not ​a rental or post house, and you won’t be doing any actual “work” here. This space is dedicated to testing, evaluating, and repairing Canon equipment, and streamlining the workflows they find themselves in. I’m confident in guessing that most indie filmmakers, the ones who don’t rent cameras and are often budgetless, won’t find themselves using the bulk of this facility, although they’re more then welcome to do so.

Canon Burbank will allow you to find any technical kinks that may arise in your camera workflow well in advance, and make sure that the image that reaches the screen is exactly as you intended. Here’s what you need to know about this new officeL:

From there, it’s up to you to go out and conquer your shoot, with Canon ready to fix whatever you break at the same place you tested it. Check out a few more picture below to see what the facility has in store. 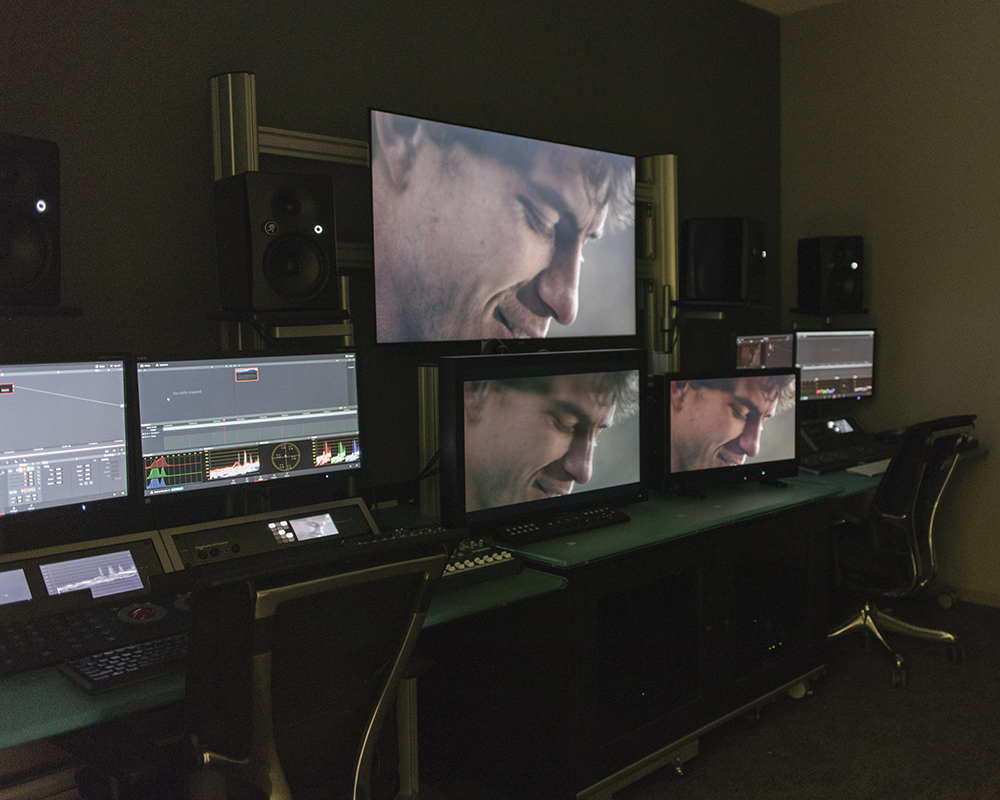 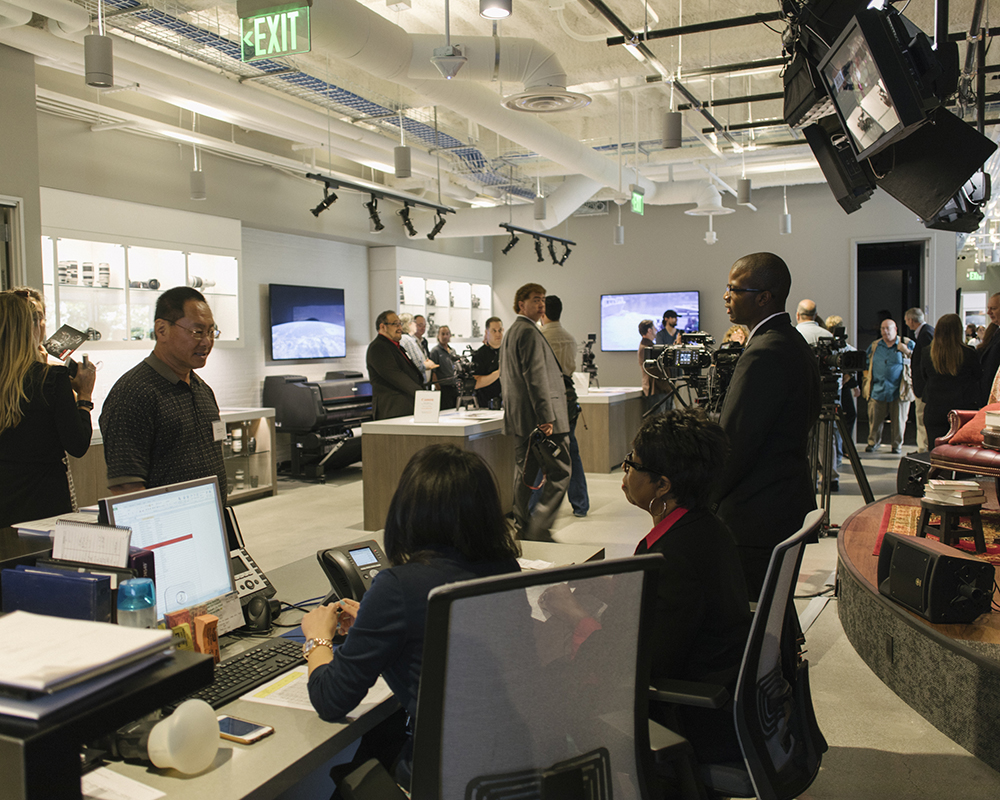 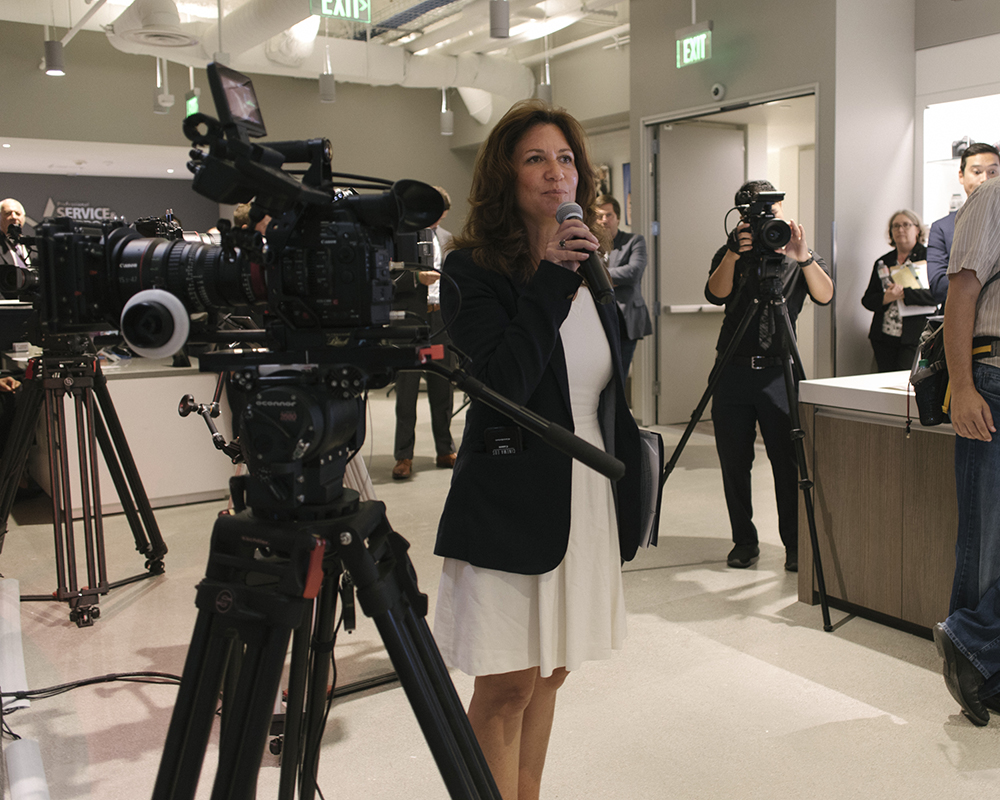 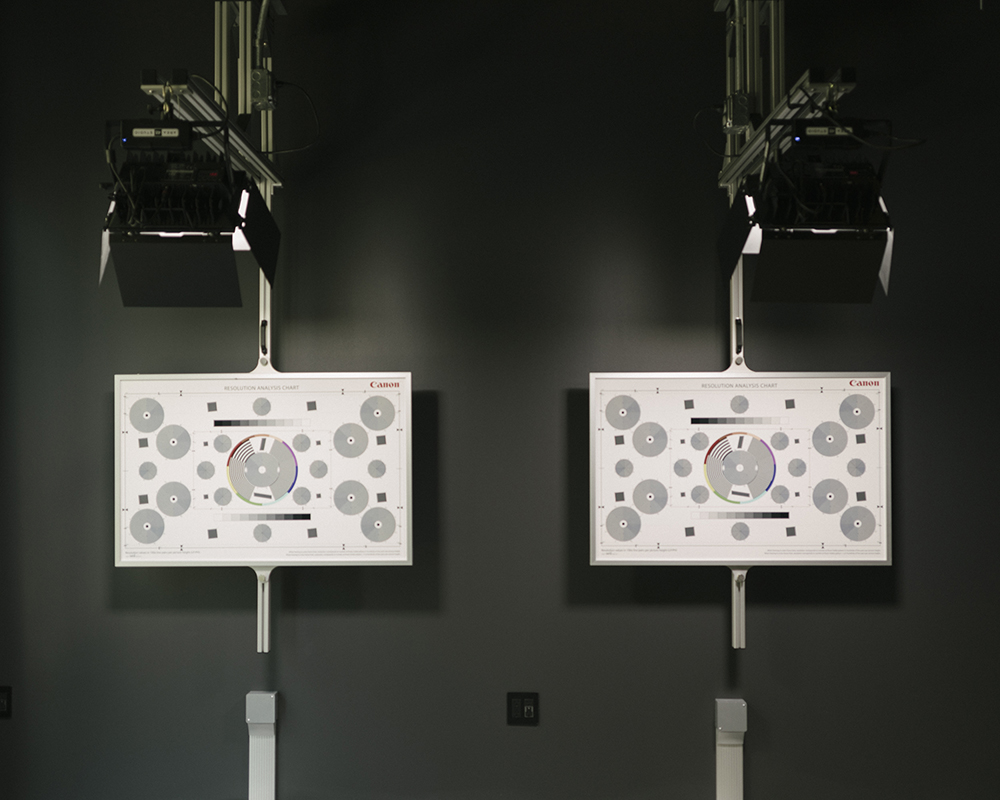 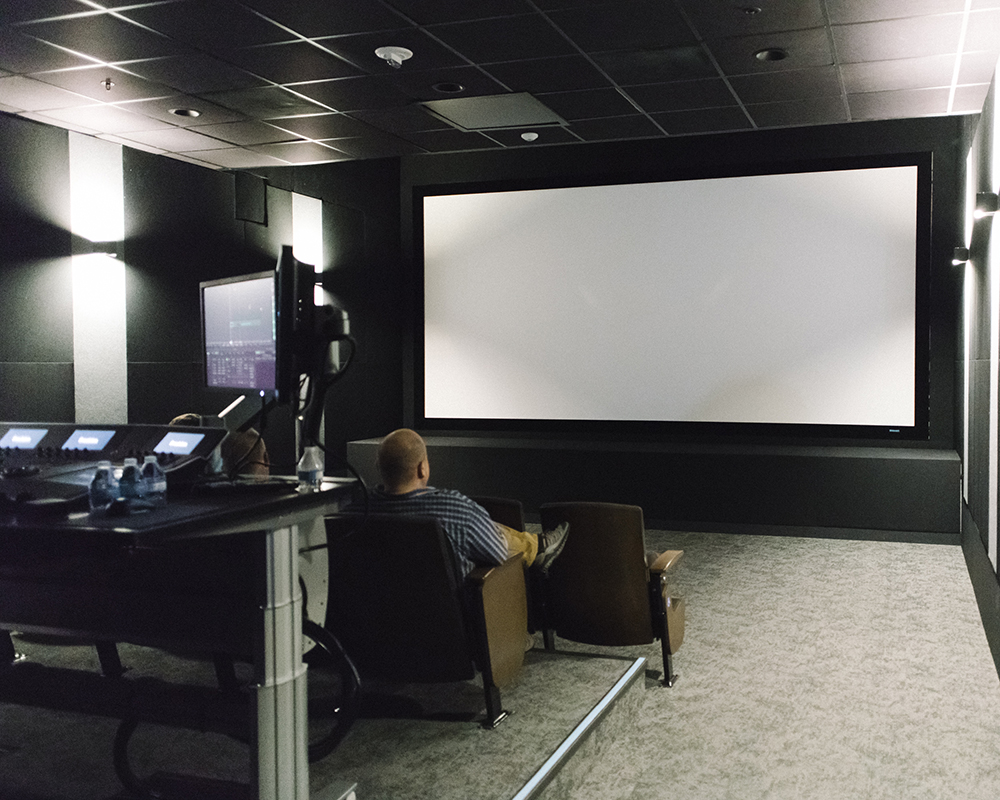 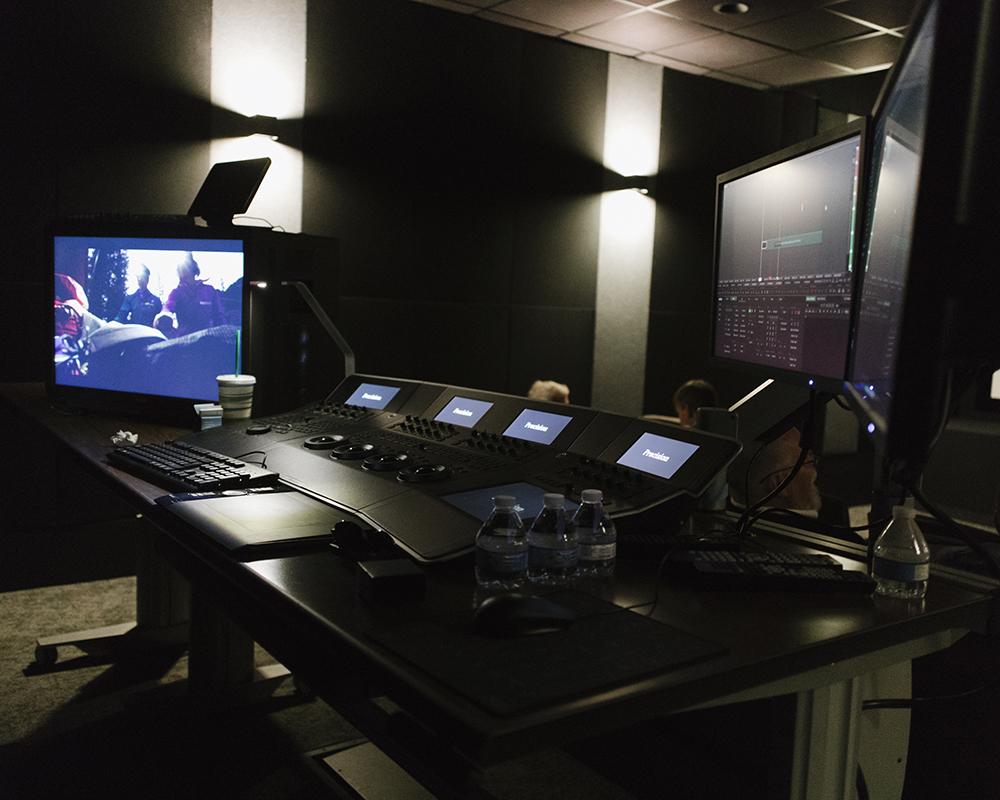 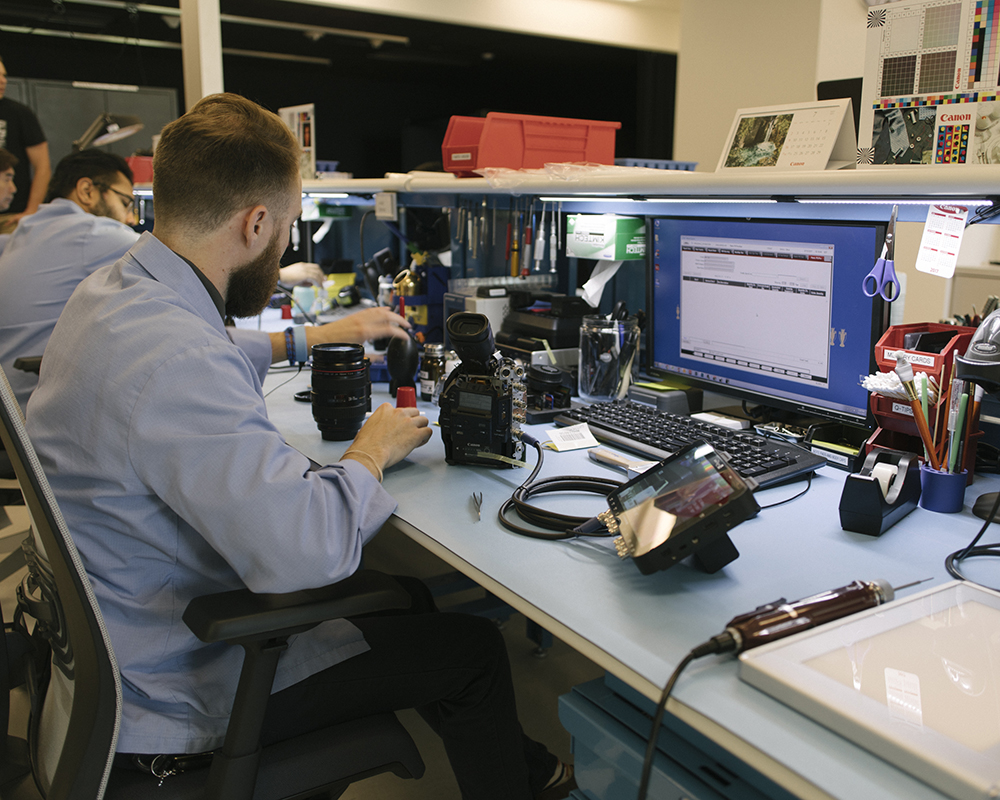 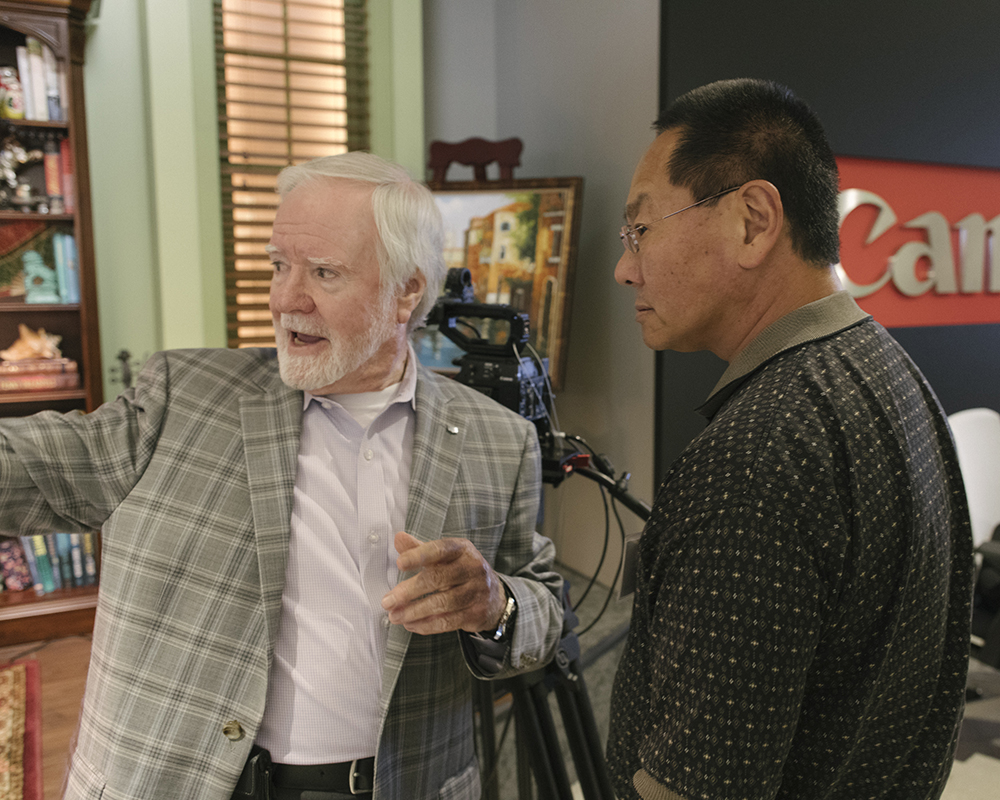 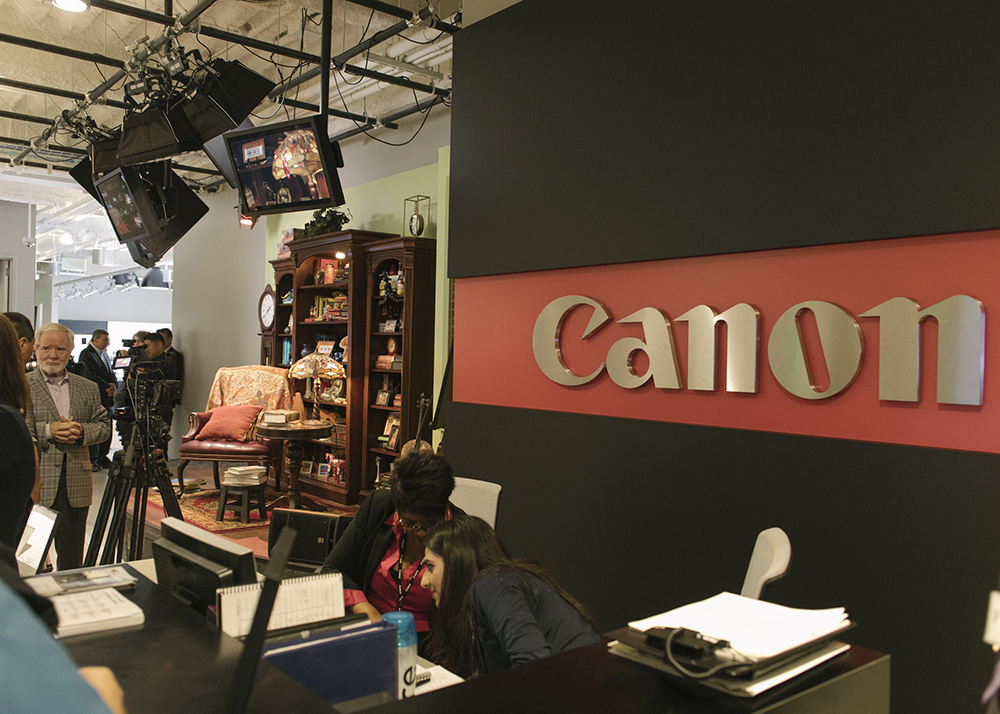