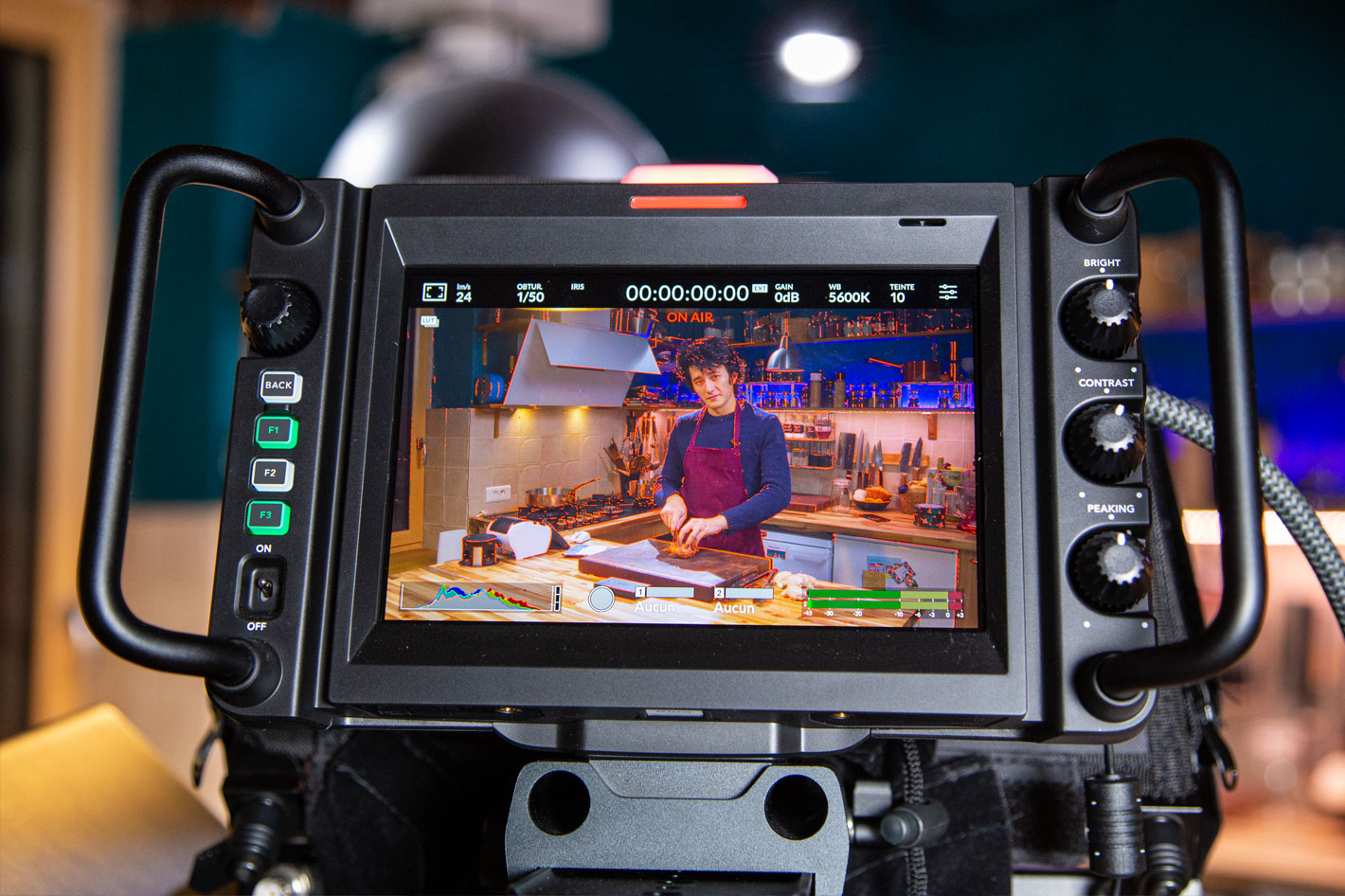 Launched in 2017, Chez Jigmé is a YouTube channel dedicated to cooking. The “recipe” for this multicamera production includes a mixed package of camera hardware from Blackmagic Design.

A YouTube channel dedicated to cooking, Chez Jigmé has more than 65 million views, what makes it one of the most popular online culinary channels. Chez Jigmé’s early success on YouTube came in the form of topical humor. “While I saw success, I wasn’t necessarily building a loyal fanbase. Cooking is where I saw real potential,” begins Jigmé. “It is far more appealing in production terms and gives the feeling of creating something more meaningful, of bringing something useful to my viewers.”

The channel created by popular French content creator Jigmé in 2017 is using the ATEM Mini Extreme ISO to produce live and prerecorded content for his channels. It’s now a multicamera production that relies on a mixed package of camera hardware, including the Blackmagic Studio Camera 4K Plus and Pocket Cinema Camera 4K. Blackmagic Design just released a text explaining how everything works, so keep reading.

With more and more people enjoying live streamed content, Twitch was a natural next step, as was the decision to build the channel’s web broadcasting workflow around the ATEM Mini Extreme ISO. 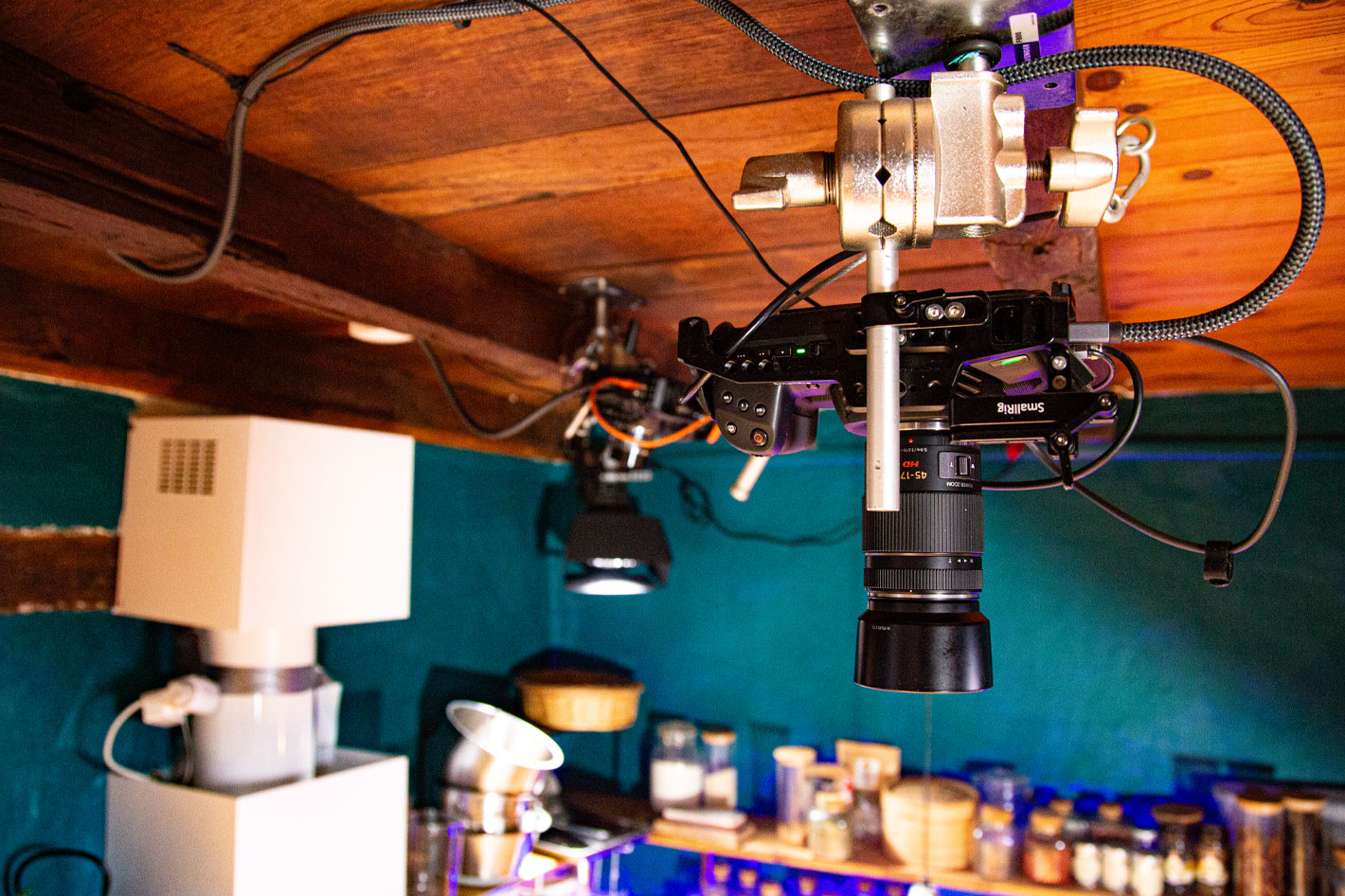 “When it came to cameras, my mind was quickly made up, settling on the Pocket Cinema Camera series. I love the image quality. It lends a cinematic quality to my videos. They’re also compact, helping me maximize how I use the space. For example, I have several rigged in the ceiling, providing top down shots of the kitchen counter and cooker.”

While the Blackmagic Pocket Cinema Camera 6K Pro uses a cine zoom, the Pocket Cinema Camera 4K and Studio Camera 4K Plus rely on Micro Four Thirds lenses. “The latter are relatively inexpensive but still allow me to control the zoom electronically whether it’s on the kitchen counter or while cooking food”, adds Jigmé.

Each camera also includes a capacitor microphone with interchangeable capsules to capture ambient sounds from the kitchen, which adds to the atmosphere, according to Jigmé. “Ensuring my content can benefit from those ambient sounds contributes to the audience immersion and ensures a wow effect when someone arrives on the channel.”

The camera sources feed into the ATEM Mini Extreme ISO via HDMI, where the entire audio stream is mixed in the ATEM Software Control using a preset created by Jigmé. 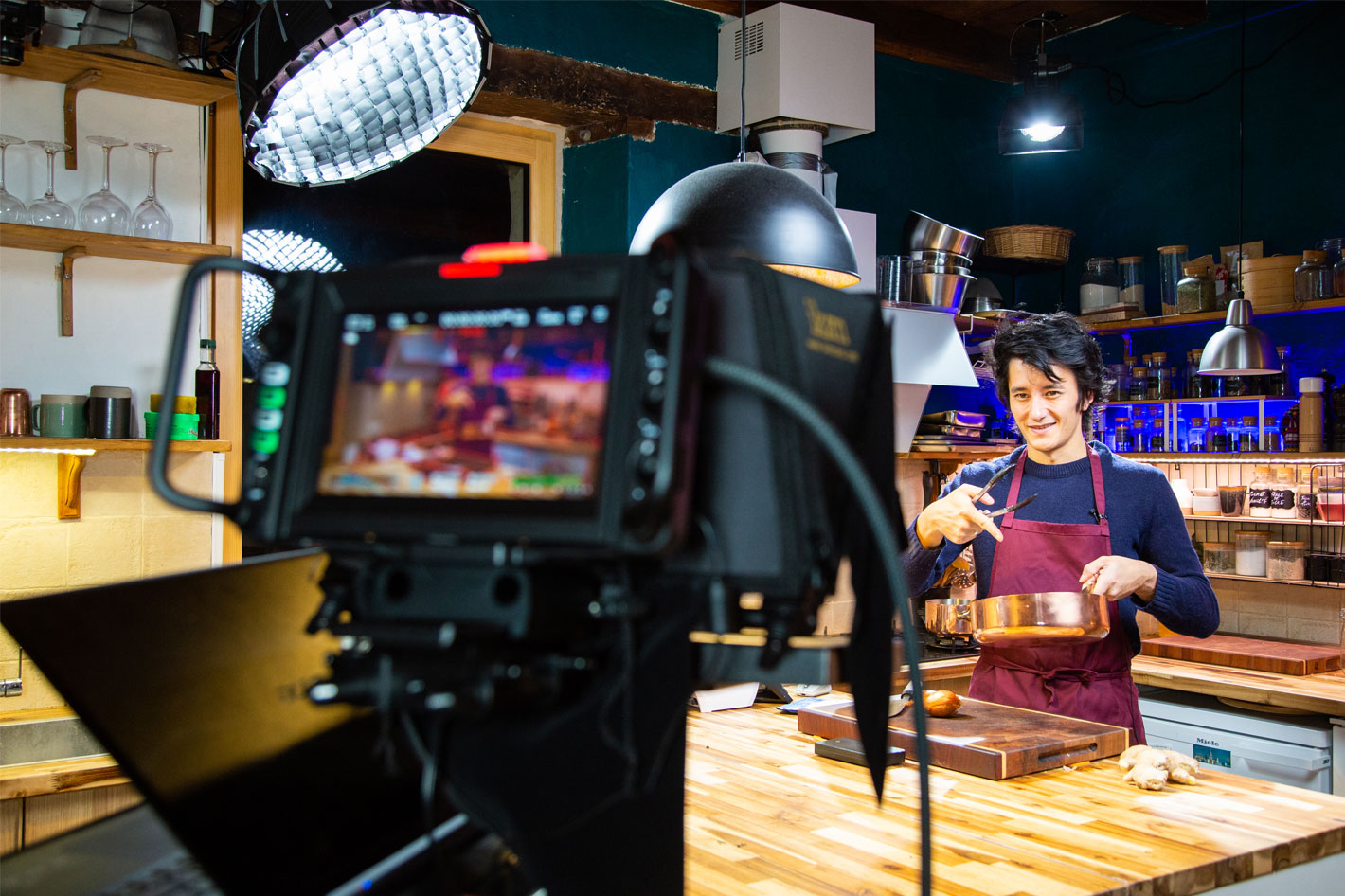 Always looking for ways to improve the audiences’ experience, the channel recently added the Blackmagic Studio Camera 4K Plus to its setup. That is rigged as a teleprompter, allowing Jigmé to see fan messages sent using Twitch’s chat function quickly and more easily.

“I can now respond to comments and questions directly into the camera lens, giving my audience a more personalized experience. It’s details like this which hopefully make viewers want to stay on the stream and discover new recipes.”

Adding: “On top of that, I was amazed by the quality and size of the screen. However, the killer feature for me is the ability to adjust brightness, contrast and peaking using the dials.”