Xiaomi has a new trio of smartphones, the Xiaomi 12 Pro, Xiaomi 12, and Xiaomi 12X, from which we pick the Pro version, the one that really matters if you want a versatile camera with a phone included. 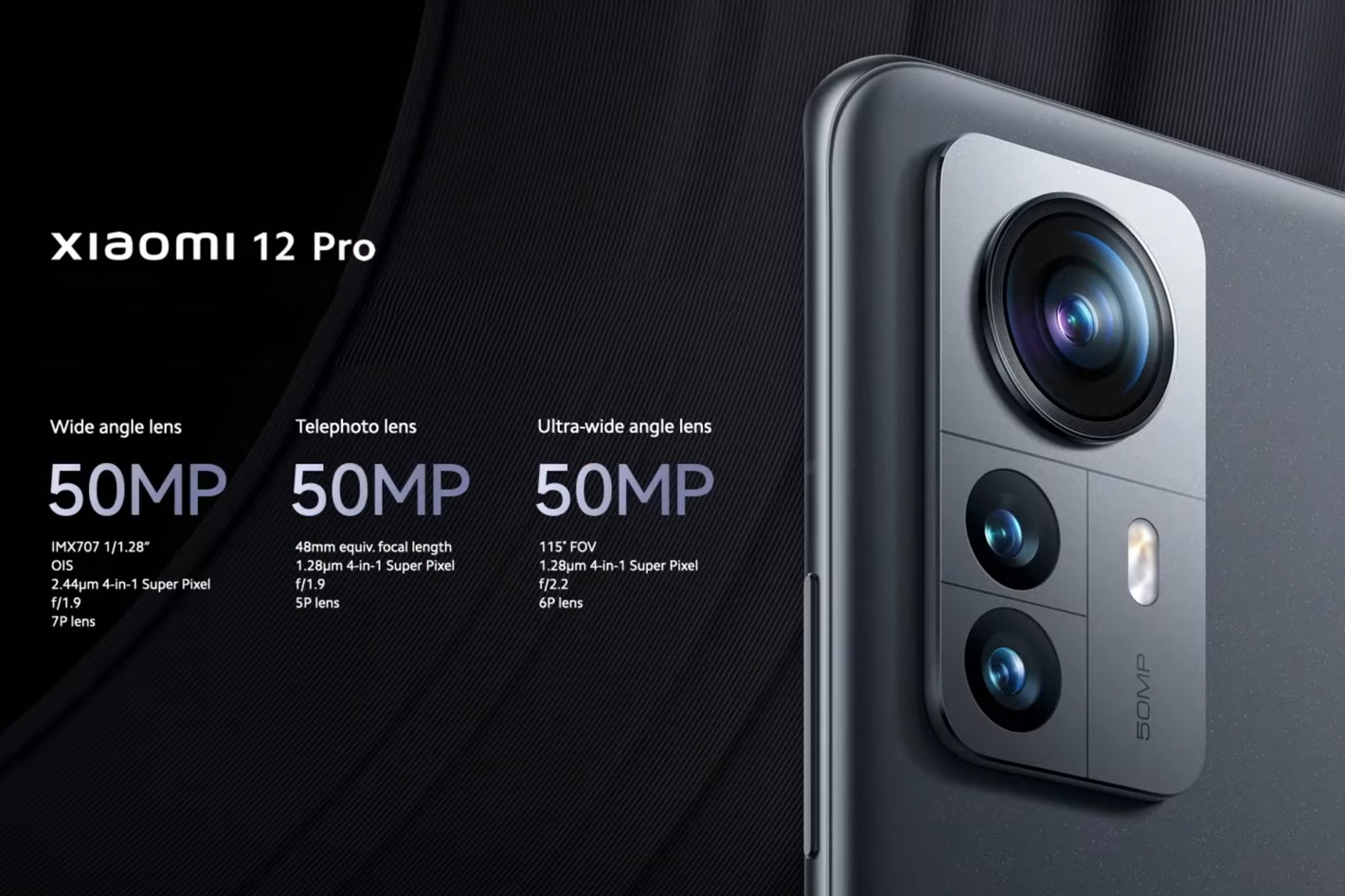 With its triple 50MP master camera array with enhanced cinematography technology, the Xiaomi 12 Pro smartphone sets a possible standard for the industry but is let down by a small 2x telephoto.

Not fearing to draw comparisons with the devices from iPhone and Samsung, Xiaomi is following the same path as other smartphone brands in trying to show their devices can not only compete but go beyond the flagships from other companies. The presentation of the new family revealed enough comparison tables to keep you busy checking specifications of the different models. Here, though, we look at the Xiaomi 12 family and what it represents for the brand but also for the industry.

Right of the bat the new family is announced as enabling users to record studio-quality shots no matter the scenario, be it challenging lighting conditions or moving objects. All three phones boast a pro-grade triple camera array for versatile shooting, starring a massive 50MP main wide angle camera, with 8K recording capabilities on both Xiaomi 12 Pro and Xiaomi 12.

While it’s true that the main wide-angle camera is built around a 50MP sensor, there are clear differences between models that make the Xiaomi 12 Pro the only one that interests ProVideo Coalition readers looking for a smartphone that also doubles as camera. Or, one could say it the other way round: a camera that also works as a smartphone. 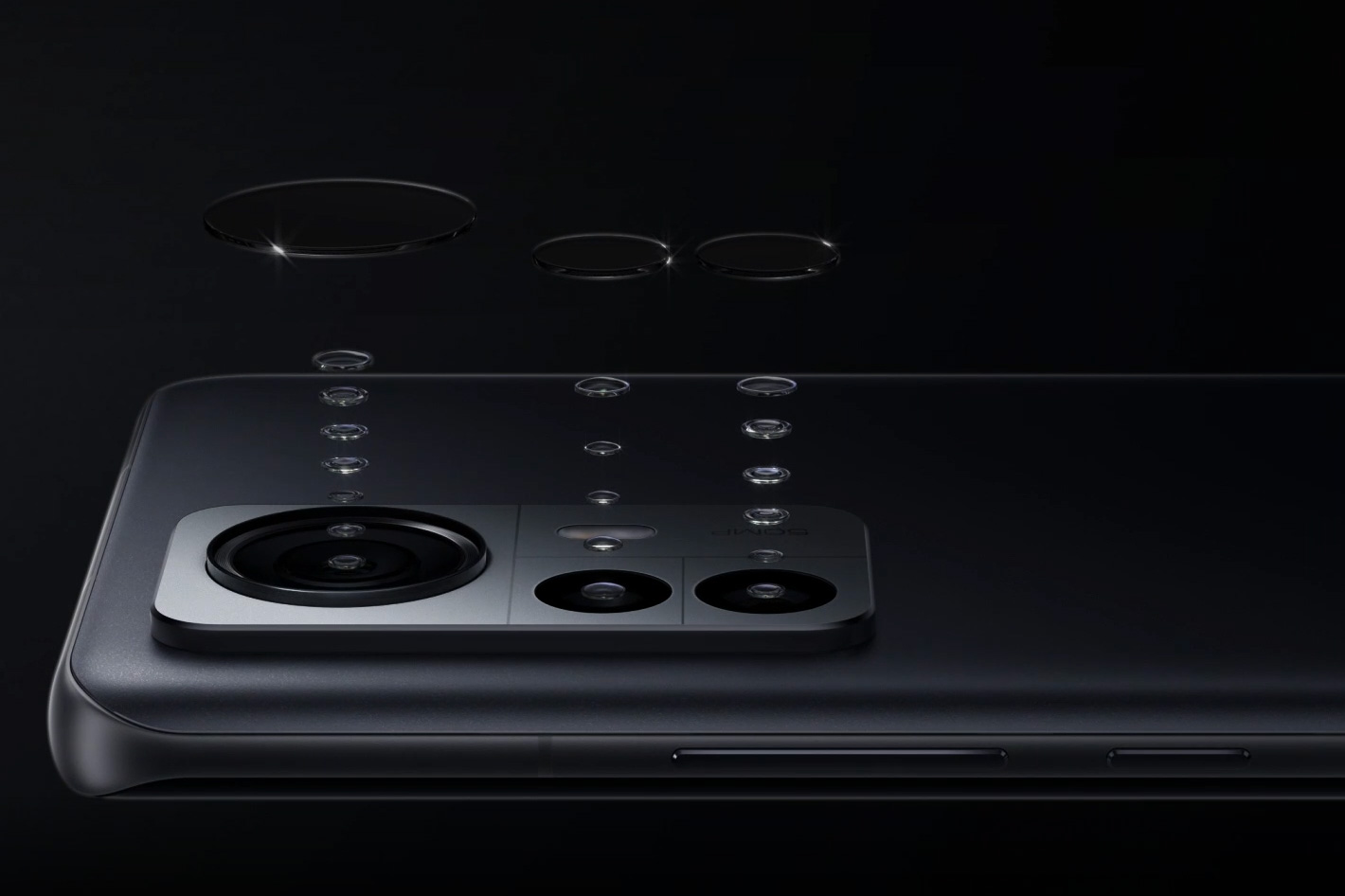 Xiaomi 12 Pro has only a 2x telephoto

In that sense, the Xiaomi 12 Pro is the only device that matters, because it’s the only one that offers a triple 50MP master camera array which is not only interesting but also defines a path that may set a standard for the industry: having all cameras offering the same resolution, 50MP in this case, so you don’t have to think about resolution when moving from the ultrawide to the telephoto camera. It’s the closer to having a conventional camera that you can get on a smartphone. 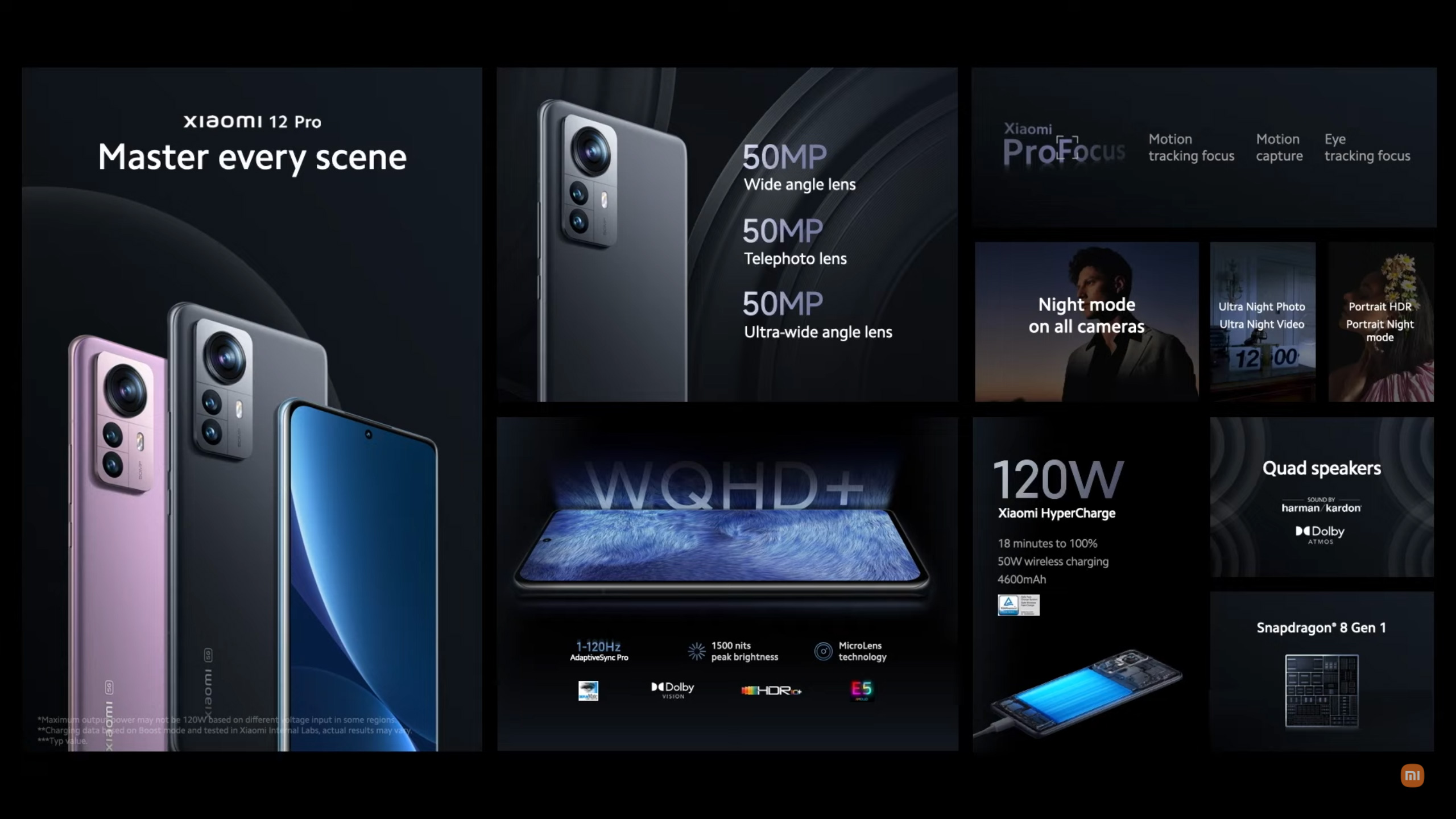 The camera array in the Xiaomi 12 Pro is built around a cutting-edge Sony IMX707 ultra-large main sensor, with 50MP 1/1.28″ 2.44μm, with 4-in-1 Super Pixel binning for 12.5MP final images, paired with a 24mm wide-angle. The 7-element lens has a ƒ/1.9 aperture and features OIS or Optical Image Stabilization. The ultra-wide angle camera, also 50MP, is a 16mm f/2.2 which offers a 115 degrees field of view and has free focus, meaning it doesn’t have AF, while the last 50MP sensor is paired with a 48mm telephoto lens (equivalent to 35mm) opening at f/1.9, which is a humble 2x solution, not even stabilized.

The two cameras besides the wide-angle are based on the Samsung JN1 sensor and are clearly not in the same league as the Sony IMX707, but Xiaomi’s decision to create a triple array around 50MP sensors may be something to keep, even if it would be good to see a telephoto with more power – 5x is a suggestion, which would mean a 120mm telephoto. 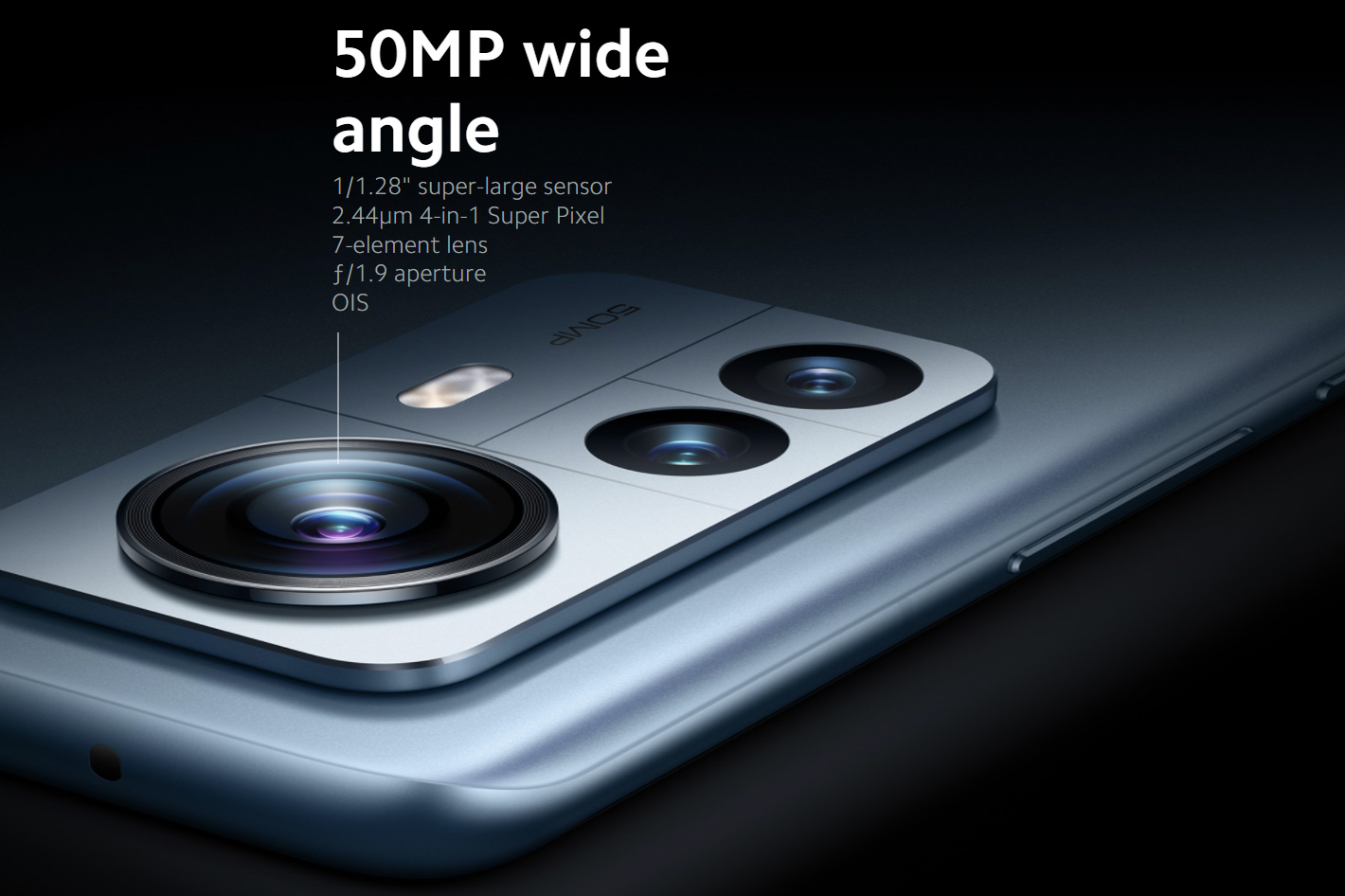 The ideal camera array for a smartphone

Furthermore, as the ultra-wide camera has fixed focus, meaning it is not usable for close up photos, it would be nice to have a 50MP macro shooter, maybe with the same features as the telemacro in the Xiaomi Redmi Note 10 Pro, which is great… except for its 5MP sensor limitation. Maybe for Xiaomi 13 Pro the company can build my dream smartphone: four 50MP cameras: wide, ultra-wide, macro and a 200mm telephoto. That paired with the support of computational photography would make for an interesting flagship…

While the cameras in the new Xiaomi 12 Pro may not be enough for what some need, the company does believe the smartphone enables anyone to enjoy a top-class cinematography experience, with night mode, HDR, and 4K 60 fps video recording supported across the system, which is not always the experience with smartphones from other brands.

Smartphones are both hardware and software, and Xiaomi’s proprietary AI algorithms in the Xiaomi 12 Pro make it easier than ever for users to record every moment the way they want to, even in low-light or moving subjects. Xiaomi ProFocus intelligently identifies and tracks objects, preventing blurring or out-of-focus shots of moving or veiled subjects. These advancements also include eye and face auto focus capabilities. Ultra Night Video uses Xiaomi’s proprietary algorithms to record video even under extreme low-light, meaning moody, atmospheric shots are clearer than ever. 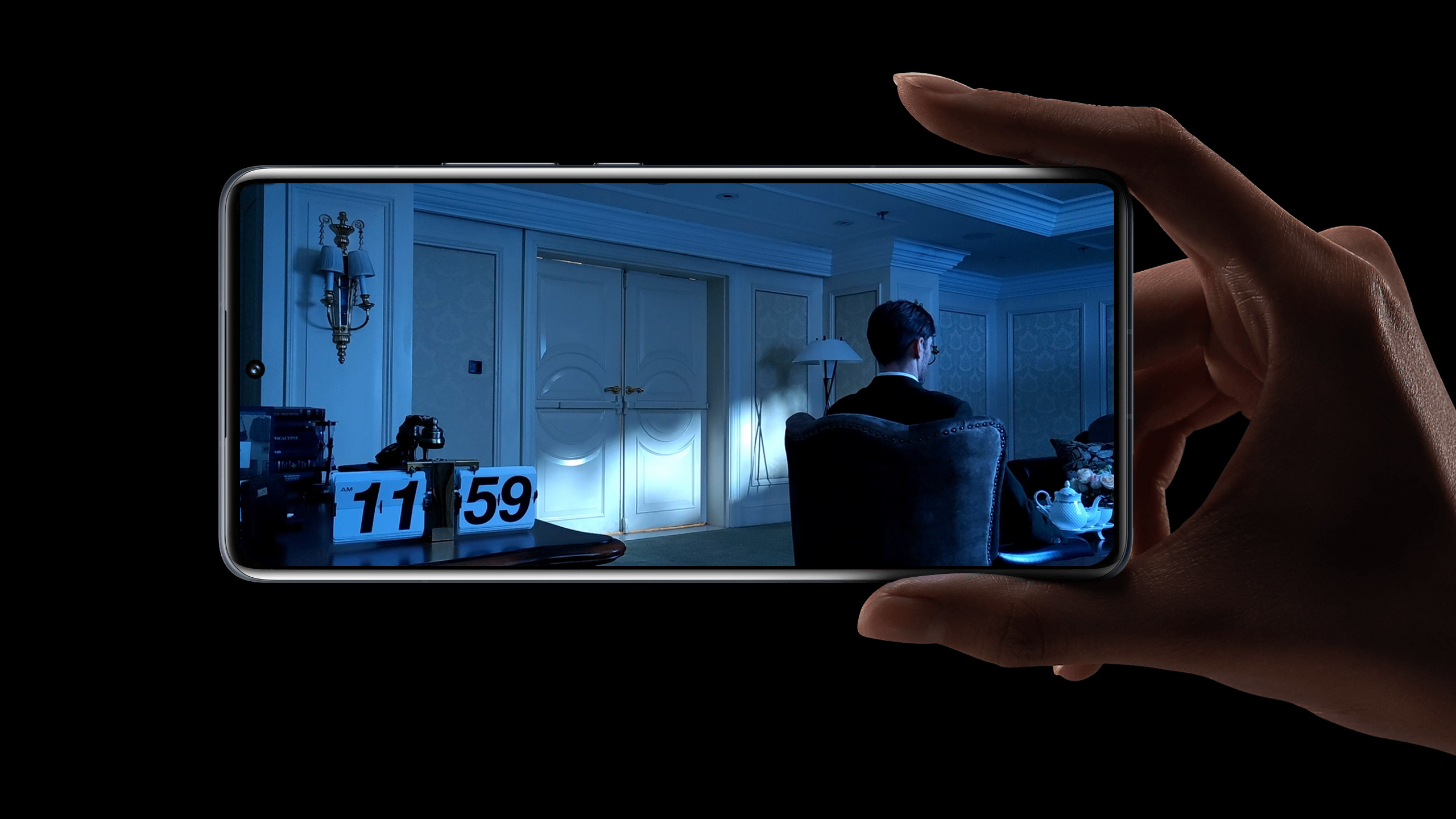 Even if you’re not an expert videographer, One-click AI Cinema offers numerous creative options for show-stopping video editing, such as Parallel World, Freeze Frame Video, and Magic Zoom modes.  But if you want to take control of the whole process, the Xiaomi 12 Pro allows you to do so, allowing for video to be captured at up to 8K 7680×4320 at 24fps, with features as Video pro mode, Video log format, paired with Xiaomi ProFocus (Motion tracking focus) and Ultra Night Video.

Because no cinematic experience is truly complete without pro-grade audio, the Xiaomi 12 Pro features SOUND BY Harmon Kardon, and creates an immersive audio experience powered by Dolby Atmos, delivering spatial sound with rich detail, clarity, and realism across all your favorite entertainment. Xiaomi 12 Pro’s quad speakers – in the form of two tweeters and two woofers – deliver clear details and cover an astounding range of sound.

For those who worry about the time some smartphones need to fully charge, the Xiaomi 12 Pro features incredibly fast 120W Xiaomi HyperCharge. The company says that “a 4,600mAh battery is fully charged in just 18 minutes using Boost mode, Xiaomi 12 Pro delivers next-generation charging capabilities that keep up with user demands.”

Available in two configurations – 8GB + 256GB, 12GB + 256GB – with prices starting at $999, the Xiaomi 12 Pro appears to be an interesting solution, if you can live with its limited 2x telephoto and fixed-focus wide-angle. 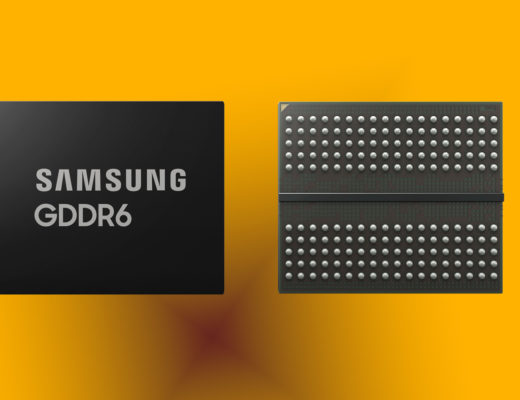