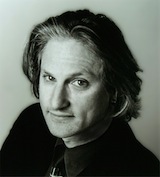 I recently called Jeffrey Okun, a well-respected visual effects supervisor and Chairman of the Board of Directors for the Visual Effects Society (VES) to tap his brains about the state of the visual effects industry and all the wonderful technology that is fundamentally changing it at a startling pace. Jeffrey, of course, has been around since the early 1980’s and has supervised effects on many big films, including Ed Zwick’s work on “The Last Samurai” and “Blood Diamond,” among others. He’s currently in Vancouver, supervising on Catherine Hardwick’s upcoming “Little Red Riding Hood.”

Jeffrey, of course, has a deep passion for promoting the art and artists of the visual effects’ industry, and like many folks, he’s concerned about their welfare and future in a radically evolving industry on a financially unstable landscape. Rather than spending much time on technology, Jeffrey wanted to discuss what, exactly, it means to be a visual effects artist in the digital era in an increasingly globalized business. The people he calls “unsung heroes” and, sometimes, “migrant film workers” are getting caught up in, according to Jeffrey, “the opposite of the democratization of the artist. We are becoming less valued and getting less rights.”

This provocative point of view, of course, led to a lengthy discussion about the business of visual effects and where, and how, the people in an often, by Jeffrey’s description, “indefinable” art form fit in as the paradigms continually shift. Indeed, Jeffrey postulates that a key problem impacting labor rights, compensation, benefits, working hours, and credit for visual effects’ professionals is the fact that it is hard to define with a targeted brush what, exactly, it means to be in their profession to begin with. “We at the VES have been working 12 years to define visual effects,” he chuckled.

The entire conversation was largely about Jeffrey’s desire to see such debates proliferate around the industry as a first, crucial step in helping the visual effects’ industry and its advocates in the VES and elsewhere figure out the proper direction, role, and rights of visual effects’ artists. It was quite thought-provoking, and I hope you enjoy it.