with an option for Mac users trying to access a PC drive.

As we’re all going to be working remotely more (at least for the foreseeable future) one problem that may or may not be an issue for you is drive compatibility. Normally I’m editing stuff I film so it’s not generally a problem, but every once in a while (and more often recently) I’m editing something for someone else and get handed a Mac-formatted hard drive to work with. I’m sure someone somewhere has googled “How to access Windows drive on Mac” but I can’t imagine it’s happened often.

In any case, if you’re on a PC like me and get one of those Mac-formatted drives, you may not know what to do. You definitely don’t want to tell the client “Oh sorry, can’t help ya there” as you’re supposed to be the fixer, not another problem, and you don’t want to make them go through unnecessary hoops to make things “easier” on you. Since I just went through this, I thought it’d be worth compiling.

There’s a few ways to go about this:

This may not be possible, but depending on the client and how involved you are in the project you may simply be able to get them to format the drive to exFAT before they give you the footage. This is also what I would do if I was handing off footage I’ve shot to someone else, just in case. All you have to do is format the drive (just Right Click > Format) and select “exFAT” from the drop-down.

exFAT is read/write capable on Macs and PCs, so there’s no issues to speak of there. It’s the easiest solution for everyone and, if you’re not sure where your drive is going to go, make it exFAT and call it a day. I will say that exFAT is usually not the first choice as there can be a higher level of potential corruptions, so make sure you have your backups in order!

This is the free option. It’s a little program that looks like it was imported from Windows 95 but it does the job. Essentially, it lets you mount the drive and extract whatever files you may need. You can’t write to the disk, but in some cases that may not matter. If you were already planning on putting the footage on your own work drives, for instance, you don’t need write access. 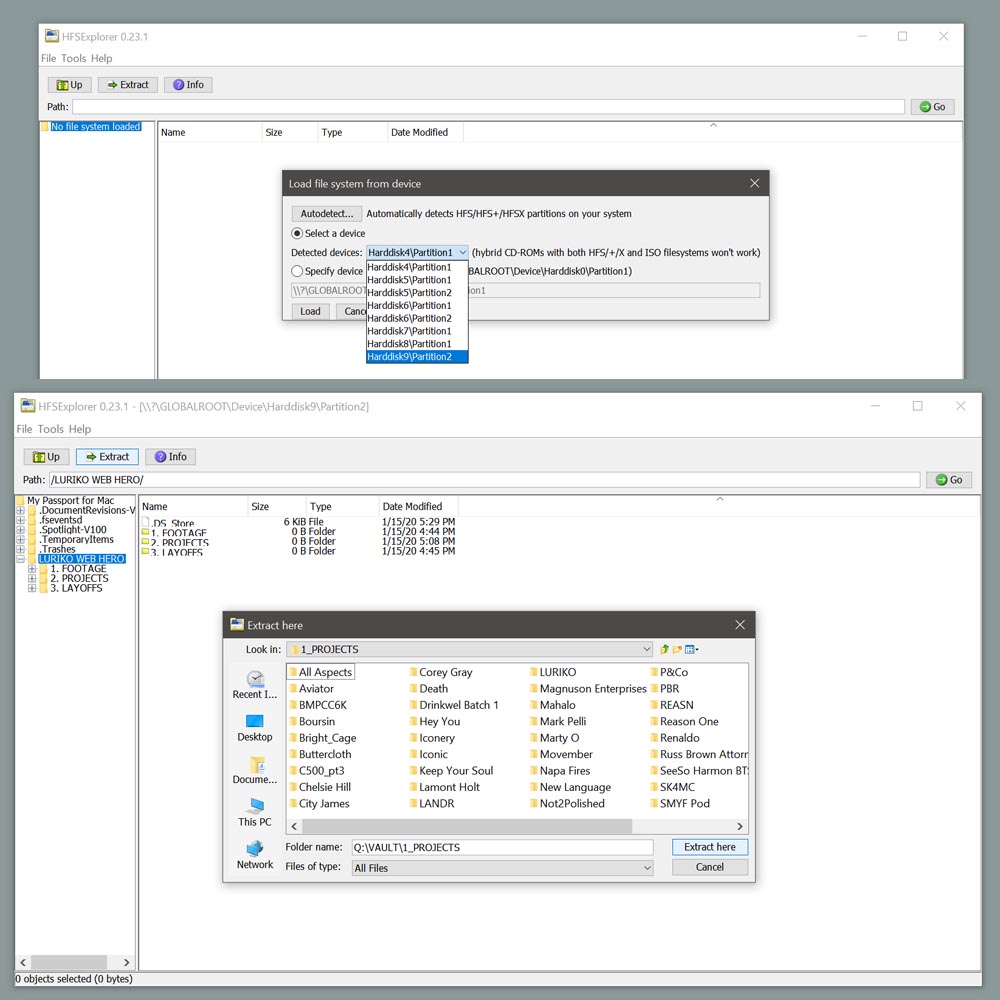 Downsides here are the aforementioned lack of write access and the fact that Windows still won’t show the drive in Explorer, only in the program. Plus side is you can’t screw up the client’s drive so you’d just return that as-is. It also seems to have been abandoned in 2015, so while it works there’s no longer support or updates. Sometimes that happens.

This thing costs $20 but I’d argue that it’s well worth it. Essentially, it’s a plugin for Windows that lets you mount an HFS+ drive to your PC (or like any other drive. You can read it, you can write to it, other programs can see it (like Premiere and Resolve), it’s seamless. You don’t even need to “run” the program. 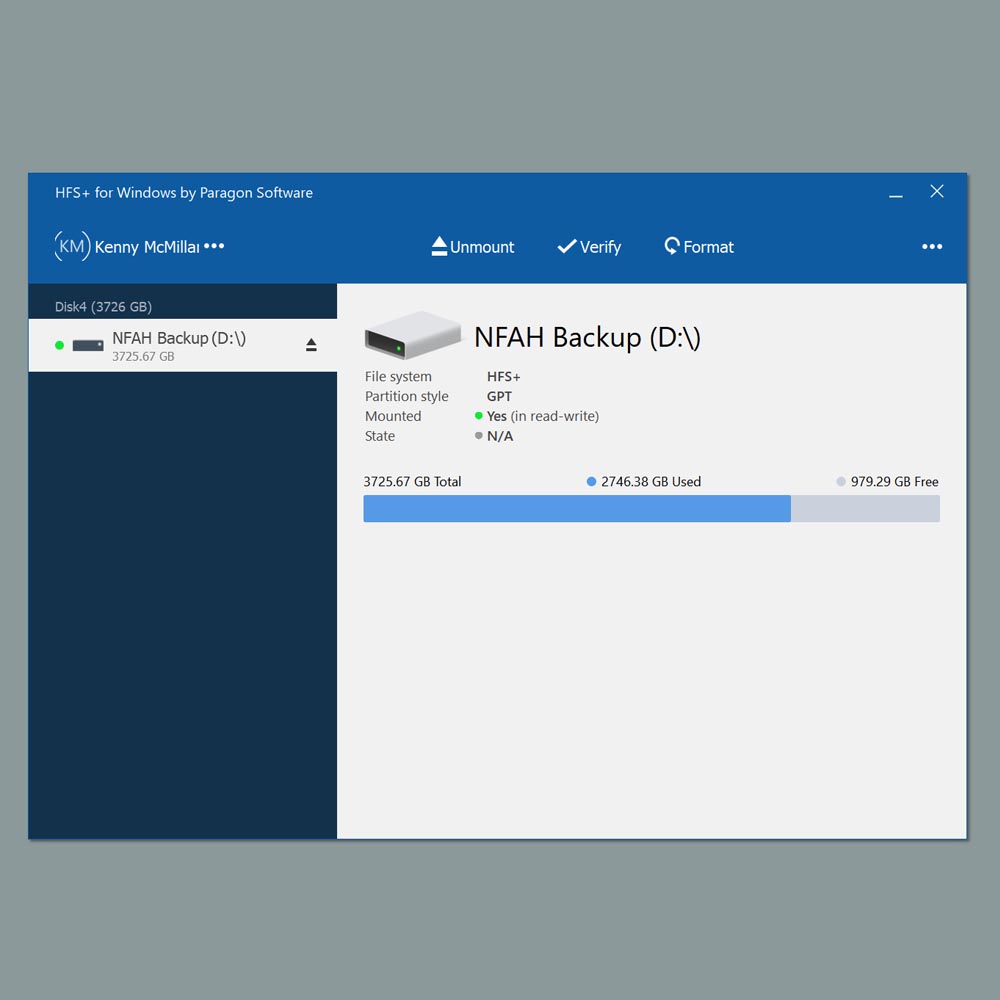 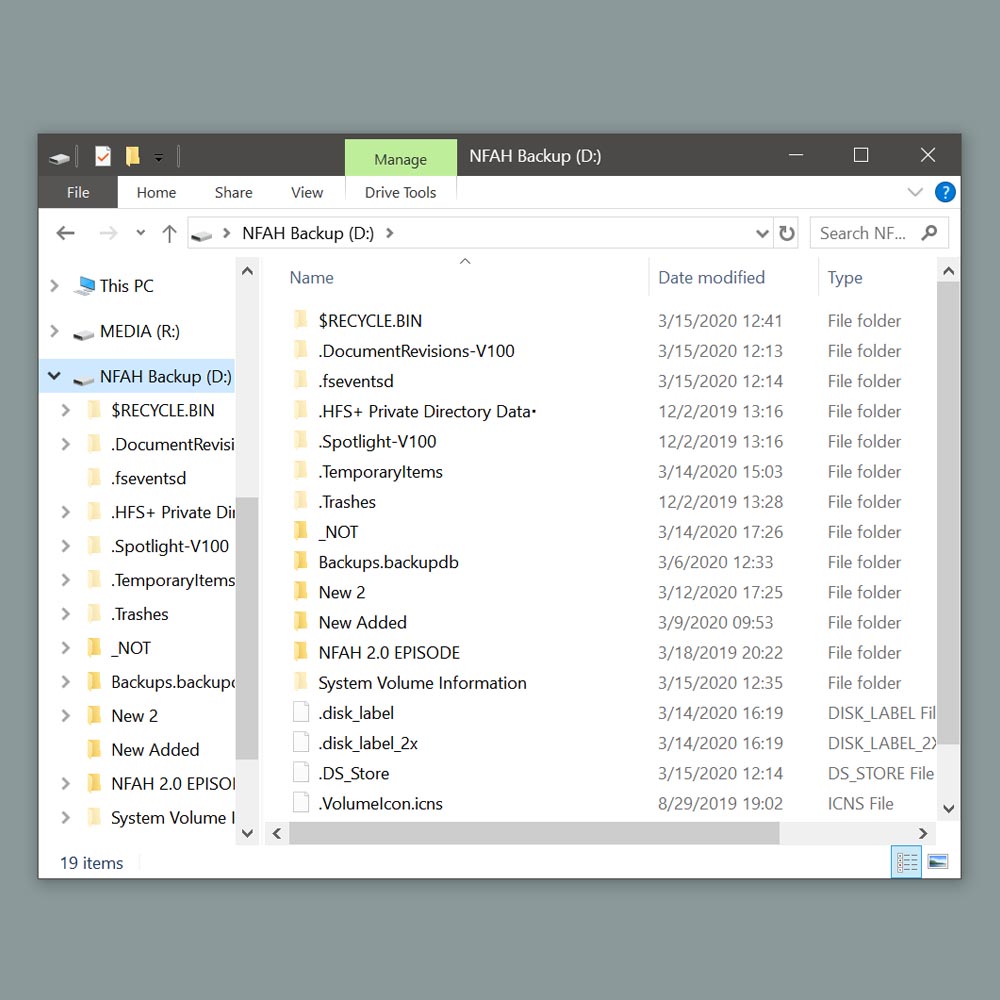 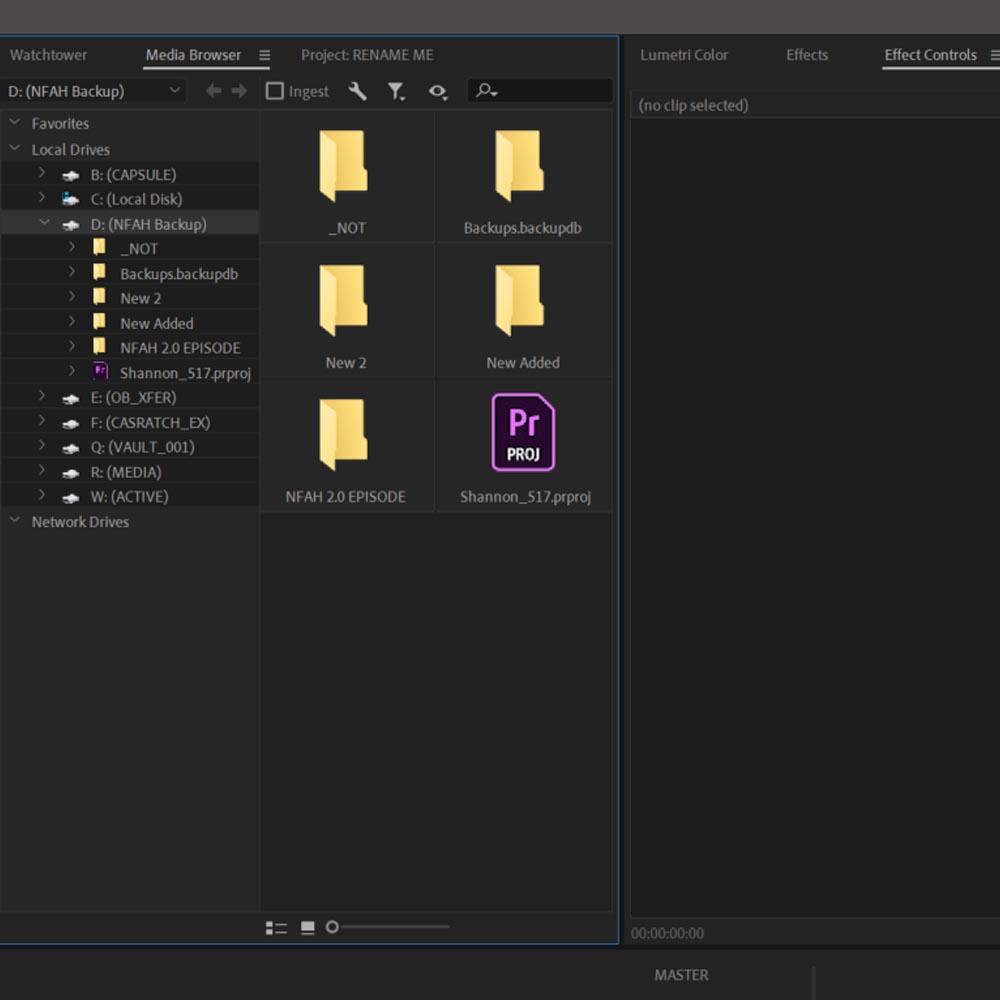 I’d say this is the best option because you don’t have to do anything special. Once it’s installed, you use your computer as normal and programs can see the drive(s) as usual.

NOW, If you’re on the other side of this -needing to read PC drives on your Mac- Paragon has a program for you as well.

A while back I did a review of the G Tech Mobile SSD and wondered if I could use my Android phone (a Google Pixel XL) as a Linux interface and transfer the contents of my SD cards to the Mobile SSD through the phone. With a little fenageling (and another Paragon product) it worked!

Recently I was given a Mac-formatted drive and, remembering that review, wondered if my Asus Chromebook would work the same way. It did, but with a caveat.

I plugged the Mac Drive in to one USB port, a 128GB Flash Drive in to the other, and let’er rip. While everything transferred over fine (it did take a while) for some strange reason the audio folder absolutely refused to. No matter how many times I tried, the audio folder just decided it couldn’t be bothered to copy over. Luckily it was just a coloring gig for a friend, so I didn’t need the audio and the added hassle of my friend syncing it later was acceptable, but it was still frustrating. Maybe someone with better knowledge of Linux can help me streamline a workflow.

The one thing I can’t test is transfer speeds. I noticed speeds were about half of what they normally are (usually around 300MB/s) but the fact that the Mac drive was a little WD spinning drive with an all-in-one cable may have had something to do with it. If someone wants to send me a Macbook I’d be happy to do some digging.

On the subject of transferring footage, you probably shouldn’t just be straight-up “copy and pasting” everything from one drive to another. On your own time sure why not, but when the footage has a price-tag attached to it, you want to be safe. To that end, I’ve got a review of Hedge coming up shortly for the next Tool Talk, which is a software designed specifically to transfer and backup all of your footage from card(s) to drive(s) safely and quickly, like Silverstack or Shotput. While writing this I noticed that Hedge “saw” the HFS drive attached to my computer, which makes me assume it can read them, but it did throw up a caution bubble so I don’t know just yet if having Paragon installed will do or did anything to help or hurt. We shall see.