A great rigging option for your new cinema camera

In collaboration with Canon, the 2.2lb Bright Tangerine Left Field Cage is, as far as I can tell, the only “cage” available for the C500mkII. There are top-plates and rail systems, but a cage also has side-plates (which I personally look for, explained below) so getting my hands on this one was nice as I’ve just taken ownership of a C500mkII myself. 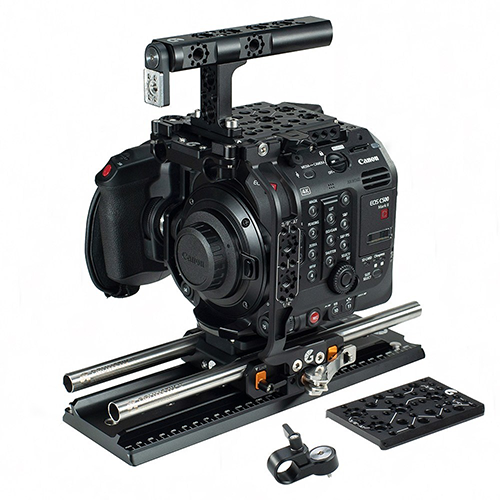 Why get a cage? Well, at a certain point in any young cinematographer’s life, you’ll need to attach some stuff to your camera rig. Matte Boxes, Lens Support, Battery Plates, FIZ Control, Cinetape, Monitors, all kinds of stuff. A cage is a load-bearing device that allows you to put rails (like Bright’s titanium Drumstix *wink*) and screw-in accessories in the places most convenient to you as well as protecting the camera from the odd bump.

The Left Field cage is absolutely covered in ⅜” ports, complete with safety pins that don’t allow for any rotation. You see those on traditional ARRI-style rigs, but the BT one has multiple pin slots so you can attach things at diagonal angles if you so choose. It also, of course, has multiple ¼”x20 ports as well. 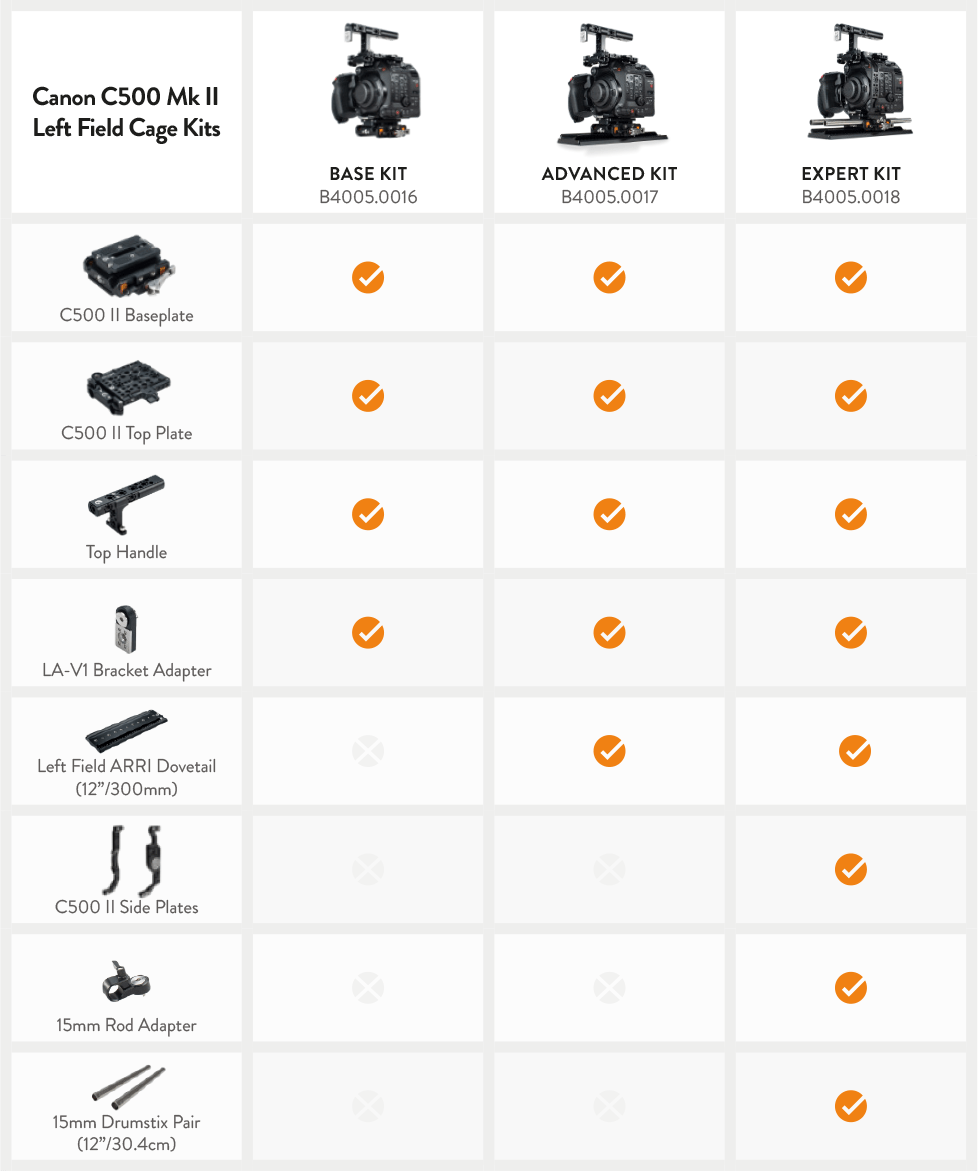 Starting from the top of the Expert Kit, which I got to test, you’ve got a sliding top plate and removable top handle, which you can attach your C500mkII monitor arm to if you’re not the cine arm type (such as the Titan Arm *wink*). The cage itself is attached to your camera by utilizing the six screw ports on top (and the tripod screw port on the bottom) which makes for an incredibly sturdy connection. The top plate/handle combo itself slides back and forth (which you can tighten down, obviously) so when you add, for instance, one of the Canon modules on the back or have a big heavy lens on the front you can match the camera’s center of gravity. Great little feature there. 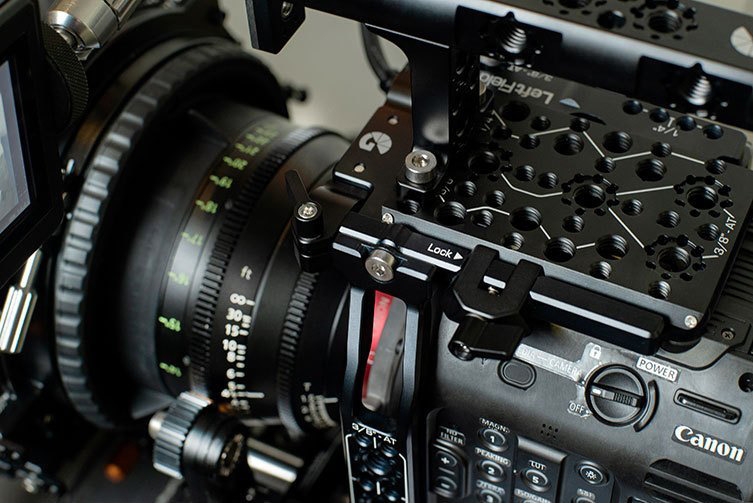 On the right side, you’ve got an ARRI-style rosette where you can attach the camera handle or a “dummy” handle if you’d like, along with some extra ⅜” and ¼” ports for whatever else you might want to put in that area (perhaps ditch the handle, put a monitor?). Over on the left side of the Left Field cage you’ve got an additional row of screw ports where I personally love to attach an additional handle for going hand-held. I’ve done it in some form on literally every camera that I’ve ever owned, even including DSLRs. If you’re shooting handheld, you want that additional secure grip point to ensure you can keep things as stable as possible. Remember the Fig Rig? It’s that idea except, obviously, not as far out from the camera. The additional weight of a cage, however, does help dampen some of that inertia.

The bottom of the C500mkII cage is where some fun engineering has happened. The highlight feature of the Left Field cage is the Open-Up quick release system. It has two “stages”, one that’s partially open and one that’s fully open. Opening it up halfway makes it so you can slide the camera along any ARRI-style dovetail (even ones that are out of spec) for balance reasons, but opened up fully it allows you to simply lift the cage off of the plate instead of having to slide it on or off. Now you can set up dovetails on your various camera supports (tripod, steadicam, technocrane, whatever) and move as quick as you’re able between them. You can also use a “bottom plate” (really just the top plate without the handle attached) flipped upside-down to mount a tripod plate or similar directly to the cage. If that’s your thing.

I only had the cage for two days but I did have a small test shoot planned for one of them in which I’d be using an anamorphic adapter that needed rail support, on top of the fact that I was shooting hand-held. The shoot was designed to test certain aspects of the C500mkII (namely “hand-heldability”, anamorphic modes as they interact with the EIS, and the flexibility of the XF-AVC codec) so we went off into Palm Desert and gave it a whack with no hangups to speak of. With something as simple as a cage, it either works or it doesn’t, and the Left Field cage works.

Overall I found the cage really effective. It’s light enough that I wasn’t fatigued shooting hand-held all day, and even attaching a rather weighty Odyssey 7Q+ didn’t slow me down. The whole rig was probably 9 or 10lbs all-in. As I wasn’t using any stabilizers or camera support I wasn’t able to fully utilize the Open-Up baseplate but if you’ve ever shot on a set you know how often the camera gets moved around, so that’s an easy sell. Bright makes their own dovetail and since the Open-Up mechanism sort of “clamps” to it, you can even use ones that are slightly off-sized if you happen to run in to that. I’m not a big “Canon C-Series Handle” guy necessarily, opting to use a Titan Arm to hold the monitor instead, but I will say that the monitor adapter on the top handle is a nice addition and for certain shoots and is incredibly sturdy. The Bright Tangerine Left Field Cage is a great option for rigging up your new C500mkII and comes with more options than the competitors, making it an easy choice.

Click here to check it out the Advanced Kit!