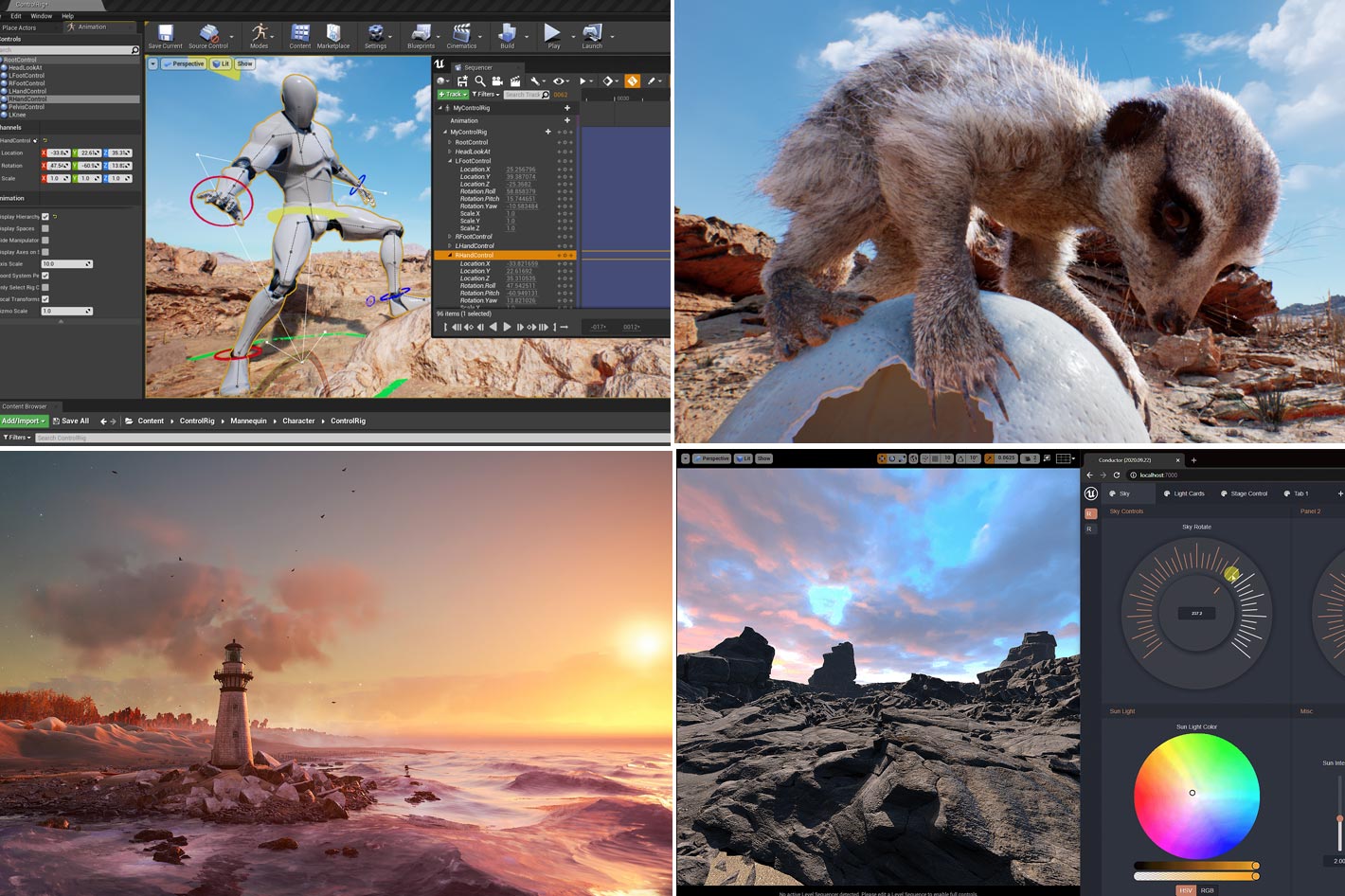 The new version of Unreal Engine adds new features to Movie Render Queue, so users can create high-quality frames with accumulated anti-aliasing and motion blur for film and television or cinematics.

Unreal Engine 4.26 continues to extend your ability to create believable real-time worlds and characters with production-ready strand-based Hair and Fur, new Volumetric Clouds for realistic sky, cloud, and environment lighting, and an experimental new Water system. There are also enhancements to the Movie Render Queue and Collab Viewer template, animation blending in Sequencer, and much more.

It’s a “step forward in terms of film animation and VFX”, one user commented online after watching the presentation video of the now available Unreal Engine 4.26, while another added that “UE4 is unmatched right now especially for small teams, and with UE5 releasing late next year, the others should start making some serious improvements if they want to stay relevant.”

In fact, each new version of the Epic Games software delivers powerful new tools that extend the ability of creators to craft believable real-time environments and characters for games, film and TV, visualization, and training and simulation, as well as continued advancements to Unreal’s industry-leading virtual production toolset. 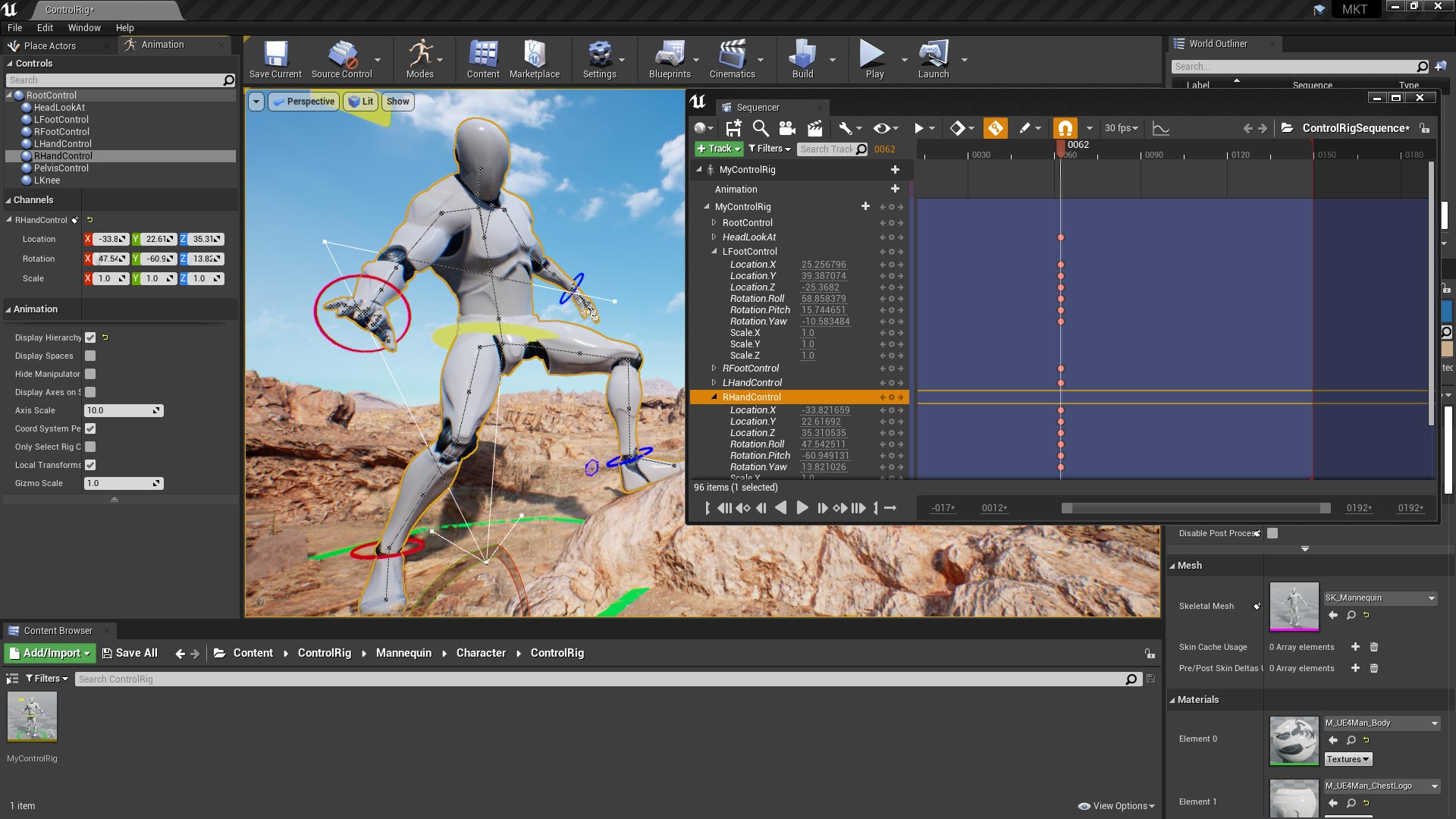 One example of the expanded potential is the addition of several enhancements to the movie render queue, enabling users even more control over their final render output. Another example is the addition of industry standard codec such as Apple Pro Res and Avid DNxHR to allow users a wider variety of choice for a high-quality media export. But there are many other new featurers to explore in this new version of Unreal Engine.

Highlights of the 4.26 release include:

More convincing animated characters
Hair and Fur is production-ready in 4.26, delivering the ability to edit, simulate, and render true strand-based hair, fur, and feathers. Hair and Fur now features a new Asset Groom Editor for setting up properties, and compatibility with features such as DOF and Fog. LOD generation is built in, and users are now able to generate cards and meshes for lower-end hardware in-engine as an experimental feature.

Adding further believability to their characters’ movements, users can now create animations in Sequencer by blending animation clips such as motion-captured data; the workflow will be familiar to animators who’ve worked in other nonlinear animation editors. Animators can preview skeleton animations to easily see how one skeleton blends into the next, and match joint placement for a smooth transition between clips. The feature is integrated with Control Rig, which now offers an experimental full-body IK solution in addition to the standard FK/IK. 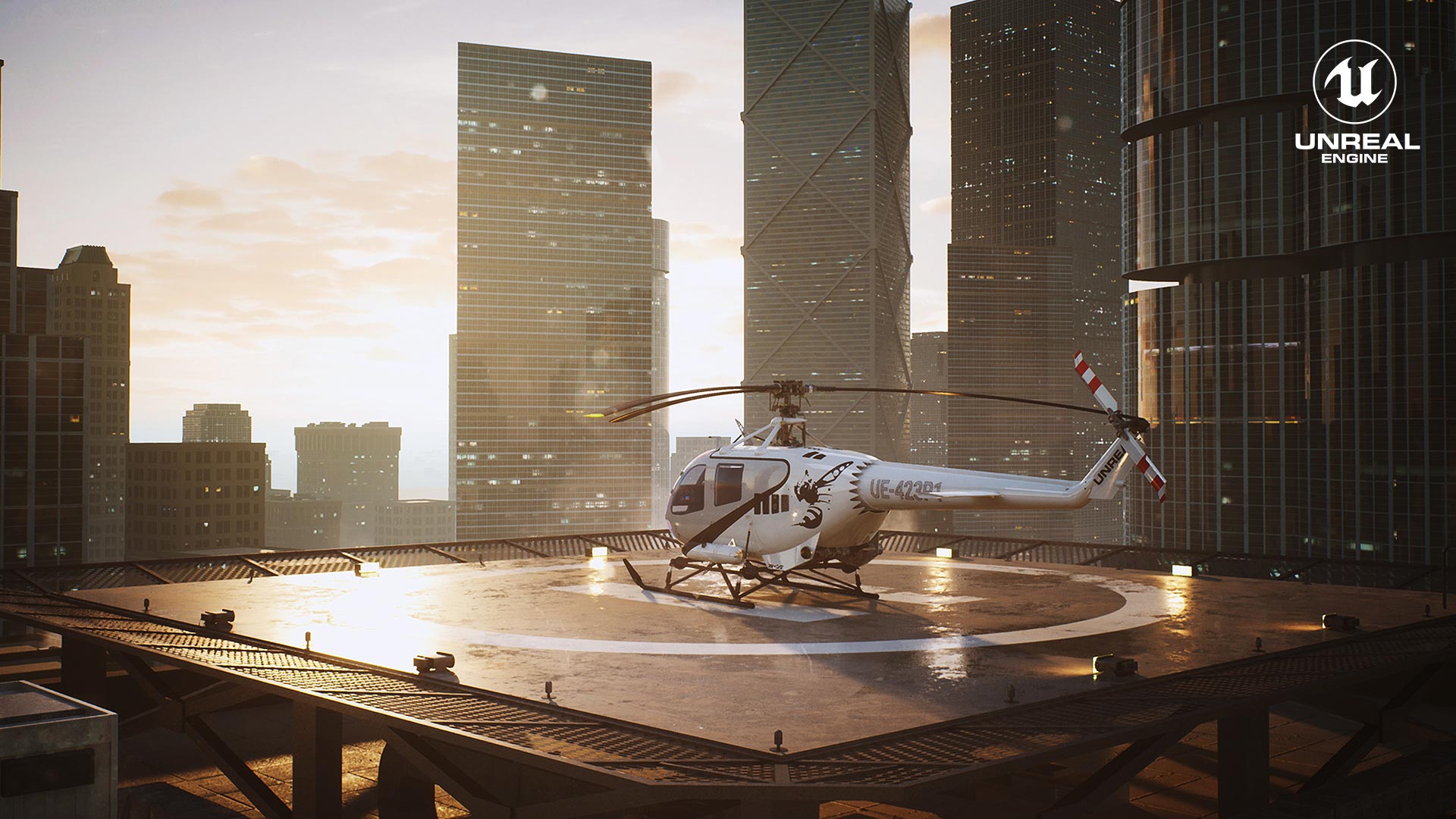 Immersive natural worlds and environments
Unreal Engine 4.26 introduces a new Volumetric Cloud component that is able to interact with Sky Atmosphere, Sky Light, and up to two directional lights, improving the quality of both realistic and stylized skies, clouds, and other atmospheric effects. The atmosphere can receive volumetric shadows from meshes and clouds; lighting and shadowing updates in real time to reflect time-of-day changes. In addition, there’s a new Environment Lighting Mixer window that enables all components affecting atmosphere lighting to be authored in one place.

This release also sees the introduction of a new Water system, enabling artists to define oceans, lakes, rivers, and islands using splines. Users can adjust and visualize the depth, width, and velocity of rivers along their lengths, and the wavelength, amplitude, direction, and steepness of waves on oceans and lakes. The system includes a new Water Mesh Actor that uses a quad tree grid to render detailed surfaces up close, smoothly transitioning to simplified ones at distance. Built-in fluid simulation enables characters, vehicles, and weapons to interact with the water; the fluid also responds to Terrain, such as reflecting ripples off the shore, and reacting to river flow maps.

Extended virtual production toolset
Unreal Engine 4.26 leverages technology such as NVIDIA’s NVLink, which enables data to be transferred between two GPUs at very high speed, in order to support the increasing number of pixels on today’s LED volumes. This allows any viewport to be rendered on another GPU; for example, one display-facing GPU would render the entire scene while another handles the inner frustum, passing the pixels back to the first one.

The 4.26 release also introduces a new fully REST-compliant Remote Control API that enables users to easily collect and organize any parameters or function libraries from the Unreal Engine UI into customizable presets. These can be used in a panel in the Unreal Editor, or seamlessly connected to widgets—such as radial dials, sliders, or color pickers—in web applications, without coding. For example, this could enable an artist on a virtual production stage to easily change the sky rotation or the sun position from an iPad. This feature also benefits broadcast and live events teams who may need to make changes remotely in real time.

Movie Render Queue also now supports OpenColorIO (OCIO), enabling users to work in any color space while ensuring that their image will look as intended on its target platform. In addition, 4.26 delivers new support for exporting multi-channel EXRs, Apple ProRes and Avid DNxHR codecs, and Final Cut Pro XML EDLs, as well as the ability to integrate render farms. 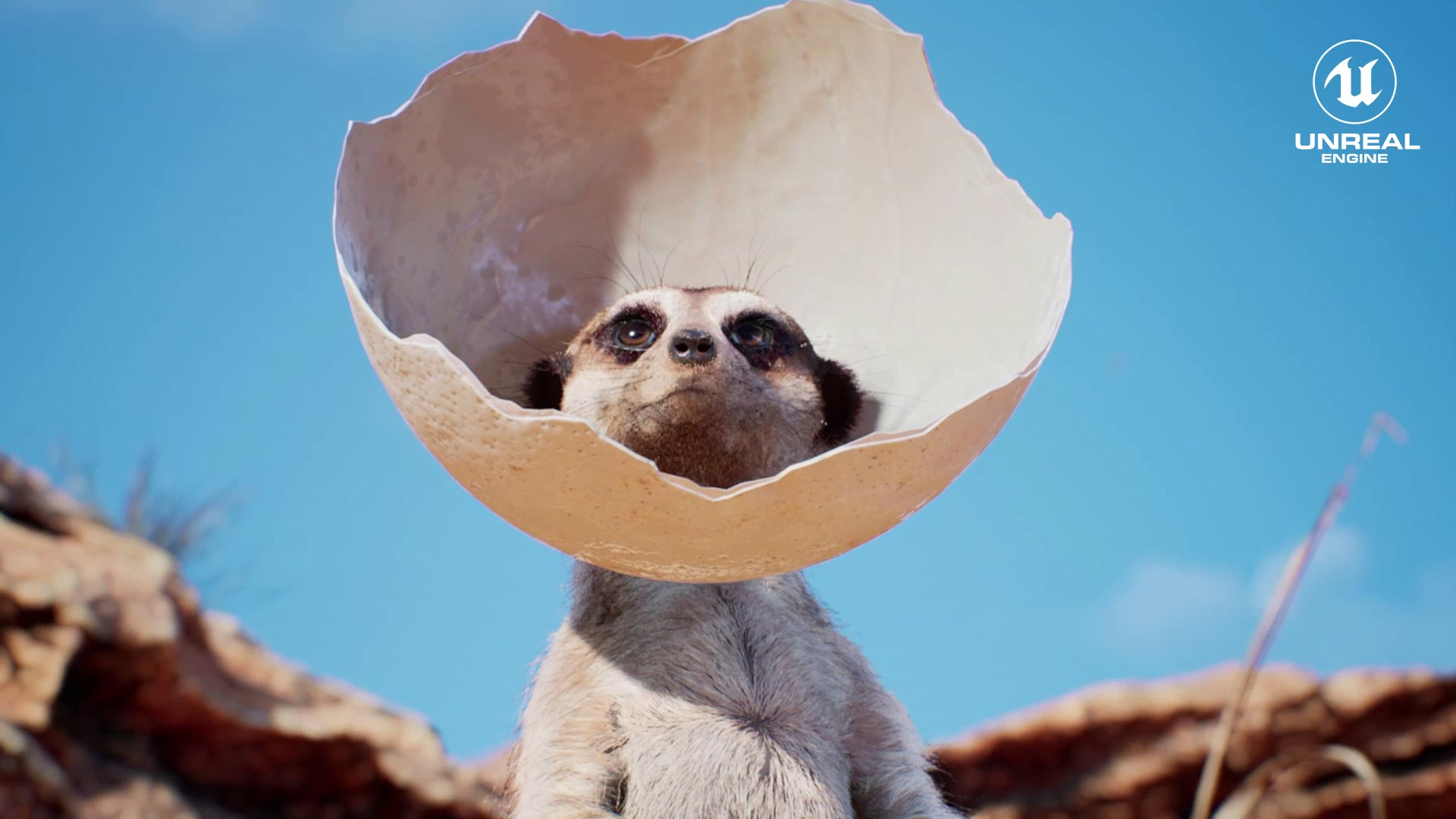 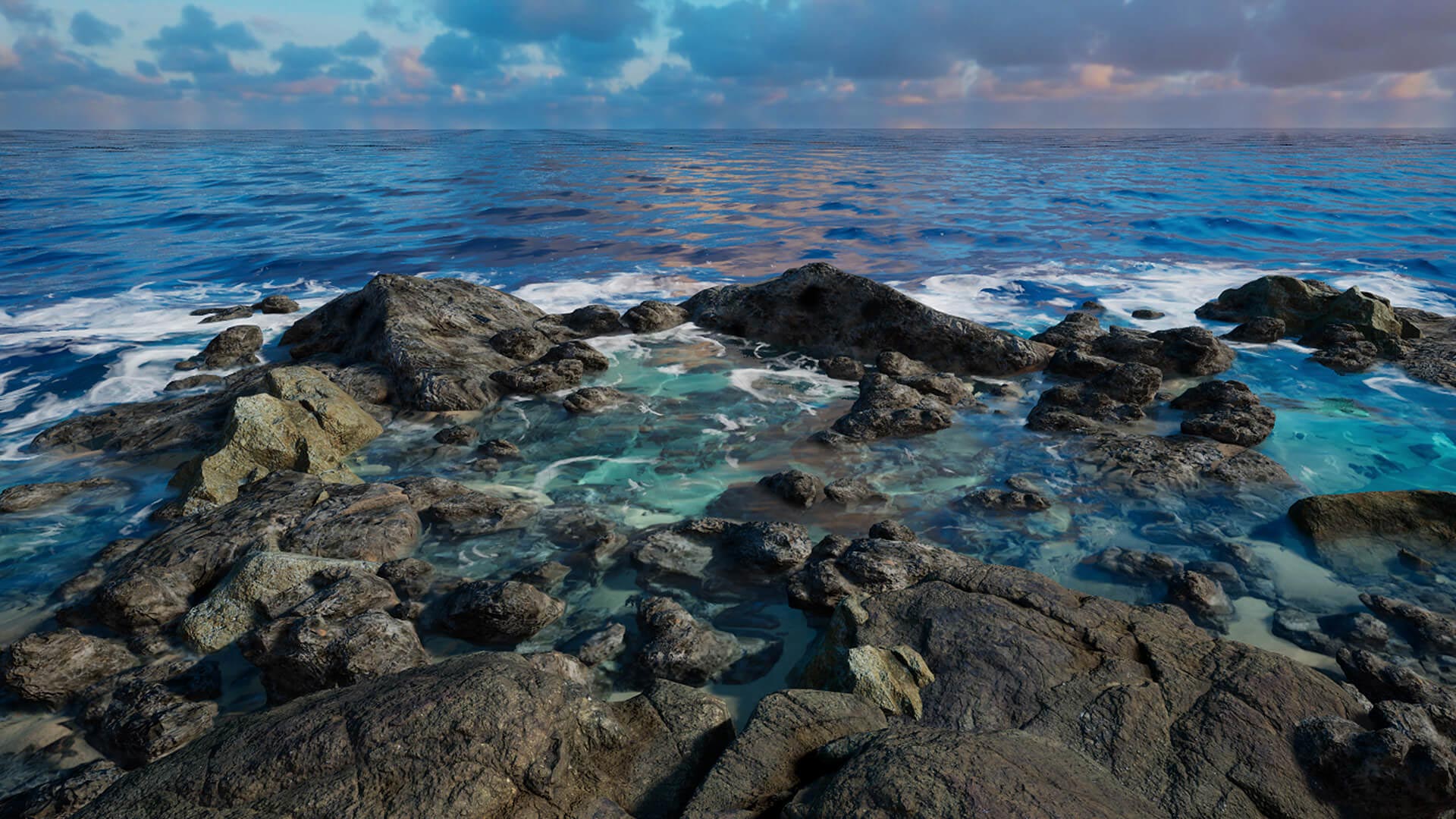 Unreal Engine, which powers the world’s leading games since the early 90s, is also adopted across industries such as film and television, architecture, automotive, manufacturing, and simulation. Through Unreal Engine, Epic Games Store, and Epic Online Services, Epic provides an end-to-end digital ecosystem for developers and creators to build, distribute, and operate games and other content. Follow @UnrealEngine and download Unreal for free at unrealengine.com.