Topaz Labs is popular for its plugins, some also working standalone. Now they take things a step further and create Topaz Studio, a photo editor offering the essential tools and a bridge to all its software. 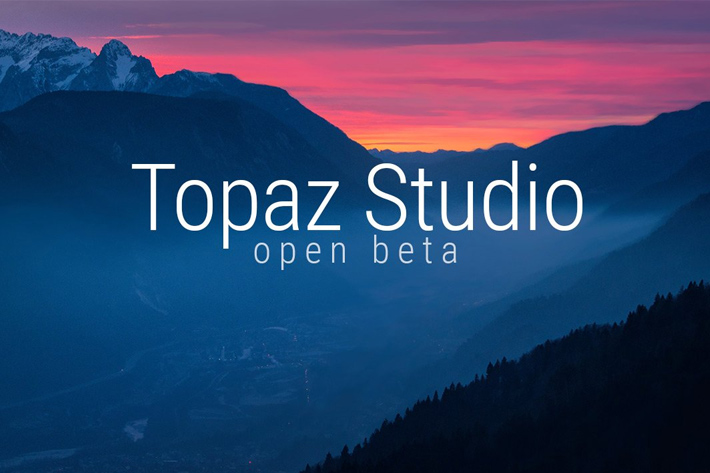 Topaz Studio is now in open beta, available for Windows and Mac. The creators, Topaz Labs, want feedback from users, to help finish a program that offers the fundamental tools and expanded creative horizons.

Topaz Studio is a brand new standalone editor, more than just a host application. It features fundamental tools like cropping  rotating and resizing your images and has a built in histogram and scopes to show your hue, saturation, and luminance of your images. It’s designed for people who want to edit their photos through an easy to use interface, and while it is simple on surface, it is supported by the same technology that fuels Topaz Labs software. In fact, it is even more than that, as it also becomes the interface for Topaz Labs plugins you may already have. 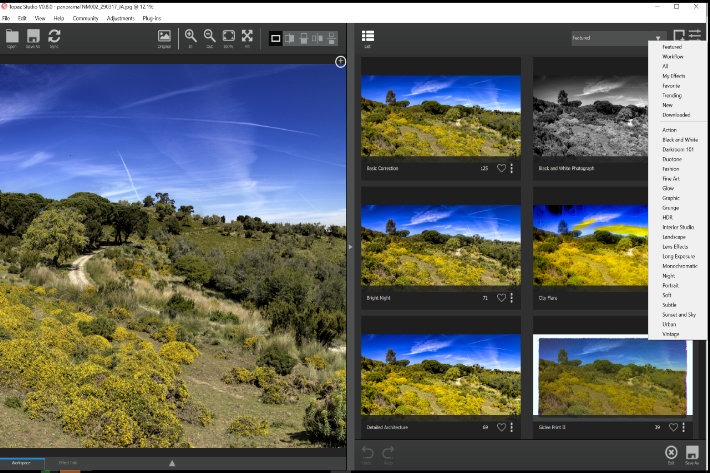 The program, now in beta, is an interesting proposition and one that makes, for me, complete sense. Topaz Labs offered previously – and still, offers – its photoFXlab, a standalone application that worked as an interface for all things Topaz. The now revealed Topaz Studio takes things a few steps further and offers users a complete photo editor that follows many of the conventions now expected to fin on photo editors able to work with your images from the RAW files.

Topaz Studio combines, as Topaz Labs states, “the customization of Texture Effects, the editing power of some of your favorite host applications, and the sharing power of the Topaz Community. Add, arrange and combine the power of unique adjustments to perfect your images. Then use the improved masking, blending and cropping tools to retouch and reframe your composition.”

While the program works standalone, it can also be used as a plugin for those who prefer to work in Photoshop or Lightroom. I’ve yet to try it with other software, as Affinity Photo, which already accepts Topaz Labs plugins, but for this first “hand-on” of the program I explored the potential of the standalone options. 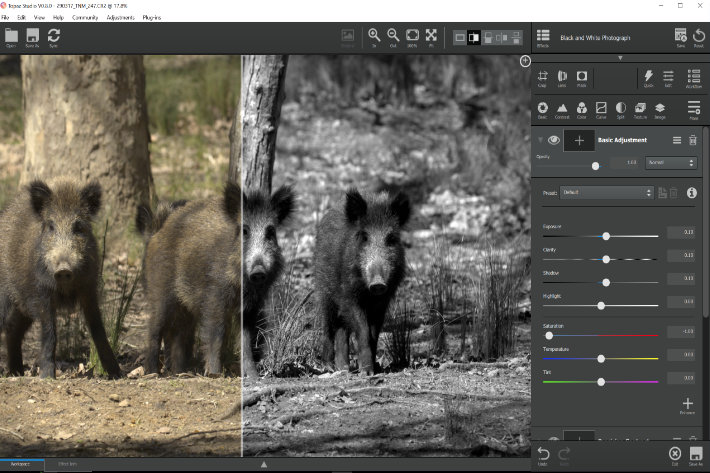 The interface is easy to grasp, and the tools most needed/used are directly accessible from the panel on the right side. Everything you need is there, but once you start to go deeper into the menus you understand this is more than a simple tool: blurs, vignettes, curves, precision sharpening, duotones, dehaze, bloom, color correction, masks, everything seems to be there, all the way to the special effects you can get from some of the plugins created by Topaz Labs. There is a whole collection of effects included in Topaz Studio, but as I mentioned, you can use the program as the central hub to access your Topaz Labs plugins.

The way adjustments are implemented is not only seamless, but completely transparent to you: the panel on the right side shows each “layer”, perfectly named, so you know the adjustment used. A simple click and the info expands, allowing for further adjustment of each “layer” introduced. You can stack, add, rearrange, duplicate, delete or hide adjustments all within Topaz Studio. That means no more jumping in and out of Photoshop to apply each specific adjustments. In fact, I believe many users might be happy with the tools Topaz Studio has to offer. 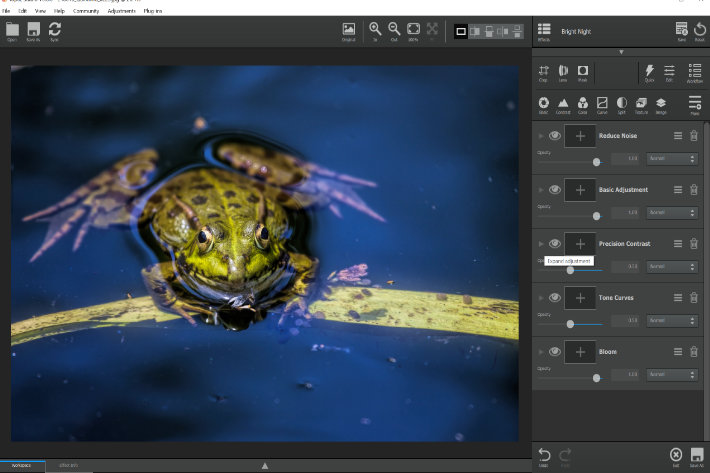 The program is associated with the launch of new adjustments by Topaz Labs, specific for Topaz Studio, some free, others paid. An expanding library of One-Click Effects, perfect for quick edits, or inspiring your creativity, will be available after launch. Effects can be downloaded, applied, then customized further to get exactly the look you want.

While I am still exploring the software, which was just released, I am quite amazed with the things it has to offer. From a brief contact with Topaz Labs I understood that the developers are quite excited with the product and the feedback from users is helping them to shape the final program that will reach the market. But the core of something that may become the photo editor for many users is already present on the version I am playing with. Give it a try, downloading the beta version from Topaz Labs webpage.