There was no Affinity Video Editor or Android version of the apps announced, but the launch of the Affinity V2 has a goal: to deliver a holistic experience unlike that of any other creative suite. 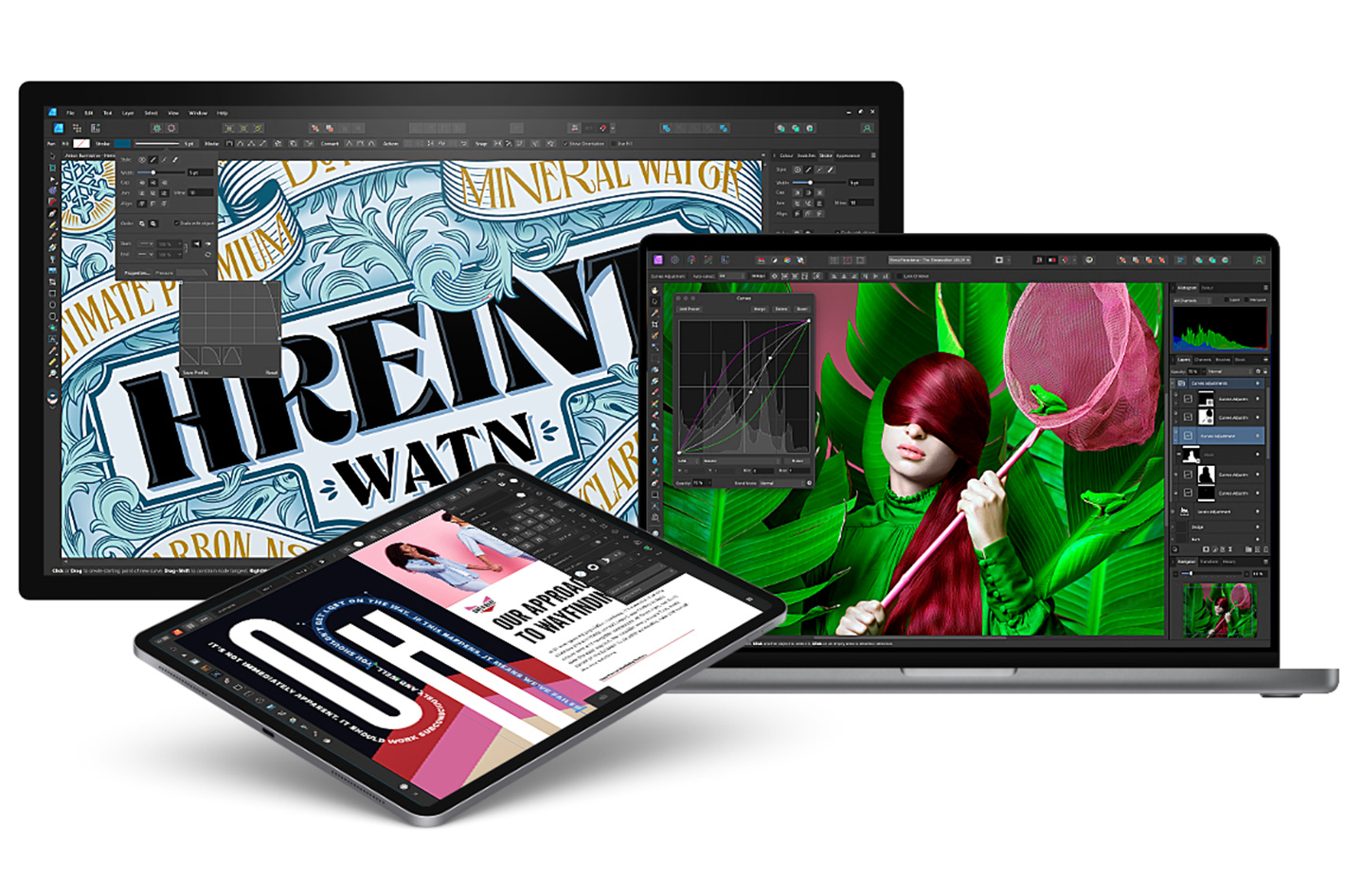 Serif has unveiled the long-awaited Version 2 of its Affinity creative suite, arriving with an Affinity V2 Universal Licence ownership tier announced with a price of €119.99 one-off cost with no subscription.

Despite all the wishful thinking and wishes from many users, there is no version of Sketch revealed, neither are there Android versions of the apps (something I wish would happen) or even the much wanted Affinity Video Editor that many believed would be round the corner.

No, Serif did not move away from the three areas it covers – photo editing, graphic design, illustration and layout – with its creative suite – some call it Affinity Suite – which includes Affinity Photo, Affinity Publisher and Affinity Designer, the company just moved the whole suite to Version 2, which is announced as bringing “reimagined versions of the three products which have taken the creative software world by storm, loaded with spectacular new features and a stunning new look.”

Designed and built to empower creatives and bring out the very best in their work, Affinity V2 integrates photo editing, graphic design, illustration and layout into a super-sleek workflow – delivering a holistic experience unlike that of any other creative suite.

Alongside the launch of Affinity V2 comes the eagerly awaited release of Affinity Publisher 2 for iPad, completing the core suite of apps available on macOS, Windows and iPadOS. Feature packed, intuitive and touch-friendly, it is the first time a truly professional, desktop-grade layout and page design app has made its way to the platform. Knowing it from PC, I can only vouch for its ability to do the work I once did with inDesign. 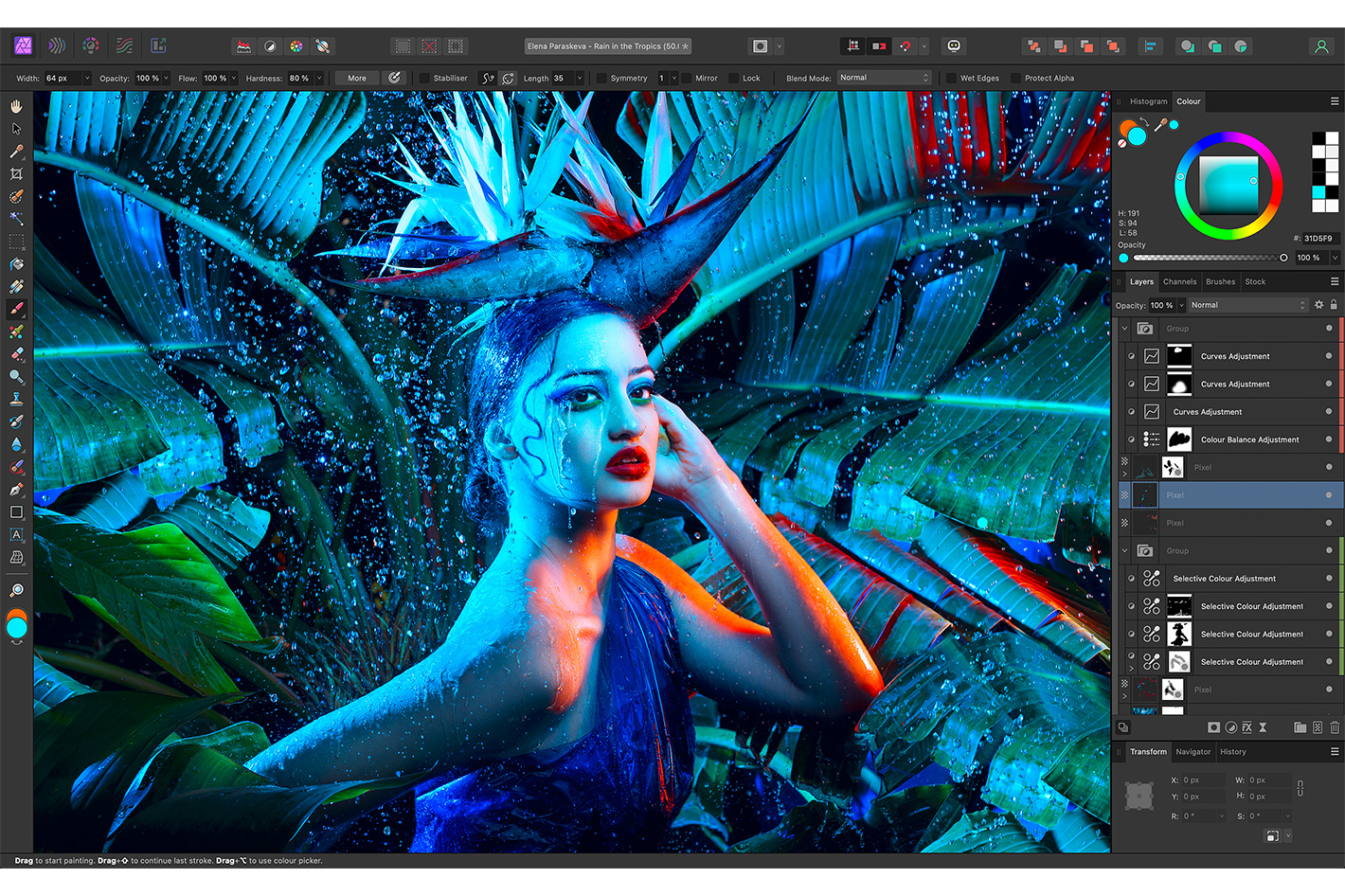 A photographer I know, Niall Benvie, who has moved from inDesign to Affinity Publisher has created his eBooks with the app, and even runs an eLearning module on “PDF and eBook creation with Affinity Publisher”. He writes this: “Affinity Publisher is rapidly establishing itself as an industry-standard alternative to InDesign and its one-off licence payment appeals to those reluctant to subscribe to Adobe.”

Yes, the one-off licence payment has been one of the reasons why people picked the Affinity apps as one alternative to Adobe… and other apps. When the launch of Version 2 was announced as “something BIG is coming” many hinted that subscription was about to happen for the Affinity Suite, but the news confirm they were wrong. In fact, the “something BIG is coming” is all about the introduction of the Affinity V2 Universal Licence, which gives users the option to buy a package containing Affinity Photo 2, Affinity Designer 2 and Affinity Publisher 2 for use on Mac, PC and iPad – all for a single all-inclusive amount.

According to Serif, “the Universal Licence will normally be available for €199.99 – a €218.92 saving on buying all the apps on all operating systems individually.” That’s already good news, but it gets better, as, Serif is currently offering a huge 40% launch discount making the whole V2 suite available for a remarkable €119.99 one-off cost with no subscription. I just paid and have downloaded my software, it’s like having a Christmas present before December 25th. Or an early Black Friday bargain.

Ashley Hewson concludes: “The ability to buy for a one-off payment is something that makes Affinity the only viable option for many of the brilliant and inspiring creative people around the world, who would otherwise not have access to the highest-quality tools. There has been a lot of speculation about us moving to subscription recently, so I’m pleased to confirm that isn’t the case!”

Upgrade at an incredible price

“For our existing customers we have also been very conscious that, considering many of our sales are generated via app stores, it’s not possible to provide upgrade pricing. That’s the main reason we have decided to offer such a large launch discount – to give users a chance to upgrade at an incredible price.”

We all know that even when there is no subscription added to a product, some companies create yearly updates that in some cases do not mean much, to get users to pay more money, but that’s not my experience with Serif. I acquired the Affinity Photo for Windows in 2017, also with a special discount, and have had free updates to it since then; the same happened with Publisher, which I also use. Now, for Version 2, even if I do not need Affinity Designer, I decided to opt in for the 40% launch discount on the V2 suite.

Users who do not want to move from V1 can continue to use it without any limitation, but Serif notes that the updating cycle for the original versions ends now. Those purchasing V2 – no, there is no upgrade path or discount – will not only get access to the tons of new features and enhancements available now, but you’ll continue to receive free updates until such a time that V3 is launched. If Serif picks the same rhythm as it did with V1, which received updates to the V1.9 we’re talking about some 5 years… for €119.99, if you buy the V2 suite while it is available at a special 40% discount.

I’ve acquired and downloaded the software and will have to install it and check, but here are some notes about what users can expect from the V2 suite. Here is what Ashley Hewson, Managing Director of Serif, had to say about the software:

“Setting new standards for creative software, Affinity V2 is by far the biggest, most exciting launch in the history of Serif. For the very first time we’re bringing the very latest, highest performing versions of all our products to the market at the same time, with some simply stunning features.”

“At Serif, we know that we don’t work for ourselves – we work for the photo editors, the artists, the illustrators, the designers, all those people who rely on Affinity software as the engine to power their day.

“We have worked tirelessly to not only include many of the new features our customers have been asking for, but a whole host of usability and workflow improvements to make the apps more productive than ever. We think Affinity users both old and new are going to love it.” 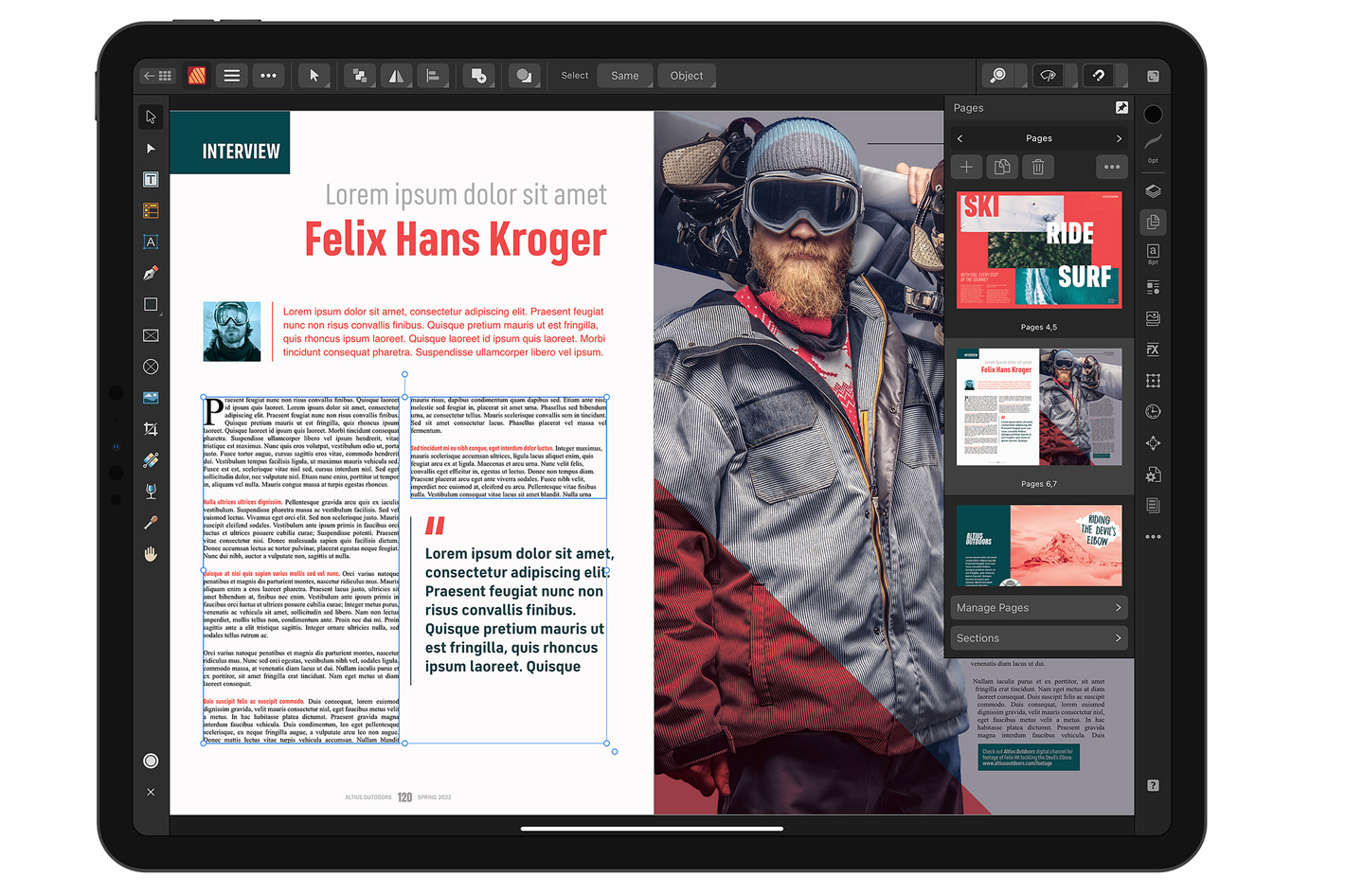 Alongside the launch of Affinity V2 comes the eagerly awaited release of Affinity Publisher 2 for iPad, completing the core suite of apps available on macOS, Windows and iPadOS. Feature packed, intuitive and touch-friendly, it is the first time a truly professional, desktop-grade layout and page design app has made its way to the platform.

“Our work to put full desktop-quality creative software onto iPad has led the world and set new industry standards for what users should expect from iPad apps. And now we’re the first to bring all the features you’d associate with desktop publishing to the iPad as well.

“There’s genuinely never been anything like this before. The power and portability of Affinity Publisher 2 for iPad allows you to take page design and layout out of the confines of the office and into whatever space brings you most inspiration.”

As tempting as the price for the whole Affinity Suite V2 is, users who don’t require the full package will still be able to buy Affinity Photo 2, Affinity Designer 2 or Affinity Publisher 2 individually for Mac, PC or iPad with the same 40% launch discount. All apps, including the V2 Universal Licence, are also available as a 30-day free trial. Note that when purchasing individual desktop apps, you will have to choose whether you want it for macOS or Windows. If you want to access multiple apps across various platforms, the most cost-effective way to do this is by purchasing a Universal Licence.

One more note that reflects how Serif expects users to use the software: as a private individual you can install Affinity apps on as many devices as you own which run the operating system you have purchased a licence for (of course in the case of a Universal Licence that means you can install on any iPads, Macs or Windows PCs you own). Other people (for example, members of your household) are also allowed to use the apps on those devices. However, only you are allowed to use the apps for commercial use—if any members of your household need to make commercial use of the apps as well they will need to purchase their own licence.

I believe it’s a fair request from Serif. 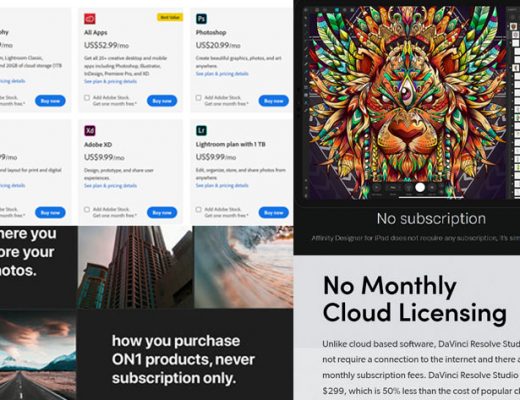