A new carry on rolling camera bag, the Airport Advantage, and new versions of the Airport International and Airport Security rolling bags are now available from Think Tank Photo. 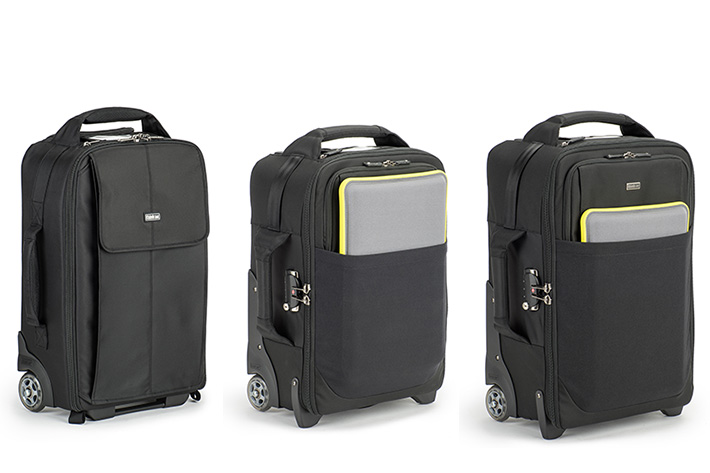 The family of Airports bags from Think Tank Photo expands with the new solutions for travelling photographers and videographers. Discover them now!

The new Airport Advantage carry on rolling camera bag has designed with one thing in mind: keep the very expensive gear near its owner all the time. This means creating a bag that fits commuter and regional aircraft. Something that has become more difficult, apparently, for each new year, as difficulties created by regulations grow and… bag sizes shrink. In fact, one of the truths of air travel with camera gear is that the maximum amount of gear photographers can carry is limited by the smallest plane on which they’ll be traveling.

In response to that, Think Tank Photo has released the Airport Advantage rolling camera bag.  Designed for traveling on commuter or regional jets, the bag’s customized interior holds the maximum amount of gear that will fit in overhead bins or under seats. In addition, its ultralight design lets photographers pack more gear while staying under airlines’ increasingly vigilant weight restrictions. 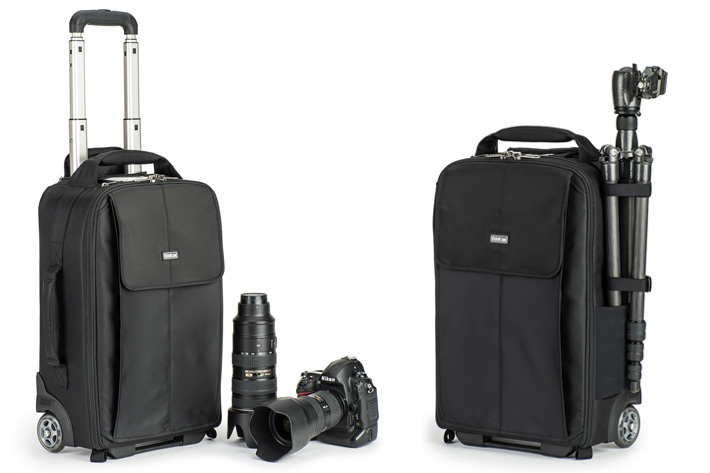 “The Airport Advantage has all of the features and quality for which Think Tank’s larger rolling camera bags are renowned,” said Doug Murdoch, Think Tank’s CEO and lead designer.  “With this, our smallest rolling camera bag, we help photographers solve one of their biggest headaches, which is how to keep their very expensive gear near them at all times on regional aircraft, as opposed to it being tossed into the hold.”

The Airport Advantage, meets U.S. and International airline carry on requirements, weighs only 5.9 lbs. (2.7 kg) and includes a dedicated laptop pocket which fits up to 15” laptops in a padded sleeve. A custom designed retractable handle with inset channel on aluminum tubing for adds strength and durability is present, as a tripod mount and water bottle pocket on side (additional straps included for larger tripods). The bag also has lockable zipper sliders (lock not included). 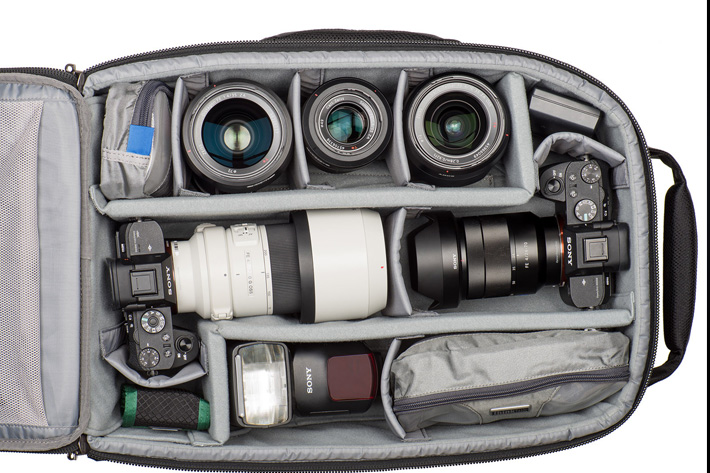 Inside the bag users can fit one gripped DSLR with lens attached, one standard size DSLR with lens attached, plus three to four additional lenses, and 15” laptop, or two gripped DSLRs with lenses detached plus three to four lenses, or two Mirrorless bodies with lots of lenses.They will also find interior zippered pockets for batteries, CF cards, filters and accessories. Closed-cell foam dividers support heavy gear and maintain strength over time. 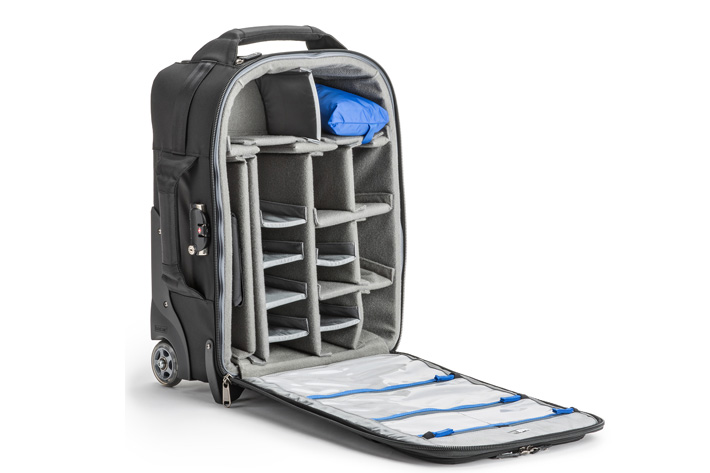 “Photographers deserve rolling camera bags that are as high in quality as their photo gear,” said Doug Murdoch, Think Tank Photo’s CEO and lead designer.  “Take something as simple as the wheels we use.  Ours are custom-designed, high-performance, 80mm wheels with sealed ABEC grade 5 bearings for quiet rolling.  If we took so much time perfecting something as simple as wheels, one can sense how much care went into the designs of each roller.” 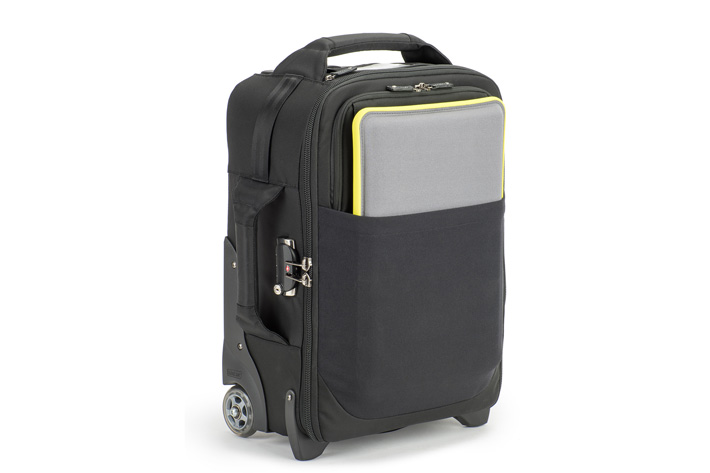 The bags also feature a dedicated padded laptop and tablet compartments located in a lockable pocket, TSA-approved zipper locks for the main compartment, and high-strength coated cable and combination lock for the laptop compartment and securing your bag to an immovable object.

Custom designed retractable handle with inset channel on aluminum tubing for added strength and durability, quick and easy access to the retractable handle, a tripod mount pocket on side (additional straps included for larger tripods) an expansive top compartment cradles large camera bodies for the perfect fit are some more features present on these new bags.

Follow the link to check the new Airport bags at Think Tank Photo. 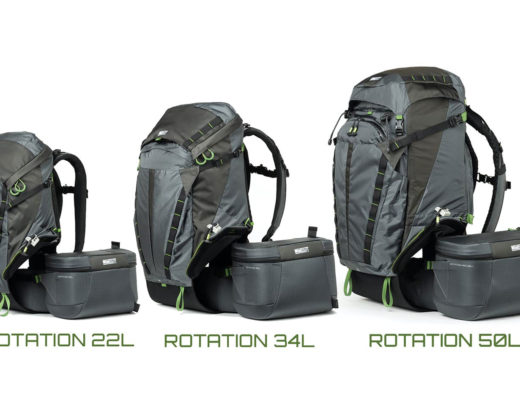 If you’ve ever wanted a classic version of the MindShift Gear Rotation 180 backpack but wanted it in a...

Fully funded in four hours, the next generation of Rotation backpacks brings the classic outdoor series in three sizes,...