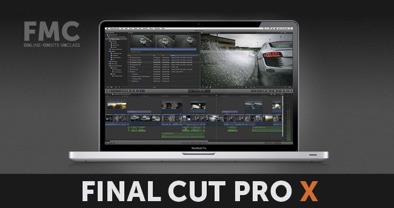 FCP X has caused quite a controversy in the video community; between massive changes in software design and a struggle for professional workflows, the new version (while amazing) has been a rocky release for Apple. This new update starts to address some of the criticisms from professionals.

Why Apple’s update should matter for you:

The update for FCPX shows one thing very clearly: Apple is listening. Major “missing” keys have begun to be addressed. This update? XML and Roles.

Hand in hand with that, are the ideas of Roles – assigning a ‘type‘ or role to a clip. Roles like: dialog, effects, music (and more) make it possible to export separate stems based on your tags. Additionally, These roles make versioning (such as based on language) a breeze, flexibly turning on and off the correct clips in a project.

Learning how to integrate these new features (or the shift in thinking necessary to edit in Final Cut Pro X) should be in your near future. FMC Training is dedicated to providing the most professional, comprehensive, certified training in the country and can recommend a customized learning path for you.

Why Apple’s update shouldn’t matter for you:

If you choose not to go to Final Cut Pro X, the smart money is on switching to a different editorial system, knowing that Apple’s development for anything other than Final Cut Pro X has stopped. That leaves the major players of Adobe with Premiere Pro and Avid’s Media Composer.

What’s most important, is being aware that your career shouldn’t ever be defined as being locked to a single tool, being proficient with many applications including getting
certified may be your best choice to keep yourself relevant in such a fluid job environment.