The film “The Oath” was shot with several URSA Mini Pro digital film cameras and edited and graded with DaVinci Resolve Studio. I mean who does not love a filmmaker make their story work on a Blackmagic camera.

Written, directed by and starring Ike Barinholtz, “The Oath” also stars Tiffany Haddish, Billy Magnussen, John Cho, Carrie Brownstein and more. Recently premiered at the LA Film Festival and currently, in theaters, the independent film explores how in a politically divided America, a man struggles to survive Thanksgiving without destroying his family. After the government mandates that all American citizens sign “The Patriot’s Oath,” tensions mount as everyone gets together under one roof for the holiday. 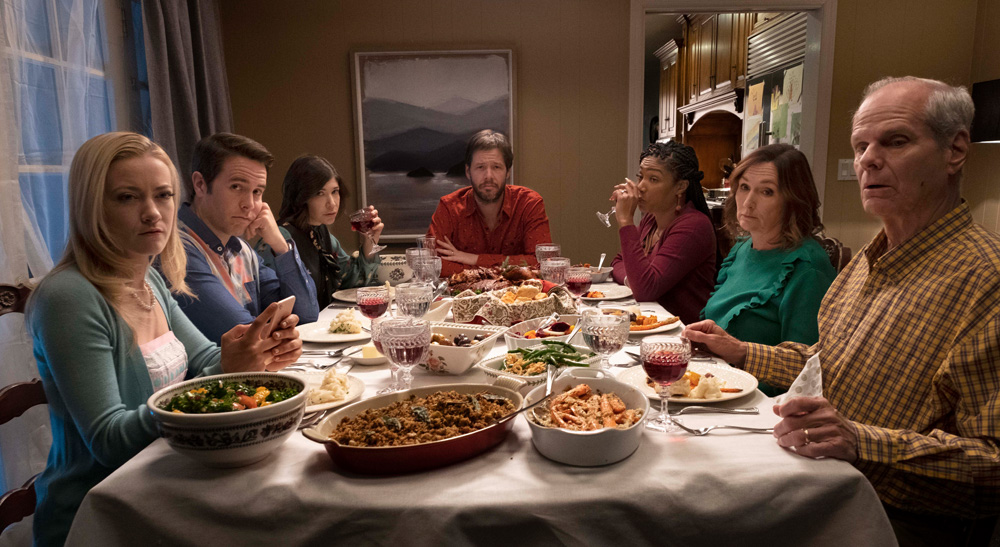 DP Cary Lalonde used a URSA Mini Pro PL and two URSA Mini Pro EFs while shooting the film, along with a Video Assist 4K monitor and recorder, and then Colorist Mark Sachen and Editor Jack Price used DaVinci Resolve Studio during the film’s post-production. The post-production work was done at Los Angeles based post facility Sugar Studios LA, which was equipped with a DaVinci Resolve Advanced Panel for the grading work.

“The URSA Mini Pro’s design and interface are very intuitive. During the shoot, all three cameras were equipped with URSA Viewfinders, and everything from their placement to the cameras’ dials and buttons felt very natural,” said Lalonde. “Having ND filters available at our fingertips helped save time while shooting since we were able to easily dial ND in and out as lighting conditions changed during exterior shots.”

According to Lalonde, the URSA Mini Pro footage easily matched the other cameras in the shooting package, so they didn’t need to worry about consistency issues. “For example, in one setup we used the URSA Mini Pro PL alongside two other cameras to capture a six-person group scene. We used three cameras to shoot in three different directions at the same time, which was the most efficient way to shoot a four-page scene in one setup. Each camera was set to a flat two shot, which worked well for the improvisational nature of the scene.” 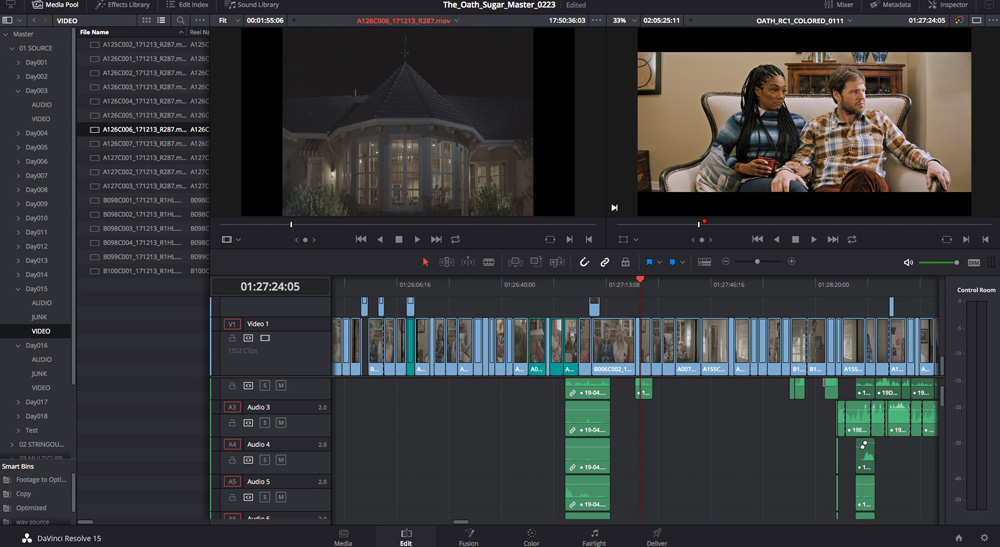 Lalonde and the crew also used the two URSA Mini Pro EFs to capture establishing shots. Lalonde explained, “This was especially helpful during the ‘magic hour’ as the sun was setting. To help show the progression of the film, we wanted to establish the house in daytime and nighttime, with traditional and nontraditional camera angels, so we could match the style of the house to the mood of the film. The film starts very traditionally but there’s a sense of derailment as the story progresses.” 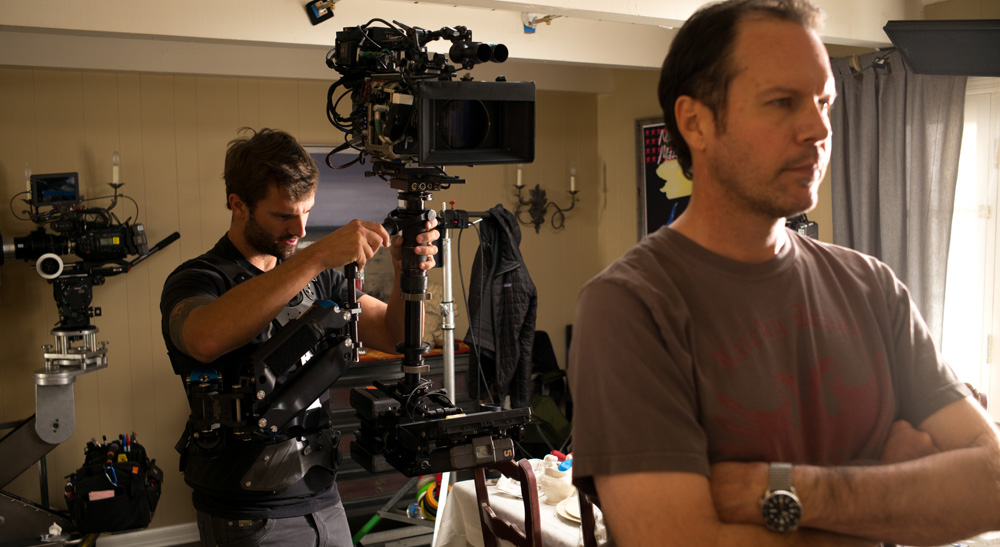 “While editing, I’m a big proponent of using split screens for different takes to ensure that we’re using an actor’s best performance, even if it’s a nonverbal reaction. This came into play a lot in ‘The Oath,’ especially since the characters are being inundated with news broadcasts throughout the film,” explained Price. “Picture in picture comps and image stabilization were a piece of cake in DaVinci Resolve Studio.”

“Overall, DaVinci Resolve Studio’s layout and keyboard shortcuts are very intuitive. With editing, ultimately the less time spent trying to leap over technical hurdles and the more time spent on storytelling and emotion, the better,” continued Price. “There’s an astronomical number of bells and whistles within DaVinci Resolve Studio. If you’re looking for a certain feature, chances are it’s there. Its video playback is also extremely sophisticated, to the extent where I was able to edit native 2K ProRes 4444 files on a MacBook Pro with ease.”