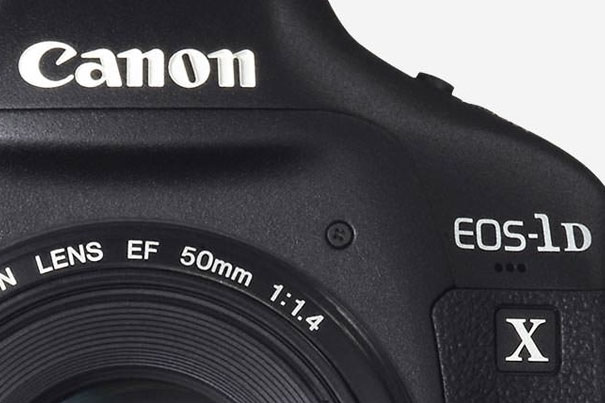 I recently got the chance to test a EOS 70D DSLR, and this text was started then, but with the new flagship camera from Canon, EOS-1D X Mark II being announced next week, I decided to wait a bit longer to publish it, to see if the camera would use DPAF. Although it is not official, it seems it does. Meaning the best focusing system for video in a Canon DSLR is about to enter a new phase.

Although this article is not about the EOS-1D X Mark II, it makes complete sense to open it with the latest information on the camera that is about to be launched, because it confirms that Dual Pixel AF, the focusing system Canon developed for video, is also going to be on the top professional DSLR from the company. This said, let’s go back to my recent experience with the Canon EOS 70D.

Trying the Canon EOS EOS 70D took me back to the first days of autofocus. I thought I did not need it but I learned to love it. I was converted then; I am converted now.

Although I picked the Canon EOS 70D to try, when it came out, I did not care enough about video then to try using it for video. Also, at the time, the simple idea of a touch screen made me run away, so I never really got to use it properly. I’ve found it is never too late to learn new tricks.

I recently wrote here at PVC about the Canon EOS 70D as “the best and cheapest camera or video in 2016”, something that some may not agree with, but that I firmly believed in after reading through multiple reviews and opinions from users, and believe even more so, after picking the camera for some days. Apparently Canon also thinks they’ve a good thing, as they are expanding the number of models using DPAF.

I never considered the EOS 70D as an option for me, as it lost the joystick which Canon used proudly until the EOS 50D. No way was I going to get a series EOSXX camera without the joystick. So I never looked again at the EOS 70D. Instead I bought a EOS 600D for video, because at the time it was one of the best choices for someone who likes DSLRs, has a few Canon lenses and is used to the ergonomics of the Canon family.

Launched in 2013, the EOS 70D continues to be a popular choice, when it comes to DSLRs for video, although other models have been launched after it. They may offer better specifications in multiple areas, but lack one thing that makes the EOS 70D unique: the autofocus system, Dual Pixel Auto Focus or DPAF for short, which has also been implemented on multiple models of the professional EOS Cinema line from Canon. I wrote one article about this, so please check Dual Pixel AF: is it a game changer for autofocus? 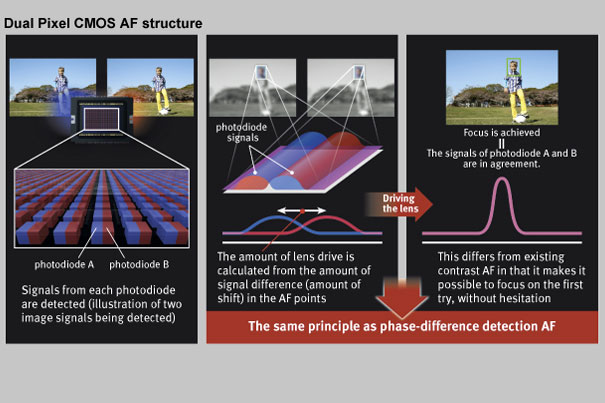 Apparently, when it comes to DSLRs (and I mean REAL DSLRs), nothing beats what the EOS 70D can do in terms of autofocus. I’ve not compared cameras, but reached the conclusion I expressed on my article reading through different reviews and opinions. At Imaging Resource, for example, the reviewer wrote this about the Canon EOS 70D:

“What’s even better is that the 70D’s full-time phase detection autofocus system for video and Live View shooting — with PDAF at every pixel in the AF area — more than lives up to its promise. We were thoroughly impressed by how quickly and accurately the Dual Pixel CMOS AF operated. For movies, this technology finally puts true camcorder-like performance into an HD-DSLR; it’s been a long time coming. Racking focus between near and far subjects is especially easy and smooth with the 70D’s LCD touchscreen touch-to-focus feature. And when using Live View for still shooting, the advanced autofocusing felt nearly as fast as traditional viewfinder shooting under most scenarios.”

At DPReview I found another note which I deem interesting. Their review of the EOS 7D Mark II, which uses the same DPAF system – although enhanced – states this:

“Canon has made a lot of noise about the usefulness of Dual-Pixel autofocus for shooting video. This hype isn’t without some merit. Dual-Pixel AF has the potential to be a game changer in terms of how autofocus is used for shooting video. It should be able to eliminate some of the artifacts associated with traditional video cameras such as the back and forth focus hunting typical of contrast detect AF systems.

Most impressive Movie AF on a true DSLR 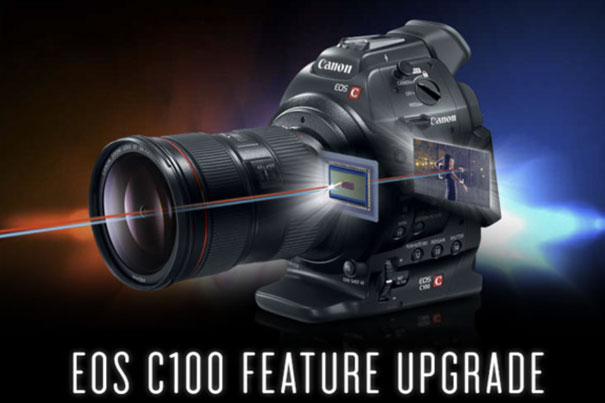 The EOS 7D Mark II introduces some more features to DPAF, in fact, but due to its price and the lack of a touch screen or even a tilt-swivel screen, it cannot be the “best and cheapest DSLR for video”. As I discovered through my few days with a EOS 70D, the articulated screen is great, something I already knew, but the touch sensitive surface is a unique feature that I’ve learned to love from now on. Once I discovered the advantages of using it, and was able to put away my initial doubts about the interest of having a touch screen, I was hooked.

Some will state that there are other cameras offering touch sensitive screens and competing with the EOS 70D when it comes to video. Yes, there may be, but apparently no DSLR – and that’s what I am talking about here – matches the AF speed and consistency of the camera, while offering a price under $1000. The Nikon D5500 is, according to some, a competitor, but the reviewer at Imaging Resource wrote this:

“I found the video quality to be good for this camera class when using manual focus, but the limitations of focusing via live view make autofocus during video difficult to achieve with reliability. There’s a great deal of “hunting” that goes on as the camera attempts to find focus, and confusion over just what the subject is. Face-tracking can help this to some degree, but only when a person is the general subject.”

I guess I’ve to believe in what they wrote. But let me add another note, from DPReview. On their review of the EOS 70D they state that “the 70D’s Dual Pixel AF offers the most impressive Movie and Live View autofocus we’ve seen from a true SLR.” I guess this kind of settles it. 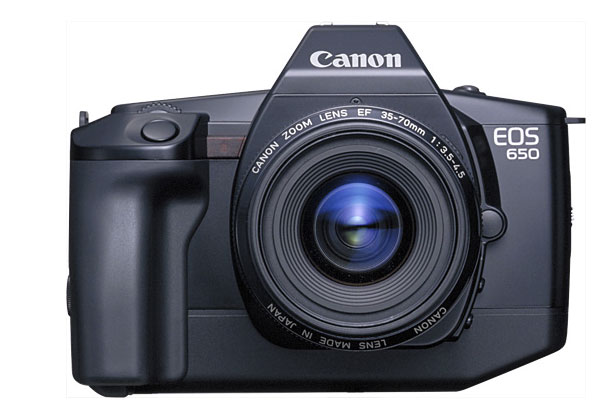 My adventures with AF

After reading so much about the camera and having only touched it briefly in 2013, I decided to try the system myself. As a photographer trying to do, at a slow pace, some video, the experience was, much to my surprise, akin to the one I experienced when AF came out. Although I tried the first Canon camera with AF, the EOS 650 (no D, then, I am afraid), in 1987, it took me a while more to fully accept that things were about to change. I had just bought a T90, to complement my collection of A-1s, AT-1s and FTb cameras using the manual FD lenses, and had no intention to follow what many said was a fad. 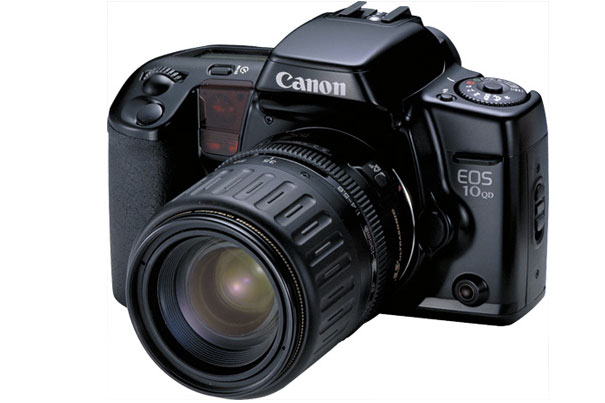 I resisted until the EOS 10 arrived, in March 1990. Although I had tested previous models from Canon, the EOS 10 convinced me and I decided to keep it (it was my birthday…), meaning my almost new T90 – which in fact had not seen many rolls as I had been playing with different EOS models in the period – had an early retirement. I must say I never looked back, and for one good reason: being as blind as a bat, having the camera focus for me made it easy to create the pictures I wanted. I fully embraced AF and the EOS 5 (without a D) was the next step, a camera that allowed me to focus with my eye, something I still miss today.

Well, fast forward, and the experience of testing the EOS 70D for video gave me the same sense of “here is something that I can put to good use”. In fact, although I understand many may want to focus by hand, I rather trust the system for much of what I do, especially when the system seems to work in a reliable way. Not only for me, from what I read around. A lot of people uses the DPAF system, because it is another tool in a videographer’s toolbox. 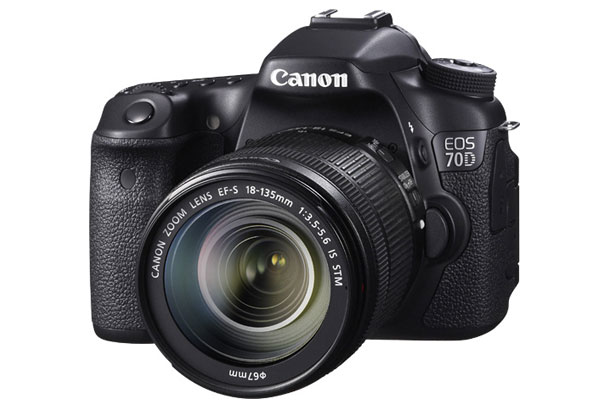 Besides the AF, which makes it easier to capture video than with my EOS 600D, the touch screen was the big revelation for me. Finally, I found a good use for it, I understood how beneficial it can be and now I want it. Maybe Canon has a EOS 80D with DPAF and a tilt-swivel touch screen that I can put into my shopping list. Suddenly the EOS 7D Mark II stopped having the same appeal it had until recently. What this means is that, and we are in 2016, the EOS 70D seems to be what I wrote it would be: the best and cheapest DSLR for video. Multiple articles, reviews and price lists around suggest so.

The web is full of tests of the EOS 70D, so the video I created adds little to what has been shown. But I wanted to share some of the experiences I did, with subjects that interest me. No fast cars or people, just museum artifacts and some statuettes placed in ways to allow to check both the DPAF and the touch screen.

The test allowed me to confirm that STM lenses are better for video. The camera works with other lenses, but the behavior may be different. My trusty 100-400mm lens, the new version, works quite nicely, for example, but the top of the line macro lens from Canon – 100mm – is a bit jumpy, as is the nifty fifty (50mm f/1.8). Still, they do a better job than me focusing manually any of these lenses.

One aspect that pleased me much was the touch screen, allowing to select the point to focus over 80 percent of the frame. I discovered you’ve to support the camera on a steady tripod for things to work properly (well, I guess you knew this) but something else you can check when using it, is the sensitivity level of the touch screen. It can be adjusted so a very soft touch adjusts AF. One aspect that could be better is the speed of the AF adjustment, to create a softer transition between points focused, but that’s something that is already present on the EOS 7D Mark II and will probably make it in newer versions of the system.

Before I close, two last notes, picked from DPReview’s review of the EOS 7D that I think sum it all:

“A lot of people using DSLRs to shoot video, such as documentary filmmakers, frequently don’t have a lot of equipment or a crew. They’re often a one-man show or close to it. For someone like this, a camera that could reliably follow a subject on its own really opens up the types of shots they may be able to get.” They write, along with this: “indie filmmakers or anyone directing the action may find a touchscreen much more useful, particularly the ability to rack focus between subjects using a touch screen in lieu of having a dedicated focus puller.”

Now, to round the whole story, Canon is introducing DPAF on their flagship model, the EOS-1D X Mark II. Next Tuesday, if all information available is correct, the new camera will be officially announced.