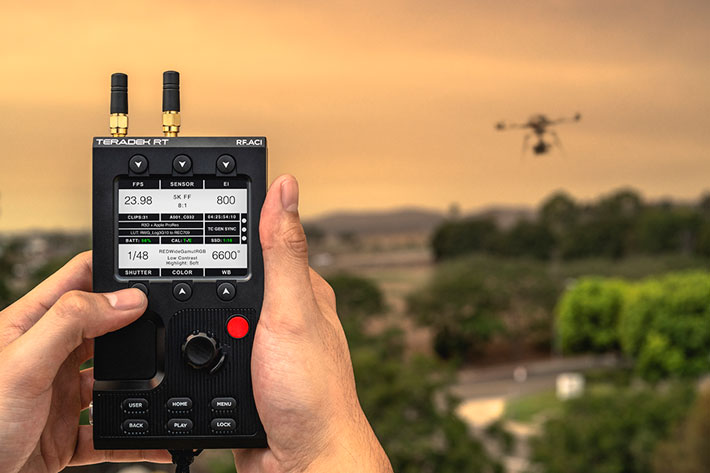 The new Teradek RT ACI or Assistant Camera Interface from Teradek will be available Fall 2018 in three configurations, optimized for all the needs of camera assistants and operators.

Introduced by Teradek at IBC 2018, the new line of modules for the RED DSMC2 ecosystem promises to change the way camera settings on RED cameras are adjusted. The Teradek RT ACI, or Assistant Camera Interface, offers an easy-to-use interface that is navigated by tactile push-button and jog wheel controls, putting an end to the constant need to adjust settings on a touchscreen during production, an operation that can be time-consuming and frustrating. 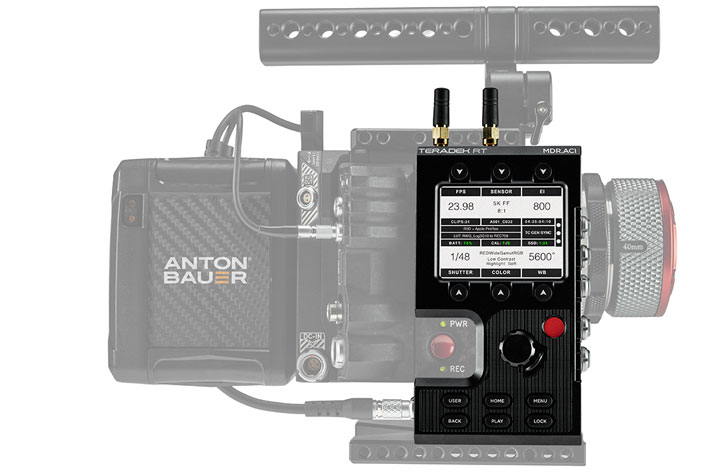 By eliminating this challenge, the Assistant Camera Interface streamlines camera control on RED DSMC2 cameras. ACI offers familiar, tactile button control functionality with a simple, intuitive interface displayed on the module’s LED screen. The module attaches seamlessly to the side of DSMC2 cameras so ACs and operators can make quick adjustments to camera parameters without disrupting the flow on set.  ACI is available as a standalone module, a remote control unit (RF.ACI), and an integrated system with a 3-channel Teradek RT wireless lens control receiver (MDR.ACI). ACI starts at $899.95 and starts shipping Fall 2018. 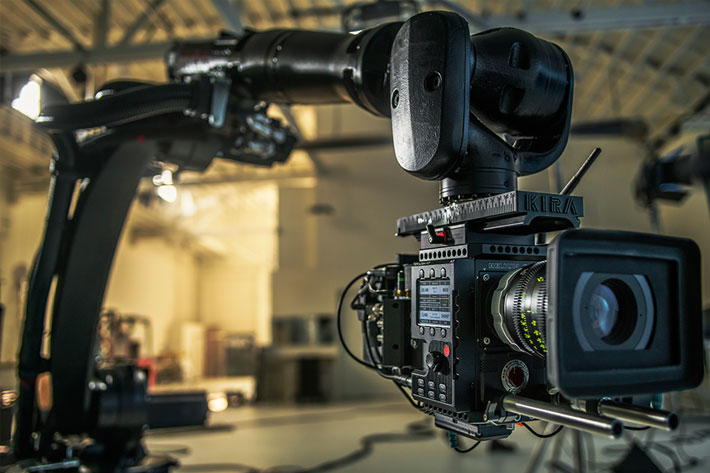 “RED DMSC2 cameras have powerful, deep menus with a significant amount of parameters and options. The Teradek RT ACI was designed to present menus and control features in a way that is optimized for camera assistants and operators who are typically working under extreme time pressure. The RF.ACI and MDR.ACI models add unprecedented long range wireless control leveraging Teradek RT’s RF communication without the reliability issues of WiFi, which is significant for many use cases including DITs, drones, gimbals and cranes”. – Mark L. Pederson, Teradek RT ACI Product Manager.

The .us TLD suffix: pros & cons for your domain 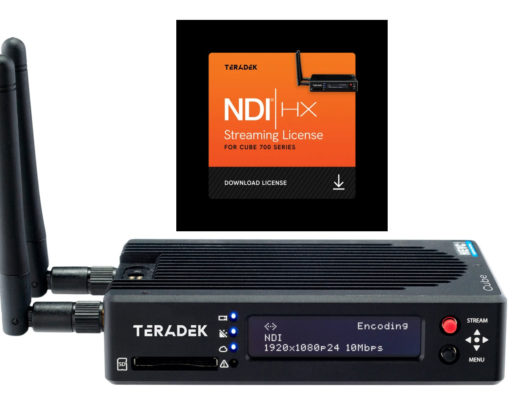 Teradek announced recently the company joins the NDI ecosystem, meaning that owners of the Cube 700 Series Encoders can... 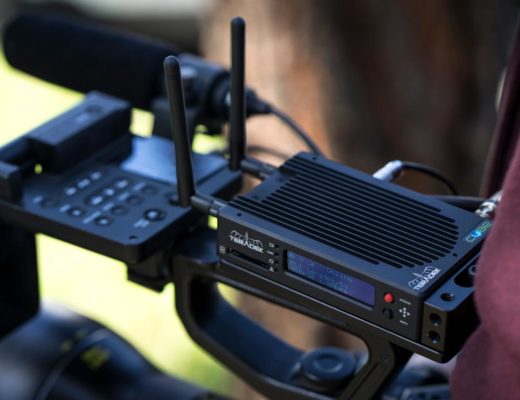 A revolutionary process that is poised to forever transform the way in which production and editorial interact, Frame.io Camera... 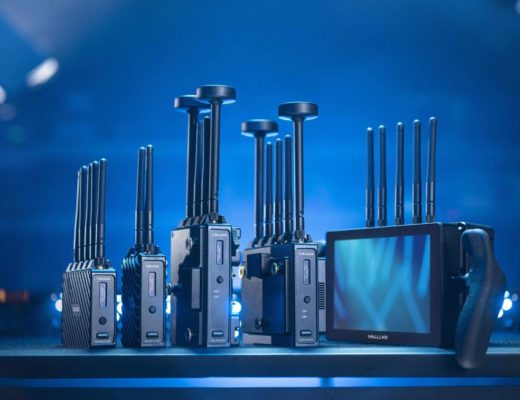 The list of products and companies receiving Scientific and Engineering Awards continues to grow, and Creative Solutions is honored... 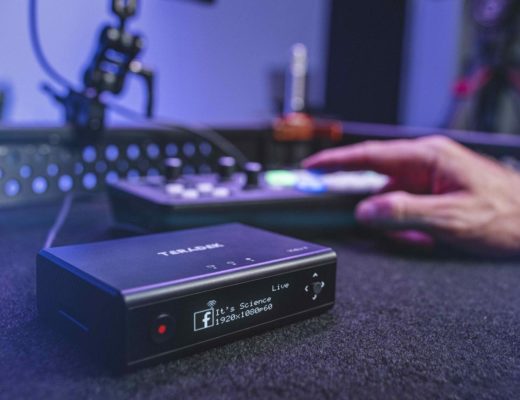