Sony’s new Xperia 1 II smartphone will ship on July 24th in the United States and pre-sales start June 1st  for this device dsegined with videographers and photographers in mind. 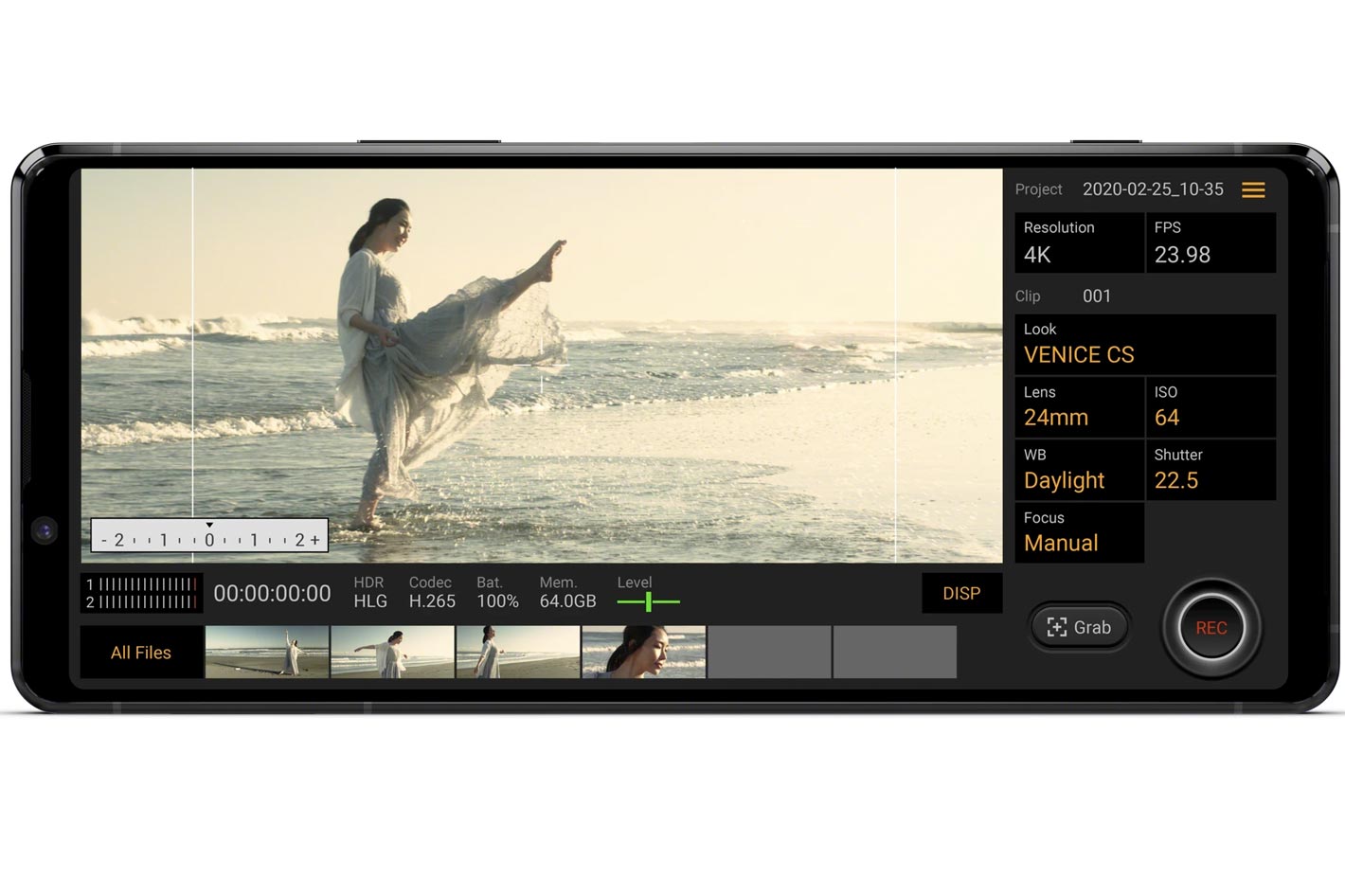 Available in black, with Android 10 pre-installed, the Sony Xperia 1 II is the world’s first smartphone with up to 20 fps continuous shooting capability, and with CineAlta and Alpha technologies inside.

The Xperia 1 II will be available for pre-sales starting June 1st and shipping July 24th unlocked from Sony authorized retailers. Xperia 1 II has a suggested retail price of $1199.99 USD. Pre-order by June 28th to get the WF-1000XM3 wireless noise cancelling earbuds with Xperia 1 II (a $230 value). The new flagship model from Sony leverages even more of the company’s most innovative technologies, breaking new ground in smartphone camera capabilities and elevating the entertainment experience in a mobile device. 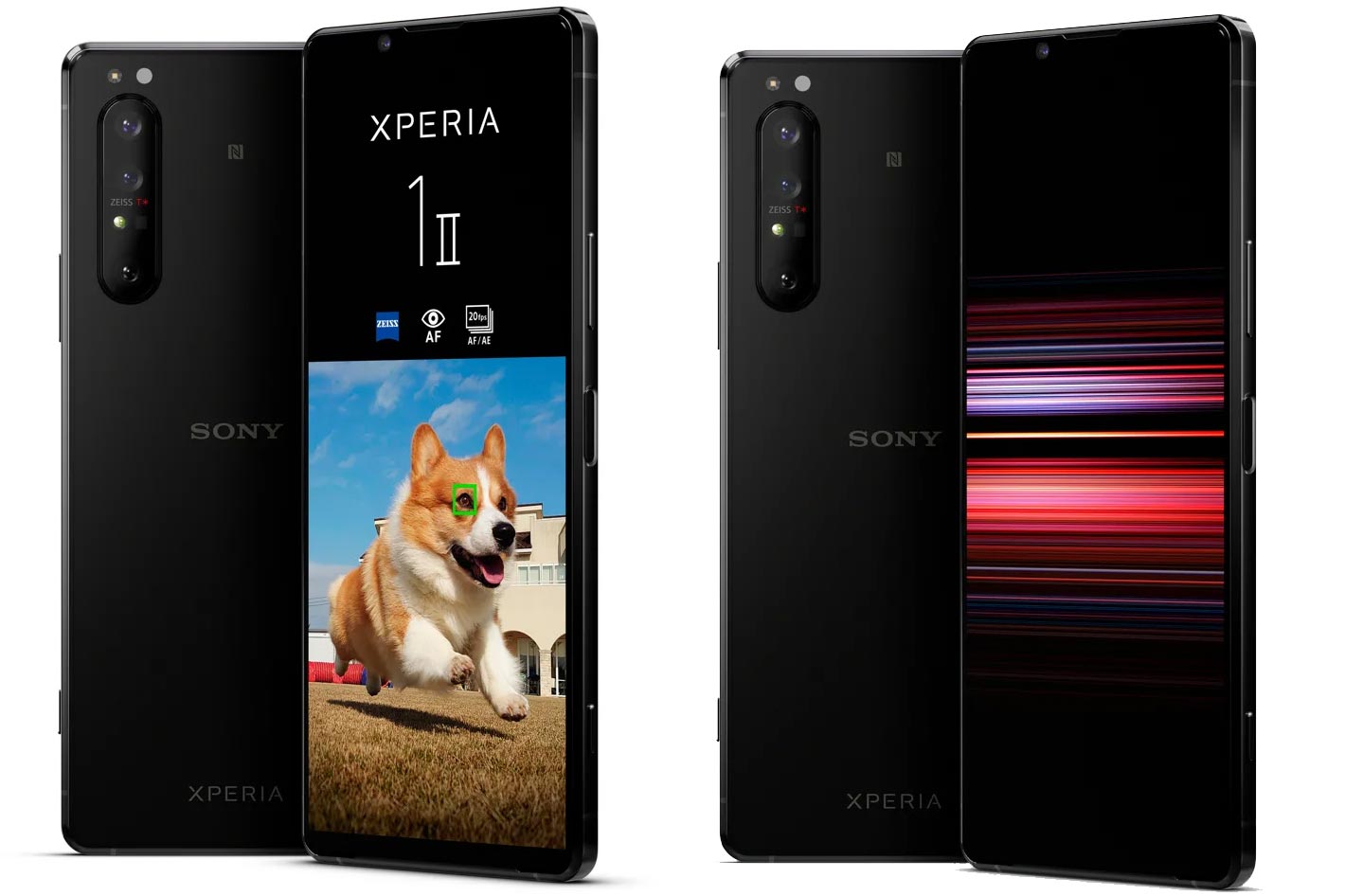 We’ve published most of the information about the Sony Xperia 1 II last February, when the model was announced, but for those who didn’t read the note, here are some of the key features of this new model, which packs inside the case technologies that both cinematographers and photographers know well: for cinematographers it’s the powered by CineAlta, while photographers have technology from the Alpha series of cameras, mainly the 9, included in this new model. 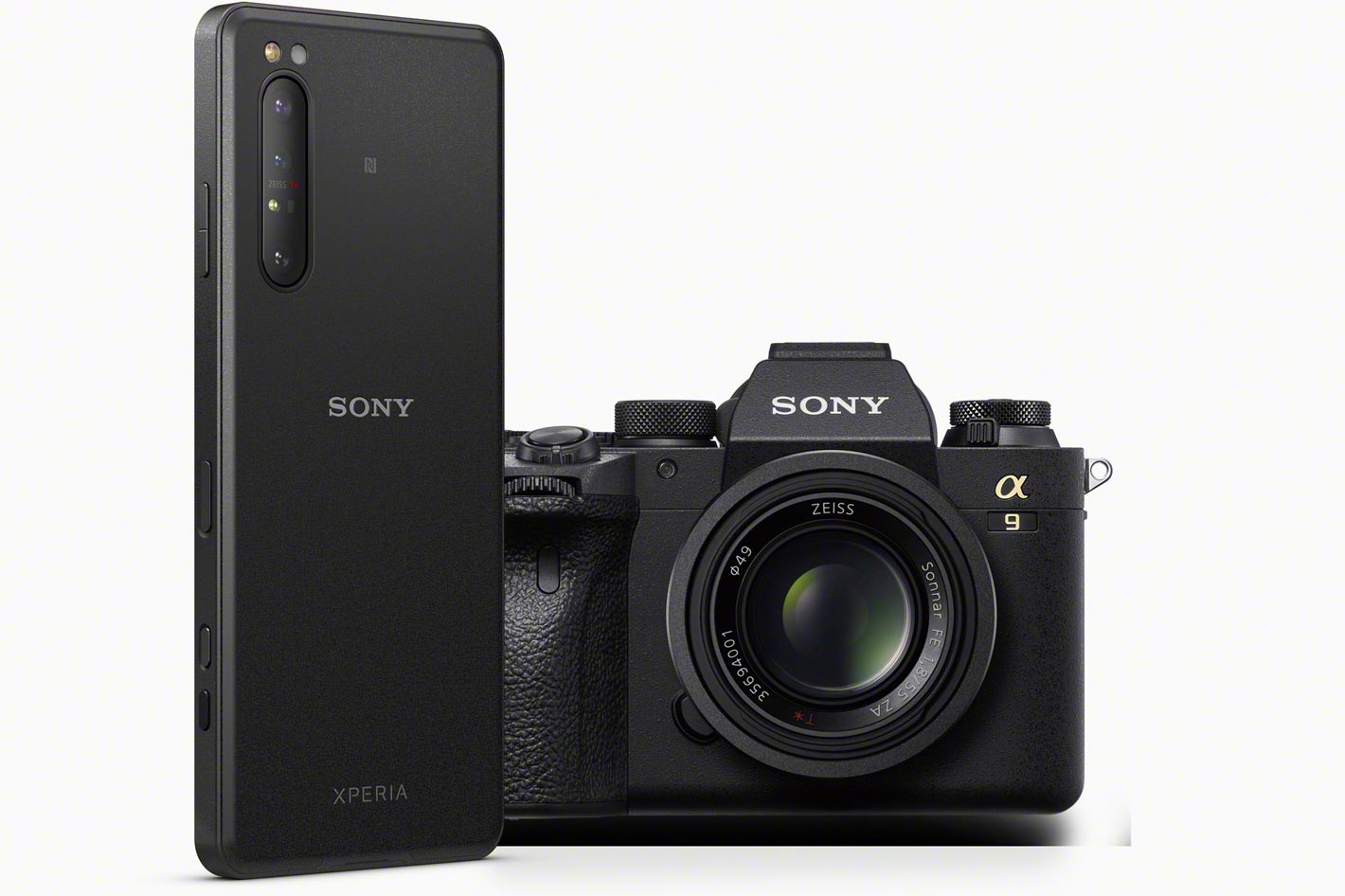 From the Alpha series the Xperia 1 II gets technology that offers continuous autofocus and auto-exposure that performs AF/AE calculations at 60 times per second,  meaning this is the first smartphone in the world to feature AF/AE continuous tracking for high-speed shooting at a maximum of 20 fps. This is especially useful for shooting moving subjects such as children or animals and fast-moving sports. The smartphone includes “Real-time Eye AF“, which locks focus on the subject’s eye for stunning portrait shots, and works for both humans and animals.

The Xperia 1 II has a newly developed triple camera array with focal lengths of 16mm, 24mm and 70mm and supports advanced photo technologies with, says Sony, “outstanding ZEISS optics calibrated specifically for Xperia 1 II, as well as ZEISS T* coating, which contributes to exquisite rendering and contrast by reducing reflections.” 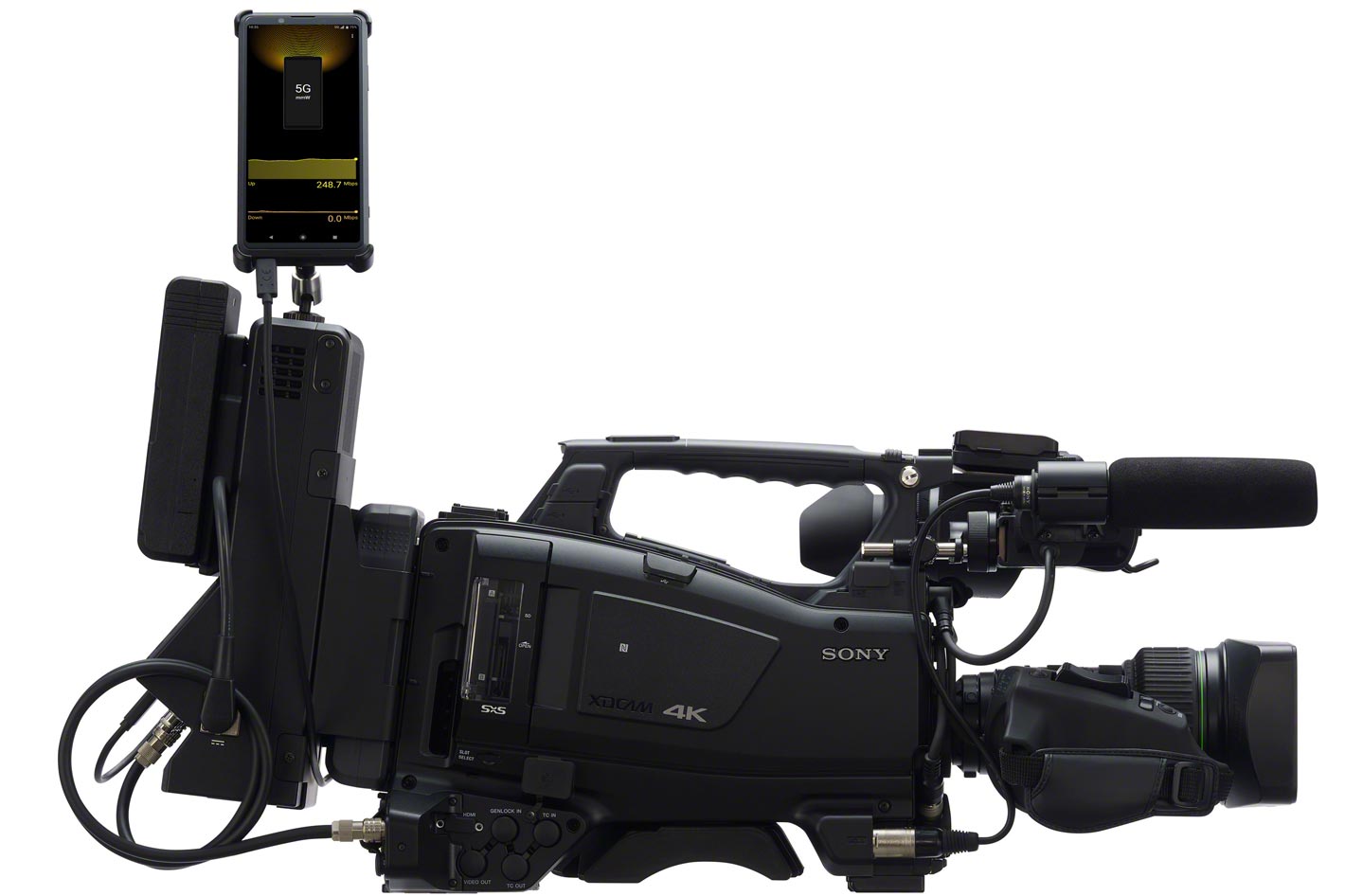 Powered by CineAlta and Alpha technologies

Photographers will appreciate the included Photography Pro function with technology from Alpha, that brings a user interface that is familiar to Alpha cameras, with manual controls to set ISO, shutter speed, burst mode, autofocus area, exposure control and more. It’s not just for stills, as those exploring the video aspects of the smartphone will discover. 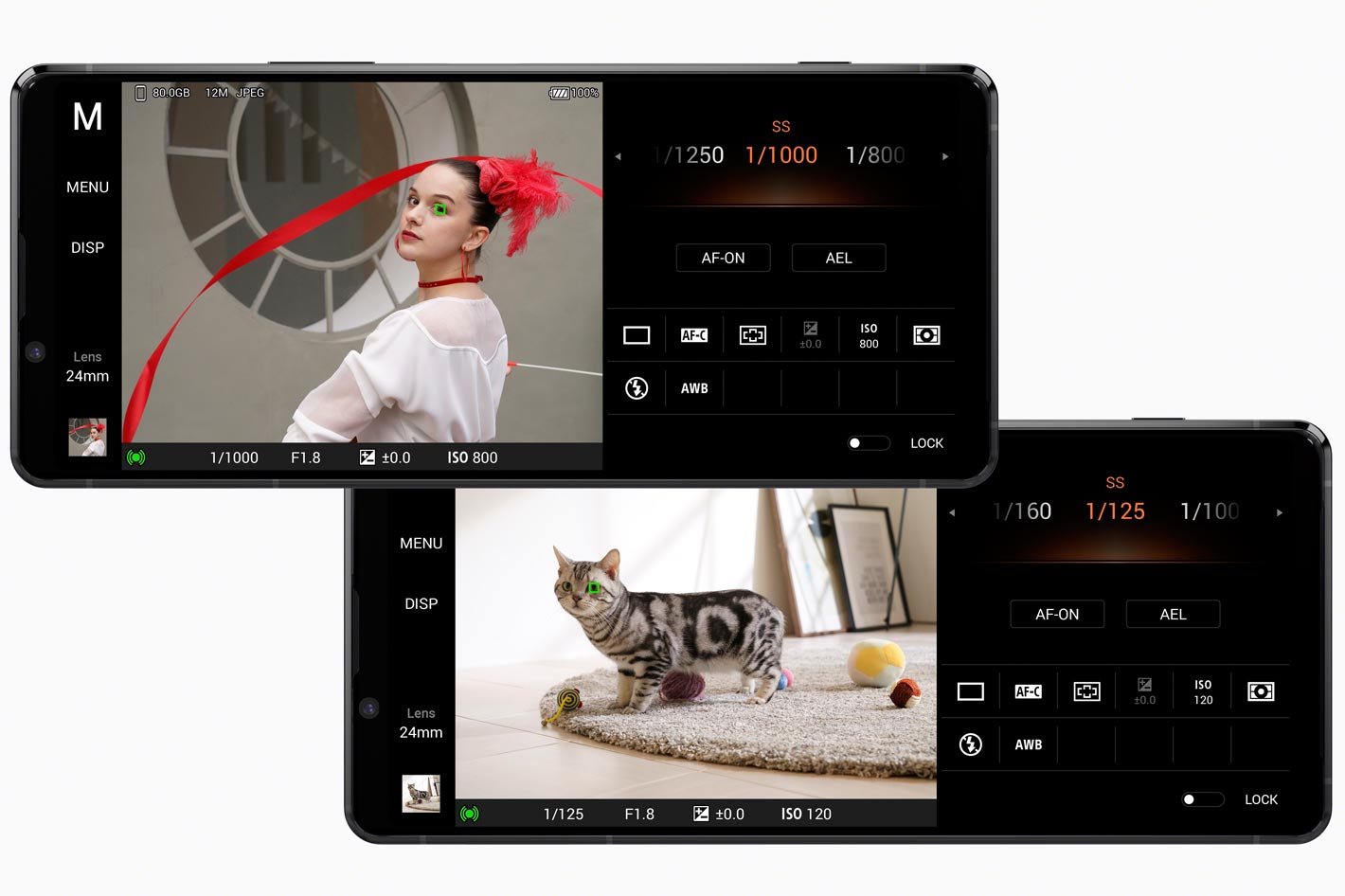 The Sony Xperia 1 II offers enhanced performance and power management, thanks to the Qualcomm Snapdragon 865 Mobile Platform used, which features improved performance and 25 percent faster CPU and GPU performance than the previous model. Powered by a high-capacity 4,000mAh battery with fast charge that charges up to 50 percent in just 30 minutes and features Qi fast wireless charging for a fast battery boost while on the move, the device can “learn” from how you use it. In fact, Sony 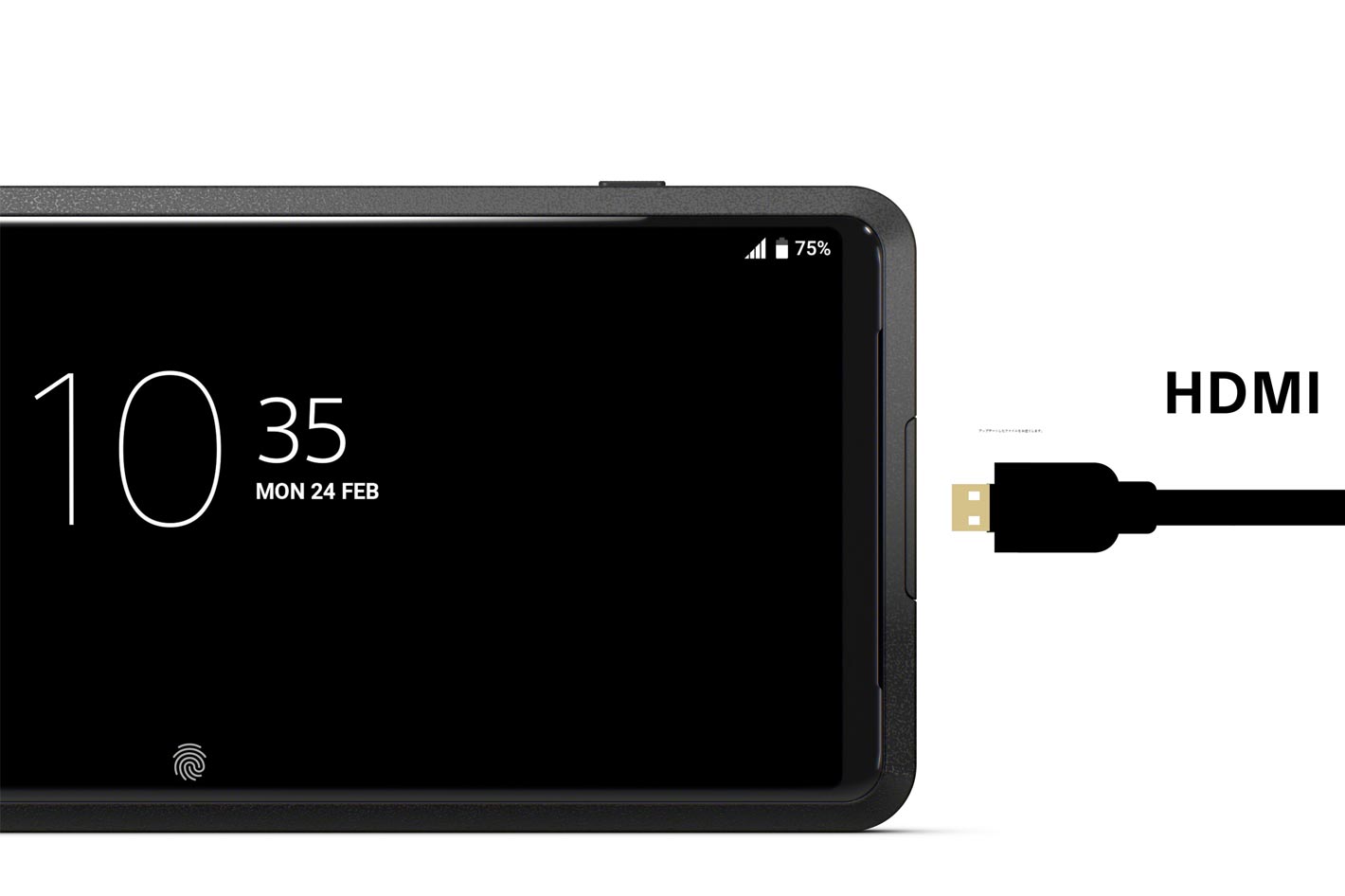 continues to develop battery technologies to improve the lifespan and keep the battery healthier for longer, including AI-powered ‘Battery Care’ that adapts to your personal routine.

The Xperia 1 II is not just a tool for videogaphers and photographers, but a smartphone ofering all the other functions you expect to find in this type of device, be it listenning to music, playing games, watching movies or… using it as a communication device. We’ve covered some of these features in our previoius note, so please check it if you want to know more about the use of Dolby Atmos, how the 6.5-inch 21:9 4K HDR OLED screen display reduces frame lag and other unique features of the new flagship model from Sony.