What I love about this future update is how Sony is committed to expanding the F55, and to a lesser extent the F5 and FS7. The more features Sony adds to these cameras the more those owner/operators stick with these cameras and Sony as a manufacturer… well that’s my opinion for whatever it’s worth.

Will this 4K Raw 120fps be found in a future update to the F5? I know a personal friend of mine, who owns a F5, certainly hopes so. Again, only time will tell. My opinion, again worthless, thinks the F5 might receive a similar update but only well after the F55. I think Sony is interested in keeping a few features reserved to one of its more expensive cameras. Maybe will have the ability to see this update in all of its glory at NAB 2016.

Originally the F55’s recording options were 4K at 60fps at XAVC-I, 60fps at 4K raw via AXS-R5 recorder, 180fps at XAVC-HD, and 240fps at 2K raw on the AXS-R5 recorder. The FS5 does 240fps in HD via bursts as does the FS700. Essentially the update Sony teases will effectively double the 4K raw recording capabilties. I wonder if we’ll see this new technology in future cameras. 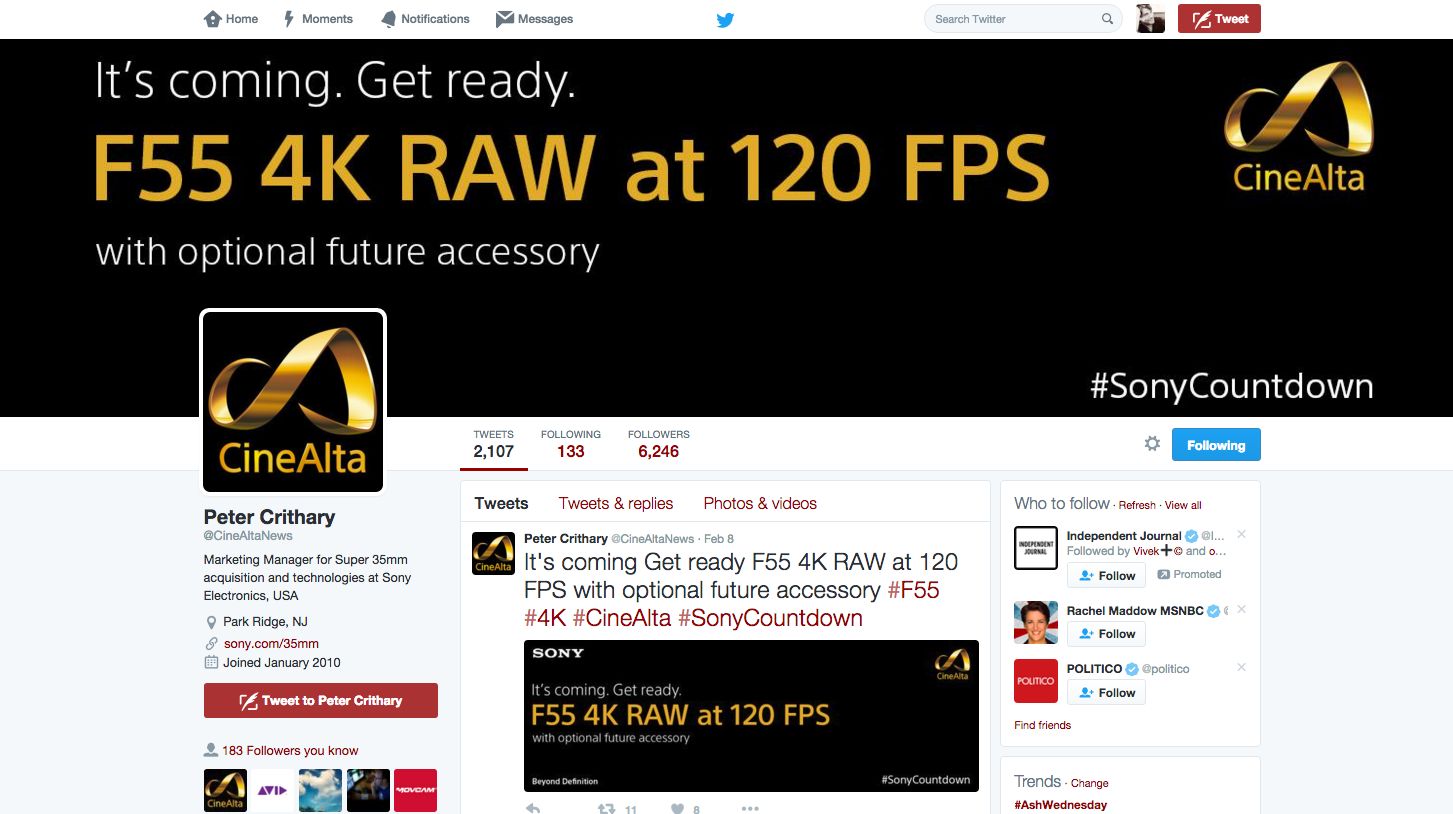