FOX Sports is using Sony’s F55 professional 4K camera to give television viewers a better look at close plays during the 2013 World Series. For each game, one manned F55 camera is positioned high over first base to cover all three bases and home plate.The camera signals are sent over fiber to the game production truck and put through Sony’s BPU-4000 baseband processor unit, allowing FOX Sports to do multiple cut-outs and zooms of 4K images and extract crisp, clear HD images with no pixel degradation.

“There’s more flexibility with 4K content,” said Jerry Steinberg, senior vice president, technical operations, of FOX Sports. “You’re starting with such a high-resolution image and more picture information to work with. Our cut-outs and zooms end up in much higher quality and we can really zoom in on a shot and still get a completely clear image.” 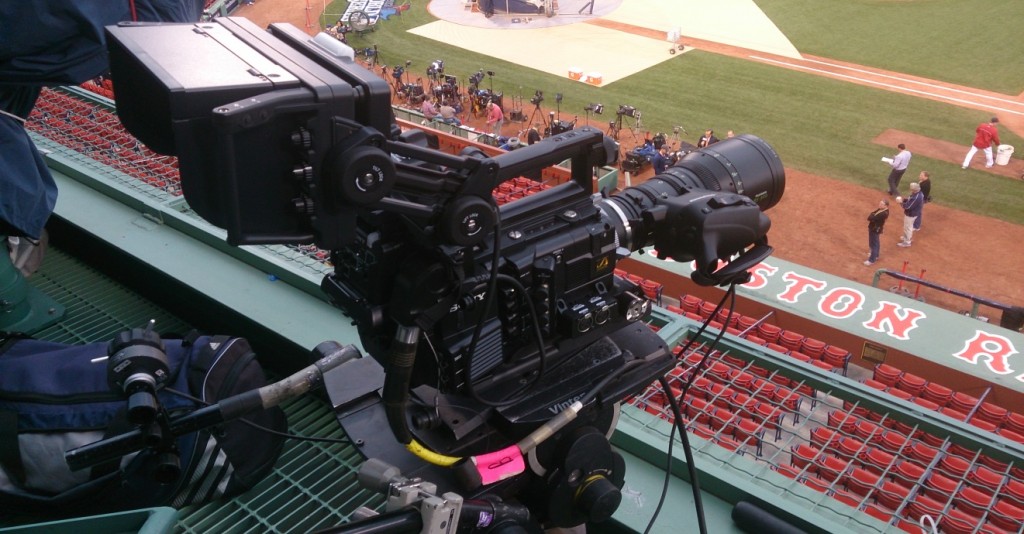 The F55 camera and BPU-4000 unit combine with Sony’s CA-4000 camera control unit to create an easy-to-use system that makes operation similar to HD cameras. Running the Quad HD signal from the camera through the Sony CCU lets operators shade the 4K camera the same way they would with an HD camera.

“FOX’s use of the F55 is a perfect example of how 4K is fast becoming an everyday broadcast reality and a must for television production,” said John Studdert, vice president of strategic sales, Sony Electronics. “The 4K workflow closely resembles what operators are used to doing in HD, and the end result is ultimately a better-looking, more immersive viewing experience.”

FOX Sports has previous experience with Sony professional 4K cameras. For the 2012 NFL season, the network used Sony’s F65 camera for one game each week to capture ultra-high resolution images for its “Super Zoom” technology to get enhanced replays during broadcasts.