Sonnet announced recently the introduction of a new professional dual-slot card reader for CFexpress 2.0 Type B and XQD media with a 40Gbps Thunderbolt 3 interface. 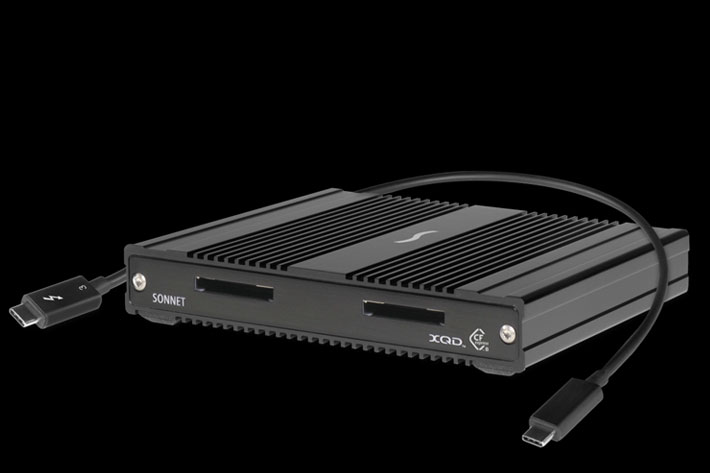 The SF3 Series – CFexpress / XQD Pro Card Reader features dual card slots and a 40Gbps Thunderbolt 3 interface. CFexpress 2.0 Type B is a new, ultra-fast recording media developed to support the requirements of shooting 4K and 6K RAW video and continuous capture of high-megapixel photos. XQD cards have been available for several years and share the same form factor and connector as CFexpress 2.0 Type B media. 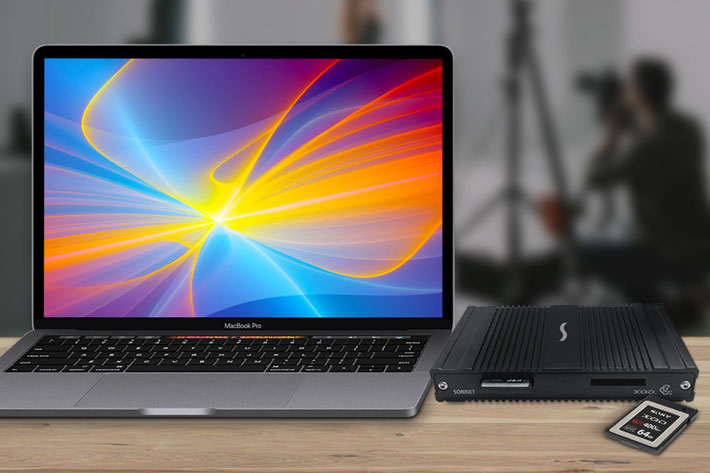 Compatible with Mac and Windows computers with Thunderbolt 3 ports, the SF3 Series – CFexpress / XQD Pro Card Reader ingests footage from CFexpress 2.0 Type B and XQD media at up to maximum supported speeds, says Sonnet. Designed for demanding workflows, Sonnet’s SF3 Series card readers are built with rugged aluminum enclosures and dual Thunderbolt 3 ports. These features enable users to stack and connect up to six readers to their computer in a daisy chain through a single cable, and ingest footage from four, six, or more cards simultaneously. The Sonnet reader is also compatible with older Macs with Thunderbolt 2 or Thunderbolt ports when used with the bidirectional Apple Thunderbolt 3 (USB-C) to Thunderbolt 2 Adapter and a Thunderbolt cable (both sold separately).

Designed to meet the time-sensitive demands digital imaging technicians (DITs), post professionals, and pro photographers face on a daily basis, who need to offload huge files from memory cards in as little time as possible, the Sonnet reader not only delivers, according to the company, better CFexpress card ingest performance than any USB-based reader, it also “can ingest files simultaneously from two CFexpress cards at up to 2,600 MB/s (or two XQD cards at up to 800 MB/s) — cutting ingest times by up to half compared to any USB- or Thunderbolt-based single-slot reader available.” 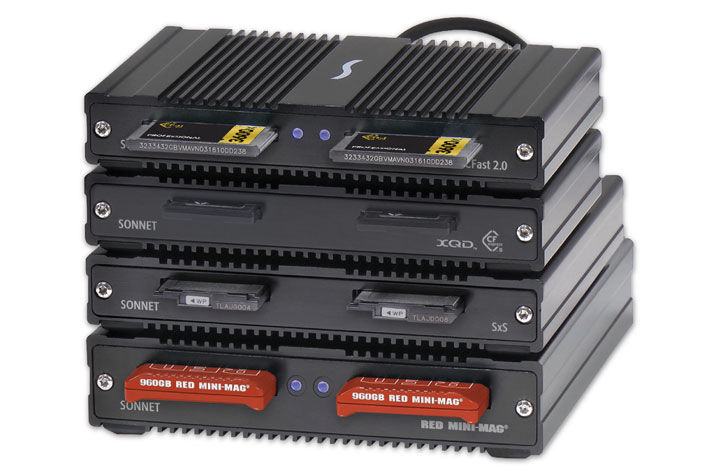 Faster workflow with these card readers

Sonnet’s SF3 Series – CFexpress / XQD Pro Card Reader, notes Sonnet, “is the only dual-slot CFexpress 2.0 Type B card and dual-slot XQD card reader available, and it supports both card types in both slots. For DITs working multicamera shoots or in a small workspace, the ability to stack multiple SF3 Series CFexpress / XQD, RED MINI-MAG, SxS, and CFast 2.0 readers in the same footprint is convenient, while being able to connect them all to a computer through a single cable is game-changing.” 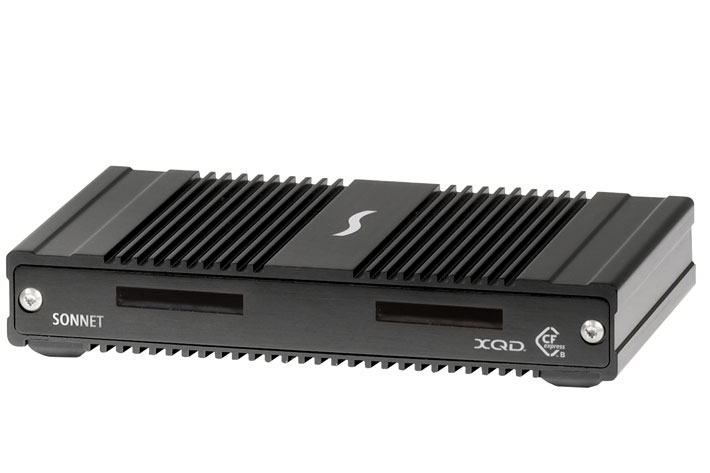 The capability to ingest multiple cards simultaneously means that users can complete the process — without swapping cards — in as little as one-sixth of the time required using single-slot readers. For users who need to mount their gear in equipment racks, Sonnet SF3 Series readers include threaded mounting holes to support installation in a standard rack shelf, enabling side-by-side mounting of two readers in 1U of rack space.

Whether you’re capturing 4K at 60P RAW video footage to CFexpress memory cards, or shooting hundreds of photos in a session and saving them to XQD memory cards, the generated files are huge, and the cards fill up fast. Moving those files to your computer for editing is a must, but if you use the wrong tool, you’ll spend a lot of time waiting around. Get a Sonnet SF3 Series – CFexpress/XQD Pro Card Reader; it’s the ultimate tool for finishing the job fast, says Sonnet. 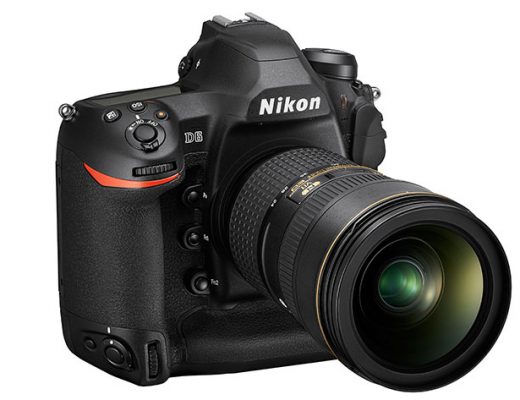 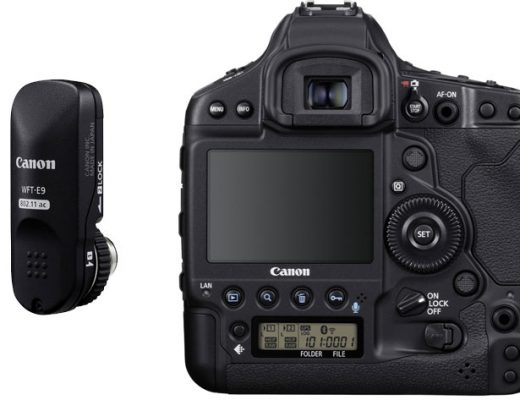 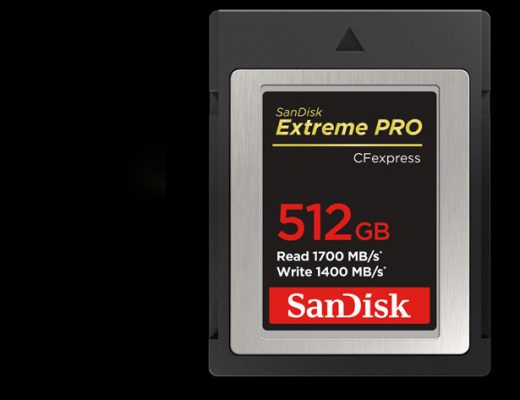 When you’re shooting where the action is, the new SanDisk CFexpress Card Type B unleashes the RAW performance of... 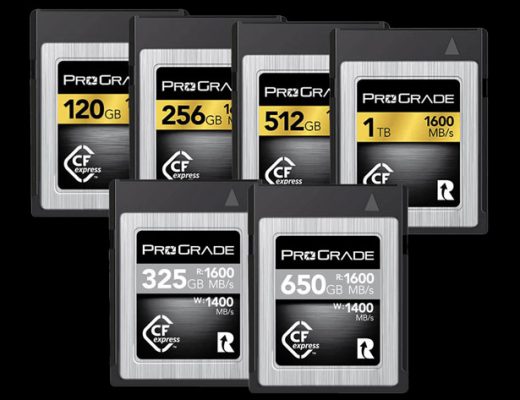