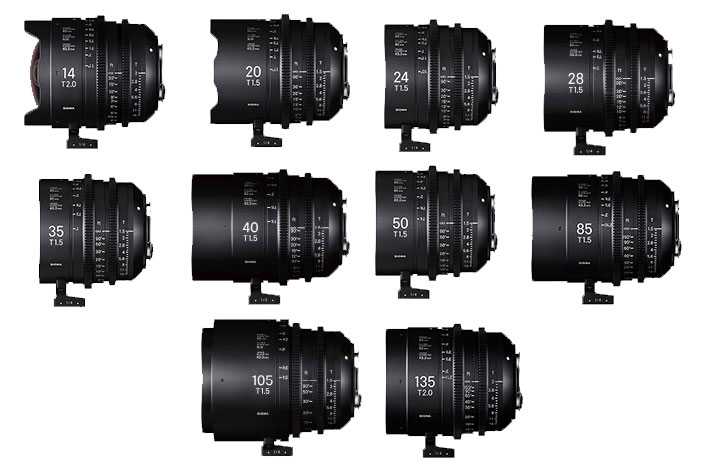 The first batch of SIGMA CINE LENS with  Cooke’s /i Technology arrives in February to the market, but some of the lenses have already been tested in commercial production in Top Gun: Maverick.

If you drooled while viewing the behind-the scenes short film of Top Gun: Maverick, released December 18, 2019, you’re probably not alone. Under the banner “Real flying. Real G-forces. Pure adrenaline.”, the revealing trailer was much more enthusiastically received than the first trailer, from July 2019, and even the December 16 trailer, because it shows not only some of the most exciting air-to-air and cockpit videos of any aviation film, but it also takes audiences behind-the-scenes, to understand what the actors – and the crews – had to go through to make this story happen.

The video released by Paramount Pictures shows how the U.S. Navy cooperated with Hollywood for this sequel to the 1986 original. Not only did Tom Cruise, the other actors and a lot of cameras go onboard the aircraft carriers USS Theodore Roosevelt and USS Abraham Lincoln, they also got onboard the F/A-18E and F/A-18F Super Hornets for the aerial sequences. Yes, actors had to endure some of the most difficult aerial experiences, all to capture the most realistic facial expressions you’ll see in Top Gun: Maverick. Remember, when you see the pilot’s faces in the movie, you’re watching their expressions while flying, even if they were passengers in the backseat.

To capture those scenes, filmmakers installed an array of Sony VENICE cameras – six – inside the cockpit, and the images in the behind-the scenes featurette show what can be achieved with this setup. Director Joseph Kosinski and cinematographer Claudio Miranda have taken the concept of filming inside a cockpit to a whole new level, and the result is likely to make Top Gun: Maverick something special in terms of aerial filming. As Jerry Bruckheimer says, “ an aviation film like this has never been done and the chance is that it will never be done again”.

The Sony VENICE, which is IMAX certified, was the only camera used in the new Top Gun, confirmed cinematographer Claudio Miranda to PVC. Many of the aerial sequences were shot using the SHOTOVER Camera F1 RUSH, a customized gyro-stabilized camera system designed for high-speed aerial cinematography, mounted on an Aero L-39 Albatros jet owned by CineJet and Helinet Aviation. The dynamic scenes  were captured under the direction of Aerial Coordinator Kevin LaRosa II, Helinet Aviation VP of Aerial Film Production. As PVC suggested months ago, an aerial system based on the SHOTOVER system was used. 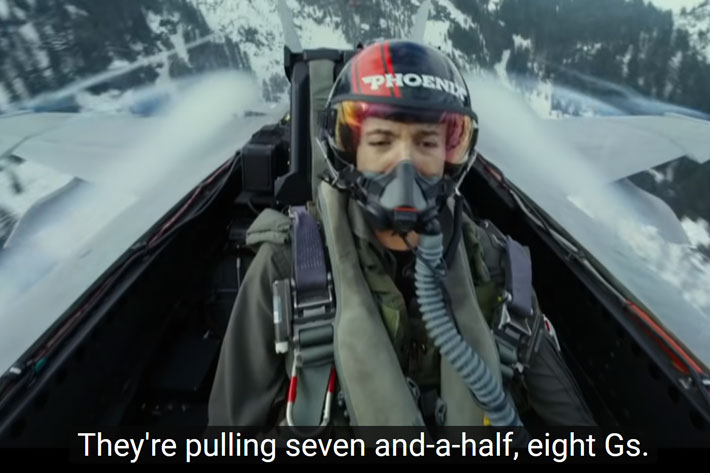 Prototypes of the new SIGMA lenses were also used for shooting “Top Gun: Maverick”,  along with many other lenses, an initial rumor that was confirmed by an early comment from cinematographer Claudio Miranda. SIGMA is keen to use the information as a a piece of its marketing for the new lenses. When you visit SIGMA’s website, the new Top Gun film is already added to the list of Shot on SIGMA.

By using an /i Technology-compatible cine lens with a cine camera that supports the same protocol, users can see and record lens metadata such as focus distance, focal length, and aperture. This helps streamline compositing in the post production process. This is particularly suitable for the latest forms of filmmaking, such as VFX, that call for detailed shooting data.

For SIGMA customers who has already purchased a SIGMA PL mount lens, Mount Conversion Service is available to convert the lenses to /i Technology-compatible PL mount. In order to apply for the service, those interested should contact their nearest authorized SIGMA subsidiary or distributor. 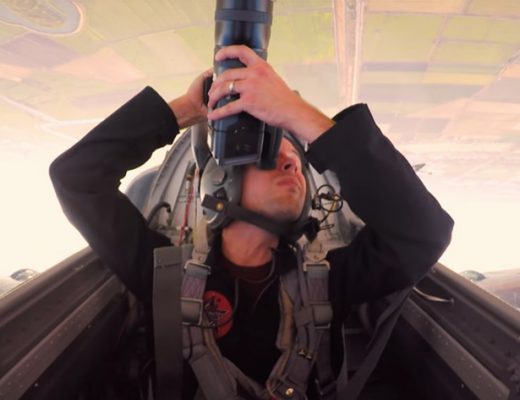 The Top Gun sequence showing Maverick and Goose taking a picture of a surprised MIG pilot was recreated with...