The picture mode that wants to bring the theater viewing characteristics to TV’s will be officially launched at CES 2020. Expect to see new TVs from LG Electronics, Panasonic or Vizio featuring the tech. 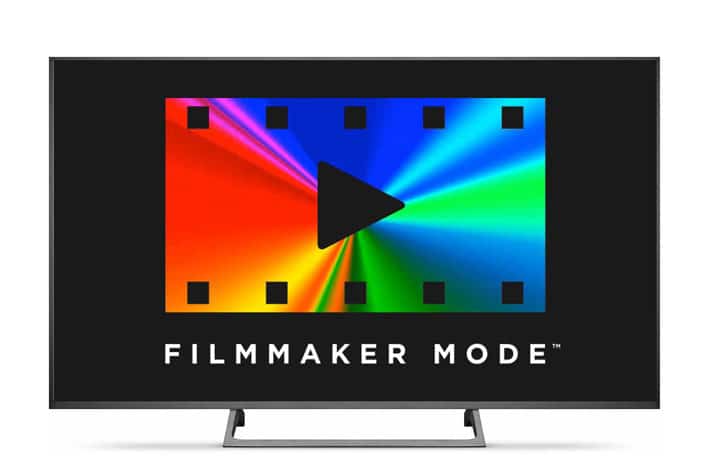 Tom Cruise wants you to watch the next Top Gun at home as if you were in the theater, so he helped to define the new “Filmmaker Mode” for TVs, which will be one of the highlights at CES 2020.

“I’m taking a quick break from filming to tell you the best way to watch Mission: Impossible Fallout (or any movie you love) at home.”, wrote Tom Cruise on his Tweeter feed back in December 2018. The actor was involved, at the time, with the effort from the UHD Alliance to bring together filmmakers, CE companies and Hollywood studios for new “Filmmaker Mode” a new viewing mode for watching movies and episodic TV the way it was intended by the filmmaker, and not filtered through the post-processing (e.g. motion smoothing, etc.), that is present in most modern TVs. 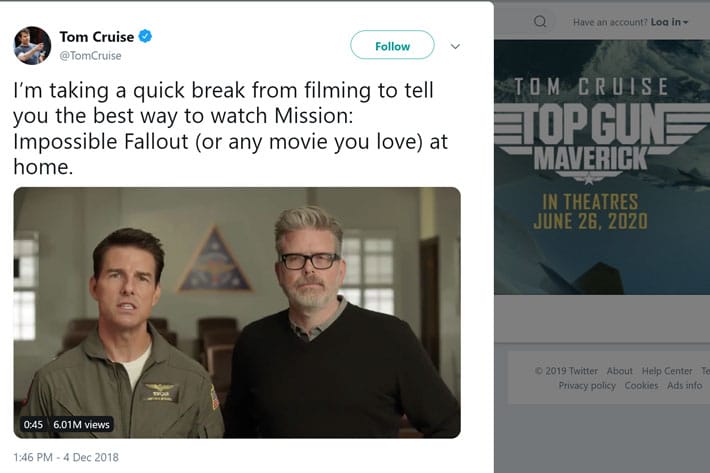 The idea is not new, and the promise has been there for a long time now. Looking at the menus on my old Panasonic Viera, from 2008, I find two modes for movie watching; Cinema, and THX, along with Dynamic, Normal and Game modes. In fact, the idea of fidelity to the original is not new, but something that can be traced back to as far as 1982, when George Lucas, after the debut of Star Wars Episode V: The Empire Strikes Back,  decided to hire audio scientist Tomlinson Holman and brief him “to examine and improve film audio throughout the entire production chain from Set to Theater.” 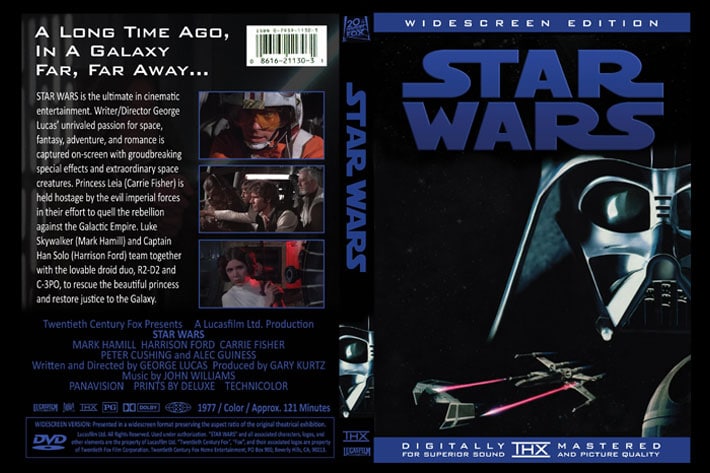 Star Wars, George Lucas and the birth of THX

It was the starting point for an adventure that led to the creation of a certification program to help every artist deliver their truest vision to their audience. The new born THX (or Tomlinson Holman’s eXperiment) was made available to audiences with the release of Lucas’s next film “Star Wars Episode VI: Return of the Jedi” in 1983. In the 37 years since its inception THX has progressed beyond cinema certification and now certifies consumer electronics, content, automotive systems, and live entertainment, following the founding mission of delivering the artist’s true vision. 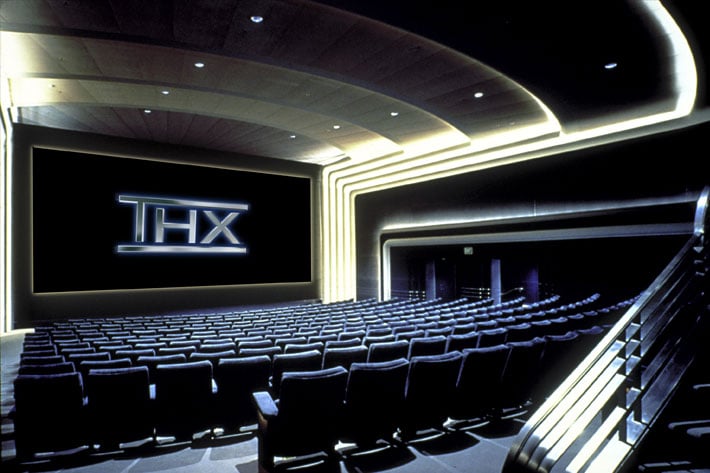 THX is a certification that is gained through both audio and video outputs via rigorous industry standard testing and has been an essential factor in the AV world for decades! Different companies have also researched solutions to make their TVs better, and one such example is Panasonic. Since 2017 the company has worked with Stefan Sonnenfeld, founder and CEO of Hollywood’s Company 3, to ensure that the technical accuracy of its OLED TVs matches the filmmaker’s creative intent. Under the name Hollywood to your home, Panasonic’s premium OLED televisions are both tuned and used by Hollywood experts as part of the post-production picture sign-off process, so that you can experience cinema picture quality in your home.

Current TVs use advanced video processing capabilities to offer consumers a broad range of options in viewing various types of content, ranging from sports to video games. Filmmaker Mode will allow viewers to enjoy a more cinematic experience on their UHD TVs when watching movies by disabling all post-processing (e.g. motion smoothing, etc.) so the movie or television show is displayed as it was intended by the filmmaker, preserving the correct aspect ratios, colors and frame rates. 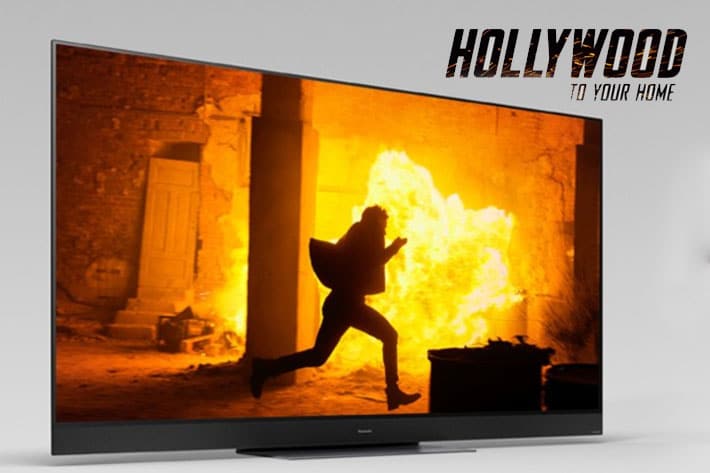 Despite all these efforts, the truth is that most viewers never see movies in their TVs the way the director intended. The advanced video processing capabilities created to offer consumers a broad range of options in viewing various types of content, ranging from sports to video games, are present, but TVs rarely can read and display movies and episodic TV appropriately, or respecting the filmmaker’s original vision.

Announced last August but with the official launch to happen at CES 2020, “Filmmaker Mode” heralds a new era that will allow viewers to enjoy a more cinematic experience on their UHD TVs when watching movies by disabling all post-processing (e.g. motion smoothing, etc.) so the movie or television show is displayed as it was intended by the filmmaker, preserving the correct aspect ratios, colors and frame rates. At the forefront of that change are companies as LG Electronics, Panasonic or Vizio, that will present their first models with the picture mode at CES 2020.

“When Paul Thomas Anderson, Ryan Coogler, Patty Jenkins, Martin Scorsese, and Christopher Nolan reached out to the UHDA about extending the cinematic experience into the living room, we were eager and ideally situated to engage in the conversation,” said UHD Alliance Chairman, Michael Zink of Warner Bros. “The Ultra HD TVs from supporting CE members are capable of delivering a range of viewing options and the addition of Filmmaker Mode for cinematic content, which is based on input from a broad range of preeminent filmmakers, provides a way for consumers to better experience the filmmaker’s vision.” 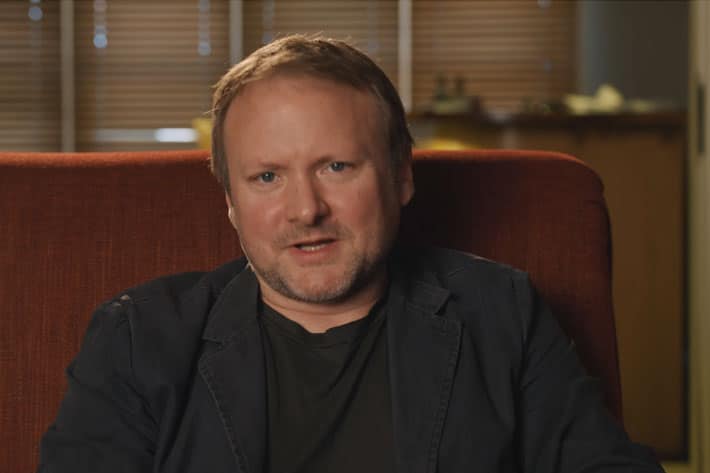 “The thing that sets Filmmaker Mode apart is it will be a pure, clean expression of what the movie was meant to look like when it was made,” said Rian Johnson, director of Star Wars: The Last Jedi and Knives Out, last August, when the initiative was first announced by the UHD Alliance.

“Modern televisions have extraordinary technical capabilities, and it is important that we harness these new technologies to ensure that the home viewer sees our work presented as closely as possible to our original creative intentions,” said Christopher Nolan, the celebrated director of such acclaimed films as Dunkirk, Interstellar and the Dark Knight Trilogy. “Through collaboration with TV manufacturers, Filmmaker Mode consolidates input from filmmakers into simple principles for respecting frame rate, aspect ratio, color and contrast and encoding in the actual media so that televisions can read it and can display it appropriately.”

While studios and CE manufacturers have long worked in concert to deliver new entertainment technologies and experiences to consumers, as document earlier in this text, Filmmaker Mode marks the first collaboration to add leaders in the creative community to the mix.

“I care deeply about how cinema is experienced at home because that’s where it lives the longest. That’s where cinema is watched and re-watched and experienced by families,” added Ryan Coogler, director of Black Panther and Creed. “By allowing the artists in the tent to help consult and give feedback to the electronics companies on Filmmaker Mode, we can collectively help make the consumer’s experience even more like it is in the cinema.” 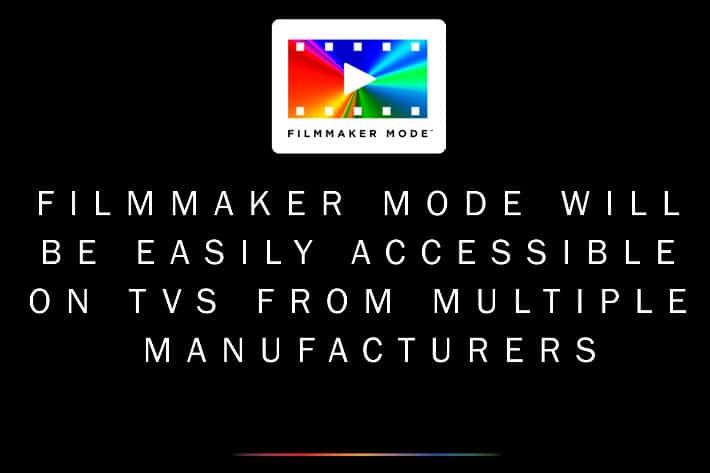 Notably, unlike some picture modes which may require the user to enter one or more menus to find and select, Filmmaker Mode will be activated either automatically, through metadata embedded in the content, or through a single button which enables the consumer to activate Filmmaker Mode without moving through multiple menu levels. Further, to make finding displays that can display content in Filmmaker Mode, the name and settings will be consistent across multiple TV brands.

“With all the advances in today’s televisions, now is a great time to introduce Filmmaker Mode. It’s just impossible to ignore what the technology can do,” noted Paul Thomas Anderson, director of such films as There Will Be Blood and Phantom Thread. “We can use these capabilities to preserve the intent of the filmmaker, preserve the purpose of the art.”

In addition to consolidating feedback from filmmakers, studios and CE manufacturers, the UHDA engaged the broader creative community by polling their members to identify priorities. As part of the specification development process for Filmmaker Mode, the UHDA worked with and solicited input from the Directors Guild of America and The Film Foundation. 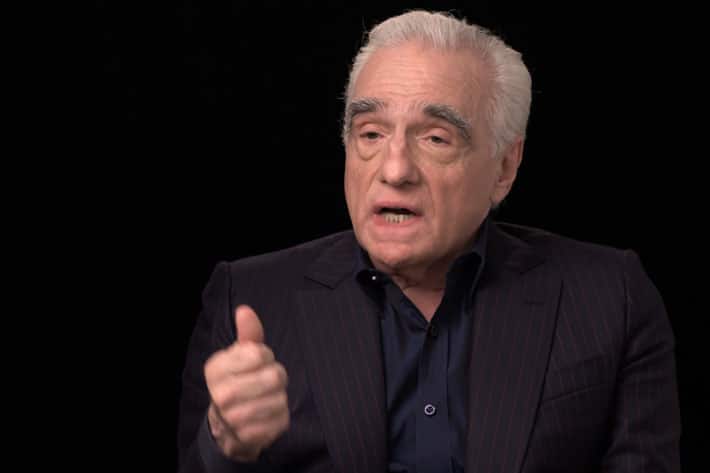 “I started the Film Foundation in 1990 with the goal to preserve film and protect the filmmaker’s original vision so that the audience can experience these films as they were intended to be seen,” noted celebrated director, Martin Scorsese. “Most people today are watching these classic films at home rather than in movie theaters, making Filmmaker Mode of particular importance when presenting these films which have specifications unique to being shot on film.”

“Every day on set, we make hundreds of decisions about how to present and tell our story. No one decision makes or breaks a film, but there’s a cumulative effect that results in a film that looks and feels the way we envisioned it,” offered Wonder Woman director, Patty Jenkins. “As a filmmaker, I want to see…and think viewers want to see…that vision carried through to every possible viewing environment. Filmmaker Mode makes it possible for all those choices to be seen in the home.” 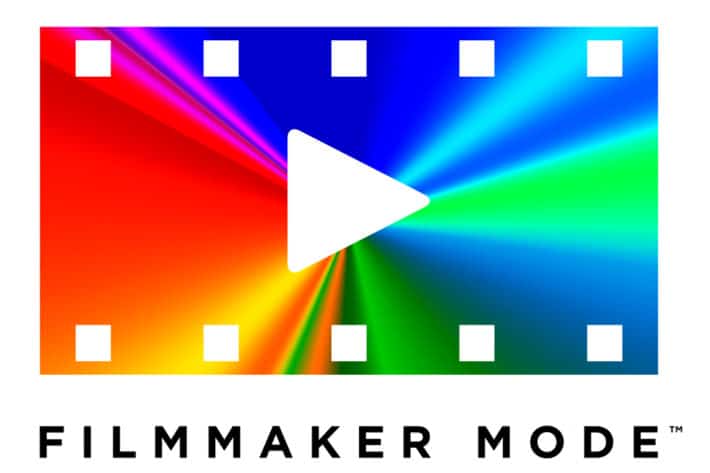 Universal and Amazon behind Filmmaker Mode

Amazon Prime Video, Warner Bros. and Universal are also supporting Filmmaker Mode.  Jim Wuthrich, President, Worldwide Home Entertainment and Games for Warner Bros. said “We are thrilled to support our filmmakers in bringing Filmmaker Mode to these televisions to better preserve and deliver their creative vision to the home”, and BA Winston, Global Head of Digital Video Playback and Delivery at Prime Video added “Filmmaker Mode gives our customers an automatic way to experience cinematic entertainment from the comfort of their homes, and creators the assurance their work is viewed as it was intended to be seen.”