Shutterstock announced the company plans to build its first brick-and-mortar library, which will be the largest modern stock library, bringing back the nostalgia of the 80s image banks. 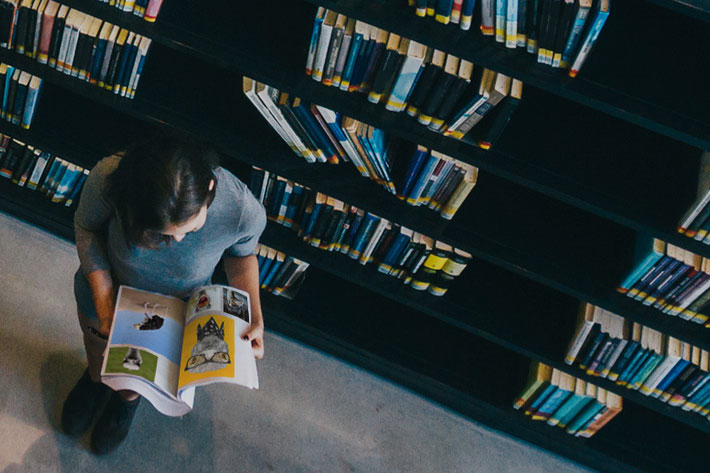 The enormous structural plans for the new Shutterstock library allow for the housing of over 250 million volumes of water-marked imagery, 27 metric tons of film reels and shelves of music cassettes.

Shutterstock announced on this first day of April the company’s plans to build and open its first brick-and-mortar stock library. The library will house over 250 million volumes of imagery, a full floor showcasing over 14 million reels of film, and a listening bay where visitors can enjoy over 20,000 music tracks.  All content will include the renowned Shutterstock visual and audio watermarks.

For those of us old enough to remember the excitement of entering an old image bank this is good news and it brings a bit of nostalgia. Having lived for over three decades in close contact with the archival areas of newspapers and magazines, and having worked with agencies as New York’s FPG – Freelance Photographers Guild in the eighties, besides visiting regularly The Image Bank offices in Lisbon, when the international network was launched, I saw the industry move from the film strips, contact sheets, printed photos and transparencies to digitized archives. 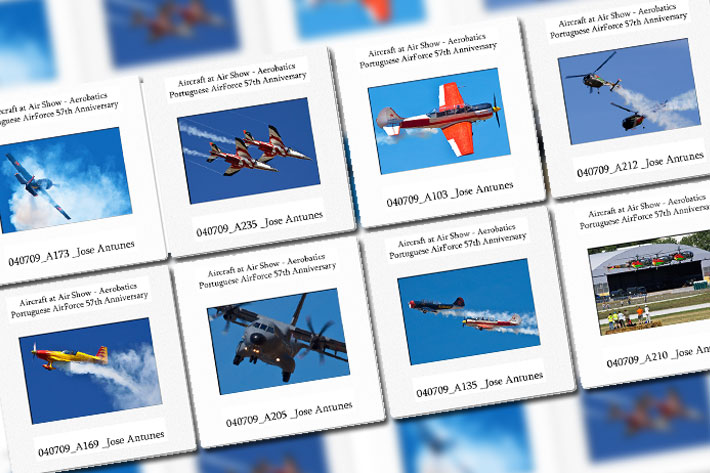 The Image Bank, Cradoc Caption Writer and the future

As technology allowed it, we moved from the warehouse like spaces, some looking  similar to the Hangar 51 in Raiders of the Lost Ark, where sets of images would sometimes vanished to never be found again, to digitized images or digital capture images kept in computer hard drives and made easy to search through the use of keywords. Photographers like me, shooting slides, were happy to stop using cumbersome small labels, first hand-written and later printed used software like Cradoc Caption Writer, to identify transparencies, before sending them to the image libraries, accompanied by an Excel document with the keywords identifying the whole batch sent at a time.

The Image Bank was one of the first agencies to embrace new technologies, and by the time Getty Images acquired it, two decades ago, the whole library of TIB’s Film Division, representing more than 1500 photographers and illustrators and over 200 cinematographers, was 100% digitized and searchable. While image libraries like TIB come from the past and evolved to use modern archival solutions, a library like Shutterstock, which was founded in 2003, is born in a digital world and does not have the need for physical space to keep millions of photos, illustrations, video clips or music tracks. So, it’s rather interesting to announce that Shutterstock is bringing back some of the nostalgia – and chaos – of old style brick and mortar image libraries. 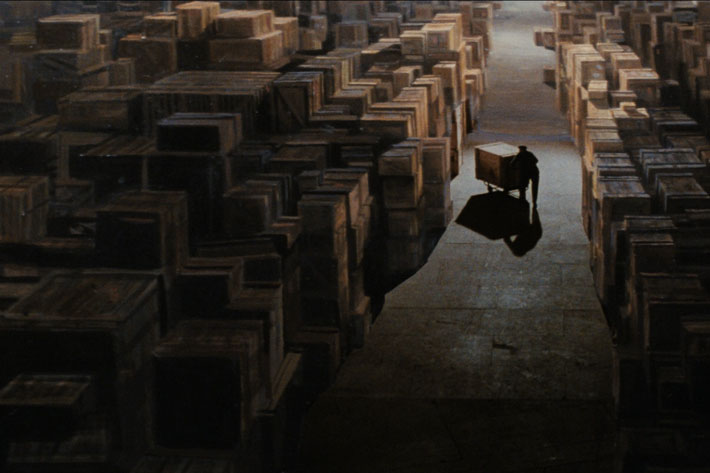 According to the information provided by Shutterstock, “the library will house over 250 million volumes of imagery, a full floor showcasing over 14 million reels of film, and a listening bay where visitors can enjoy over 20,000 music tracks.  All content will include the renowned Shutterstock visual and audio watermarks.”

“Just as leading digital companies like Amazon and Warby Parker have created immersive brick-and-mortar experiences to complement and integrate with their web and mobile versions, Shutterstock today joins their ranks,” said Jon Oringer, Founder and CEO of Shutterstock.  “Our research has shown that to ensure that we’re delighting people at every step of the customer journey, there are parts of the experience that need to be in the physical world. We want to serve our customers in an omnichannel way, because that’s what customers expect. Sometimes innovation means moving backwards, bringing the digital world into the real world.” 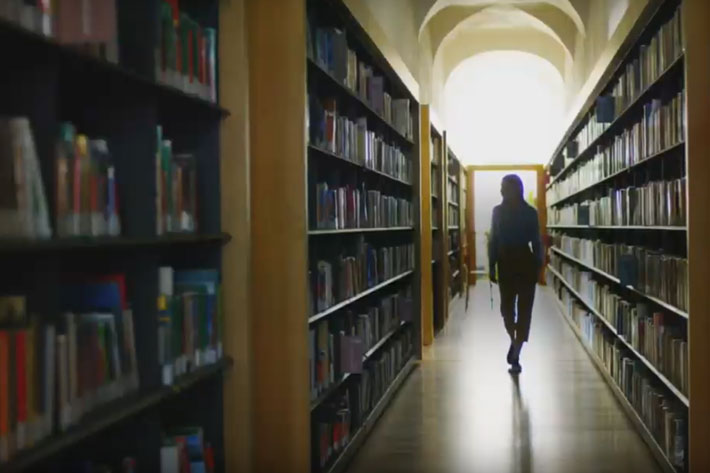 The structure that will house the library will be designed by the world-renowned Belgian architect, Alexandria VonPixel, who is known for her extravagant cathedrals including the Citadel de Fotografia in the Maldives. Construction of the building is slated to commence in 2020 in Brooklyn, NY and the confirmed architectural plans make it the world’s largest physical library. The enormous structure will feature a modern design and enough space to house over 250 million volumes of water-marked imagery and over 14 million film reels as well as miles of shelves stacked with thousands of cassette tapes, holding over 6,476.4 hours of music.

Despite the fact that this is an old style brick and mortar solution, some next-generation and futuristic technologies will be applied. Librarians will be replaced by first of-their-kind AI-powered robots, Cyanotypes, who will quickly search the extensive card catalog to help direct patrons to the image, video or music track of their choice. With the help of the Cyanotypes, the building will be open seven days a week, twenty-four hours a day. 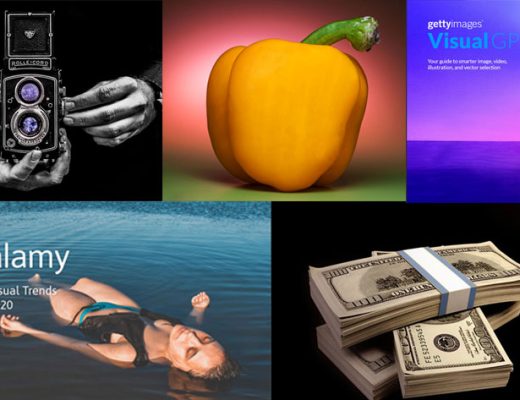 If you’re a photographer stuck at home due to COVID-19 and feel that there is nothing you can do,... 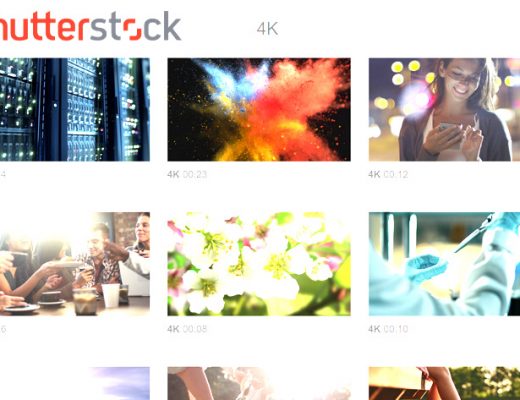 The market for 4K video is growing and Shutterstock rapidly adapted to the needs of creators and clients. The... 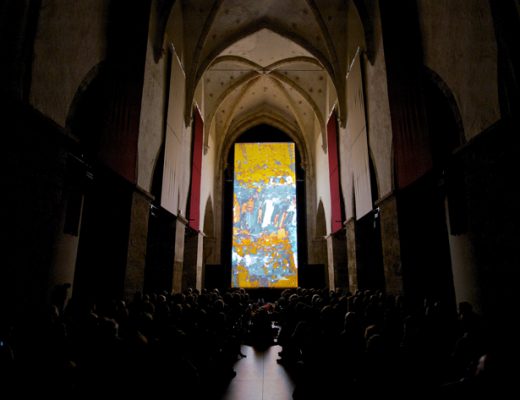 Different categories of video and advertising have embraced the vertical format since 2013. If you can adapt to work...