Color and light have a huge impact on the art of filmmaking. They set the mood and tone (no pun intended!) of a scene, and guide our experience of the story. To illustrate this phenomenon, we caught up with Jason Levine (@Beatlejase) and asked him to use the all-new mobile app, Adobe Hue CC, to capture three custom Looks and apply them to the same set of video clips using Adobe Premiere Clip to see how creative looks alter the feel of a piece.

This post is part of a series where we challenge filmmakers to transform the atmosphere or feel of a short video clip, by using custom Looks created with Adobe Hue CC. Show us what you can do with the same footage by downloading it here.

Color and light have a huge impact on the art of filmmaking. They set the mood and tone (no pun intended!) of a scene, and guide our experience of the story. To illustrate this phenomenon, we caught up with Jason Levine (@Beatlejase) and asked him to use the all-new Adobe Hue CC to capture three custom Looks and apply them to the same set of video clips using Adobe Premiere Clip to see how creative looks alter the feel of a piece. 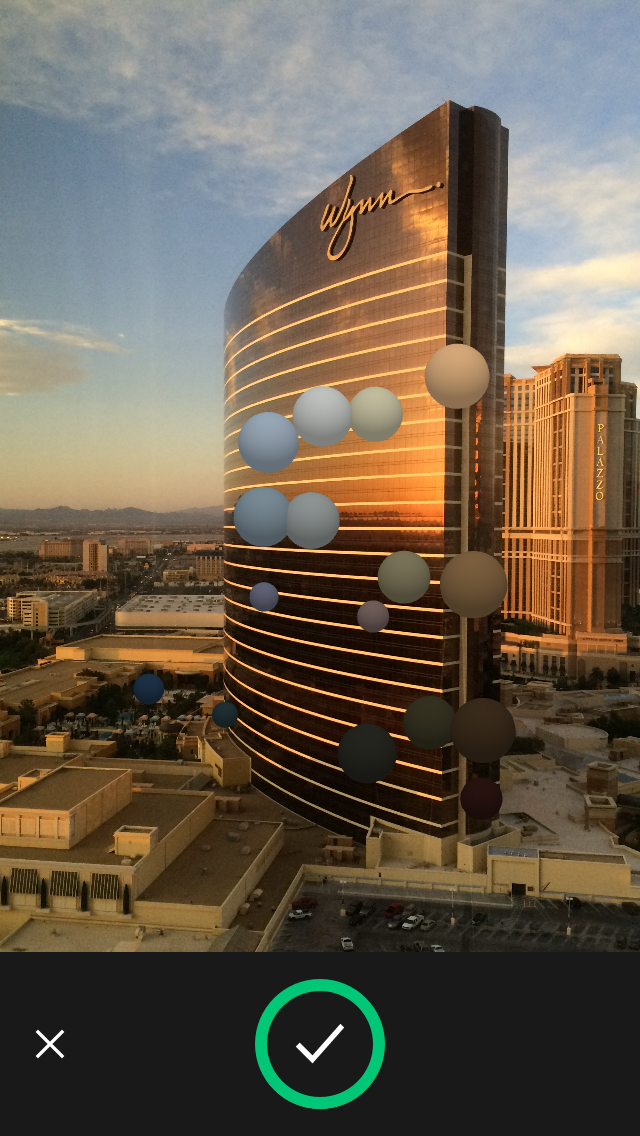 This look was captured in Las Vegas, Nevada at approximately 6:15am, in April 2015.

What inspired you to create the Look?

There’s simply nothing like a desert sunrise, a true feeling of rebirth and resurgence, particularly during spring. On this particular day, amidst beautiful reflections from the adjacent hotel, I stood in awe… and then snapped the shot.

How does the Look change the story or feeling of the video clip?

Naturally, there’s a sense of ‘warmth’ that is immediately added to the video…but it’s more. It feels like ‘a beginning’, and this is where the ‘time of day’ essence (and brilliance) of Hue CC really shines. It not only makes the scene ‘feel’ warmer, brighter…but it feels like morning.

Is that what you intended or expected when you captured the Look?

It produced the result I expected, however, I was equally impressed to see that it really carries the essence of that original time and place, regardless of what footage it’s applied to (sometimes with subtle tweaks, but often, as-is). 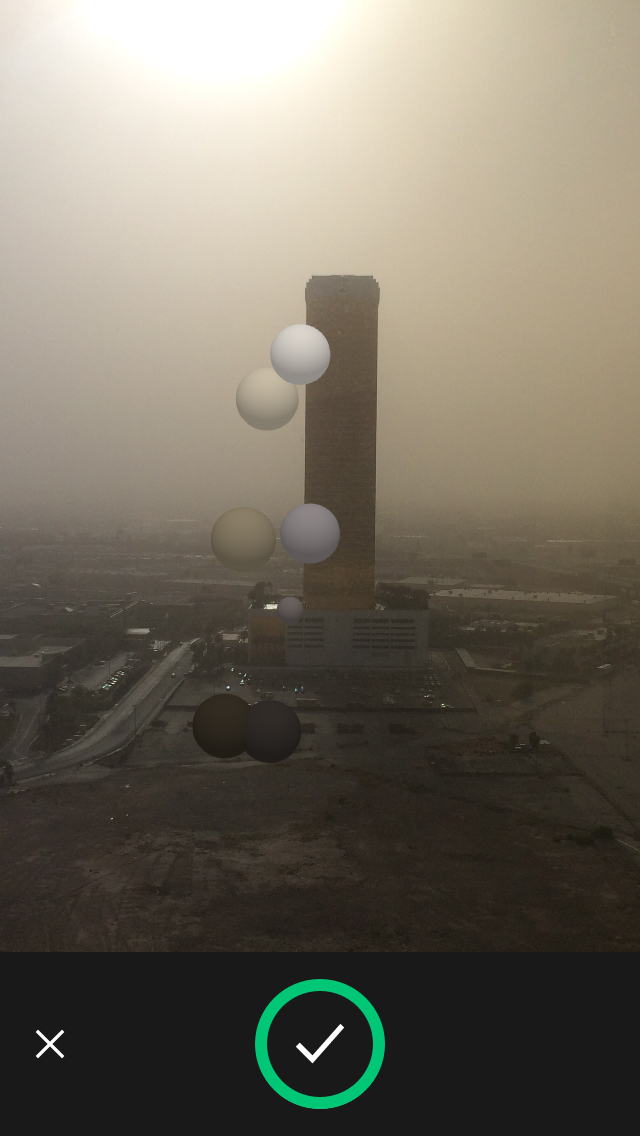 This look was captured in Las Vegas, Nevada at approximately 5:15pm, April 2015 (and curiously, it was later in the same day as the previous look, ‘Desert Sunrise’).

What inspired you to create this one?

Living in the desert myself, I’m no stranger to sand storms and dust storms. This particular one, however, came about very quickly and almost immediately darkened and clouded the entire city. There was so much wind that I wasn’t able to grab a clear shot whilst on the ground, so this image was once again captured from my window inside my hotel room.

How does this Look change the video clip?

In the case of this Look, it really adds more drama and dimension to the video in question. It feels darker, more mysterious. It creates a moodiness and atmosphere that is totally opposite of the previous example. And by tweaking the shadows/highlights and exposure in Clip (on the original footage), I was able to give it a little more contrast and dimension.

What did you expect when you captured this Look?

I was curious how this Look would perform on the Seashore clip. One of the benefits of Adobe Hue CC is that the Looks created will never completely de-saturate, so while the primary tones of the Look were nearly monochromatic, it leaves behind enough essence of color to just add to this creepy, moody feeling. And again, because you can always go back into the Look itself and alter the intensity and primary hue angle, I was able to achieve a cinematic ‘darkness’ instantly, with footage that was shot in a bright, clear environment. 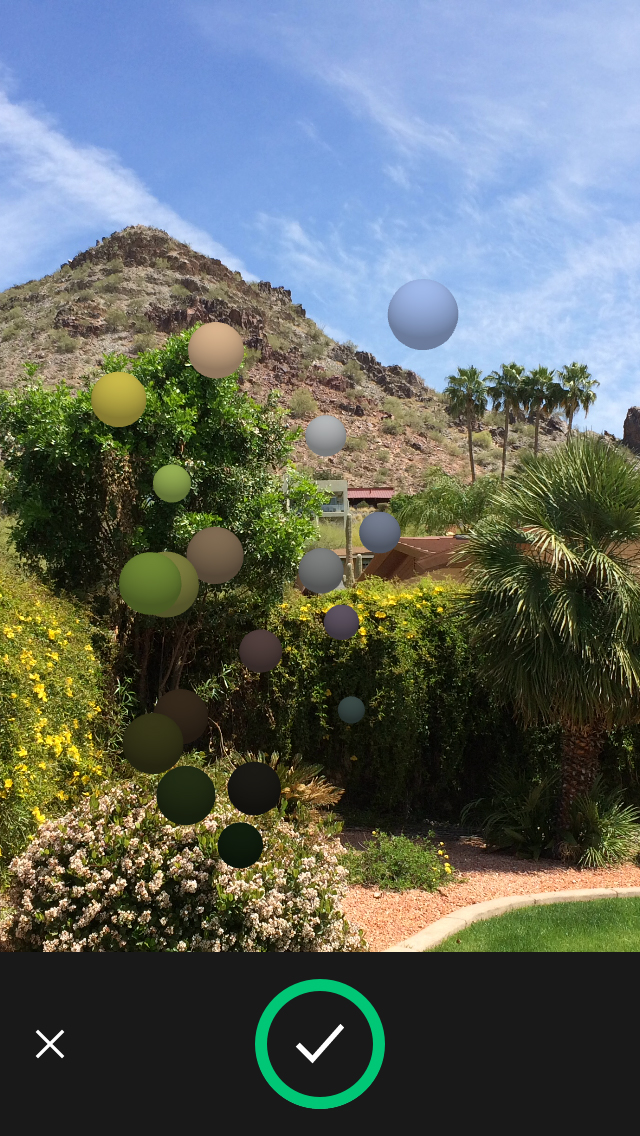 This Look was captured in Phoenix, Arizona at approximately 12:00pm, late March 2015.

What was the inspiration for this Look?

While people are accustomed to the earthy red and brown tones of the desert, some are unaware that there’s also a lot of green…and blue sky is almost a daily occurrence. This particular day seemed to have the perfect combination incredibly vivid blues and greens (with a hint of desert brown).

How do you think this one impacts the clip?

Based on the midtone shift that I selected when I was creating this Look, once applied to the video clip, it really emphasizes the blues and greens at the beach; the water sparkles, the plant life thrives, and you can definitely sense that this isn’t early morning nor late in the day…it once again, ‘feels’ like a mid-day shot, clear and vibrant.

What did you think you’d get when you captured the Look?

I was concerned that the blues might be accentuated too much; this is again where the Intensity slider came into play (along with auditioning this on the footage in question, right inside the app, to find a good balance). It definitely ‘cools’ the image (without feeling too blue) but more importantly (and shockingly) is that this particular example Look really carries that ‘time of day’ stamp with it. As mentioned above, you know it’s not morning. And it feels like Spring, somehow…

So, if you were going to make this video clip into a movie, which of these Looks would you want to use?

For a long form piece, I’d probably go with the Sandstorm Look; it has a very cinematic, dark feel…and with the ocean sounds behind it (and some slow, building underscore) it effortlessly creates a sense of drama and interest.

What do you think of Adobe Hue?

Adobe Hue CC is a fantastic way to apply your own visual memories of color and light, time and day, directly to your video content. It’s a great way to get started with color and grading, and the simple implementation of the app itself gives the user a truly infinite palette of color presets, right from their camera phone.

What are your suggestions for people who want to use Adobe Hue? Try it for yourself; it can amaze you. The fact that we’re actually creating 3D LUT files gives the power user a lot of flexibility; and for new users, it is once again a unique way to have color presets ‘built’ for your video, based on places and images of color and light that you’ve personally experienced. And that’s what we try to do with our stories…share our personal experience, our connections to place in time, the look of feel of that place in time, and this is precisely what Adobe Hue CC delivers.

Thanks for chatting, Jason!

Want to accept Jason’s challenge? Download the same video file Jason used and alter it using a Look from Adobe Hue and Premiere Clip. Publish & Share your video with #AdobeHue and #MadeWithClip for a chance to have your workflow featured!

See Jason take this video to the next level by bringing his #MadeWithClip project and Looks from Adobe Hue into Adobe Premiere CC 2015:

About Adobe Hue: Adobe Hue CC is a new kind of app that allows you to capture color and light dynamics from real-world experiences, either live with your device’s camera, or from an image you have saved in your camera roll or Creative Cloud account. Looks you capture with Adobe Hue can be brought into Premiere Clip, Premiere Pro, and After Effects to immediately transform your video footage, whether you’re a color grading specialist or new to the process.