When Christian Hughes couldn’t find educational video content on YouTube for his toddlers that appealed to him, he decided to create it himself. As the Founder and CEO of a successful video production company, he used his background in animation and video to establish Toddler Fun Learning, a successful YouTube channel for the younger set.

When Christian Hughes couldn’t find educational video content on YouTube for his toddlers that appealed to him, he decided to create it himself. As the Founder and CEO of a successful video production company, he used his background in animation and video to establish Toddler Fun Learning, a successful YouTube channel for the younger set.

The channel is a family affair, with Christian serving as Creative Director and his wife Amalie as Marketing Director. They also employ talented freelance animators, including Chay Hawes, who work with them to improve the quality of animated content with new tools in Adobe Creative Cloud. Most recently, they started working with Adobe Character Animator, which is available with a download of Adobe After Effects CC, to create charming 2D animated characters.

Adobe: Why did you decided to start making educational YouTube videos for kids?
Hughes: I have a video production company, Curly Productions, which specializes in online video content, promotional videos, and motion graphics for clients. After I had kids, educational video content became important to me, yet I couldn’t find anything on YouTube that reminded me of the content I watched when I was young. A lot of the content was hyperactive and used clipart style graphics, yet still got millions of views.

I decided to take a crack at creating some animated videos myself, hearkening back to what I remembered as a kid, but with a modern YouTube twist. I created some animations, posted them on YouTube, and they got more and more views. Today, we have more than 100 videos and 40 million views on Toddler Fun Learning.

Adobe: How long have you used Adobe software?
Hughes: I’ve been using Adobe software since I was 14 years old. I taught myself Adobe Premiere Pro and After Effects, and to a lesser extent Photoshop and Illustrator. I’ve implemented Creative Cloud across Curly Productions and also use it for the Toddler Fun Learning videos.

Adobe: How did you first start creating animated video content for Toddler Fun Learning?
Hughes: I created the first 10 videos myself. I came up with the idea for Number Zoo when I was on a flight to South Africa and immediately started drawing it using Adobe Ideas, which is now Adobe Draw. I’m not an illustrator by trade, but I thought kids might like drawings that looked like they were drawn by kids.

I synced the artwork to Creative Cloud, opened them in Illustrator to refine the drawings, separated them into layers, and created the arms and legs. Next, I moved into After Effects for animation and then used Dynamic Link to bring the animations into Premiere Pro where I added the music.

We release one animation each Friday. The software enables us to achieve this schedule. We just started releasing a second video on Tuesdays that is a partnership with Penguin Books. Filmed at the YouTube studio in London, Story Time for Children features live action of celebrities reading storybooks to kids.

Adobe: Who is the team behind the Toddler Fun Learning videos and how do you work together?
Hughes: In addition to me and my wife, we have three trusted animators, all with full-time jobs during the day. They enjoy spending some time on weekends and evenings doing something creative. Our channel doesn’t have a distinct style. I just tell the animators and illustrators that the content is for kids and they can be as creative and off the wall as they want. They come up with ideas, create storyboards and character designs, then we’ll create an animatic followed by the full video. It’s a quick process, and Creative Cloud makes it easy for all of us to work together.

Hawes: I initially started working with Toddler Fun Learning on a few nursery rhyme animations, and then we created the Puppy Park series together. At the time, I was starting my own animated YouTube series called Daisy and Fluff. This began as another narrated animation, but when I saw Adobe Character Animator I decided to expand it to include elements of character acting and lip sync to interact more with the audience. Christian and I agreed to do the same for our next Toddler Fun Learning series.

Adobe: How is Character Animator significant to the work you do?
Hughes: Animation can be quite time consuming and costly, so all of the money we make on the channel is reinvested into new content. We’re always trying to find new ways to create higher quality content on a really tight budget. Character Animator gives us the opportunity to try on-screen character animation with our new series Gecko’s Garage at a much lower cost than traditional character animation, which is really exciting.

Hawes: Before Character Animator, we could only do very basic on-screen animations such as adding a wiggle or an expression, waving an arm, or making the mouth move a bit. With Character Animator we can create all of the character’s movement and speech using a webcam. It was easy to get set up with the basic character for Gecko’s Garage. After creating the character in Photoshop I imported it into Character Animator. From there, Christian recorded the voiceover while I generated the puppet’s movements.

Adobe: What are your favorite Character Animator features?
Hawes: Lip sync in Character Animator is huge. After I put the initial time into making the mouth shapes and the character I did the lip sync in just a couple of minutes. Instead of going back and recreating the entire animation whenever we needed to make a change, we just did takes to update features such as the eye movements.

I also like how I can just move around in my seat and bring life to the character so easily. The breathing tool is also great. Even if the character isn’t doing something on screen, they can still be breathing, which is a simple motion to add that doesn’t require keyframing.

Adobe: What feedback have you gotten on Gecko’s Garage?
Hughes: Our kids are our biggest critics, and we often tweak characters depending on their response. In the case of Gecko’s Garage, their feedback led us to speed up the intro so you meet the characters right away. We’ve also looked at the YouTube analytics and the audience retention for the show is really good, with a 70% watch time and more than 30,000 views to date.

Adobe: What are the future plans for Toddler Fun Learning?
Hughes: We have eight episodes of Gecko’s Garage planned at the point, with a different educational slant for each one. Overall, we want to create more character oriented videos and we have a new series with aliens coming up. Eventually we’re looking at creating content for older kids as well. 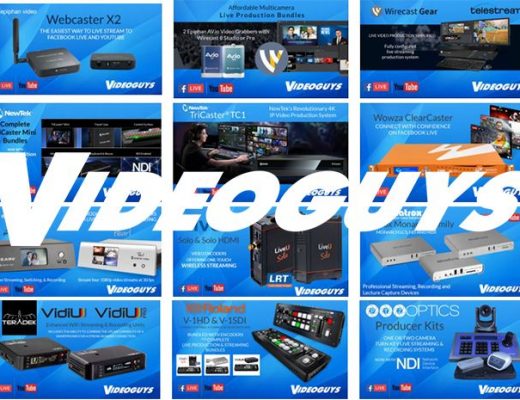 If you are looking for live streaming hardware or ideas for how to bring your content to a live...