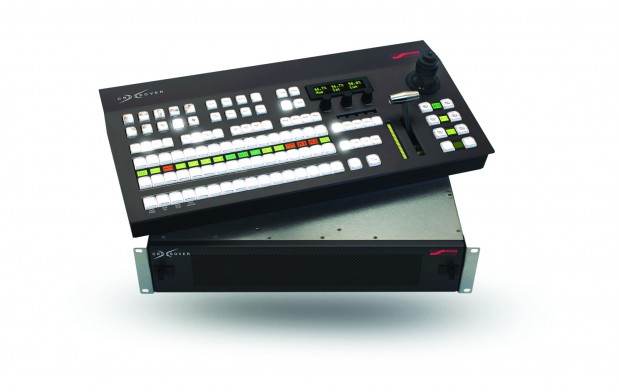 Vision QMD & Octane
SD & HD Production Switchers
Ross Video raises the bar in high end production switchers with the North American launch of Vision Octane, the world’s first 8 MLE switcher. Vision Octane is extremely powerful with 35 Full Screen HD Animation Stores, 24 Channels of 3D DVE with WARP capability, 96 inputs, 48 outputs, and an unprecedented total of 56 Keyers – 32 Full Keyers, 12 AuxKey Mixer / Keyers on the aux bus outputs and 12 DVE key combiners. Vision Octane can be loaded with any number of MLEs from 1 to 8, match any application, and be combined with up to 9 different control panels.

The entire Vision Series ships with a new 3G infrastructure as a standard feature, fulfilling the promise of Vision being a cutting edge product continuously evolving with the marketplace. Stereoscopic 3D capabilities and comprehensive iMag MultiScreen support will also be shown.

CrossOver v3.0 software will debut at NAB 2010 with many significant new features. 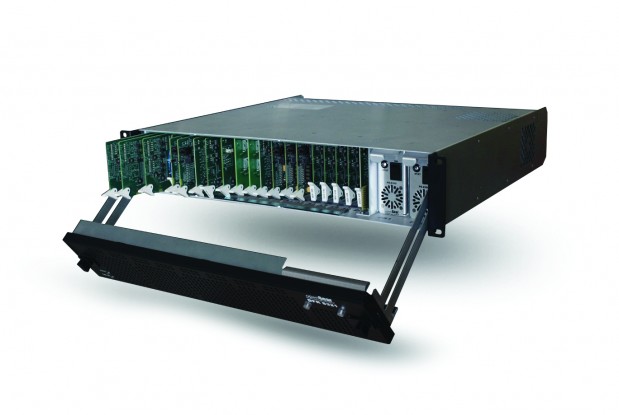