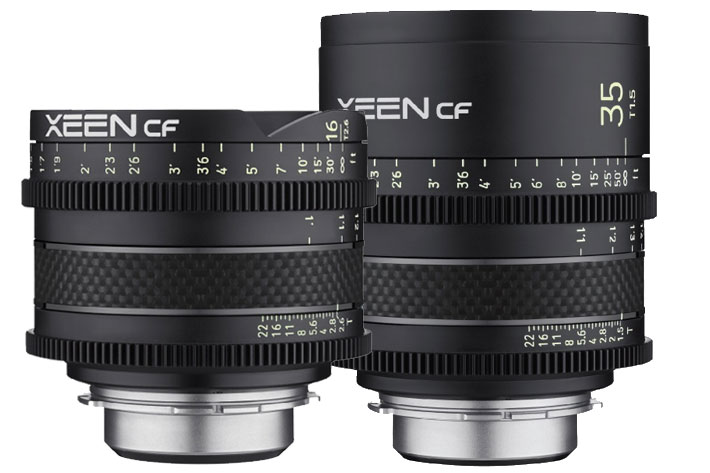 The new Carbon Fiber cine lenses now added to the XEEN CF lineup expand to a total of five the cine lenses available from Rokinon, covering the focals from 16 to 85mm.

With the new pair of wide-angle primes, Rokinon continues to expand its XEEN CF Professional Cine Lenses for Canon EF, PL and Sony E mount camera systems, which now totals five focal lengths, three less than the regular XEEN family of cine lenses, introduced in 2015. The XEEN lenses, which are available as Rokinon or Samyang, depending on which market you buy them, were presented, when the series was announced, as “designed for the ultra-high definition video environment and feature outstanding optical performance for 4K and above.” 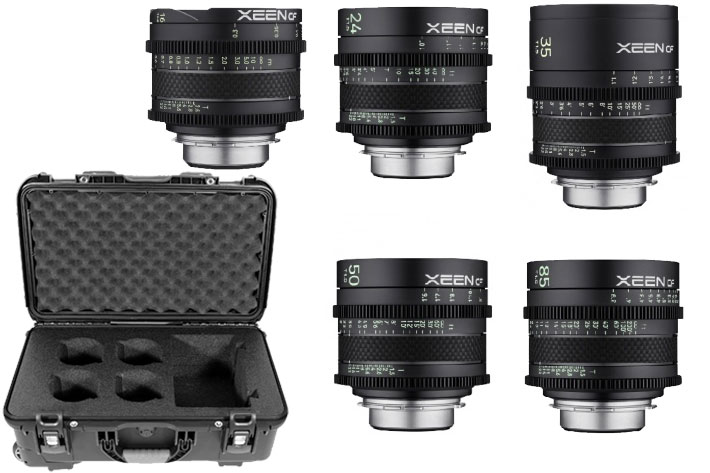 When the first lenses were introduced, Rokinon stated that “with an average weight of only 2.1lb/.93kg and length of 3.6”/90.5mm in PL mount for the 24mm, 50mm, and 85mm models, they offer exceptional compatibility and flexible operation with equipment such as drones and gimbals.” 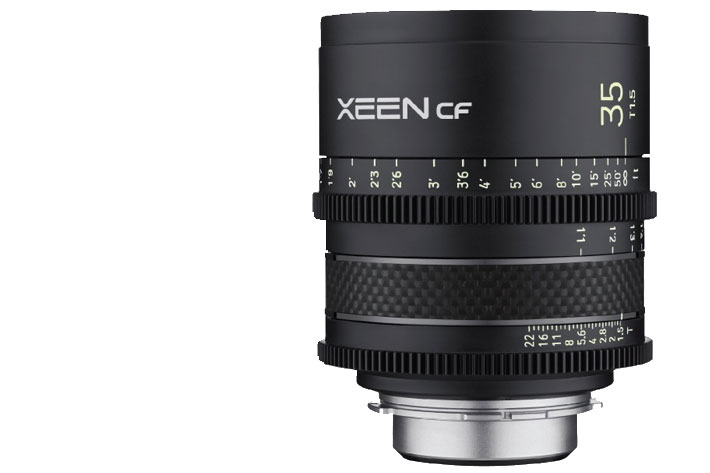 A question of weight

The two new lenses now introduced are, as the previous CF models, built using carbon fiber on the lens barrel, instead of metal, making them, according to Rokinon, lighter. They are, in fact, lighter, but much less than some would expect when the term “carbon fiber” is used. This is, in fact, something that also happens with tripods, where some carbon fiber models end not being much lighter – or as light as expected – when compared with the metal versions. The regular XEEN 16mm T2.6 weighs 1,175g and the CF model 900g, while the XEEN 35mm T1.5 has a weight of 1,375g against 1,100g of the CF model. It’s around 200g/300g less per lens.

So, if the weight reduction is not that important, you’ll have to decide between the two variations of the XEEN family for other reasons. Specifications are, apparently, very much the same, so in the end it’s a personal decision. Additional features are changeable mounts, a common front diameter of 95mm for easy use with matte boxes, and luminous glow-in-the-dark markings for easy operation in low-light conditions. True cine lens features include unified focus and aperture gear positions for easier follow focus use, tight color matching, dual calibrated right and left side distance and T-stop scales and incredibly smooth movement of the geared focusing and aperture controls. 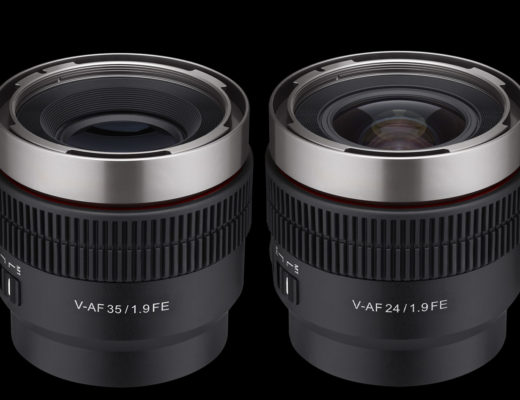