Suitable for vloggers, musicians and any iPhone users seeking to drastically improve their iOS device’s quality of sound, the new VideoMic Me-L is essentially a VideoMic Me with a Lightning connector. 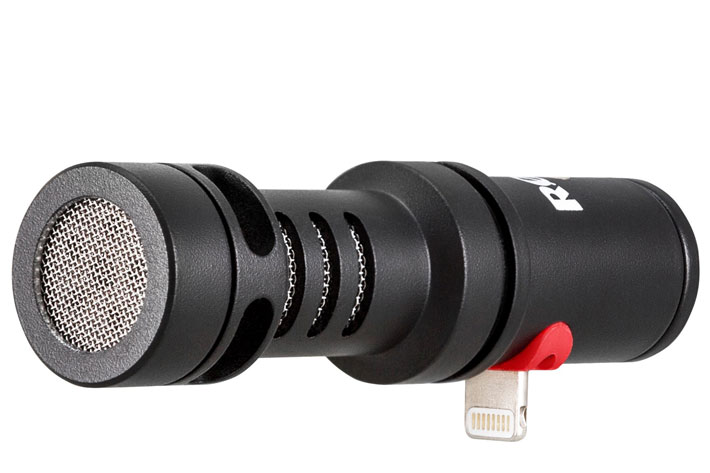 Two years after Apple removed the 3.5mm headphone port from its smartphones, RØDE introduces its solution for Lightning connectors, the new VideoMic Me-L, announced at the recent VidCon.

RØDE must have its reasons, probably backed by the number of potential buyers, but many people are scratching their heads at the release of the new VideoMic Me-L. RØDE already has an adapter, the  RØDE i-XLR, that plugs into any XLR microphone and connects to a Lightning connector, but it’s not a solution for everyone. Other brands have introduced their own solutions, from Zoom to Shure, but RØDE had no specific solution for the segment of small microphones. Now they have!

The introduction of the new VideoMic Me-L at the world’s largest online creators expo, VidCon, held recently, caught, as said above, some people by surprise: why was RØDE launching a new version of its most popular microphone, with a Lightning connector, only present in Apple’s products, when the world seems to be moving forward, and rumors suggest Apple may also drop the Lightning port?

The answer is simple: due to Apple’s decision to remove the headphone port from its iPhone 7, in 2016, the classic RØDE VideoMic Me, which uses a 3.5mm jack, can not be used with recent iPhones. Adaptors are available, but the more connections you use, the worse the sound gets. Creating a version with a Lightning connector was the only way to offer users of Apple’s smartphones an option within RØDE catalog, so the company decided to go ahead and introduce the VideoMic Me-L for Apple iOS devices.

The microphone, available now, almost two years later, is a solution exclusive to – some –  Apple devices, as the Lightning port is a proprietary connector introduced by Apple in 2012, and one that may well be dropped in the future, as the new line of MacBooks uses USB-C, which is the most popular connection type at the moment, across different equipments.  The new microphone represents, though, RØDE’s investment in a solution for a segment of the market that would, otherwise, find it difficult to have access to better sound recording quality. 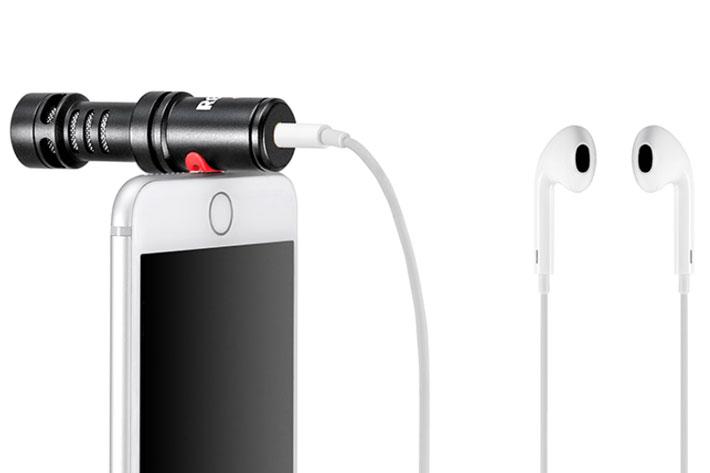 “The original VideoMic Me is one of our most accessible mics and the world’s most popular microphone for mobile audio,” says Damien Wilson, RØDE CEO. “The new VideoMic Me-L’s Lightning connector and plug-and-play functionality is a great addition to the VideoMic family, introducing the latest iOS devices to RØDE’s made-for-purpose mic.”

Designed, says RØDE, to “give you incredible audio when shooting video”, the microphone’s directionality reduces surrounding noises to focus on exactly what you’re filming, ensuring your videos sound clear and intelligible. The VideoMic Me-L’s lightning connector plugs directly into the device, utilising the device’s internal power for instant plug-and-play – no batteries necessary. A standard 3.5mm headphone jack on the rear, like the original microphone, allows audio play-through in real-time and effortless audio playback.

The VideoMic Me-L is made from durable aluminium and coated in a military-grade ceramic finish, providing a hardwearing chassis that’s resistant to scratching. It’s, according to RØDE, “a build quality far and away from the competition, reflected in superior sound. The microphone also comes packaged with a deluxe furry windshield for shooting outdoors and in adverse weather.”

The VideoMic Me-L will be available July, priced at $79.