One of the first Drone Film Festivals in history waits for submissions until the 30th of September. Time to go out and create your film for the Rise of the Drones. 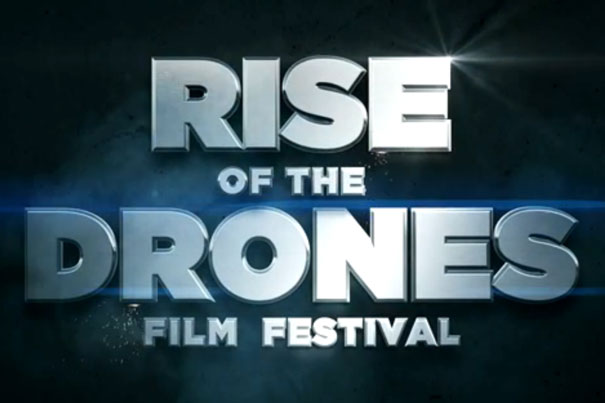 DJI and EpicTV are the names behind the Rise of the Drones Film Festival 2015, an action packed festival where judges expect to see some of the best action films of today.

Now on its first edition, Rise of the Drones Film Festival is open to the very best in aerial footage of skiing, snowboarding, surfing, wingsuit flying, climbing, BMX and mountain biking as well as BASE jumping. The judges, an expert panel including some highly regarded industry figures, will distribute the prizes, more than $11,000 in cash, and gear from DJI.

The winner of Best Film will receive a DJI Inspire 1 and around $4,500 cash from EpicTV, but there are also prizes for Best Editing, Best Action, Best Continuous Shot. For the overall winner, judges are looking “for an incredible film, one that tells a story and captivates us with its shots, grading, and music to create a real ‘feel’. We want to see innovative use of drone technology in your storytelling – take us on a ride.”

The Best Action film will win a cash prize and a DJI Ronin M. The Best Action Award, say the judges, “will be won by the individual who engages us with their action coordination, technical action coverage, and who is innovative in their combination of drone footage and the action being filmed. Give us stunts that sell. And don’t hold back.”

The Best Edited film will have succinct timing and innovative editing that enhances the story and incorporates its drone footage seamlessly, according to the judges, who add that participants should use their editing skills “to create a real look and feel to your story.” A cash prize and a DJI Ronin wait for the winner in this category.

The Best Continuous Shot needs to be creative, help tell the story, and it must be executed with exemplary technical skill. Use your imagination. The prize includes cash and a Phantom 3 Pro.

Martin Brandenburg, Marketing Director at DJI Europe said, “We are very pleased to partner with EpicTV for the launch of the new Rise of the Drones Film Festival. DJI is very much at the heart of supporting established and new talents in the world of video production. Our partnership with EpicTV is another step toward showcasing our commitment in the drone industry.”

Alan Sim – Executive Producer of EpicTV commented on how excited he was about the upcoming competition, “Drones are becoming more and more part of the action sports filming landscape so it was a no-brainer for EpicTV to launch the first festival of its kind in partnership with DJI. We are very excited to be part of the growing drone community and to provide such support to this new generation of filmmakers”.

Launched in July, the Rise of the Drones Film Festival accepts submissions until September 30th, with winners announced October 7th. The festival will conclude with VIP screenings in London on the 9th of October and in Chamonix on the 10th of October.