This is the first time I test a microphone with an inboard compressor.

Here is my review of the US$349 Apogee Hype Mic, the first microphone I have ever tested with an inboard compressor. Some readers will recall that in the past, I tested a microphone with an undisclosed hardware limiter, but not a compressor. In the case of the Hype Mic from Apogee, the inboard compressor is analog, so when it’s active your signal remains analog until after being dynamically compressed: Only then does it become digitized. Ahead you’ll read my detailed observations and can  listen to eight audio clips. 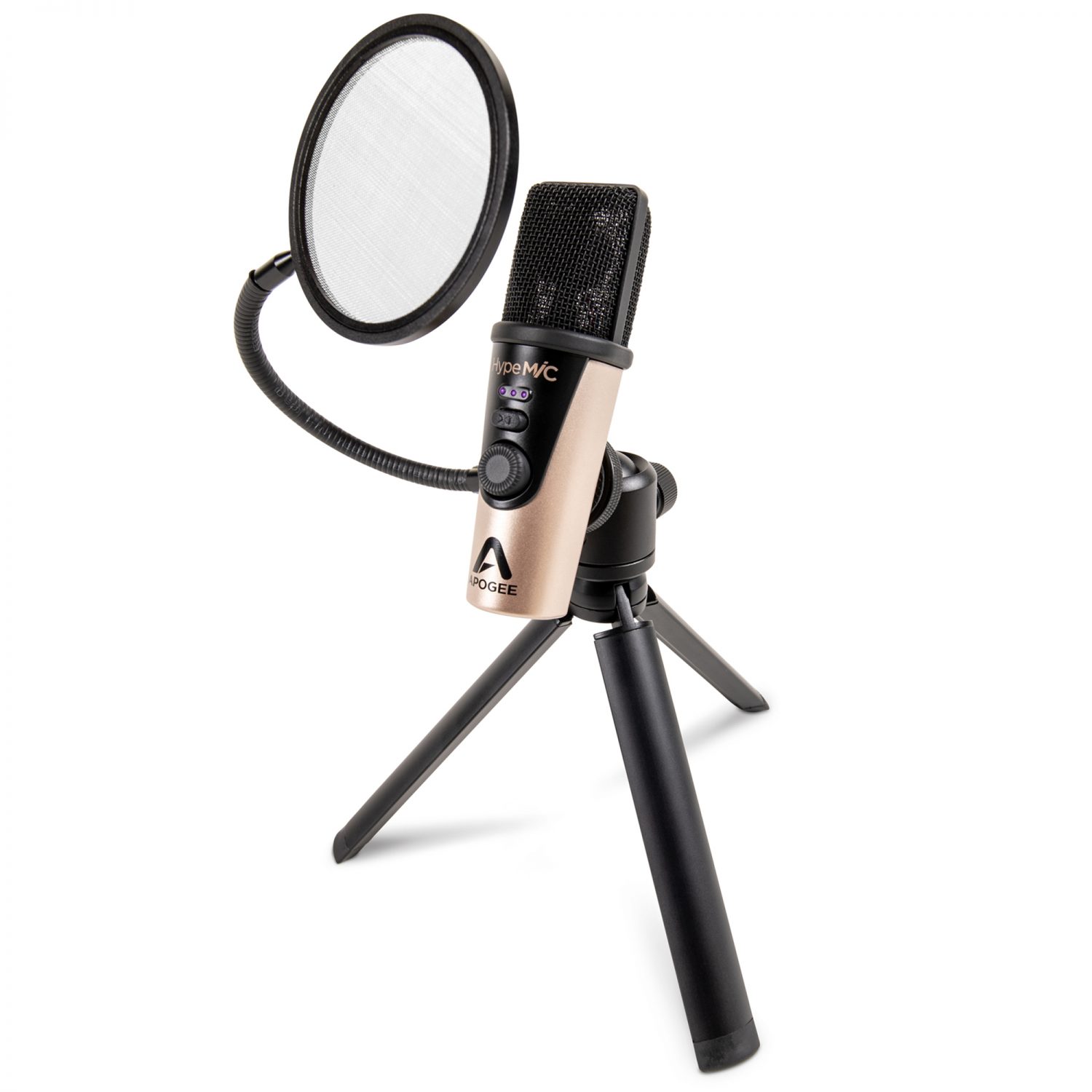 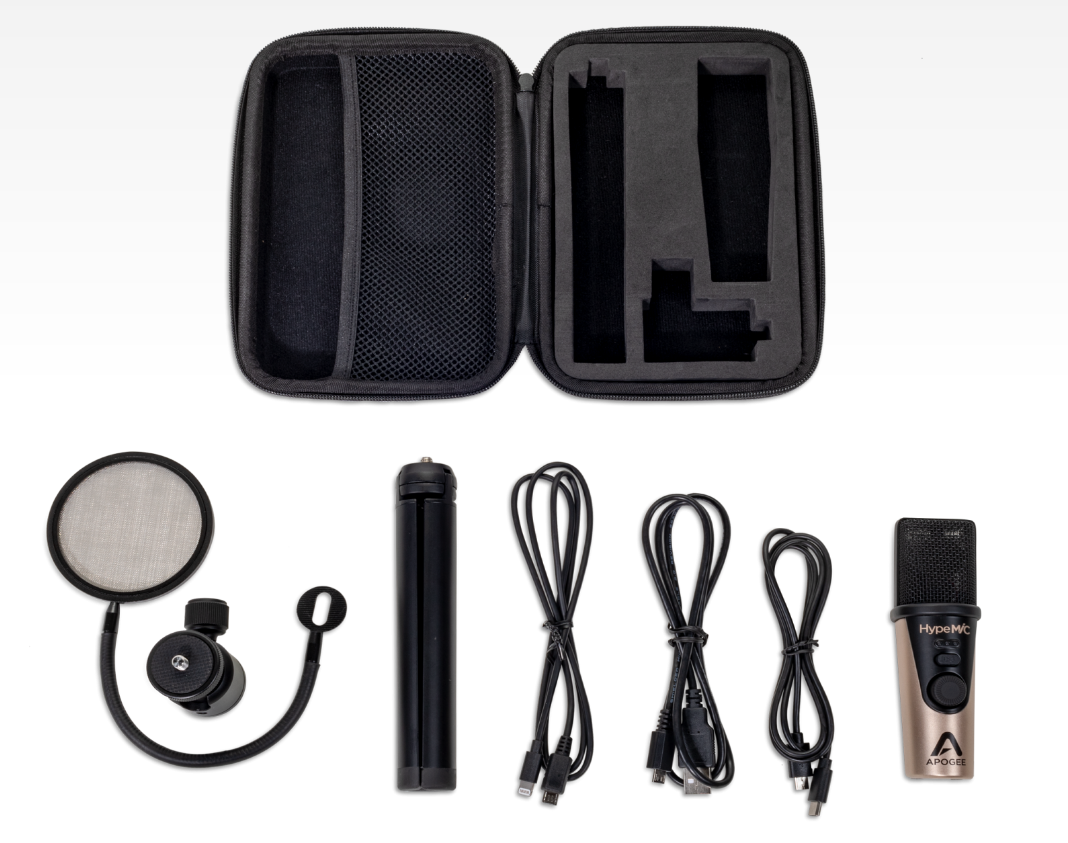 Officially, Apogee supports the use of the Apogee Mic with iPadOS, iOS 9+, macOS 10.9+ and Windows 10 (including Windows 10 LTSC. See my article: Windows 10 LTSC: better for production & sanity than Home or Pro).

Even though Apogee makes no mention of official Android support for the Hype Mic, I confirmed that it also works fine with my Google Pixel XL with Android 10 recording at 48 kHz using the Auphonic app for Android (reviewed here for Android and the updated version for iOS here).

The Hype Mic has a standard cardioid pattern. 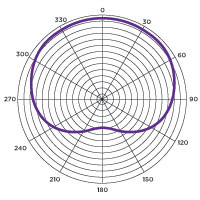 It is extremely unusual for a microphone of this price level, but there is no frequency response spec or graph published by Apogee.

I am happy with the variety of sampling rates and resolutions available in the Hype Mic, although I only tested using our standard 48 kHz/24-bit (see Enter the 48 kHz alliance).

The Hype Mic offers up to 96 kHz/ 24-bit. (96 is exactly 48×2.) I could only justify recording such a high a sampling frequency for vocal recordings if you plan to use slow motion as you edit your audio recordings (or audio/video recordings). For musical instruments you might justify a higher sampling frequency. In addition to our standard 48 kHz and the whopping 96 khz, the Hype Mic also offers 44.1 kHz (which I would never use for the reasons stated in Enter the 48 kHz Alliance), and 88.2 kHz (which I would never use either, since it isn’t a multiple of 48, but of the dreaded 44.1 kHz).

As I have covered in prior articles, to set your audio sampling on Android or iOS, simply select it in any of the recording apps that offer such an audio sampling selection (i.e. Auphonic, FiLMiC Pro, FV-5 Cinema) or use an app that uses 48 kHz exclusively, like the RØDE Reporter app. (Stay away from the native camera app or GarageBand, which only support 44.1 kHz, which is kryptonite for video production and certain audiograms.) 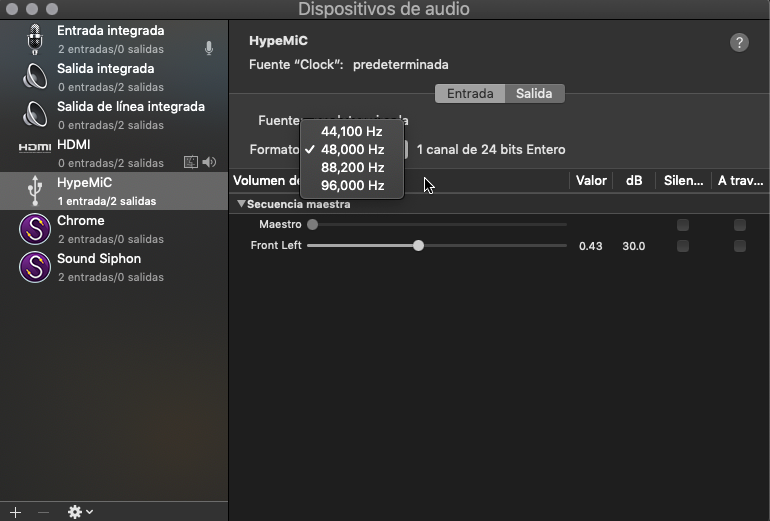 Fortunately, the Hype Mic features a “foolproof” 3.5 mm output which offers latency-free monitoring. I say “foolproof” because the Hype Mic intelligently ignores any microphone that may be present if the user connects a TRRS headset, instead of just a TRS stereo 3.5 mm. which was necessary with older equipment. This solves the issue discussed in my 2015 article TS/TRS/TRRS/TRRRS: Combating the misconnection epidemic (illustrated above).

However, the Hype Mic does not offer any volume control for that output. Instead, that is delegated to the host device (computer/smartphone/tablet). Using my favorite CB-1 isolating headphones (which are rated at 32 ohms, shown above, reviewed here), the output level in my headphones was barely adequate when the Blending option (which is only for monitoring, and does not affect the recording or live broadcast) was set to monitor only the microphone (no blending). When setting the Blending option to any other option, the monitor volume was so low to become unusable. This situation would only be worse if your headphones were the very popular Sony MDR-7506 which is officially 63 ohms, although Ken Rockwell measured it to be even higher. 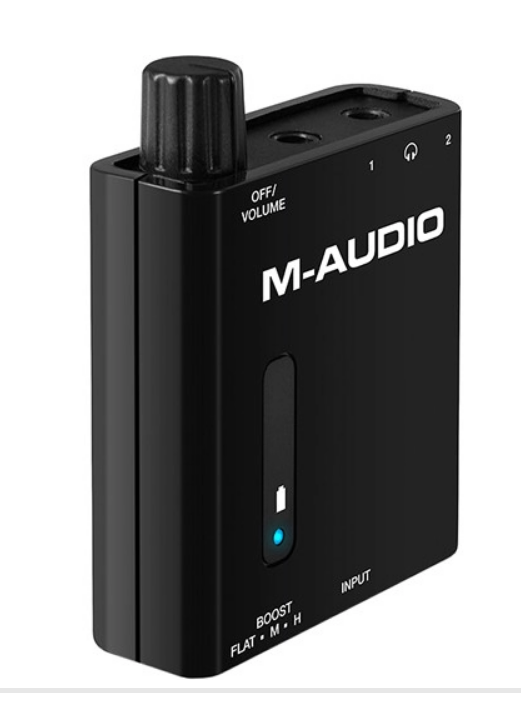 The moral of the story is that if you want to purchase a Hype Mic and need to monitor a combination of your own voice from sound coming from the host computer/phone/tablet (be it a remote guest or panelist, or a sound bed being played to you as you record in sync with it), you should either be using isolating headphones that are even lower impedance than mine (lower than 32 ohms) or purchase an outboard inline headphone amplifier like the M-Audio Bass Traveler, which is battery powered (≈US$39 Amazon— B&H) to go between the Hype Mic’s weak headphone output and your favorite “cans”. (The slang term in Castilian is cascos which literally means “helmets”.)

I am not the only reviewer to criticize the Hype Mic’s weak monitoring capabilities. Music professional Justin “Henny” Henderson of Tha Bizness also criticized it in his video review, although he didn’t go into much detail about the issue. His tone tells it all as he criticized it at about 8:13. Tha Bizness is a record production and songwriting team from Seattle, Washington, US, composed of Justin “Henny” Henderson and Christopher John “Dow Jones” Whitacre. Tha Bizness has produced songs for several prominent artists, including Ne-Yo, Jay Z, Snoop Dogg, Nas, Ice Cube, 50 Cent, and Kendrick Lamar, among others. In 2009, Tha Bizness received a Producer of the Year nomination at the BET Hip Hop Awards. Despite his criticism of Hype Mic’s monitoring feature, “Henny” describes the Hype Mic as his favorite microphone “for iOS devices”, which nowadays also includes iPadOs devices. Since he specified it that way, I get the impression that “Henny” usually uses an XLR mic with an interface, mixer or recorder.

In addition to using the included table tripod (which I used with my test recordings), the Hype Mic can be mounted to a mic stand or boom.

In my testing, I found that the included pop filter is quite effective to prevent plosives. However, as I have expressed before, I am not a fan of gooseneck-mounted pop filters. If I were to use it continually, I would get a different type of solution: either a very thick windscreen or a pop filter that clips on. But the Hype Mic is quite functional as it comes if used with the included pop filter, as you’ll hear.

How the Hype Mic introduces itself to the system

The Hype Mic is one of the few mono digital microphones I have tested that actually presents itself as mono (single channel) to the system. This automatically forces most recording apps and DAWs to record mono, which is much more efficient in storage space and potentially in bandwidth when uploading it to another place where it will be edited. With other digital microphones which are mono but introduce themselves as “stereo”, an extra step is required to force a DAW or other recording app to record mono. Since the Hype Mic already introduces itself as mono, the extra step is fortunately eliminated, as illustrated in the below screenshots from Hindenburg Journalist Pro, my current favorite multitrack audio app for storytelling for conventional computers powered by macOS or Windows.

I only justify having a mono microphone introducing itself as dual channel when there is a benefit to it, i.e. including a safety track, i.e. in the case of my recent review of the RØDE VideoMic NTG. If there is no safety track, it’s a waste of space and bandwidth to record fake stereo, so Apogee did the right thing by making the Hype Mic introduce itself as mono.

Pot (potentiometer) and buttons for the compressor and blending 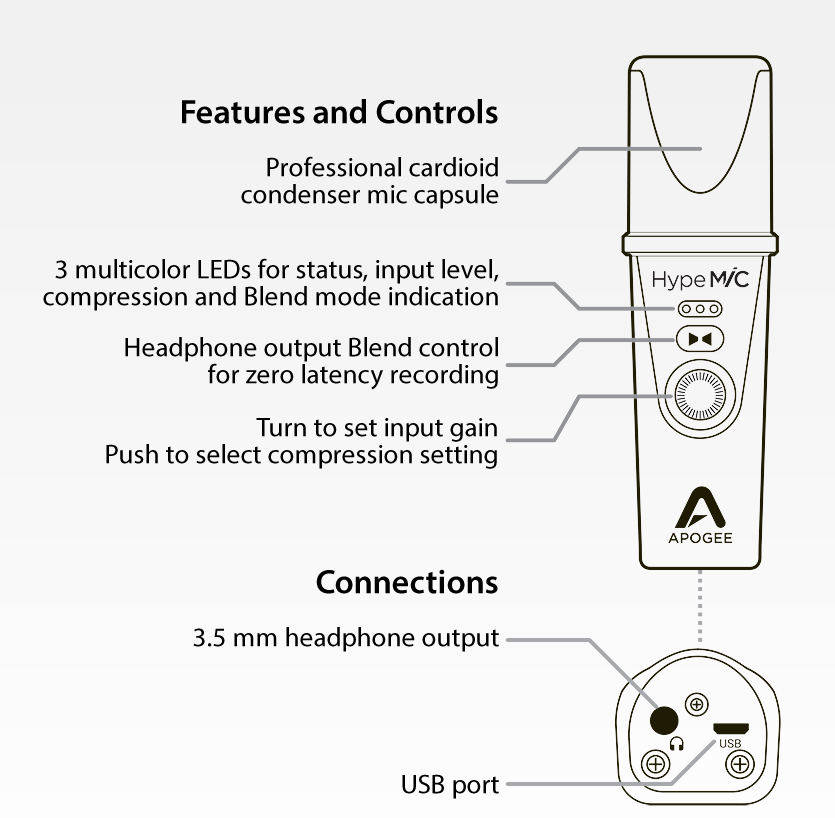 Diagram and legend courtesy of Apogee. I disagree with the term “latency-free recording”. I think they meant to say “latency-free monitoring”.

The gain potentiometer of the Hype Mic is continuously variable for more precision when spinning. The downside of that is that it can have no markings or numbers to indicate its position.

As indicated, the same gain potentiometer is also a button to activate the optional inboard compression. Pressing it sequentially can activate it and make it advance from inactive (off), Low (“Shape it”), Medium (“Squeeze it”) and High (“Smash it”). In the upcoming test recordings, you’ll see that I included all four options of this inboard analog compressor of the Hype Mic. It should be noted that after changing the compressor setting among the four options, it is often required to readjust the gain to attain an ideal recording level.

The top button is to adjust the Blend function as covered earlier.

All below recordings are uncompressed 48 kHz WAV, and normalized to -16 LUFS. Use Ethernet, wifi or unmetered data.

Above, hardware flat (no dynamic compression at all) without noise reduction.

Above, hardware flat (no dynamic compression at all) with mild compression applied by Hindenburg Journalist Pro.

Above, analog dynamic compression setting 1—Low (“Shape it”) in the microphone without noise reduction.

Above, analog dynamic compression setting 1—Low (“Shape it”) in the microphone with mild compression applied by Hindenburg Journalist Pro.

Above, analog dynamic compression setting 2—Medium (“Squeeze it”) in the microphone without noise reduction.

Above, analog dynamic compression setting 2—Medium (“Squeeze it”) in the microphone with mild compression applied by Hindenburg Journalist Pro.

Above, analog dynamic compression setting 3—High (“Smash it”) in the microphone and without noise reduction.

Above, analog dynamic compression setting 3—High (“Smash it”) in the microphone with mild compression applied by Hindenburg Journalist Pro.

Comments about the inboard compressor

In the case of the Hype Mic from Apogee, I am glad that there is the option to deactivate the compressor when desired. If I owed one, among the three dynamic compression settings, I find the third is way too much, and would consider using either the first or the second for live broadcast or to “bake in” the sound and save time in post, if and when it makes sense to do so.

RATINGS for the Hype Mic

Appearance and build quality by itself

Appearance when used with included pop filter and its gooseneck

(Very functional but not esthetically pleasing to me, do to its gooseneck.)

A few other mic reviews for comparison