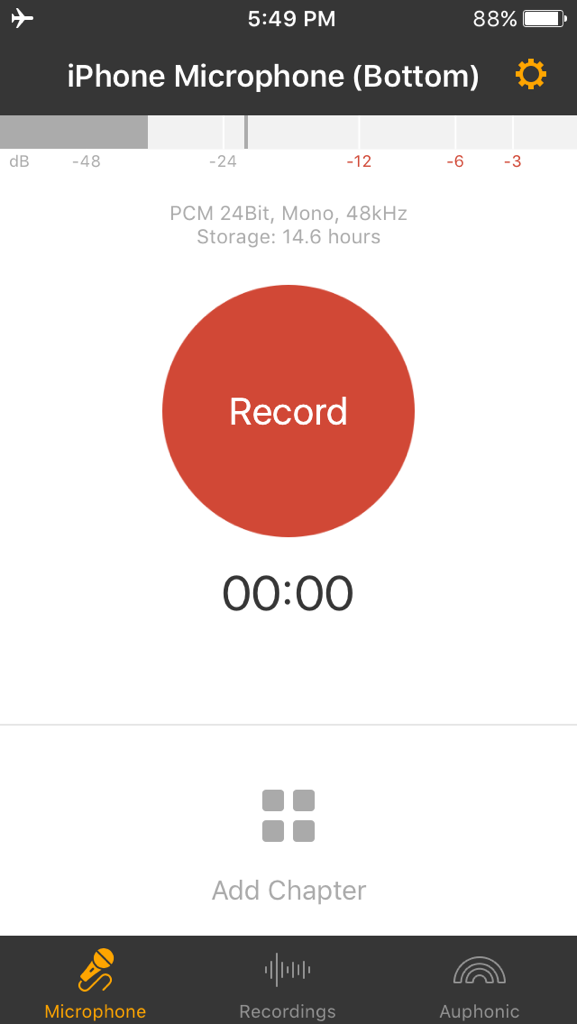 In July 2016, I wrote a detailed article, where I made a complete list of wonderful features of the Android version of Auphonic Recorder, the then many missing features in the iOS version, and the very few missing ones in the Android one. Now, version 1.2 for iOS has addressed all of the issues and has become even stronger than the Android version (except for editing). In fact, in some situations, Auphonic iOS Recorder 1.2 (which works with iPhone/iPad/iPod Touch) is now often better for the RØDE i-XLR device (which I recently reviewed) than the current native version of the RØDE Reporter app. Ahead I’ll cover all of the improvements, why the iOS version now beats the Android version, and when it even beats the RØDE Reporter app for the i-XLR device.

Here are the missing features which have now appeared in the free Auphonic iOS Recorder 1.2:

How the iOS version now beats the Android version

When Auphonic iOS Recorder 1.2 can often beat the RØDE Reporter app for i-XLR

In case you missed it, here is my full review on RØDE’s i-XLR (Amazon link — B&H link). There I applauded nearly everything about the corresponding RØDE Reporter app except the notable lack of 48 kHZ 24 bit (currently, the RØDE Reporter app only offers 24 bit at 96 kHz) and the notable lack of a mono option. Here are my numeric justifications of recording 48 kHz 24 bit mono as opposed to 96 kHz 24-bit with fake stereo or 48 kHz 16 with fake stereo for a 1-hour recording:

Now, here are the numbers for one hour of uncompressed WAVE recording, if RØDE accepts our request (or now, if we use Auphonic iOS Recorder 1.2 instead of the RØDE Reporter app):

(Number crunching thanks to ColinCrawley.com’s calculator.)

Of course, if you use Auphonic iOS Recorder 1.2 with i-XLR, you will be missing the hardware tally light and hardware Record/Pause button, which currently work exclusively with the RØDE Reporter app. So for now, it’s a tradeoff.

Conclusions and one more suggestion for Auphonic iOS Recorder

For all of the reasons mentioned above, Auphonic iOS Recorder 1.2 has become my recommended app for iOS when you need to record either mono or stereo at 48 kHz/24-bit for later editing elsewhere, be it audio-only or audio with video. On the iOS platform, at this point, I would only consider using another audio app if I needed to record multitrack beyond two channels, i.e. more than stereo. The only other two features I would like to see added would be: