The first-ever live 4K video stream from space, which happens today, during the 2017 NAB Show, will be recorded with RED cameras. 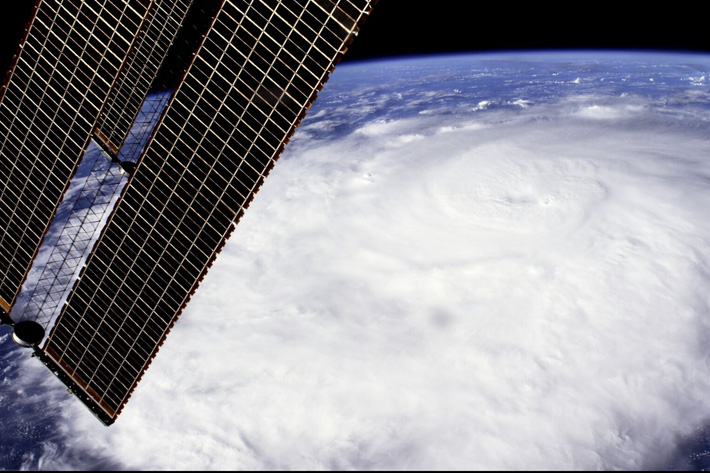 Hasselblad went to the Moon, but RED cameras have been orbiting Earth for over two years now. Today they will make History, in 4K, in a direct link from space to Las Vegas.

The first-ever live 4K video stream from space happens today during the 2017 NAB Show. “Reaching for the Stars: Connecting to the Future with NASA and Hollywood” will take place at 10:30 a.m. on Wednesday, April 26 in room N249. It’s a unique moment that those not attending the NAB Show can still enjoy, as the live broadcast is streaming online.

America’s space agency is a pioneer in the application of advanced media – including 4K. NASA used the RED Epic Dragon to improve the quality of their images and capture high-resolution footage aboard the International Space Station (ISS).

NASA’s Imagery Expert Program Manager, Rodney Grubbs, said, “Using the RED Epic Dragon cameras on board the International Space Station for more than two years has helped NASA capture stunning imagery in 6K. Now, we’re looking forward to downlinking live 4K out of the camera from the space station for the first time ever. This opens up a whole new chapter in live broadcasting from the space station, providing a powerful new tool to support science and research. NASA also is excited about using this technology to provide the rest of us here on Earth a way to experience life and work on the world’s only orbiting laboratory in greater detail than ever before.”

While in real life RED cameras may be limited to orbiting Earth, they have helped to take us many places, from the magic landscapes in The Hobbit to the distant planet Mars, in The Martian. It’s a journey that started in 2006, when RED launched the 4K RED One digital cinema camera. The DSMC (Digital Stills and Motion Camera) system released in 2008 continued the line, which now offers models as the RED Raven, Scarlet-W, RED Epic-W, and Weapon, which combine compact and lightweight design, modularity, superior image quality, and cutting edge performance – including up to 8K resolution.