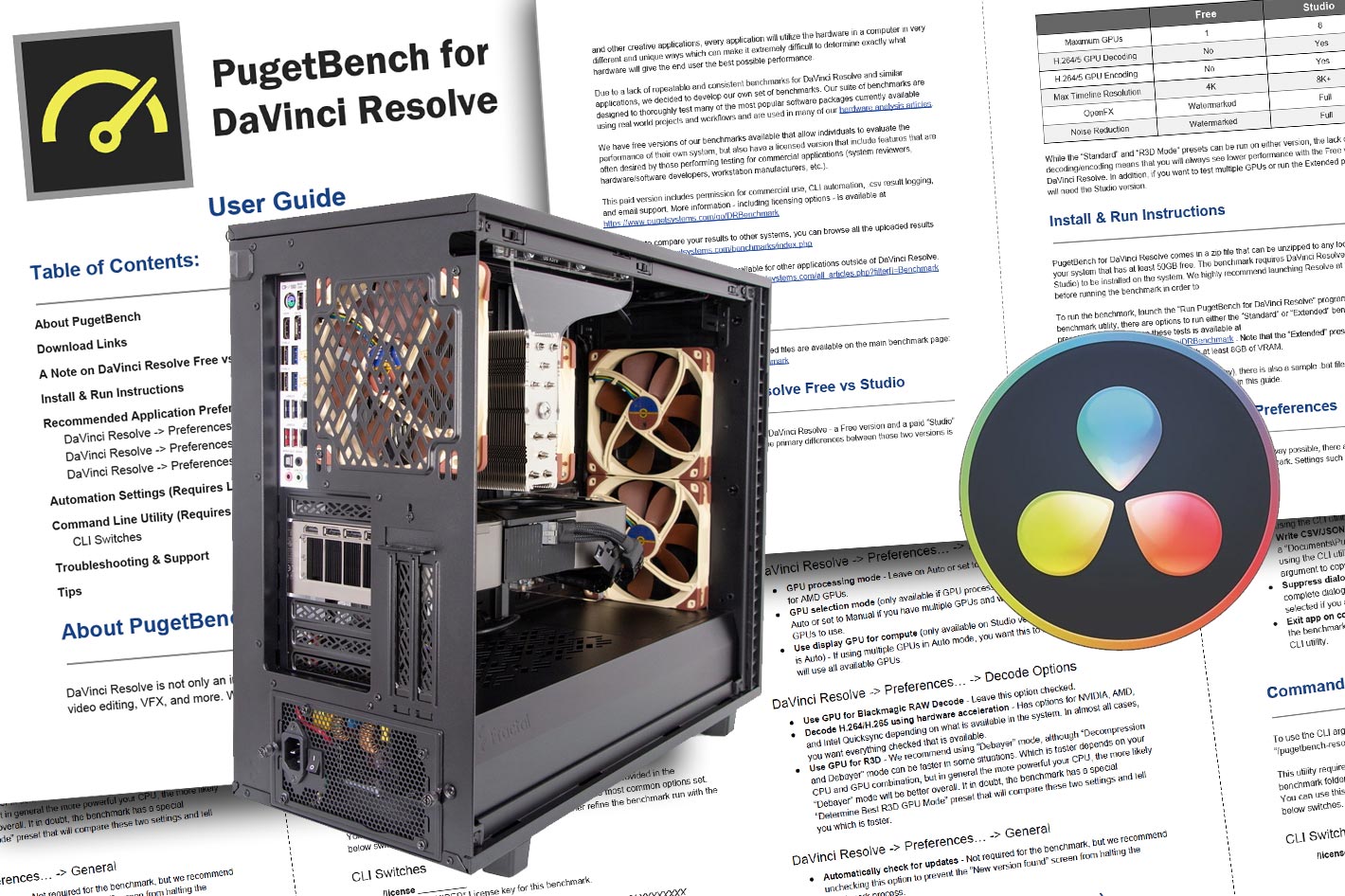 Puget Systems launches PugetBench for DaVinci Resolve with testing for 4K and 8K media, GPU Effects and Fusion. It’s a version for Windows only. MacOS and Linux versions will be available in the future.

Puget Systems announced a new initiative – the PugetBench for DaVinci Resolve – to address the need for comprehensive, repeatable and consistent benchmark testing for colorists, editors, and VFX artists using DaVinci Resolve. This benchmark is designed to thoroughly test many aspects of Resolve using real-world projects and workflows, and the latest CPU, GPU, and other hardware components.

“The world of computing is vast and there is no way we can feasibly test every possible combination of hardware available. However, with the resources we have in our own labs, we have the ability and technical know-how to test as many combinations of system components as possible. We’re limited only to our imagination,” said Jon Bach, president of Puget Systems. “Since we care so deeply about improving and furthering both the workstation and content creation industries as a whole, we have decided to make many of our benchmarks available for public download.”

While Puget Systems offers free versions of its benchmarks that allow individuals to evaluate the performance of their own systems, PugetBench for DaVinci Resolve will also provide specific commercial-use benchmarks that will include features that are often desired by those performing testing for commercial applications, such as system reviewers, hardware/software developers and workstation manufacturers. 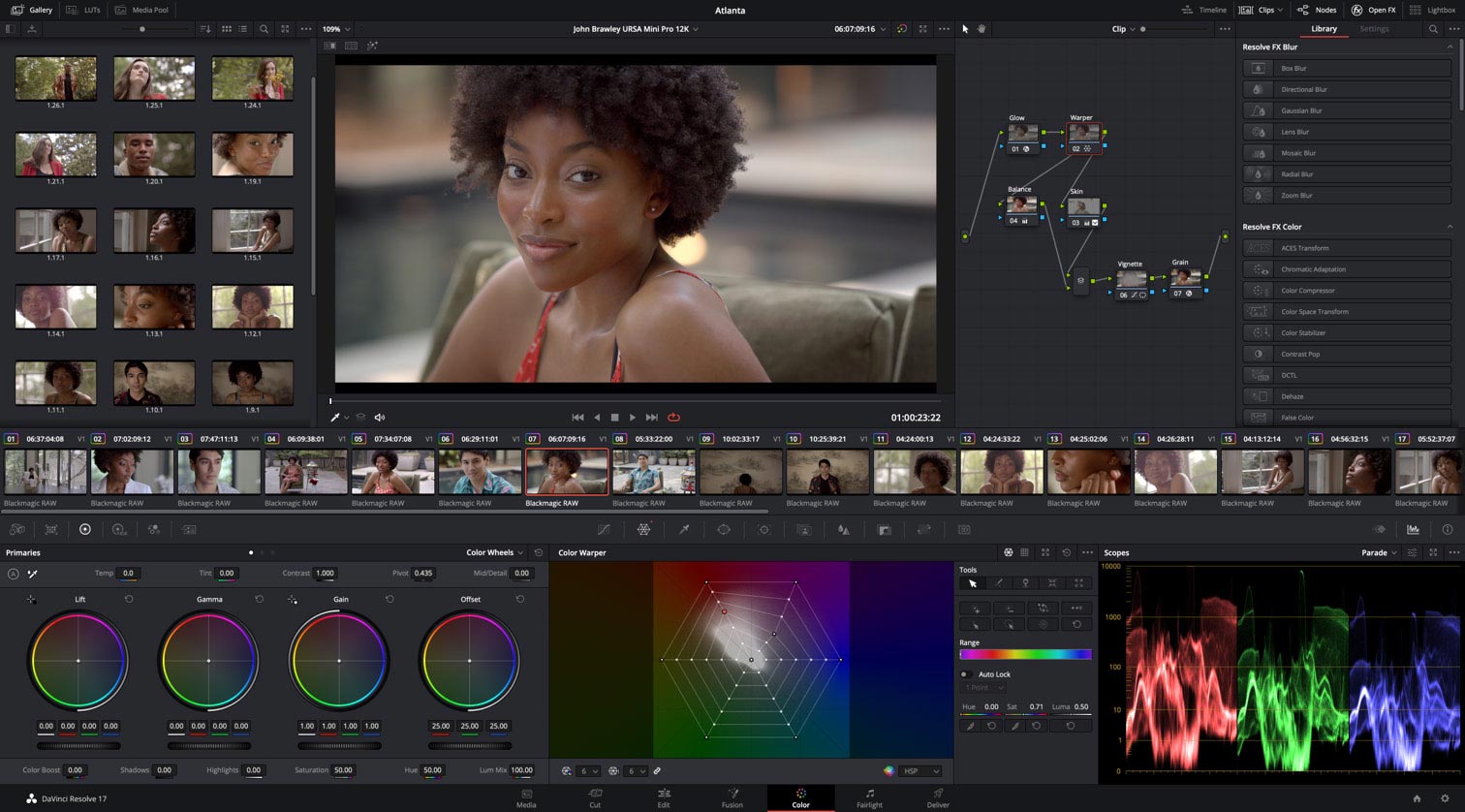 Puget Systems uses these benchmarks while publishing their own articles that look at the performance of the latest CPU, GPU and other hardware components that creative professionals rely on in their professional workflows.

Puget Systems has developed five distinct benchmarks optimized for the DaVinci Resolve community, including testing for:

Except for the 8k Media, all the tests support either the Free or Studio version of Resolve. For more information, details on system requirements, and instructions for running PugetBench for DaVinci Resolve Licenses, follow the link to PugetBench for DaVinci Resolve. This benchmark is currently for Windows ONLY. Puget Systems has plans for a MacOS and Linux version in the future, but there is no ETA for when it will be available.

If you want to use the software, it is important to know that this benchmark is still in BETA. Plug-ins and customized preferences may prevent the benchmark from running properly. If you run into any issues, Puget Systems recommends resetting your preferences to default. There is also one important aspect to remember: Blackmagic has two versions available for DaVinci Resolve – a Free version and a paid “Studio” version. Puget Systems notes that in the context of benchmarking, there are some differences between these two versions that users need to be aware of when benchmarking. 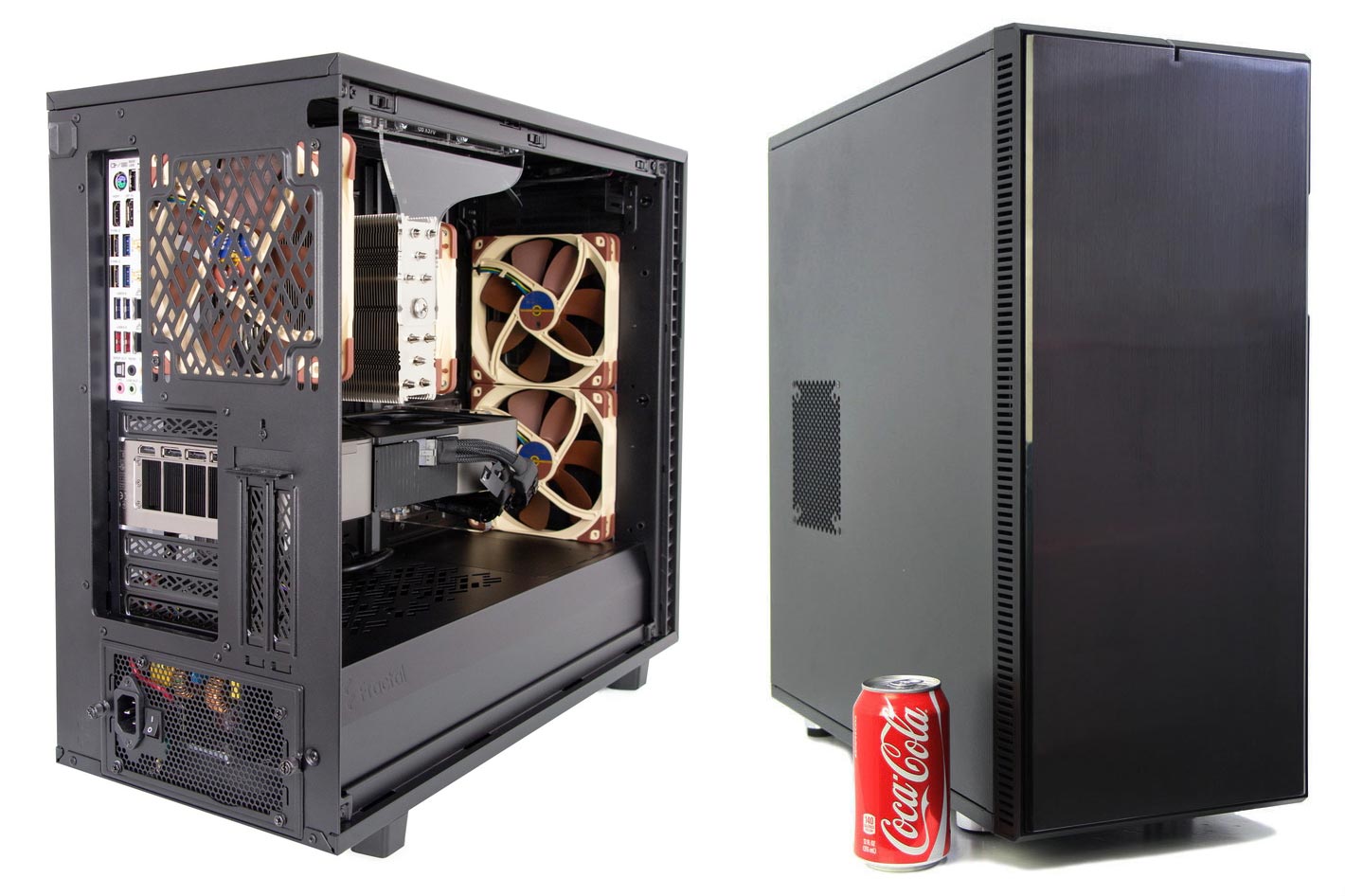 According to Puget Systems, “while the “Standard” and “R3D Mode” presets can be run on either version, the lack of GPU decoding/encoding means that you will always see lower performance with the Free version of DaVinci Resolve. In addition, if you want to test multiple GPUs or run the Extended preset, you will need the Studio version.”

Just so you know, the company not only provides benchmark solutions for users to test their systems with different apps, Puget Systems also offers workstations optimized for DaVinci Resolve, and they come in three flavors: Free Edition Optimized, Studio – Standard and Studio-High Performance.

The first, Free Edition Optimized, is a compact workstation built around an AMD Ryzen 5000 series CPU, and optimized for the free edition of DaVinci Resolve. The Studio – Standard features an AMD Ryzen CPU and up to two discrete GPUs, giving, says Puget Systems, “terrific performance in Resolve Studio.” The Studio-High Performance features an AMD Threadripper CPU and up to three GPUs, for the absolute best performance in Resolve Studio.