The new PowerShot SX740 HS is a long zoom in a small package, offering a 40x optical zoom in a pocket-sized travel camera. Will Canon’s popular DSLR’s be next? 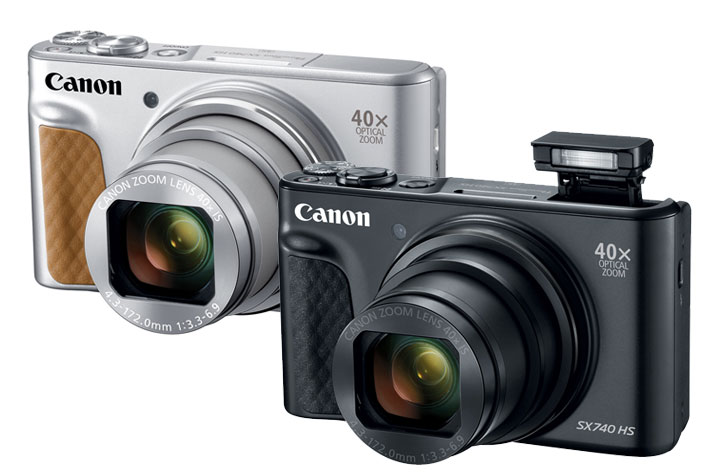 It’s a first for the PowerShot family of cameras: 4K video. Canon may keep 4K UHD away from its mainstream DSLRs, but entry-level photographers get the much requested feature.

Nikon’s recent COOLPIX P1000 takes the crown when it comes to zooming, with a 125x optical zoom that takes the lens from 24-3000mm, which can be doubled, almost magically, through the use of Dynamic Fine Zoom4, to 6000mm without, according to Nikon, any apparent loss of quality, and up to 12000mm by the pure digital zoom also available. Canon’s camera is more modest in this department, covering everything between 24-960mm (equivalent to 35mm), and going up to 1920mm when you use Canon’s own ZoomPlus technology, which digitally increases the 40x optical zoom to 80x. 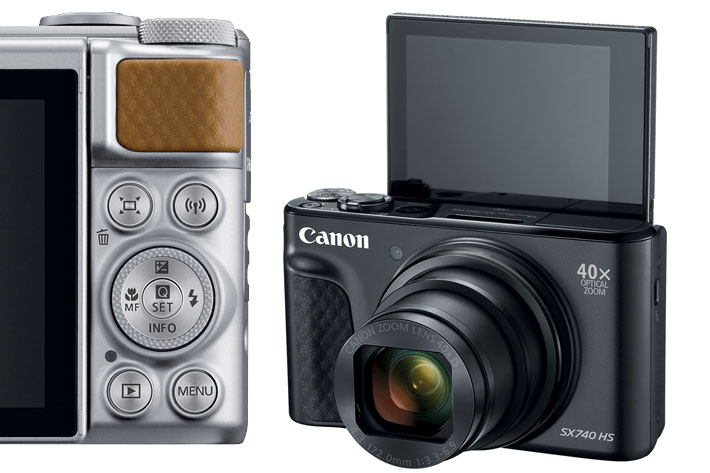 The 24-960mm f/3.3-6.9 zoom lens works with a ½.3 back-illuminated 20.3 Megapixel CMOS imaging sensor, all powered by Canon’s DIGIC 8 image processor, which allows the camera to capture images at a high-speed continuous shooting up to 7.4fps. With the zoom range, dual-sensing image stabilization, automatic image transfer, feature assistant and a 3.0-inch LCD screen that rotates 180 degrees, the PowerShot SX740 HS is presented by Canon as the ultimate ‘all-in-one’ solution to capture holiday adventures in crisp and rich detail.

Storytelling is a buzzword these days, so it should not surprise us to see the word mentioned by everyone. After all, since the first day they were built, cameras have been used for storytelling. Kazuto Ogawa, president and COO, Canon U.S.A., Inc., only followed the trend when he announced that “We remain committed to incorporating the latest technologies and innovations into Canon products that help meet the needs of our customers. As we continue to grow the popular PowerShot SX-series, we are excited to offer more imaging solutions that encourage visual storytelling.” 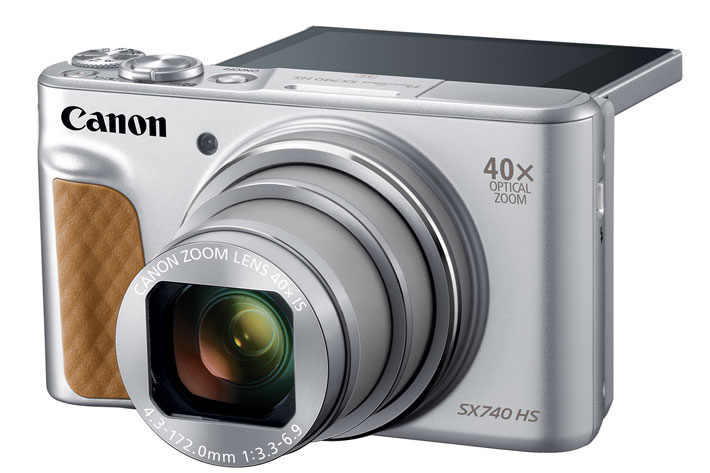 A camera that may interest vloggers, those modern day storytellers, the PowerShot SX740 HS offers a 180° flip-up LCD, which makes perfect positioning and composition easier, and is also ideal for solo travelers who need to document their travels, or anyone who needs to take selfies, using the Self Portrait mode.

The camera integrates effortlessly with smart devices, using the free Canon Camera Connect app for compatible iOS and Android devices, making sharing and storing once-in-a-lifetime moments an easy task. Using Wi-Fi and always-on Bluetooth connectivity,  the camera will maintain a connection to iOS or Android devices, tagging photos with GPS location data to map out adventures across the globe. Photos and videos can be transferred from the camera to smart devices automatically for easy posting on social media, making the step from capturing to sharing with the world effortless. In addition, content can be saved on Canon’s Irista cloud storage platform or synced automatically and wirelessly to PCs and Macs.

In terms of video the PowerShot SX740 HS features 4K UHD video and 5-axis stabilisation, so subjects can be captured from a distance in rich detail, even when photographing on the move. The PowerShot SX740 HS can also record 4K Ultra High Definition time-lapse footage and 4K UHD frame grabs from 4K movie, which translate into a single image with approximately 8MP. The introduction of 4K UHD video is a first for the PowerShot family and it will be interesting to see if Canon extends the use of 4K UHD video to its mainstream DSLRs – EOS 7D, EOS 80D and others – , where it has been absent, despite the fact that other brands have introduced it. Canon uses 4K UHD on its EOS M series.

Canon says that the PowerShot SX740 HS rapid auto-focus and fast responsiveness allows spontaneous moments to be photographed with ease. Able to capture 10fps in One shot mode and up to  7,4 fps in continuous shooting, the new camera, available in silver and black, will be available for purchase in late August for $399.99.