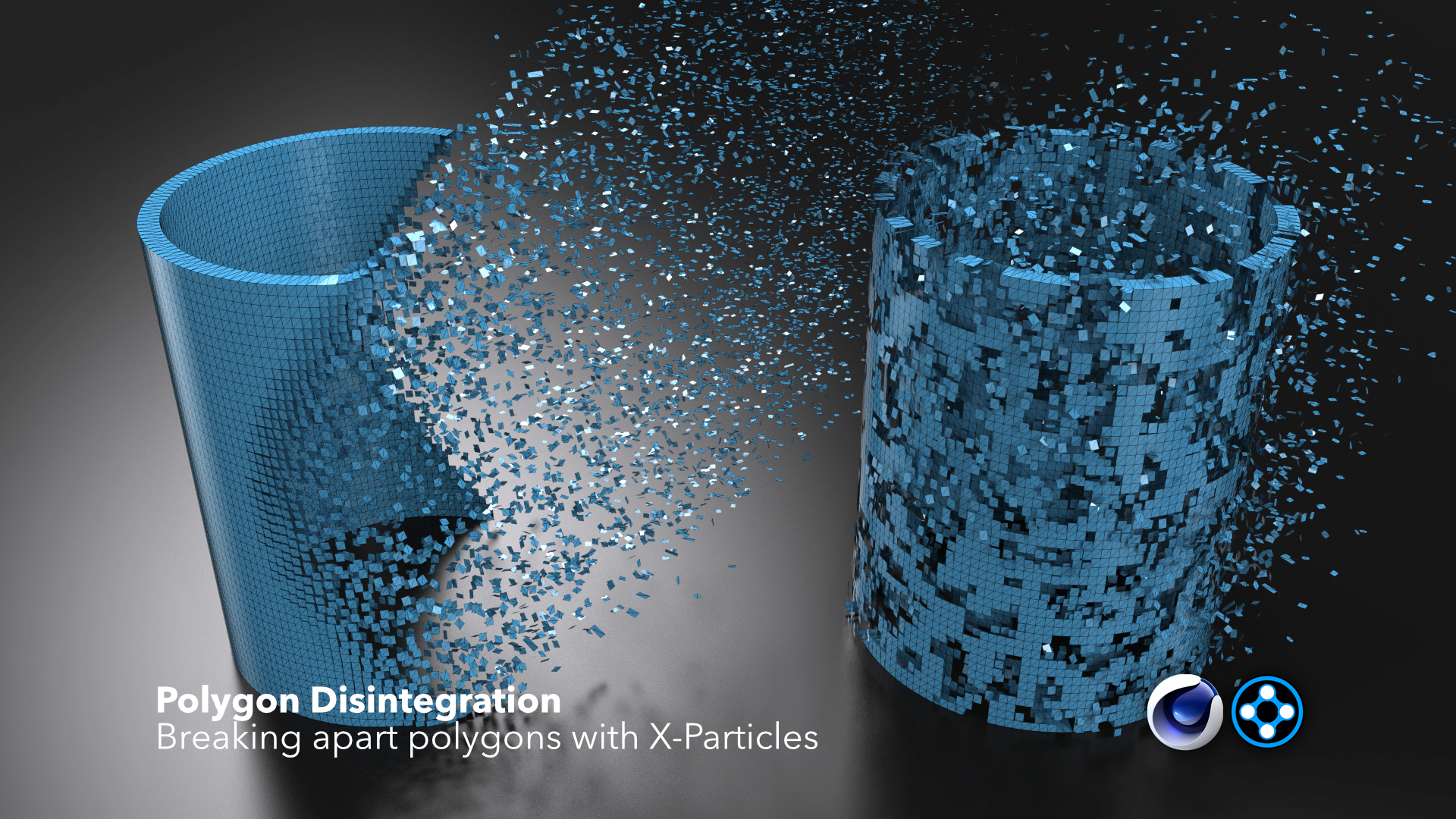 With the popularity of the Avengers Thanos ash effect, I decided to create a variant with X-Particles. It’s very similiar in movement, but focuses primarility on ripping the polygons of a mesh object apart which gives it a nice mix of blockiness, and fluid flow. Since this effect is dependant on the polygons of a 3D geometry mesh, you will have to decide on your own as to how many polygons will work for your use. Just like with pixels, the higher the density of polygons, the sharper the resolution of the effect. The low poly look does have it’s own neat appearance though.

Not much to really say on this one, so let’s get right to it.