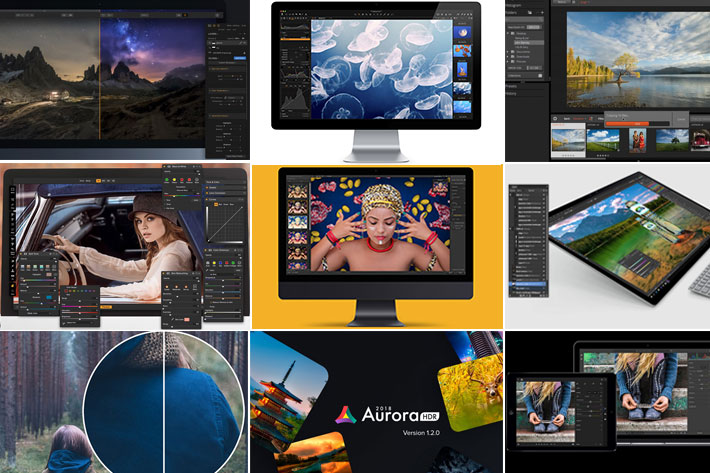 Lightroom was once the reference in terms of a new generation of photo editors. Now that LR is “old” and trying to renew itself, the market is crowded with different solutions and an aggressive marketing.

It was not so long ago that Adobe Lightroom was the reference in terms of photo editing. For a decade, there was LR and multiple plugins that would work with it, many only with it – or Photoshop. Somewhere along the way some of these products – ON1 plugins, for example – started to be offered with their own interface, although continuing to claim their compatibility with the market references, Adobe Lightroom and Photoshop.

The photo editing market has changed drastically in recent years, a change I’ve followed with some interest, not only because it expands on the options available to users, which is good, but also because it makes new technology appear at a faster pace. Suddenly the Lightroom kingdom was shattered, and photographers have choice, maybe more choice than they expected or wanted: now it is hard, sometimes, to decide what to use, so many new promises are made for each edition of the programs available.

Reintroduced early June, Nik Collection 2018 by DxO, the old Nik Software plugins acquired by Google in 2012 and said to be dead in 2017, are a sign of the continued expansion of this segment of the market. Yes, it is true, these plugins are just that, plugins, now completely compatible with Adobe Lightroom Classic CC, Photoshop CC 2018, and Photoshop Elements CC 2017/2018, but they can be compared to all the other plugins that became full programs, although keeping compatibility, not only with Adobe products but with other photo editors.

The new releases of some of these products have been mentioned here at ProVideo Coalition, and I’ve covered some of them in more detail, as is the case of ON1 Photo RAW 2018.5 update for this month. What attracted my attention to the announcements was the date chosen by the companies behind all these products or new features and updates to launch them: the last 48 hours we’ve been bombarded with new versions or new options from the actual “kids in town”: Skylum, with Aurora HDR 2018 1.2.0, ON1 with the major update named ON1 Photo RAW 2018.5 and Topaz Labs with its AI Clear new solution.

Adobe also chose June to update Lightroom CC, with a new release, version 1.4 which rolls out new features and enhancements, support for new cameras and lenses, and bug fixes. The company also updated its Camera RAW to version 10.4, meaning that both Lightroom and Photoshop CC received updates, but Adobe update’s seem to pale under the marketing barrage of the newcomers.

We’ve moved from what could be considered a one app universe to one where multiple apps aim to place a shortcut on our desktops, each of them promising the best features and, usually, a key marketing offer: no subscription. Adobe’s decision to follow a subscription model fueled, I believe, the development of many of the previous plugins as complete programs, offering a new alternative to photographers at a time when many pondered about what to do next. Even Topaz Labs, which was essentially a plugin company, although it did offer interfaces for some of its plugins, allowing their use standalone, created its own program. Named Topaz Studio, it is completely free,  includes many essential plugins, while Topaz Labs sells Pro versions of some, as is the case with the new Topaz Labs AI Clear launched this month.

Available exclusively as a Pro Adjustment within Topaz Studio, and priced at $59.99, AI Clear uses Artificial Intelligence to repair noise and restore detail. Topaz Labs says that “with one click, AI Clear detects and removes noise while sharpening the details in your images” putting and end to “painstaking hours spent trying to manually remove distracting image noise.”

Furthermore, Topaz Labs says that AI Clear is the first desktop application that uses a custom AI noise model to quickly remove image noise and enhance image details, adding that “other AI implementations require you to upload your image to an external server for cloud processing, taking control of your images out of your hands and taking minutes or hours to get you a processed result. AI Clear uses your machine to process and enhance your images locally without costing you time, bandwidth, and control.”

The fact that AI Clear is available exclusively for Topaz Studio is a departure from the plugin philosophy common at Topaz Labs, and suggests the company sees the new feature as an asset that can help to promote its own photo editing solution, especially because noise reduction continues to be an essential element of image editing. Topaz says that “AI Clear’s custom neural network goes further than noise reduction. By analyzing so many millions of images we’ve also trained the model to recognize and remove some of the blur created from long exposure times. The result is a sharper and more detailed image, while becoming noise free.” 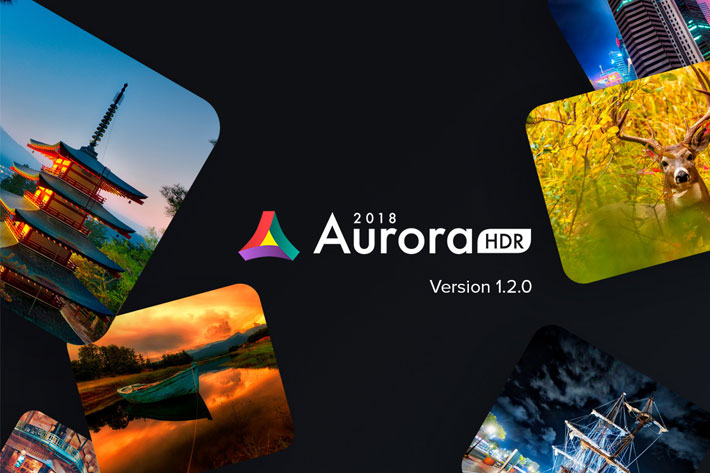 Skylum’s new release, Aurora HDR 2018 1.2.0, is also very specific, as this is the HDR photo editor from a company that also offers a complete photo editor, Luminar 2018. According to Skylum, Aurora HDR is now faster across the board with a massive boost in performance on both Windows and MacOS computers. Specifically, performance on MacOS computers is up 180% when working with bracketed shots and 175% when working with single images. On Windows computers, Aurora HDR is now 500% faster when working with bracketed shots and 400% for single images. Aurora HDR also makes better use of memory, with more intelligent management and improved stability.

This version of Aurora HDR introduces some other features for both Windows and MacOS users, and is now compatible with the brand-new Loupedeck+ photo editing console. The updated Loupedeck+ console features improved build quality, updated mechanical keys for a more precise feel, two customizable dials, and an all new “Custom Mode” that allows users full control of all dials.

The Loupedeck association does not come as a surprise to me, as I wrote here at ProVideo Coalition, last April, that “the photo editing market, with the series of new solutions available as alternatives to Adobe’s products, may well be a good field to explore with new versions of the Loupedeck console, and the fact that many of these programs – ON1 Photo RAW, Luminar or Affinity Photo, to mention some – share many functions with Lightroom, make it probably easy to adapt the console for other options.”

Loupedeck, which was presented as a Lightroom console, announced on its website that the company was recruiting new talent, preparing for the development of the various new projects being considered, and the first sign of that evolution is here now, with the compatibility with the newest version of Aurora HDR.

Make the switch today is the opening line for the announcement of the new ON1 Photo RAW 2018.5,  a release with “massive performance upgrades and powerful new features” which, says ON1, is “the best new alternative (or companion) to Adobe Lightroom”. Available for Mac or Windows as a standalone application or as a plug-in for Adobe Photoshop and Lightroom, version 2018.5 is a free upgrade for owners of Photo RAW 2018. If you don’t own it and want to try it for free, you can, for 30 days, and, if you decide to buy it, the price is $79.99, and as ON1 claims, it’s a no subscription program, meaning, as the marketing says, “own it forever, keep it forever”.

ON1 says that the new update offers fast photo management, hundreds of customizable photo effects, LUTs, powerful masking tools, HDR, panos, layers, and other Lightroom and Photoshop-like features, ON1 Photo RAW 2018.5, making the program “the perfect alternative to Adobe that you can own, not rent” and invites photographers to download now and try the program.

The marketing strategies used by these companies and the fact that none of these programs require a subscription may well have moved thousands of users to other solutions beyond the Adobe universe, but Adobe continues to report record revenue. The last information from the company indicates that “Adobe achieved record quarterly revenue of $2.20 billion in its second quarter of fiscal year 2018, which represents 24 percent year-over-year revenue growth”, suggesting the subscription model is working for them.

It will be interesting to see what happens in a not so distant future, as Adobe Photoshop CS6, which is still used by many photographers, needs to be updated. Will photographers who have not yet moved forward embrace Adobe’s subscription model, or search for an alternative, of which there are many available, not only those mentioned here, but others, as Affinity Photo, Capture One or Alien Skin’s ExposureX3, to mention just a few. In fact, Lightroom is no longer the reference in terms of modern photo editors – it is 10 years old – and the number of alternatives has grown in recent years, to the point that now they are all fighting each other to place a shortcut on your desktop. Looking at the future, two questions remain: “is there a market for all these photo editors?”  and “will those alternative programs continue to offer a no subscription model?”.