The new LUMIX G100, raising the bar for content production and user experience in the vlog camera category, is Panasonic’s first step into the world of vlogging. Will it succeed? 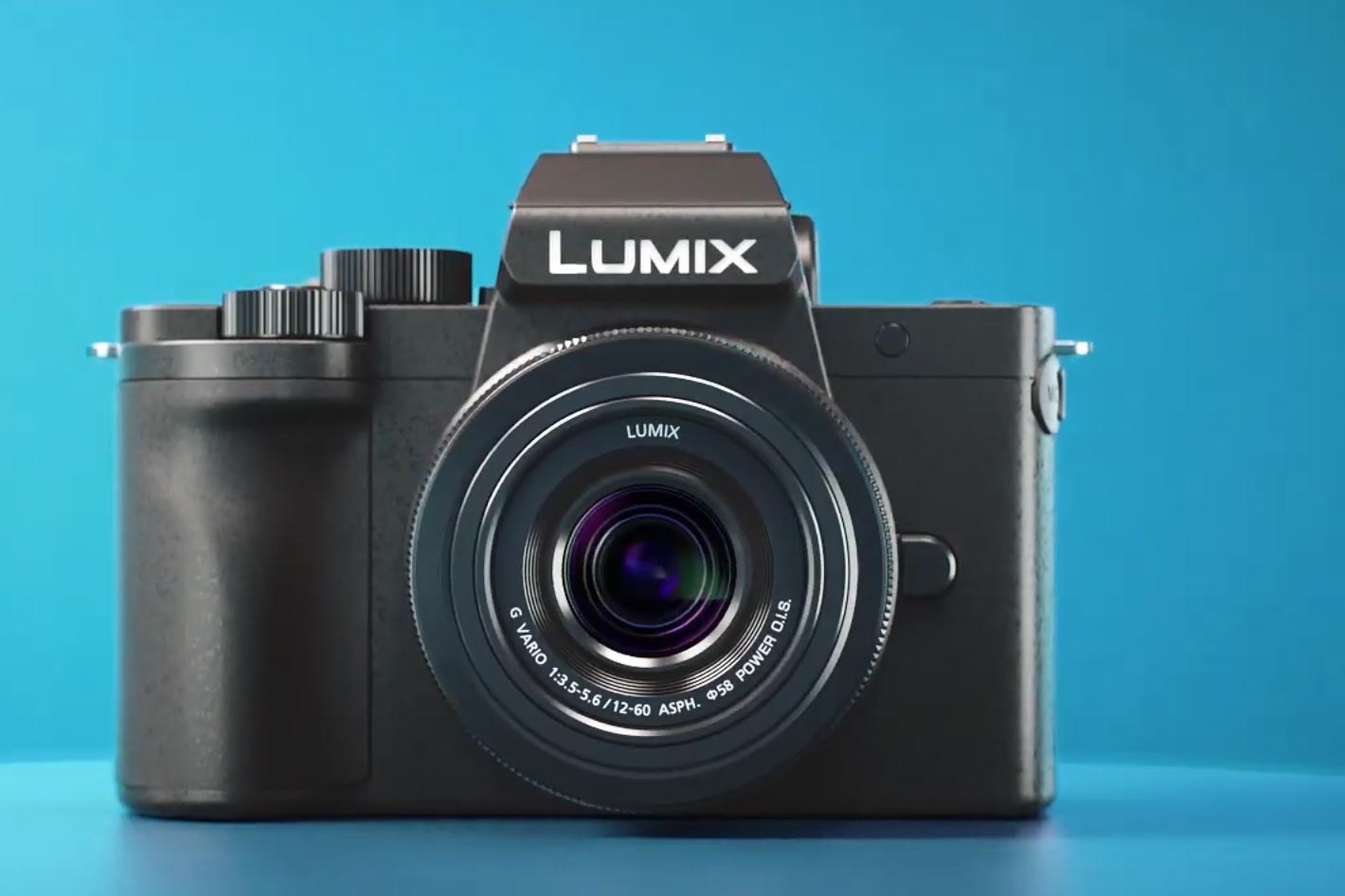 Announced as the “logical next step from your smartphone” the LUMIX G100 is the first MFT camera to offer spatial audio, and it’s available for $750 with a 12-23mm lens and a tripod.

The Panasonic LUMIX G100 may be a “G” series camera, but it is, to a certain extent, a departure from what you would expect from a LUMIX G camera. This very compact and lightweight camera – 412 g with the LUMIX G VARIO 12-32mm / F3.5-5.6 ASPH. / MEGA O.I.S.lens is Panasonic’s first model designed with vloggers in mind, offering a series of features you expect to find, as a vlogger, in a camera.

Panasonic believes there is space for the company in the – expanding? – world of vlogging, where you’ll find models from Canon and Sony, so the company announced its new Digital Single Lens Mirrorless camera designed and developed for creating high-quality, versatile content. With, says Panasonic, “intuitive controls, visually engaging images and excellent sound quality”, the camera raises “the bar for content production and user experience in the vlog camera category. Usability is further enhanced by its remarkably compact and lightweight design that doesn’t skimp on functionality and creative options.”

Presented as the logical next step from your smartphone, the LUMIX G100 has to compete with camera models from other companies aiming at the same public, and also has to face the challenge of smartphones that are more capable for each new generation, and offer quality more than enough for many vloggers. The camera’s small dimensions – 115.6 x 82.5 x 54.2 mm – and the weight of 352 g, with battery and memory card, are important to seduce potential users, but, despite its price, the LUMIX G100 may have a difficult task ahead. 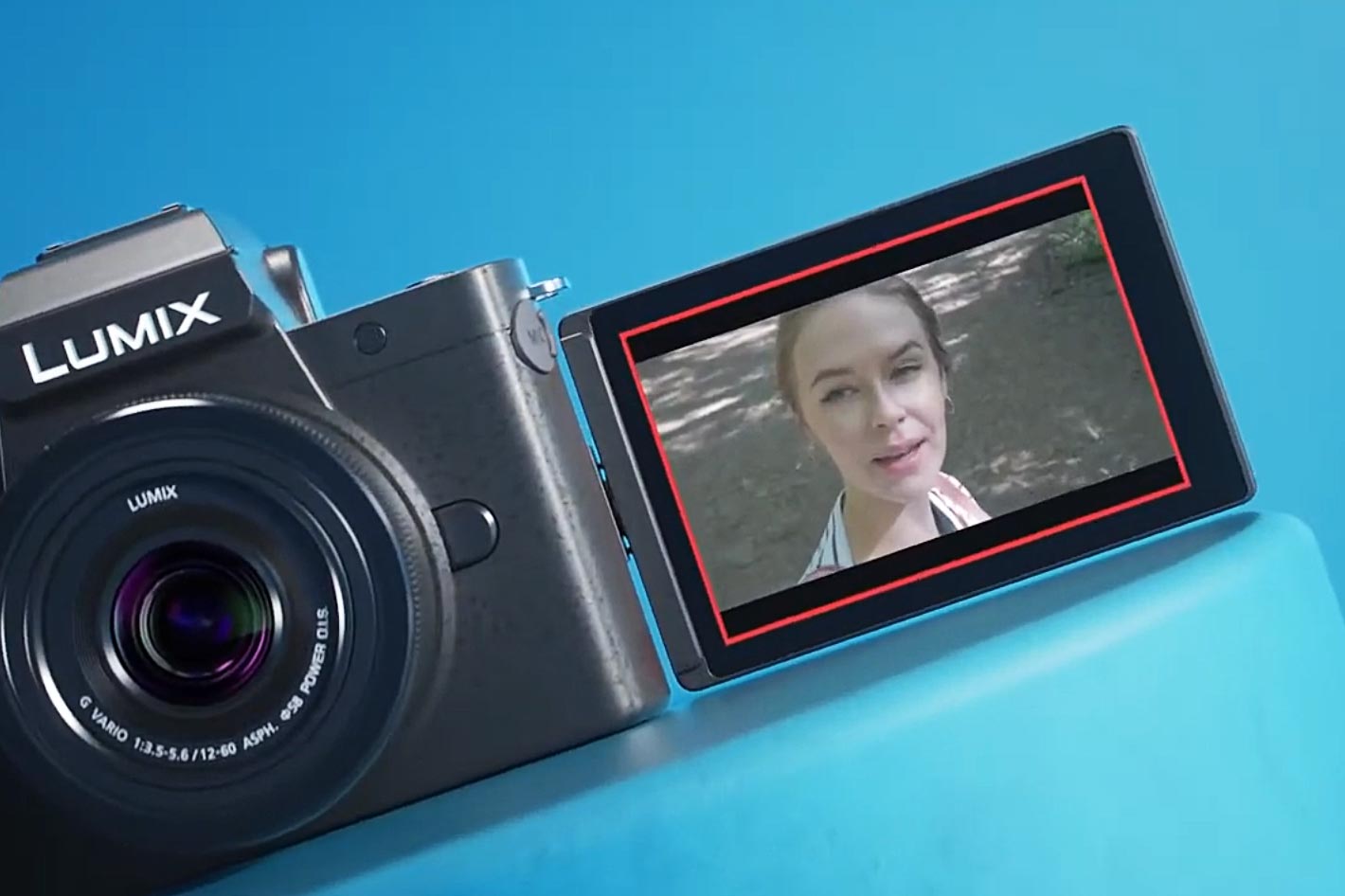 Still, Panasonic is right when the company states that with their limited sensor size and optics, smartphones can only take your creativity so far. The specifications of the new camera leave no doubt: it uses a smartphone crushing Micro Four Thirds sensor that records smooth, high-resolution QFHD 4K videos in 3840 x 2160 resolution at 30p or 24p in MP4 and Full-HD at 60p. It should be noted, though, that recording stops when the continuous recording time exceeds 10 minutes with MP4 in 4K.

Image stabilization also guarantees better results than with most smartphones. The five-axis hybrid I.S. (image stabilizer) in the LUMIX G100 provides effective shake suppression essential for capturing stable, easy-to-see video in scenarios such as walking or in a moving vehicle. In addition, the new Video Selfie Mode easily captures both the videographer and background in crisp focus without adjustments of aperture that changes with the lens each time. There is no IBIS, though…

The 3.0-inch free-angle rear monitor with 1,840K-dot high resolution, which adopts a static-type touch control system,  makes it easy to compose selfies as well as shots from a high or low angle. Convenient shooting assist functions allow the Frame Maker to check the composition during recording in various popular aspect ratios such as 16:9, 4:3, 1:1, 4:5, 5:4 and 9:16. For easy viewing of the status of recording, the REC Frame Indicator displays an eye-catching red frame so that videographers can recognize whether the camera is recording or not at a glance, something vloggers will appreciate. 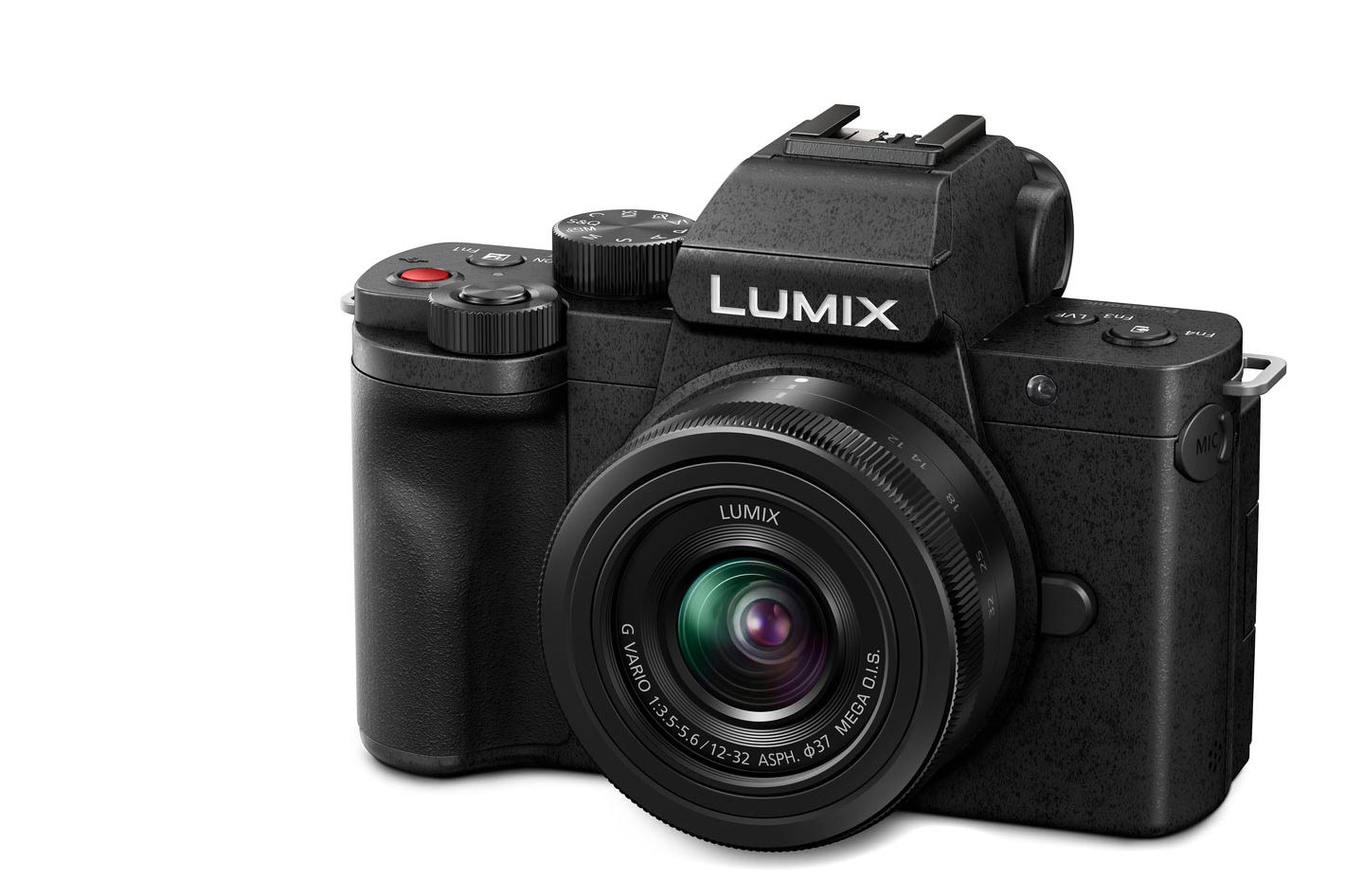 Sound is a key element in video and vloggers need to have a reliable and versatile sound solution. The LUMIX G100 integrates OZO Audio by Nokia for high-quality spatial audio recording, a first for a Digital Single Lens Mirrorless camera. Engineered for universal playback and shareability across the world’s most popular social media platforms, the OZO Audio enables users to capture and edit the full richness of sonic life with vibrant accuracy and precision. 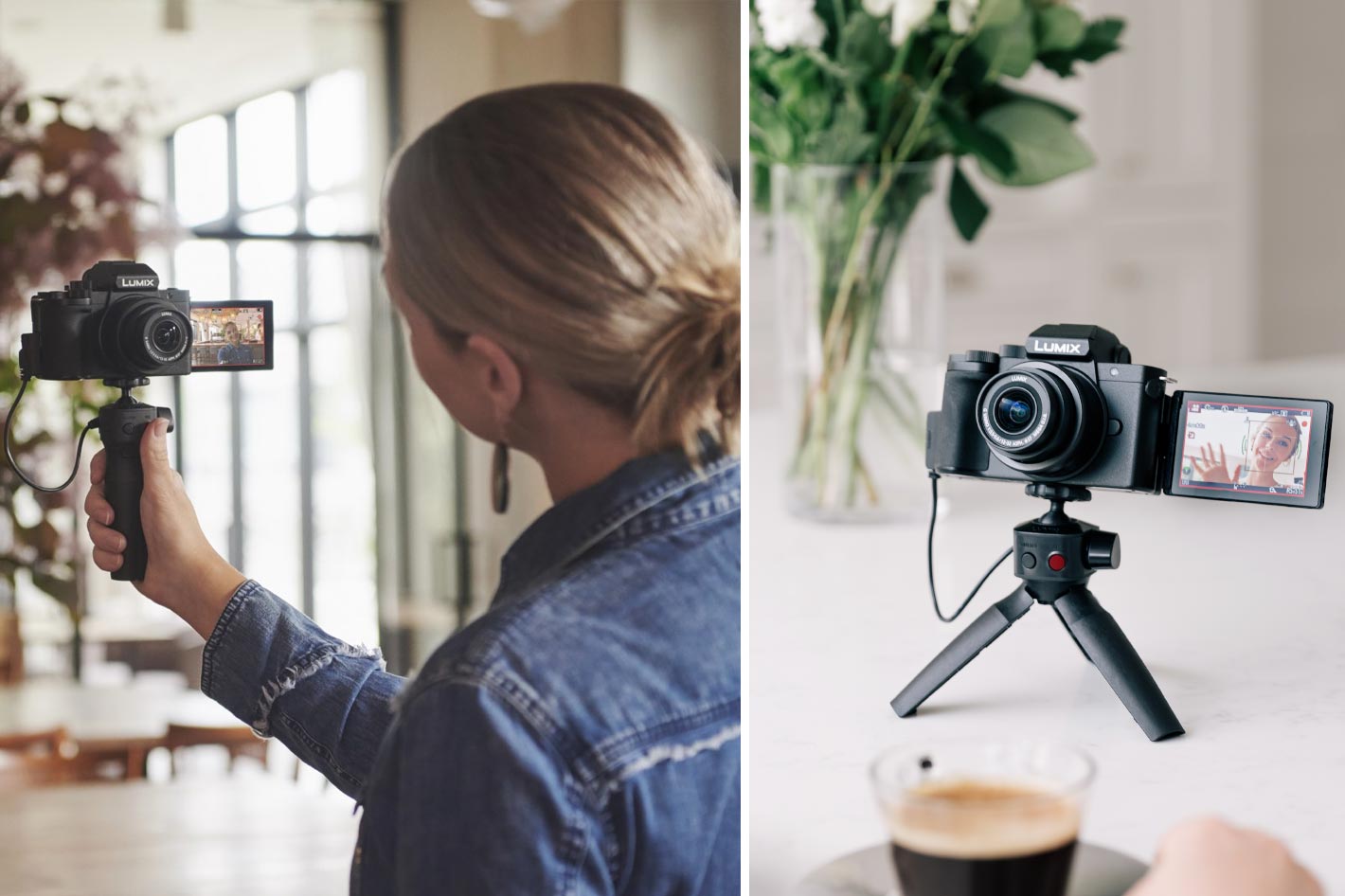 Despite being announced as a vlogging camera, the LUMIX G100 also caters for the needs of those content creators that want to take the experience beyond the simple recording of high-quality material. Advanced videographers will appreciate the V-LogL recording capability; users can apply the LUT (Look Up Table) of their choice on the recorded V-LogL footage via a PC to create a differentiated video with subtle colors and moods.

Photographers will also appreciate the LUMIX G100 as a small, take everywhere camera. Features such as the 4K technology, along with the 3,680K-dot equivalent center-aligned viewfinder, allow users to capture 4K PHOTO shots, excelling in performance and function for photo shooting. Able to save spontaneous shots by just selecting the frame out of a burst file sequence, users will never miss a moment.

As expected from a camera designed with social platforms in mind, the LUMIX G100 integrates Bluetooth and Wi-Fi 2.4GHz (IEEE802.11b/g/n) connectivity to offer a more flexible shooting experience and easy instant image sharing. A dedicated upload button controls video and photo transfer to a smartphone via Panasonic’s LUMIX Sync app for iOS / Android. Users can also use their smartphone as a remote control to capture video and photo. 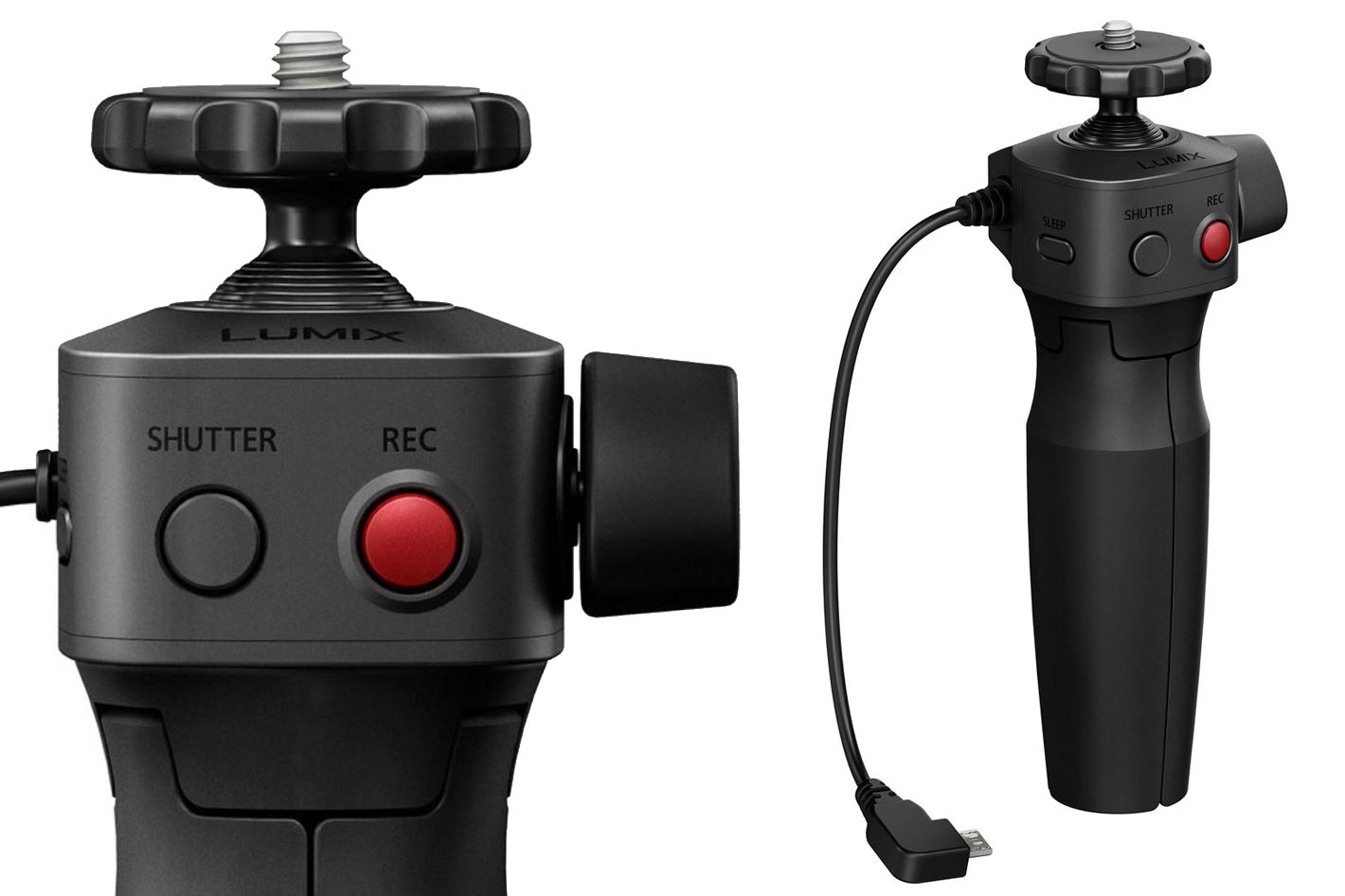 HDMI allows video output via the LUMIX G100, or it can be used as a webcam that provides exceptional image quality with rich depth of field and high quality sound for streaming – a a separate streaming software for PC is required –  in combination with an HDMI video capture device. It is important to remember that it is not possible to stream live in 4K, and that while using the HDMI output function, video cannot be recorded.

Portable, compact and lightweight, even with the LUMIX G VARIO 12-32mm / F3.5-5.6 ASPH. / MEGA O.I.S. lens attached, the camera is presented with a new Tripod Grip DMW-SHGR1 that makes it even easier to hold the camera or can be used as a compact tripod. Connecting with the camera via USB allows the user to start/stop video recording, release the shutter and enable/disable sleep mode. The camera’s battery can be recharged either via AC or USB according to the user’s convenience.

The LUMIX G100 will be available for sale at the end of July. Only time will tell if many users will step up from their smartphones to this vlogging camera, the first from Panasonic. Announced the same day Olympus reveals it is exiting the market – again – which is a bad omen for Micro Four Thirds, the LUMIX G100 may be “to little, to late” as vlogging goes. But no one really knows how the market evolves.

Vloggers have another camera to choose from: the Sony ZV-E10, which the company introduces as a camera with a...