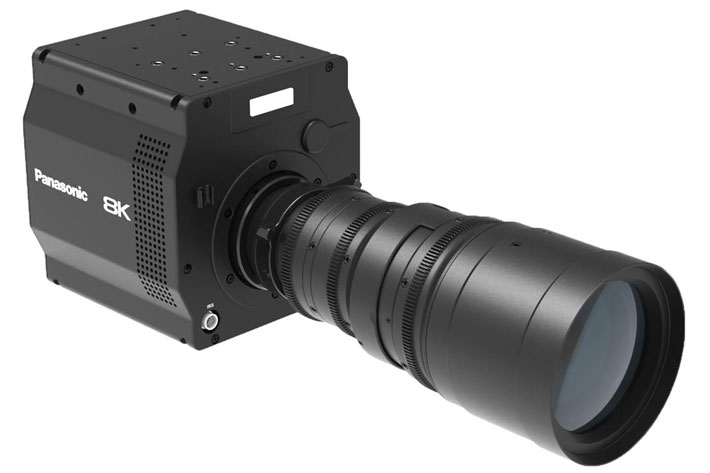 Available by the end of 2019, the 8K Panasonic AK-SHB810 is announced as a compact, lightweight, box-type camera that uses a PL lens mount and has electrically implemented ND filters.

In 2018, Panasonic is celebrating its 100th anniversary, and announces a world’s first with its 8K AK-SHB810, as the company prepares to enter its second century. The research and development announced in 2013 finally takes the shape of a commercial product that marks the start of a new era in terms of how filmmakers control light. It’s the right time to remember that Panasonic started, 100 years ago, with a first device, related to light, that became iconic: the “Attachment Plug”, introduced by the founder of the company, Konosuke Matsushita.

The inaugural product was a tour de force in 1918, an age where there were no wall outlets in Japan, and families used the light bulb socket from the ceiling as the source of electricity. At night, though, with the bulb in place, it was impossible to use any other electronic product. The available solution was a type of connector allowing to connect the cables of electronic products to the light bulb socket.

Panasonic’s 23-year old founder, though, realized cost cuttings by reusing the sockets of used light bulbs and the newly developed Attachment Plugs that were of better quality and cheaper by 30-50% were very well received. The Lighting Cluster, from 1920, improved on  the initial design. There wiring devices are the roots of the company and Panasonic’s wiring devices remain a key pillar of business for the company. And it was all about light, as it is now, in a different way, with the announcement of the AK-SHB810 camera. 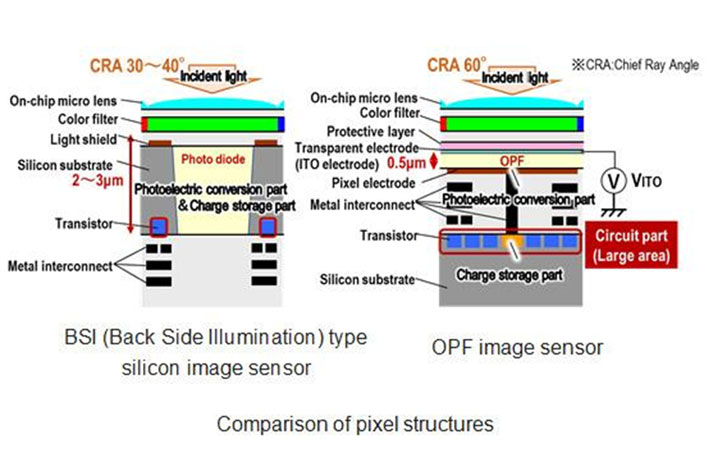 The use of an 8K organic sensor in the new AK-SHB810 camera, which will be the first in the world, represents a new step forward for the technology, which results from cooperation between Panasonic and  Fujifilm that dates back to 2013. Both companies announced, then, the development of an organic CMOS image sensor technology using an organic photoelectric conversion layer with a photoelectric conversion property at the light receiving section of an image sensor to achieve performance beyond that of conventional image sensors.

While there was no camera available, then, to demonstrate the technology, it represented good news for filmmakers and to the imaging community in general, as these sensors can be used for moving images but also for stills. The information available at the time indicated that “applying this technology to the image sensors of digital cameras and other imaging devices expands its dynamic range and enhances sensitivity further to prevent highlight clipping in bright scenes and capture a dark subject with vivid colors and rich textures.” 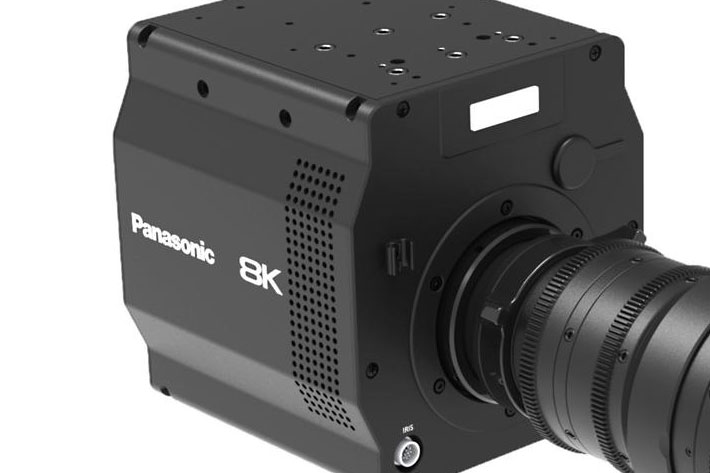 A Fujifilm and Panasonic research

Fujifilm and Panasonic presented the research results at the 2013 Symposium on VLSI Technology (VLSI2013)  in Kyoto on June 11, and at the 2013 International Image Sensor Workshop, in Utah, U.S.A. on June 15. The reference machine that results from the research will be exhibited to the International Broadcast Equipment Exhibition “Inter BEE 2018” held in Makuhari Messe, Chiba from 14 to November 16, 2018.

Although the AK-SHB810  is announced as a “world’s first”, according to Panasonic’s data, it will be interesting to see if other companies – Sony comes to mind – will announce or even make it to the market before the end of 2019, with their own solution. Sony has research in the area and even patents, which suggest the company has the means to design an organic sensor able to improve “image quality and reliability by leaps and bounds”. 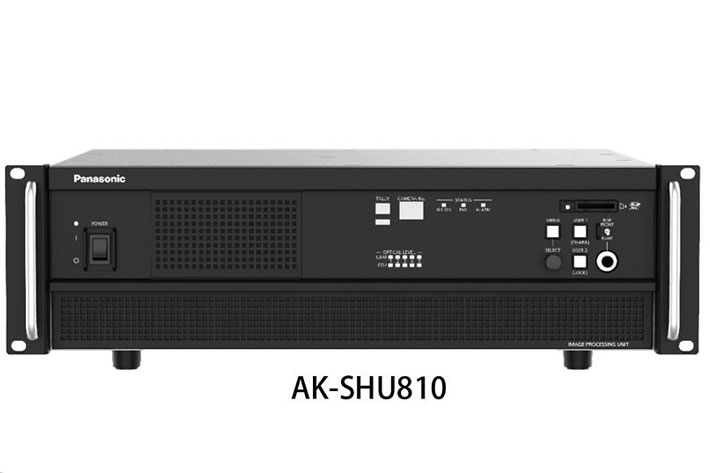 Panasonic: looking ahead to 2020

Panasonics’s 8K Multipurpose Camera AK-SHB810 is able to output 8K / 4K / HD video, connected, through optical fiber cable, to the image processing unit AK-SHU810. The company says that the camera can accommodate a wide range of applications for broadcasting and video production, thanks to the versatility of 8K video image and the compactness and light weight of the multi-purpose camera.

This new model allows Panasonic to expand its ongoing offer in terms of 8K devices, which includes the 8K Super Hi-Vision recorder AJ-ZS0580 last year. Looking ahead to 2020, the company wants to continue developing “4K  and 8K devices and systems that can withstand actual operation, support high image quality of broadcast production and efficiency of broadcasting services, and contribute to the development of the broadcasting industry.” 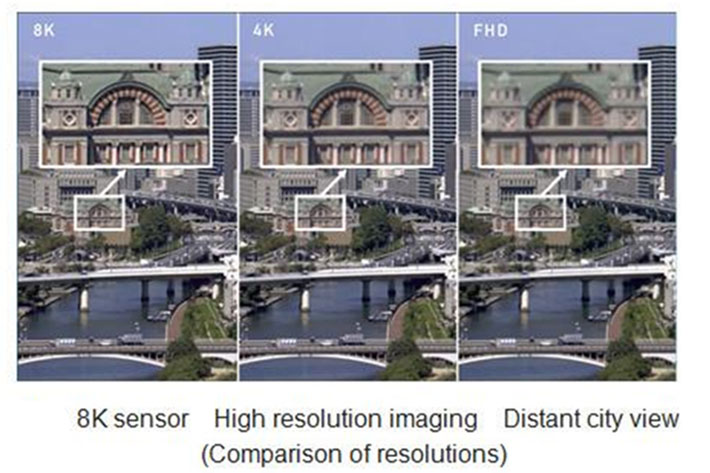 Information about the new camera in terms of sensor size and other specifications is scarce at the moment, but the base technology is the same Panasonic revealed last February, so it makes sense to revisit some of the information to better understand the options available in the real world. The technological aspects may not be interesting to everybody, but their practical use is, certainly, something that interests every single filmmaker or photographer.

According to Panasonic, the core advantages of the organic sensor are the following: 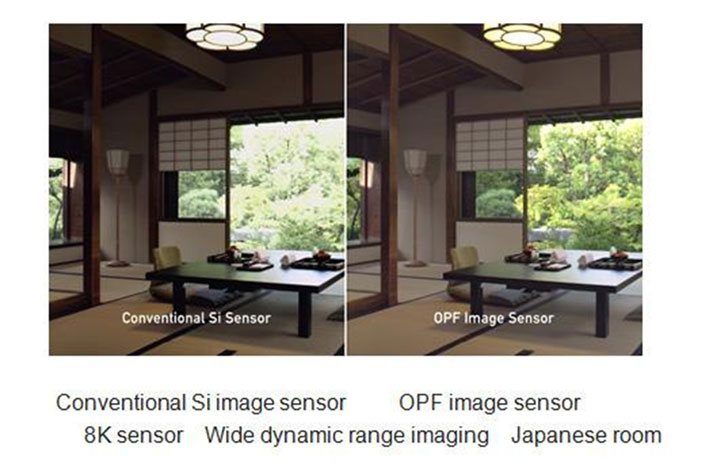 With the technology, it is possible to capture images at 8K resolution, even in high contrast scenes, such as a field under strong sunlight and shaded spectator seats under a stadium roof. Moreover, by utilizing the global shutter function that enables simultaneous image capture by all pixels, the system will be able to capture moving objects instantaneously without distortion.

The possibilities do not stop there, though. The OPF CMOS image sensor on the AK-SHB810 structure allows Panasonic to develop high-speed noise cancellation technology and high saturation technology in the circuit area which has a large available space. As a result, it is possible to realize simultaneously 8K resolution, 60fps framerate readout, wide dynamic range (by achieving a high saturation level) and global shutter function, which are normally traded off. 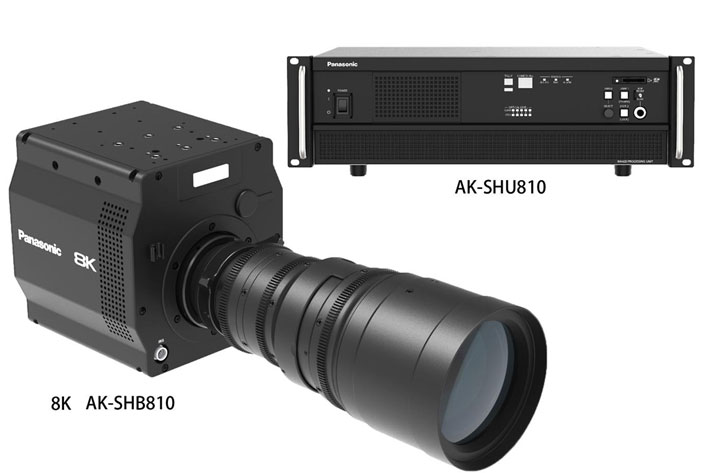 The OPF CMOS image sensor also allows a new approach to the use of Neutral Density filters. Both photographers and cinematographers need to use different ND filters, according to capture conditions, and change them. Some cameras have filters integrated, with a limited range of ND values, but many users need to carry a selection of NDs with them all the time. The OPF CMOS image sensor allows users, merely by controlling the voltage applied to the OPF, to change the sensitivity of the OPF to the desired value, meaning it is possible to electrically implement the ND filter function.

The idea of not having to carry any NDs with you when using one of these sensors, and still being able to control light reaching the sensor and the creative process, is good news. It becomes possible to simplify the photographic equipment and continuously, steplessly control the sensitivity which could not be realized with a conventional silicon sensor.

Price for the Panasonic AK-SHB810 is not yet announced, but can be expected to be high. But as happens with everything else, once the technology becomes available and is used in different models and for different markets, production costs come down. In a not so distant future, cameras will get better through the use of these sensors, and it will be interesting to see if Panasonic will use them in their new full frame models. Due to the initial partnership, one has to ask, also, if Fujifilm will ever use a similar technology in their cameras, from the X or G families.