It’s a first for National Geographic, but also a first for the Vuze VR Camera: 3D Virtual Reality shot inside the International Space Station, for the TV series One Strange Rock. 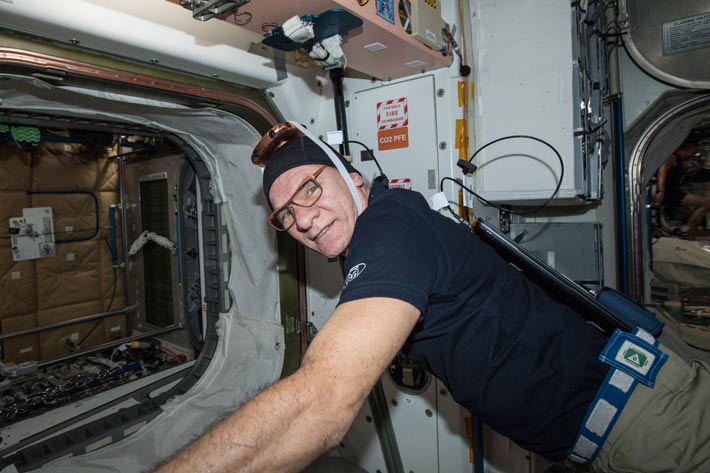 The National Geographic series One Strange Rock, from executive producers Darren Aronofsky and Jane Root, tells viewers the story of Earth, told through the only people who have ever left it: astronauts. To bring the astronauts’ viewpoint even closer to those on Earth, National Geographic partnered with VR experts Humaneyes Technologies to deploy the Vuze VR camera, the first 3D-360-degree VR camera that captures professional-quality International Space Station video and audio to make VR content creation accessible to everyone.

The Vuze VR Camera was selected by National Geographic and NASA after rigorous vetting. At 244 miles above Earth, European Space Agency (ESA) astronaut Paolo Nespoli used the Vuze VR Camera to record everything he heard, saw and felt in the ISS’ working and living quarters along with the stunning sight from the observation deck. Nespoli is an experienced cameraman, and in 2011, during a mission at ISS, he filmed most of the footage for the documentary film First Orbit, being credited as DP. Nespoli also used ESA’s 3D camera to show images of the ISS, and when leaving the station, he took the first pictures of a space shuttle docked with the ISS from the perspective of a Russian Soyuz spacecraft. Now he is the astronaut responsible for most of the footage taken inside the ISS for the series and the ISSVR app. 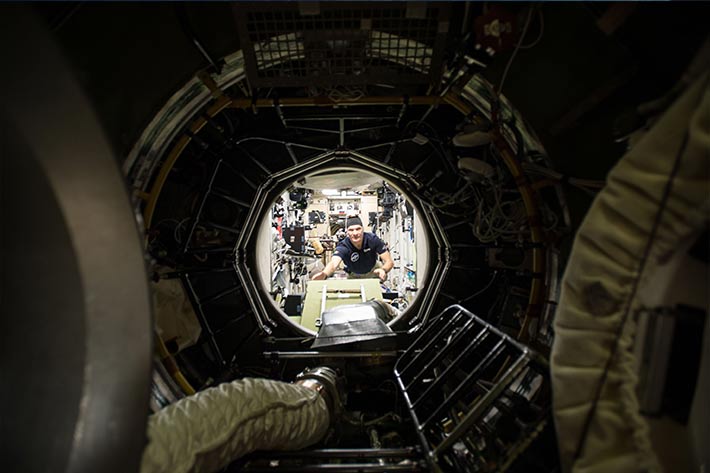 Hosted by Will Smith, One Strange Rock is a mind-bending, full-sensory journey that explores the fragility and wonder of our planet. It’s the extraordinary story of why life as we know it exists on Earth, brought into perspective by those who stare at it from high above: astronauts. This 10-part series, which was filmed across 45 countries, on six continents and from outer space, reveals the twists of fate that have allowed life to emerge, survive and thrive on Earth. One Strange Rock airs on National Geographic on Mondays at 10/9c. 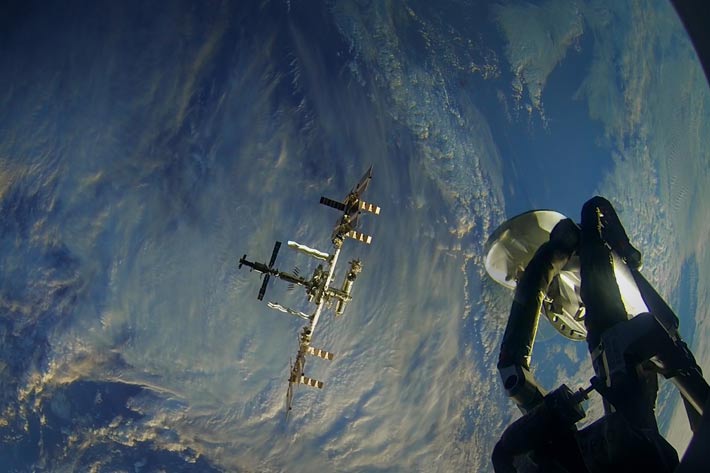 The 3D VR video of Paolo Nespoli’s images gives you, in a little more than 4 minutes, a first experience of what can be the view inside the International Space Station and the view outside. In this first ever 3D Virtual Reality film shot in space, you can fly side-by-side with astronauts, while the ISS travels around the globe at 17-thousand miles per hour. ISSVR is narrated by One Strange Rock former astronauts Chris Hadfield, Mae Jemison, Mike Massimino and Nicole Stott, and it exhibits Nespoli’s experience aboard, giving the user the freedom to look around, glide past high-tech experiments and witness astronauts at work and play as they simultaneously share how life in space has impacted their worldview.

“One Strange Rock gives viewers an enlightened perspective of our magnificent planet, and ISSVR brings them even closer to understanding the larger, intricate forces that we are part of,” says Kyle Christensen, VP of Digital Strategy for National Geographic. “Our purpose in creating ISSVR is to draw people into what makes our experience on Earth exceptional and bring renewed excitement to science and human exploration.” 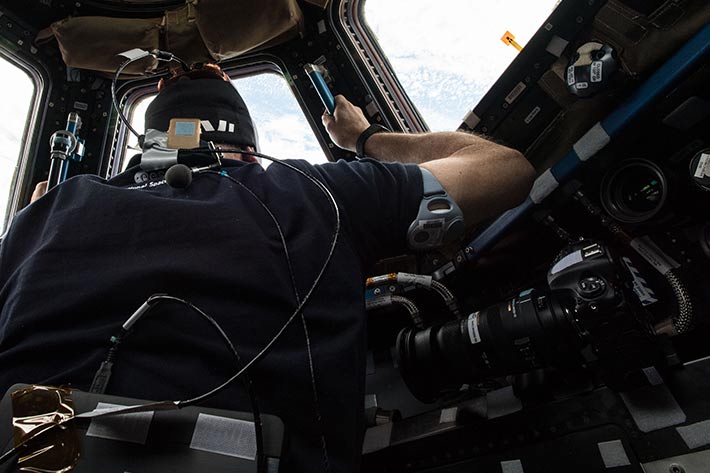 “We were thrilled when the Vuze VR Camera passed the test to go to space. It’s truly a once-in-a-lifetime opportunity to showcase the genuinely immersive experiences the camera creates, allowing viewers to feel as if they were on the ISS themselves,” says Shahar Bin-Nun, CEO of Humaneyes Techonologies. “Plus, its lightweight, compact and durable size proved to be the perfect companion for astronauts to quickly document their day without burdening the crew with additional or complicated camera rigs.”

The Vuze VR Camera was not the only camera used by European Space Agency (ESA) astronaut Paolo Nespoli inside the ISS. Nespoli also used a RED camera, to capture high-resolution cinematic quality video of Peggy Whitson, the first female Space Station Commander. The RED camera enabled him to capture more refined and detailed images of Peggy Whitson’s final day aboard the ISS during her recent record-breaking space mission, documenting her day-to-day life and work before she returned to Earth. The sequences shot with the RED camera will be exclusively revealed in the final episode of One Strange Rock airing on Monday, May 28 at 10/9c. 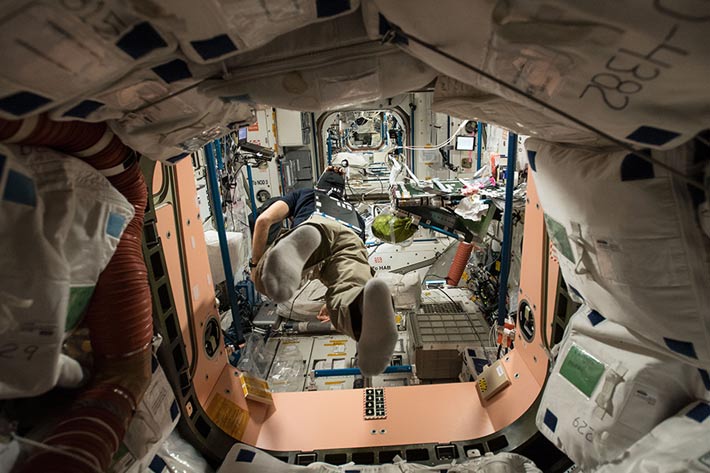 ISSVR was produced for National Geographic by Black Dot Films VR. It is available on all major VR headsets including PlayStation VR, Oculus, Microsoft Mixed Reality, Samsung Gear VR and Vive, as well as National Geographic’s YouTube and Facebook channels and VR app LittlStar. For 3D viewing use the YouTube app for Google cardboard, Daydream or Playstation VR… or experience in 2D 360 via the Youtube app on your smartphone or iPad.